As the death toll of the earthquake that hit the Ludian county in Yunnan province continues to rise, some good news has finally been unearthed. Yesterday, 88-year-old Xiong Zhenfen was successfully rescued after being buried in the rubble for nearly 50 hours. 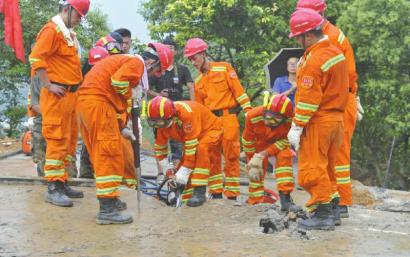 At 1pm, a soldier from Chengdu found that Xiong had been buried for 44 hours but still had vital signs. Rescuers determined her position by talking to her, asking, "Aunty, do you see the light? Help us, we're coming to rescue you."

She promptly replied, "Ah, I can see the light." 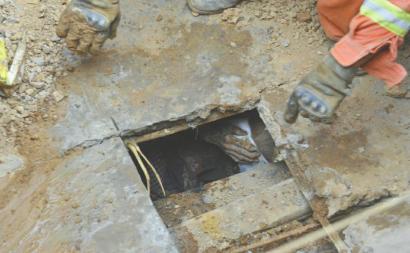 Finally, at 6:41pm, Xiong was rescued after workers dug through 4 meters of rubble to uncover her. Medical personnel covered Xiong's eyes with a cloth and fed her milk and rice pudding. 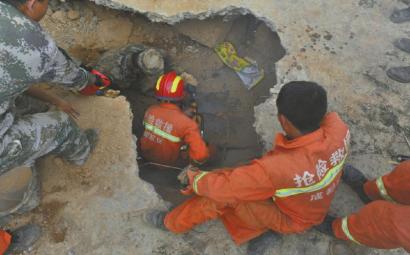 Reports say that she has not suffered any injuries and is in good health. Xiong has been transferred to a hospital for observation and treatment for low levels of blood sugar. 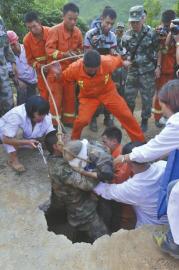 Looks like 88 is a lucky number for some people after all. Ningbo's historic Old Bund Church has been gutted by fire, prompting some to wonder if any connection to the province's "Cross Demolition Movement" exists...