Sometimes you just have to rage against the machine. That's what happend a few days ago when a Dongguan woman had her bank card eaten by a malfunctioning ATM: instead of moaning and calling up her bank, she delved deep into the electronic guts of this misbehaving machine, error messages be damned. 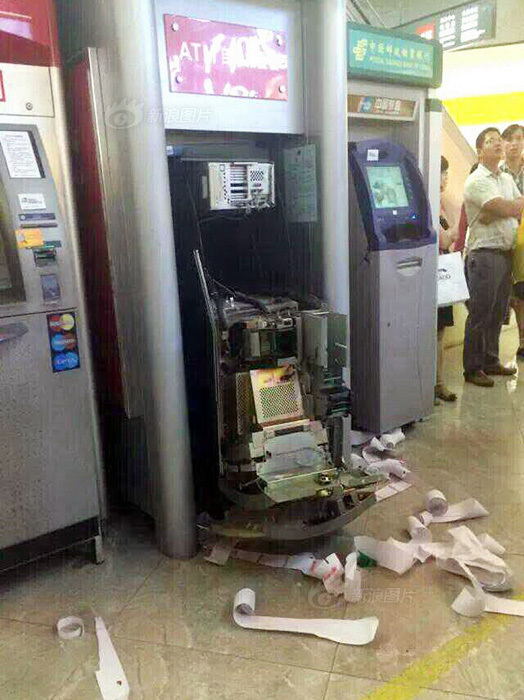 These photos have since gone viral online, as many internet users have apparently experienced the same seething anger at similarly glitch-addled ATMs. When she lost her card, the woman began to hit the machine (fair enough). Things escalated when she proceeded to grab the ATM's frame and pulled, which caused the entire front to collapse and spew receipts, mechanical bits and (we hope) her card. 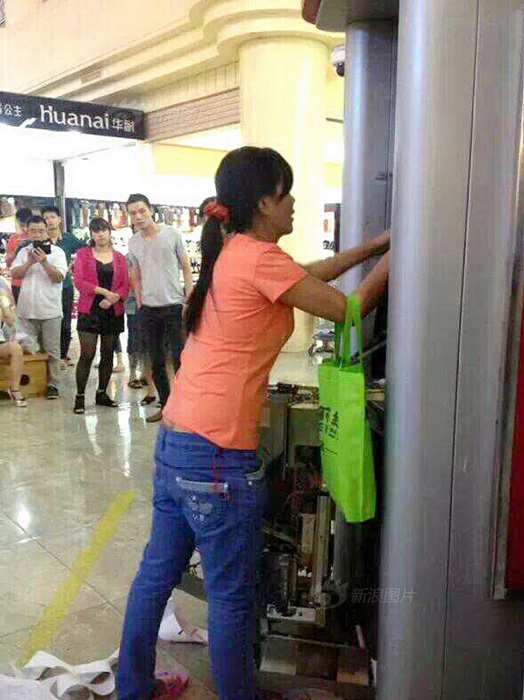 Much to the disappointment of onlookers, no cash came flowing out of the machine. Still, we hope they appreciated this good catharsis when they saw it. Ningbo's historic Old Bund Church has been gutted by fire, prompting some to wonder if any connection to the province's "Cross Demolition Movement" exists...

PHOTOS: Chinese woman trapped after boobs and bum get wedged between two rocks

Between a rock and a... rock. But how did she get out?