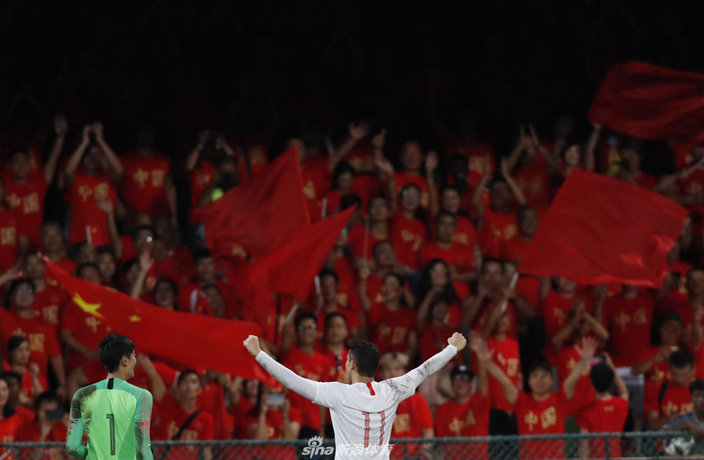 Brazilian-born striker Elkeson, now known as Ai Kesen, scored twice on his debut for China in a 5-0 win over the Maldives in a World Cup qualifier, just a month after becoming a Chinese citizen.

Ai Kesen, born Elkeson de Oliveira Cardoso in Maranhão, Brazil, is the first player of non-Chinese heritage to play for the Chinese national team. He qualified after residing in the country for five years consecutively. The 30-year-old first joined Guangzhou Evergrande from Brazlian club Botafogo at the end of 2012.

The striker became the second naturalized citizen to play for the national team, after half-British, half-Chinese Nico Yennaris, now known as Li Ke, got a Chinese passport in January. Li Ke made his debut in a 2–0 victory over the Philippines in June, and came on as a late substitute against the Maldives.

The pair are believed to be the vanguard of a new generation of naturalized talent in the Chinese national team, with Brazilians Ricardo Goulart, Alan and Fernandinho all expected to follow suit.

Ai Kesen’s two goals came late in the game when China were already 3-0 up, as coach Marcello Lippi's team got off to a winning start in AFC World Cup qualification Group A. China is trying to qualify for a first World Cup since its sole appearance in 2002.

Make sure you are in the know for the big Port Adelaide vs Gold Coast Suns game.

These 2 Brazilian Footballers to Play for China National Team?

The age of naturalized Chinese footballers has well and truly arrived.