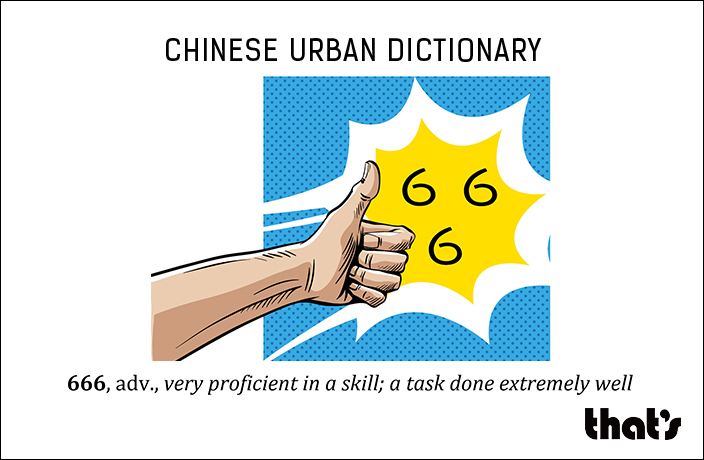 A: Little Zhang just asked out the prettiest girl in the office and she said yes.

Imagine you are playing an MMORPG (Massively Multiplayer Online Role-playing Game) and your teammate just made a beautiful kill that saved your life. Your manners demand that you say thank you to your teammate. Can you type out ‘well done’? No! That’d take more seconds than you have right now because you are still in battle! Instead you press the number 6 for a couple of seconds and send out a ‘666.’

Phonetically the same as the character 溜 (liū) that means ‘proficient’ or ‘smooth,’ 666 is the universal online compliment for a task well done in games, an argument well-articulated on online forums, or a sentiment accurately described in the comment section. No need to choose input language or even use more than one key on the keyboard – you’ve commended your comrade and behaved like a community-minded and well-mannered online person. How efficient!

The more 6s there are, the higher the compliment is. A long string of them means the deed commands such high praises that someone pressed the ‘6’ key for many precious seconds.

Remember, the internet is just like a society in that you get what you put in. We should all give each other a compliment once in a while and give credit where it’s due, so that we can all have a good time in the wide cyber world. 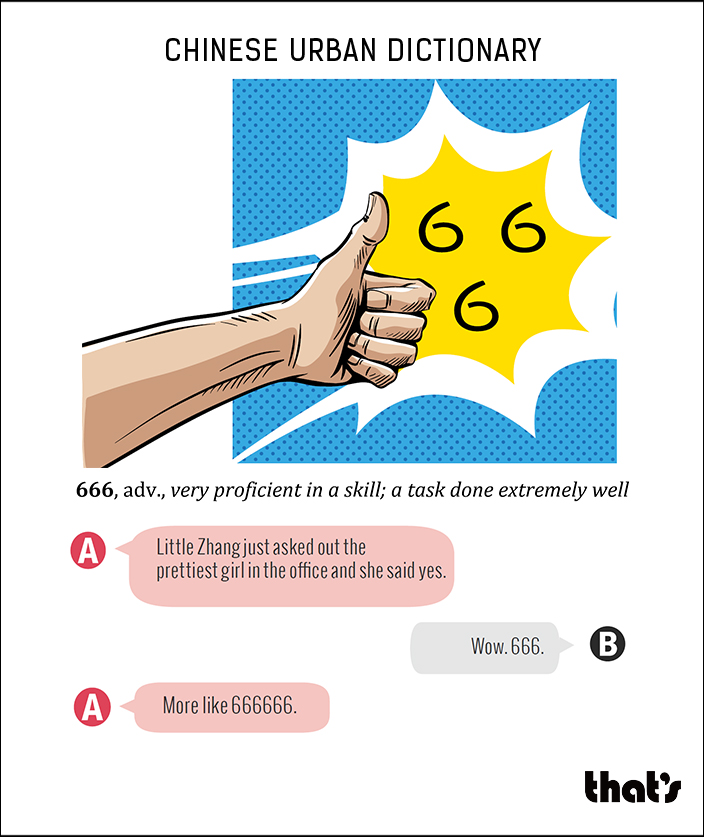