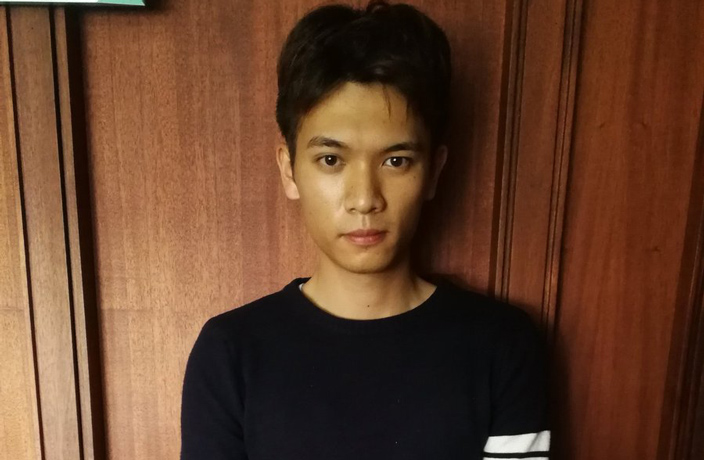 A Chinese national has been deported from Kenya after a video surfaced of the man, named Liu Jiaqi, making racist remarks.

Liu was working as a motorcycle trader in the East African nation, according to a BBC report. In the video, Liu appears to be in a dispute with a Kenyan employee. He uses grossly inappropriate language to describe Kenyans, calling them “monkey people.” He also directs the slur at the nation’s president, singling out President Uhuru Kenyatta by name in the footage. 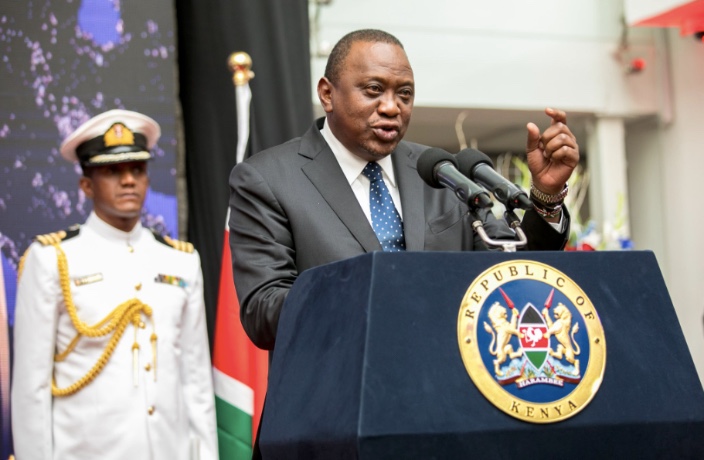 “I don’t like here, like monkey people, don’t like talk with them. Smells bad and poor and foolish and black,” Liu said to his employee in broken English, as shown in the two-minute and 20-second video. Liu was detained by police hours after the video was spread online on September 5, reports the BBC.

According to a September 5 Twitter post by the Immigration Department of Kenya, Liu was arrested as a result of his racist tirade and his work permit was canceled. 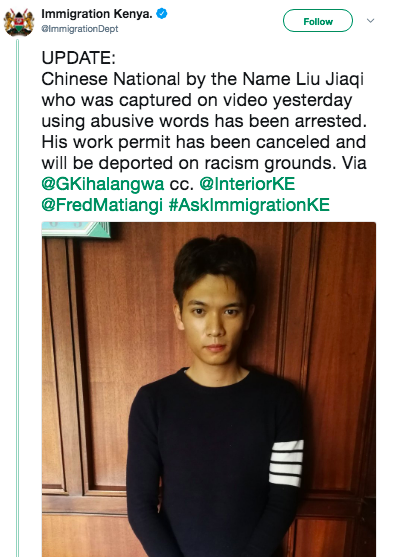 In another Twitter post published on September 6, the Immigration Department of Kenya confirmed that Liu had been expelled from the country. 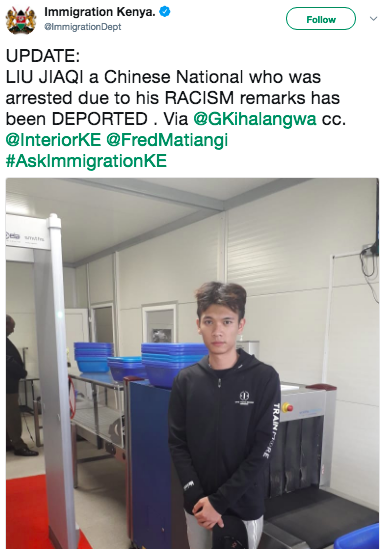 Zhang Gang, spokesman for the Chinese Embassy in Nairobi, said the video clip was filmed back in June, according to South China Morning Post.

“The personal talk and personal feeling of this young man does not represent the views of the vast majority of Chinese people,” said Zhang.

This is not the first time a Chinese national has been accused of racism in Kenya. In 2015, a Chinese restaurant owner was arrested for a dining policy that saw African patrons banned after 5pm unless accompanied by Chinese, European or Indian patrons. This is, however, the first time an individual has been deported from Kenya on racism grounds.