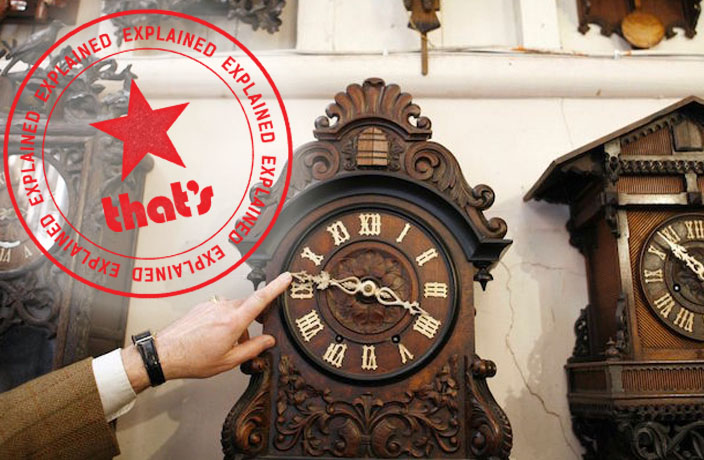 While much of the world will be participating in the bizarre ritual of moving their clocks forward an hour for Daylight Savings Time (DST) this weekend, China won't be taking part. That's because China doesn't observe it.

If you're from a Western country, you probably know the DST drill. In autumn, the clocks are "fall back" an hour, earning you an extra hour of sleep. But in the spring, the clocks "spring forward," which means you lose a whole 60 minutes of precious shut-eye. The clock switches are supposed to account for the changes in daylit hours between seasons.

If you've ever tried to schedule a Skype call with family or friends back home, you've probably noticed how this affects the time difference. For example, if you're making a call to a friend on America's East Coast from China, you might be 13 hours ahead in November but 12 hours ahead in April.

China is actually one of several countries that does not observe DST, and its daily clock remains unchanged throughout the year. In fact, most of Asia doesn't even observe it at all, with Japan and India being notable fellow DST protestors. 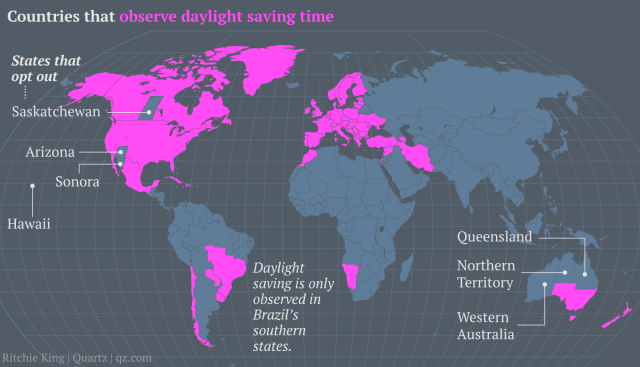 But this wasn't always the case for China.

For a short time — from 1986 to 1991, to be precise — China followed DST. The government made the decision to institute it in April of 1986 on the basis that it could help the country "conserve energy." A study from Peking University experts at the time showed that the country could save up to 2 billion kilowatt hours of energy per year by observing DST. Government officials had hoped that moving "wasted energry" from early morning light (thanks, sleeping factory workers) to the end of the day when more people were active, the demand for electricity would be reduced.

But the period of moving clocks back and forward in China was unpopular and, ultimately, shortlived. Guangzhou in particular found it difficult to adapt to the system, eventually ignoring it altogether. According to author Charlotte Ikels in The Return of the God of Wealth: The Transition to a Market Economy in Urban China, Guangzhou "allowed Beijing to think they were complying but in fact did things their own way." That's similar to Xinjiang province today, which follows its own "local time" thanks to China having just one timezone.

READ MORE: Explainer - Why China Has Only One Timezone

When China was supposed to be moving clocks forward an hour on April 15, workers in Guangzhou complained so much that their employers caved. Guangzhou being so much closer to the Equator than Beijing meant that it didn't benefit as obviously from changing the clock, and the loss of an hour of sleep probably didn't do the system any favors either.

In response, the workday at restaurants, schools and government offices across Guangzhou was shifted ahead an hour so that workers could get up the same time as they normally did and still claim they were following the time change. But because the time change was not considered official, many people began forgetting to reset their clocks and meeting times constantly had to be doubled checked.

The confusion and inconsistency likely led to the government ditching DST altogether in 1992, with "inconvenience of the system" cited as the reason for canceling it.

Perhaps China is onto something with not observing DST. The system, which has been called "archaic" by some, isn't too popular with sleep-deprived citizens of the world. But don't take our word for it — just check out all the Change.org petitions calling for the repeal of DST.