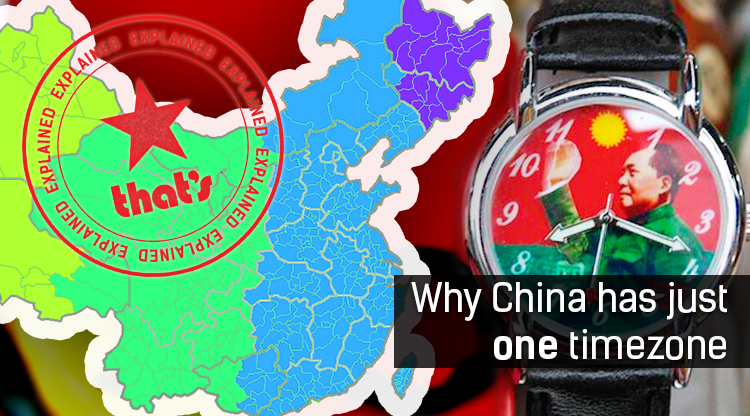 For those living on China's super-populated east coast, it's pretty easy to be at peace with the time. You can wake up to a sunrise around 5am in the summer, and about 7am in the depths of winter. It gets dark towards the end of the day, which makes sense, because that's what days do - right?

In the country's more rural, western provinces, however, it's a different story. If you live in Urumqi, the capital of Xinjiang Province, don't count on seeing the sun before 10am in late December. In Kashgar, China's Western-most city, you can enjoy sunsets in July that don't finish until 11pm or even midnight.

That's because China only has one timezone: Beijing time.

For a country that spans more than 5,000 kilometers, that's a bold move. China is the biggest single-timezone area on earth, and that means some weird things for those who live in the far west. 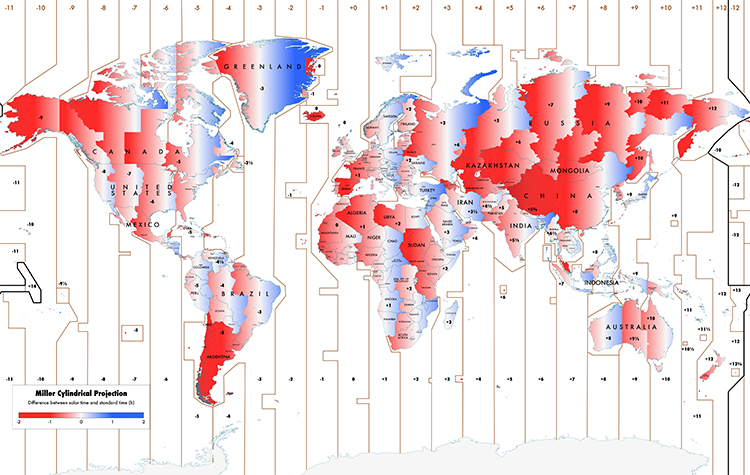 In the map above (full-res here), the white-colored spaces represent areas that accurately represent "solar time." That is the time as measured by a sundial - the sun is highest in the sky at noon, with more or less equally long periods of sunniness in the morning and the afternoon/evening. In the red areas, the time is a bit late - the sun may peak in the sky at 1pm, for example. And in the blue, it's early - the sun could be highest at 11:30am.

Generally speaking, the world's timezones are weighted with the white areas in their geographic centers, with slight variations towards the east and west. Then, when one hits the next timezone, the pattern repeats.

In China, however, the white mark begins in Beijing (with a bit of early-blue in the northeast) and then just gets later, later and later the further one moves west. Where China's western border meets with Kazakhstan, it is four timezones away from Beijing - but the clocks haven't changed a bit.

If China did its timezones like the rest of the world, then the country would be divided somewhat like this: 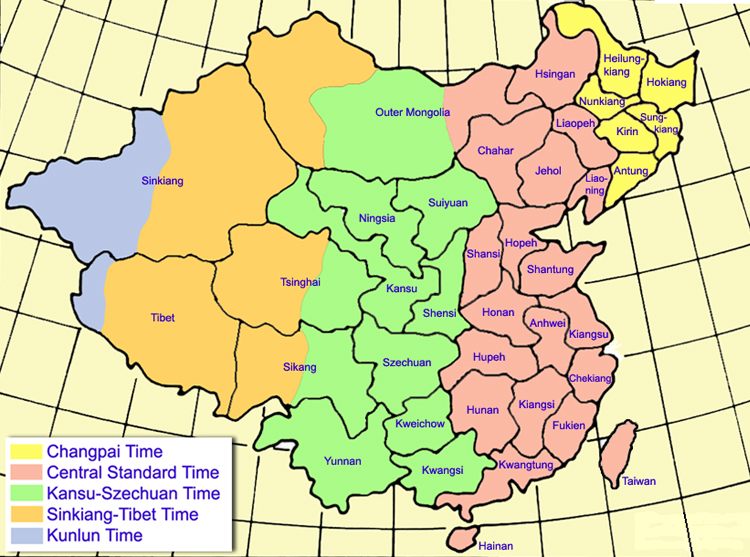 "But wait!" you shout. "That map just had China eat Mongolia, and all of the names are wrong, and everything is wrong."

That's because this is a real map, albeit an old one, representing the timezones of the Republic of China from 1912-1949.

These zones were concocted by the Republic of China's Central Observatory in 1912, and were fully implemented in 1939. Well, as "fully" as they could be -  considering the nation's intense turmoil at the time (i.e. Japanese troops killing everyone, a simmering civil war, a collapse of national unity, etc.) people were concerned with things slightly more important than whether or not all of the clocks were in perfect order.

But in 1949, the Communist revolution in China spelled an end to the bourgeoisie, the tyrannical landlords and... the timezones.

On September 28, just a few days before the People's Republic was officially established on October 1, the People's Daily hit newsstands with a masthead featuring the Gregorian calendar (i.e. the Western calendar instead of the Chinese lunar one) a sign that China's revolutionaries were embracing modernization and casting relics like the "celestial" calendar into the dustbin of history.

But one step forward, one step back. Even while multiple timezones are equally a sign of modernization, they were also a sign of provincialism - of the idea that some areas may click along to different second hands than others.

So in with the 12 solar months, and out with the five zones. As Beijing Time writes, "thus from 1949 onward, China would awaken and rise to the ticktock of Party time, and that meant time would always be closely associated with struggle."

These authors really liked time-related puns. The next sentence reads: "The revolutionary ticktock from Beijing also set the alarm clock of the class struggles that dominated China from 1949 right through to 1979."

Clock puns aside, the singular timezone did serve towards national unity - but it's hard to say how much of a success it really was. Morning flag raising ceremonies under the sun in Beijing take place in darkness in Xinjiang, but they take place at the same time, dammit, and that must count for something. Perhaps more importantly, national radio broadcasts went out at the same time throughout the country and the entire nation followed the same schedule, which was particularly important during the years of communal work units (some workers couldn't necessarily see what the hell they were doing, but that seemed beyond the point).

But not everyone cowers so easily before the behemoth Beijing clock tower. According to an article a few years ago in The Atlantic, many in the [insert synonym for "restive" here] far-western province of Xinjiang abide by their own "local time," which more closely matches the solar time for their area. According to the Atlantic piece, "in Xinjiang's extreme west, near China's border with Pakistan, Beijing Standard Time is so irrelevant that it isn't even used on bus timetables."

While Xinjiang may have a bit of friction with Beijing (in timezones and a fair few other issues) the Mainland, luckily, hasn't had to grapple with any time-change disconnects involving Taiwan, Hong Kong or Macau. None of the regions are technically on "Beijing Time" (Hong Kong and Macau abide by the international standard and Taiwan still uses the Republican standard from the map above) but they all fall within Beijing's timezone anyway, so the issue fixes itself.

At this point, China's timezone situation is comparable to America's bizarre tradition of daylight savings time: it was invented for somewhat vague, quasi-sensical reasons, and it's certainly hard to say that anyone is better off for it. But it's fairly harmless, and it would be a bit of a hassle to change - so, by all reckoning, it will stay just where it is. One nation, under Beijing Time, indivisible, especially by timezones. 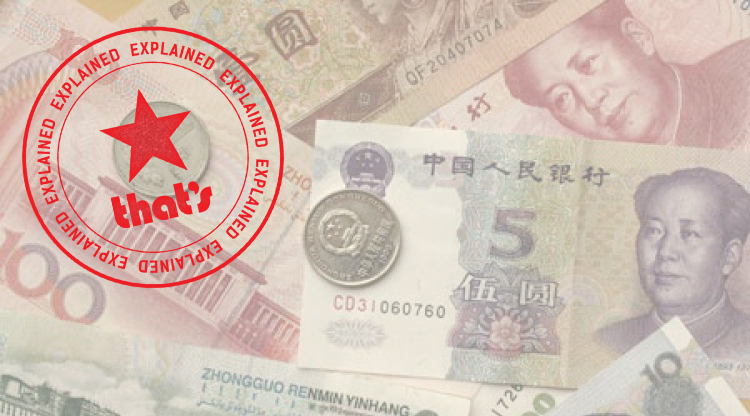 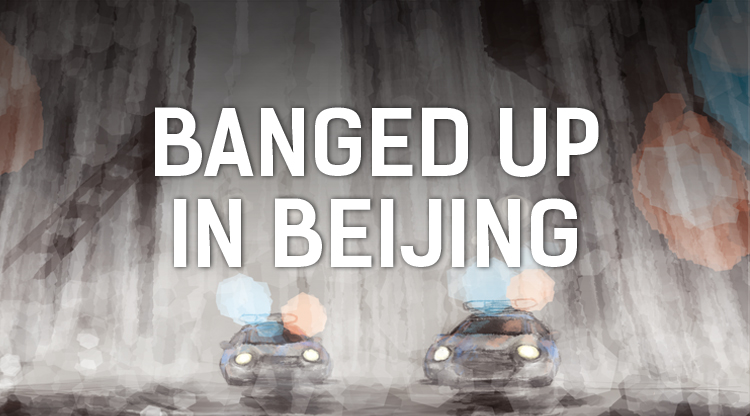 Banged up in Beijing: An American Drug Dealer's Time Behind Bars

"I was in a cell with an Afghani heroin dealer, Columbian cocaine smuggler, African ivory dealer, German art collector and an American child molester."