The list goes on and on, until our bodies carbo-load to the brink of oblivion. 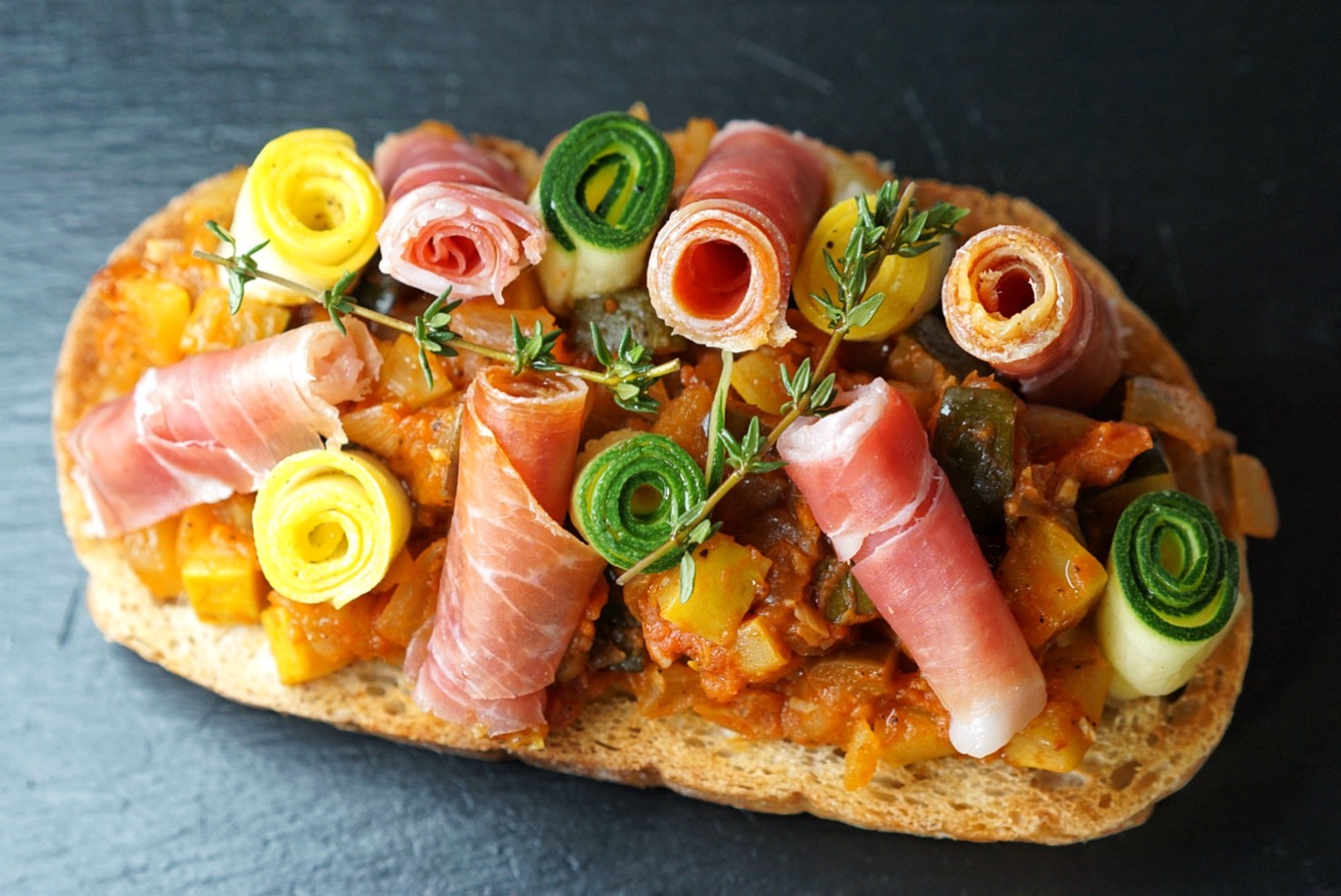 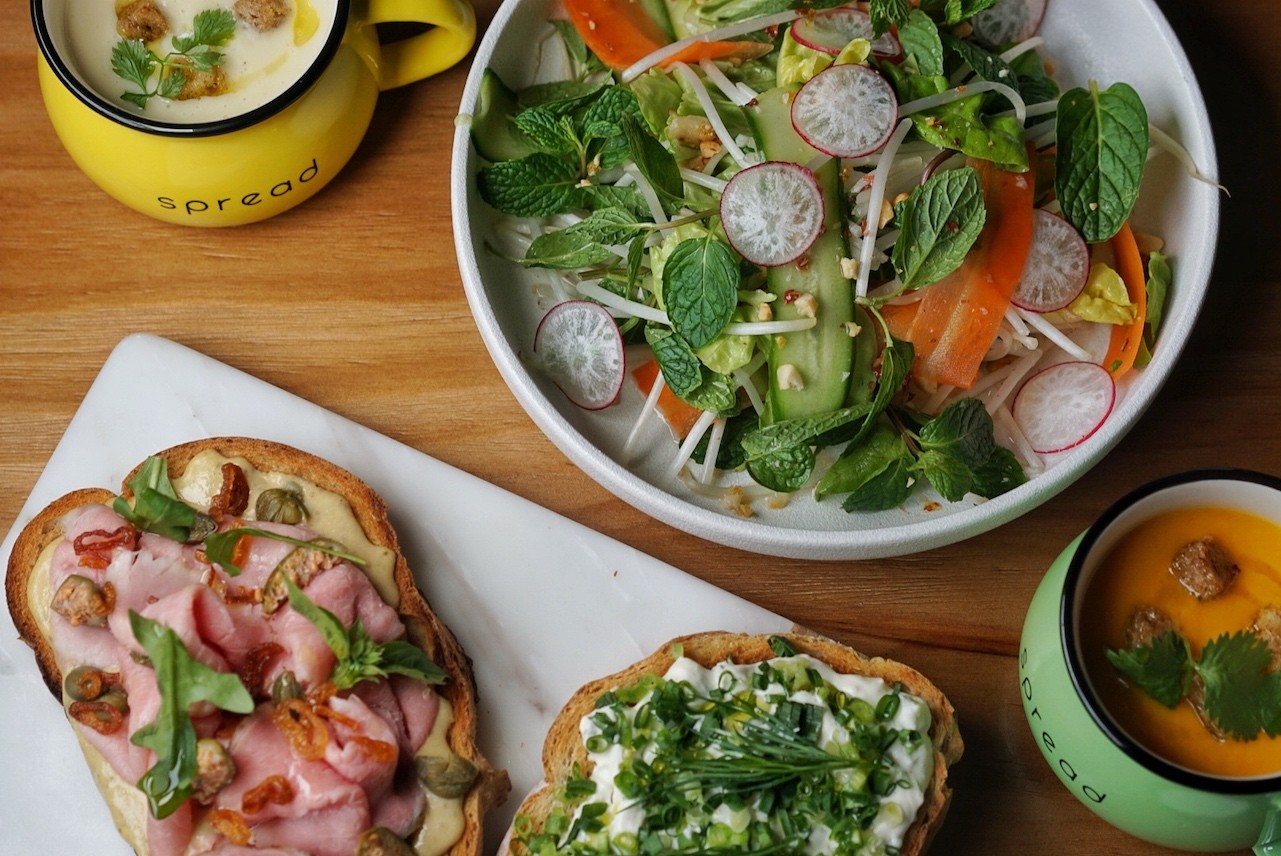 Dating back to the European Middle Ages, thick slices of stale bread, or trenchers, served as plates, absorbing the juices and flavors of the toppings before being discarded.

Luckily, the trencher has gotten a major facelift since then, now a coveted staple in cultures across the globe, consumed at all hours of the day and night. 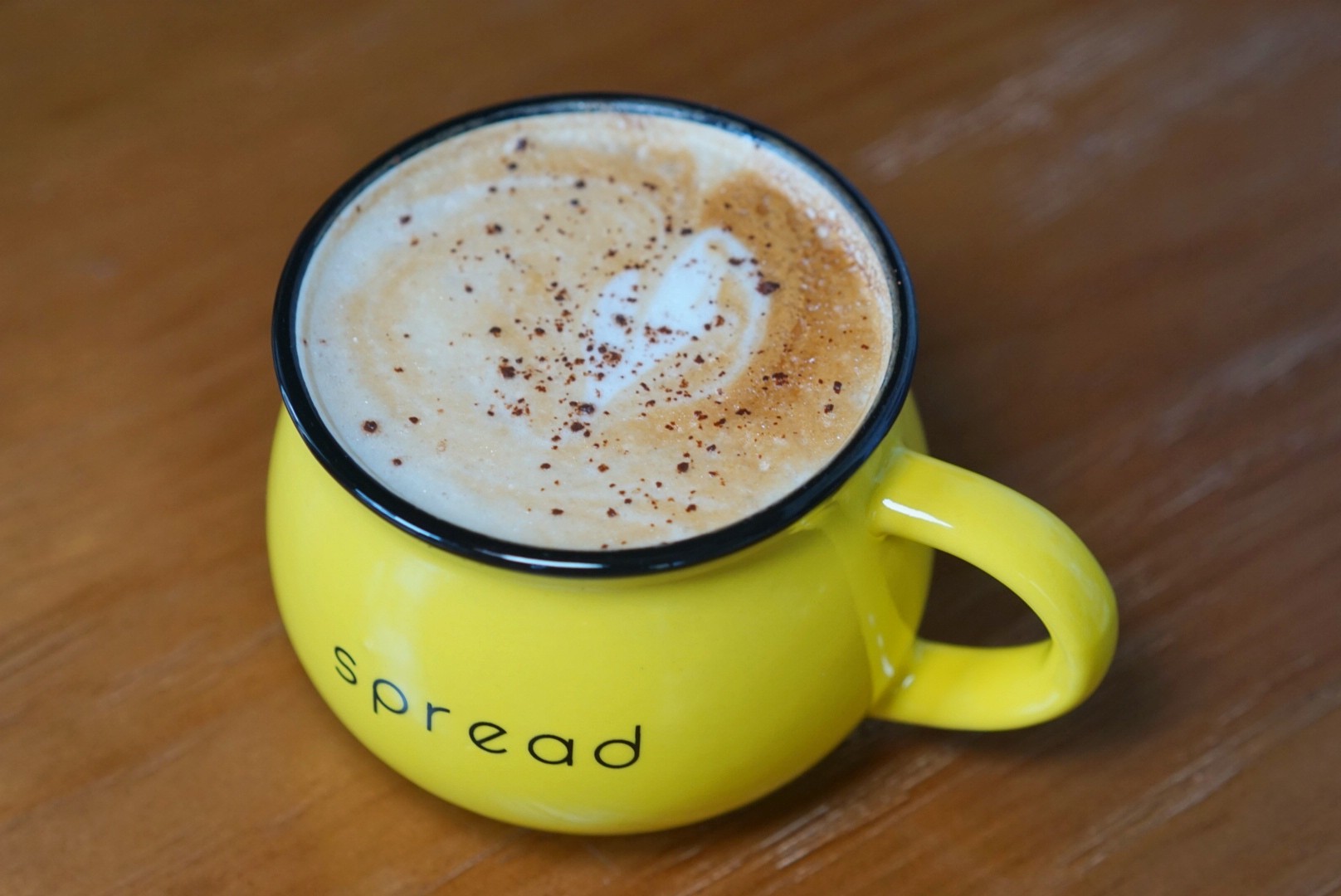 Spread, a sunny café bistro on the corner of Shaanxi Bei Lu and Wuding Lu is an ode to this specific dish – the French interpretation of it, known as a tartine, that is. It is one that has stood the test of time for more than 1,500 years.

The tartine is an open-face sandwich consisting of a slice of bread or toast with one or more toppings. Quite possibly the loosest definition of a food item there is, you can stack or spread pretty much anything on toast and call it a tartine.

And that is exactly what owner Guillaume Tu does. 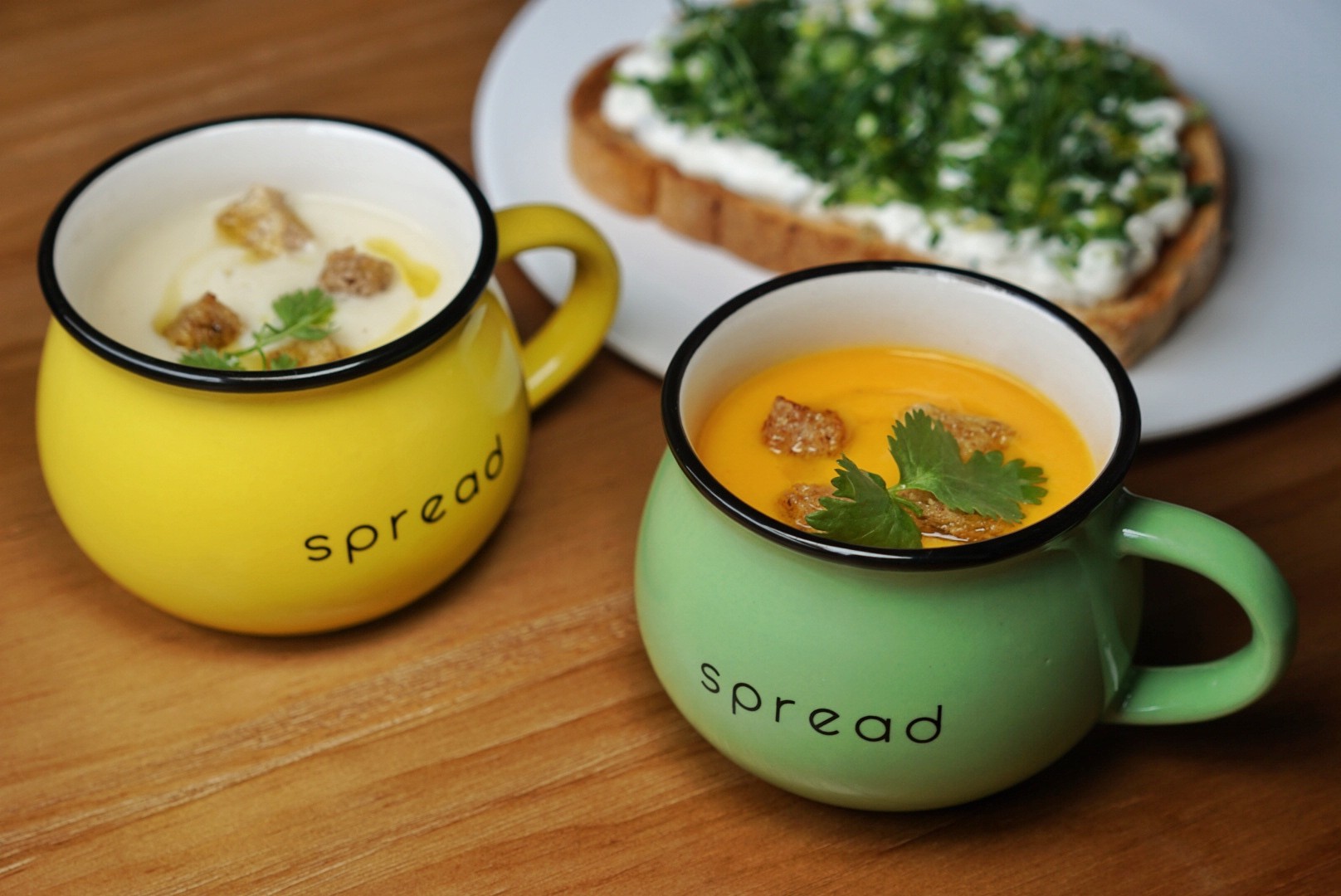 Guillaume brings his years of experience working as GM at two of Shanghai's longest standing French restaurants – Villa Le Bec and Mr & Mrs Bund – together with his upbringing in France, his career launch in Singapore and his travels across Europe and Asia.

The result is a menu chalk-full of tartines, soups and salads, plus a smattering of charcuterie, cheese and wine. Experience a world of food through the humble lens of a piece of toast.

Every dish on the menu has a story, an inspiration, an emotional connection to Guillaume’s life that serves a purpose. And that enthusiasm translates directly to the plate.

If it’s avocado toast or sardines on toast you’re after, look somewhere else (or here); Guillaume aims to show off how versatile tartines can truly be beyond what’s already been offered elsewhere. 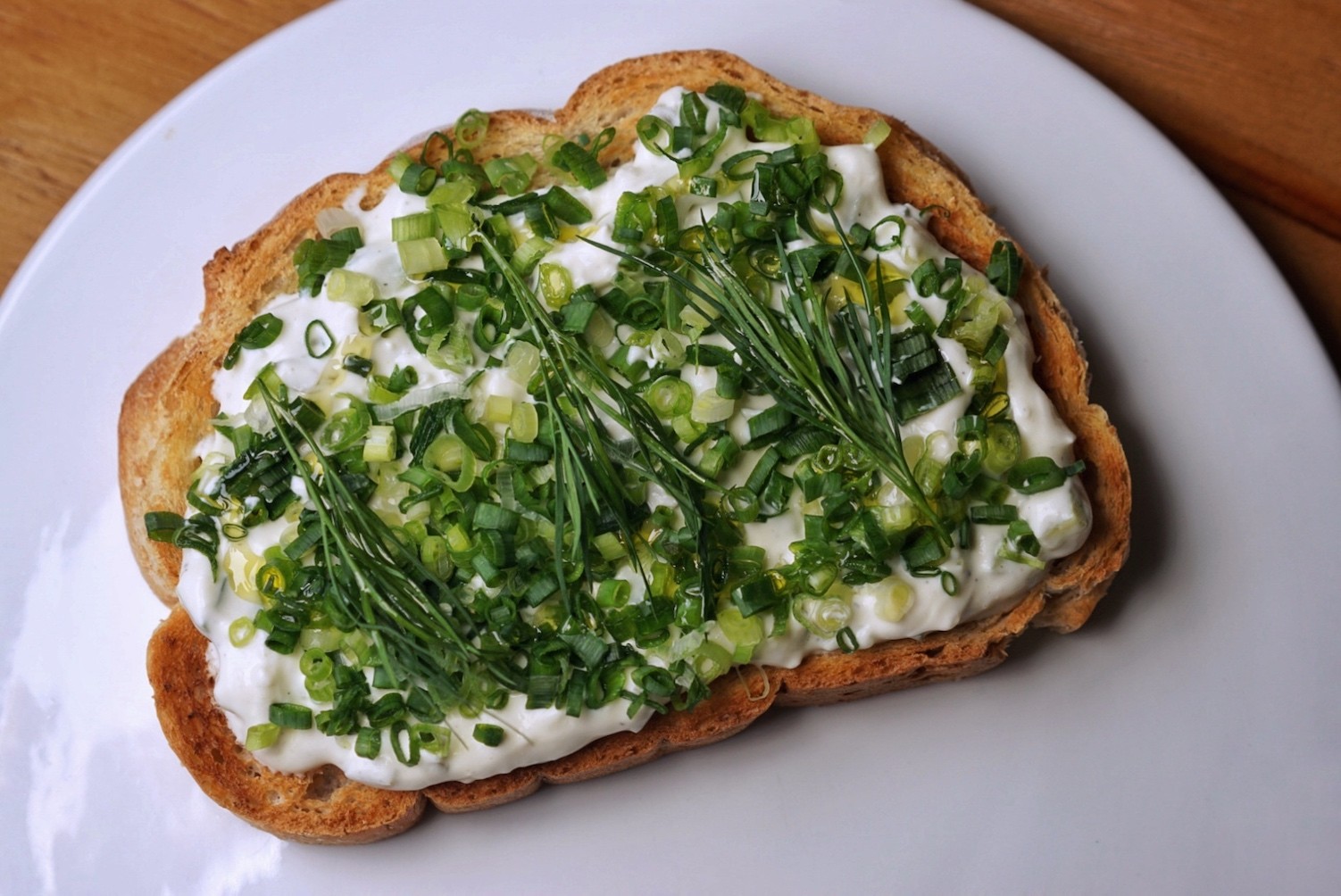 Inspired by an emotionally-charged bite at World’s 50 Best Restaurant, Singapore’s Burnt Ends, La Ciboulette (RMB55) is as unassuming as it is distinct – a crispy piece of toast shmeared with tangy yogurt, fresh and pickled cucumber, sprigs of dill and a borderline excessive amount of chives (just kidding, like garlic, there’s no such thing as too much chives).

The sharpness from the chives is only mellowed by the yogurt, reminiscent of Middle Eastern and Mediterranean-skewing flavor combinations. 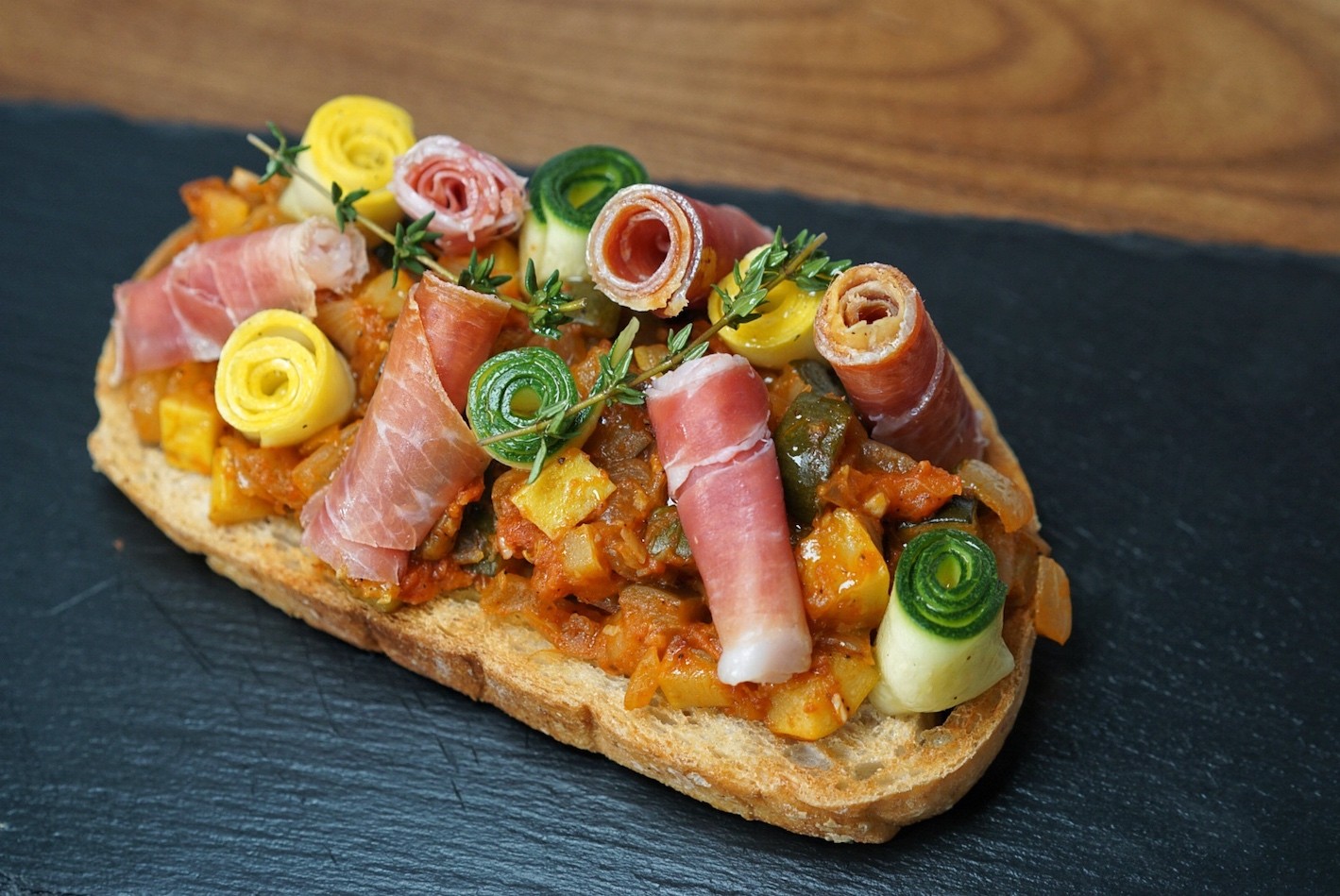 The first dish Guillaume ever cooked in his life was ratatouille, and the tomato-based vegetable blend has now found its way onto La Ratatouille (RMB75), crowned with swirls of Serrano ham and pickled zucchini. 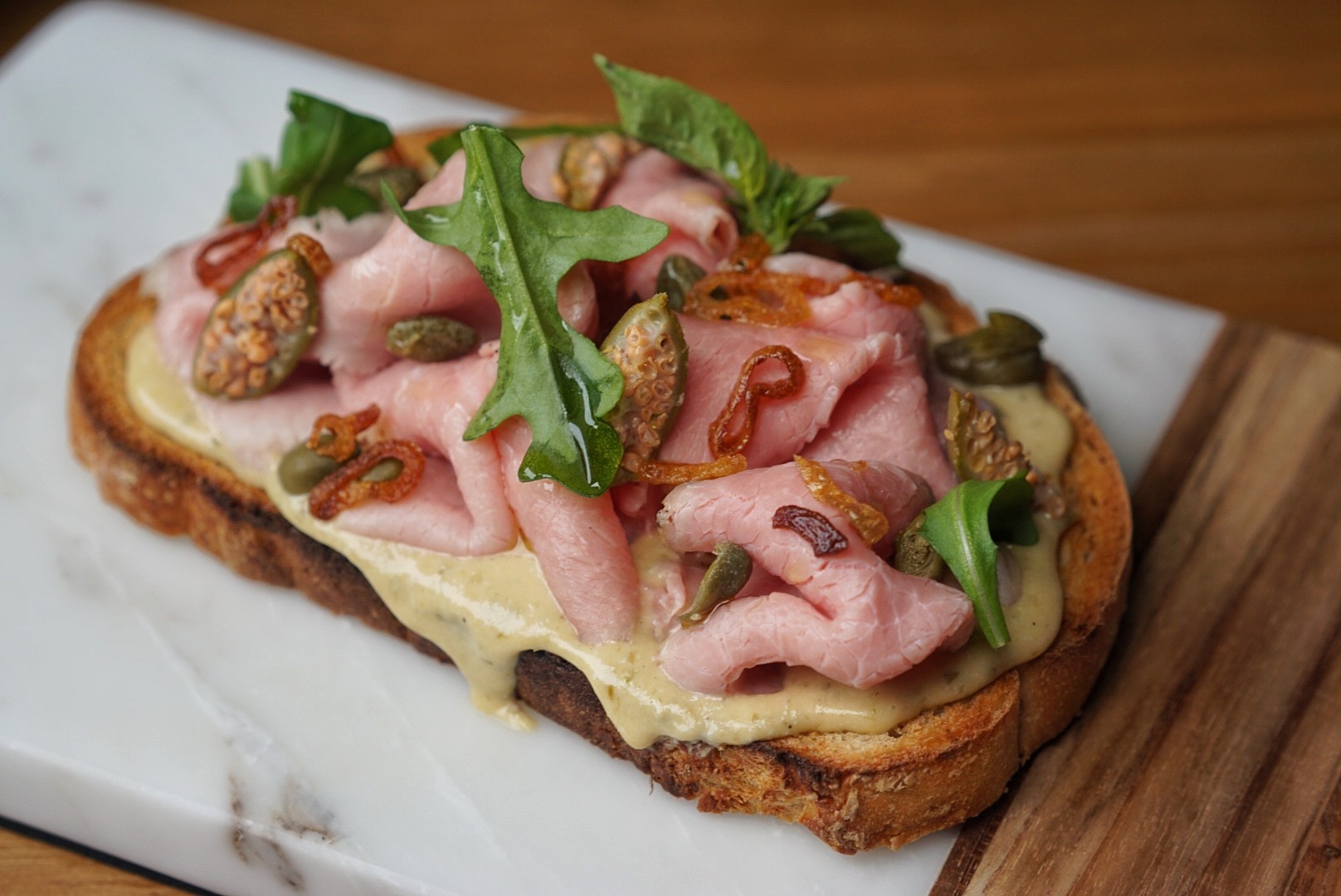 Paying homage to his years working for Paul Pairet, the Vitello Tonnato (RMB78) spread is a fluffy tuna mousse, inspired by the amuse-bouche served at Mr & Mrs Bund.

Calling on a friendship that goes back to their Singapore days, La Scala’s chef Antonio Corsaro assisted Guillaume in perfecting his veal tonnato recipe – 58 degrees for two hours – that he tops with pickled caper berries, fried shallot rings and crisp arugula. 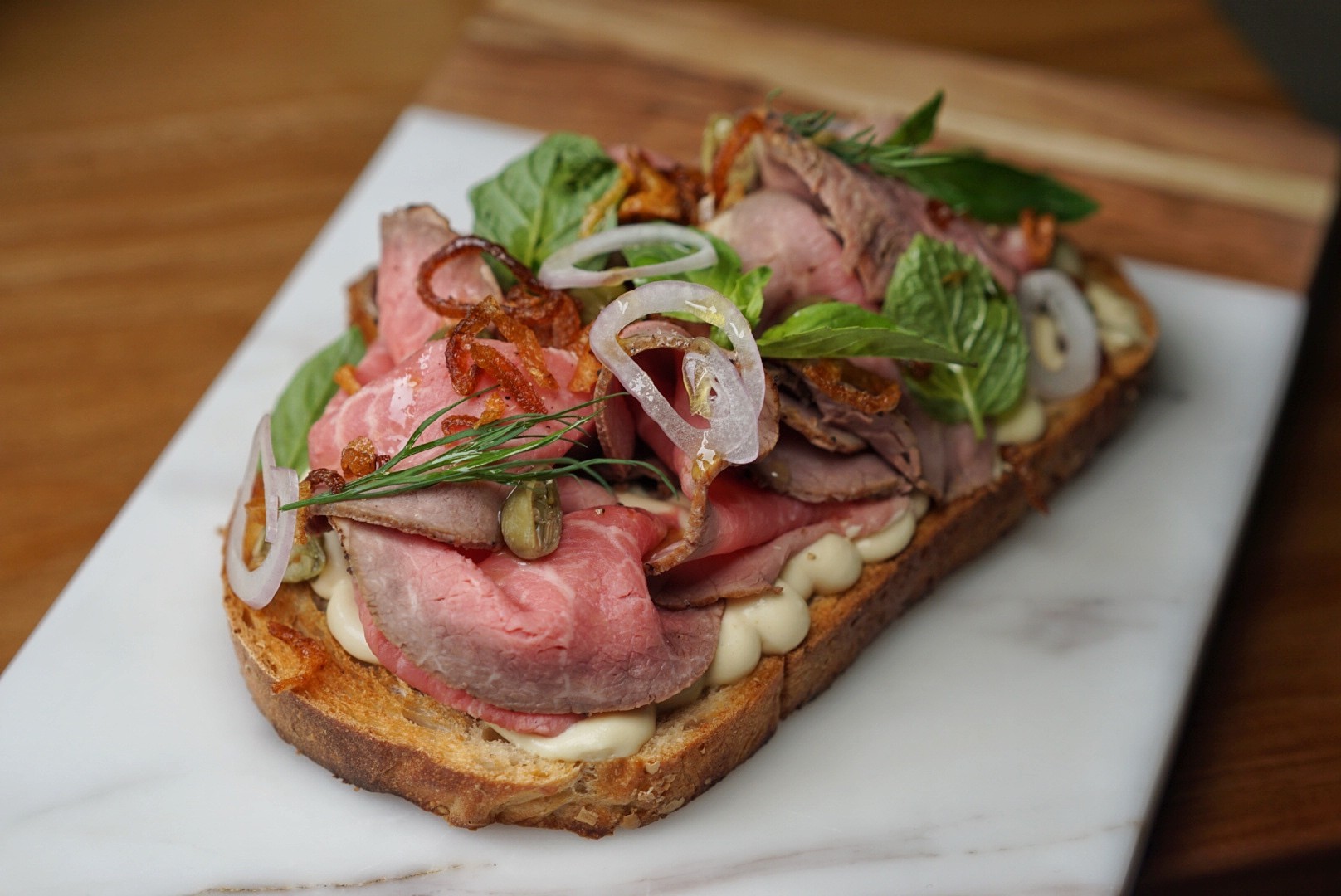 A peppery mustard cream spread is piped onto the Rosbif (RMB85) toast, sheathed in thinly shaved roast beef slices and a sprinkle of fresh basil, dill and shallot. 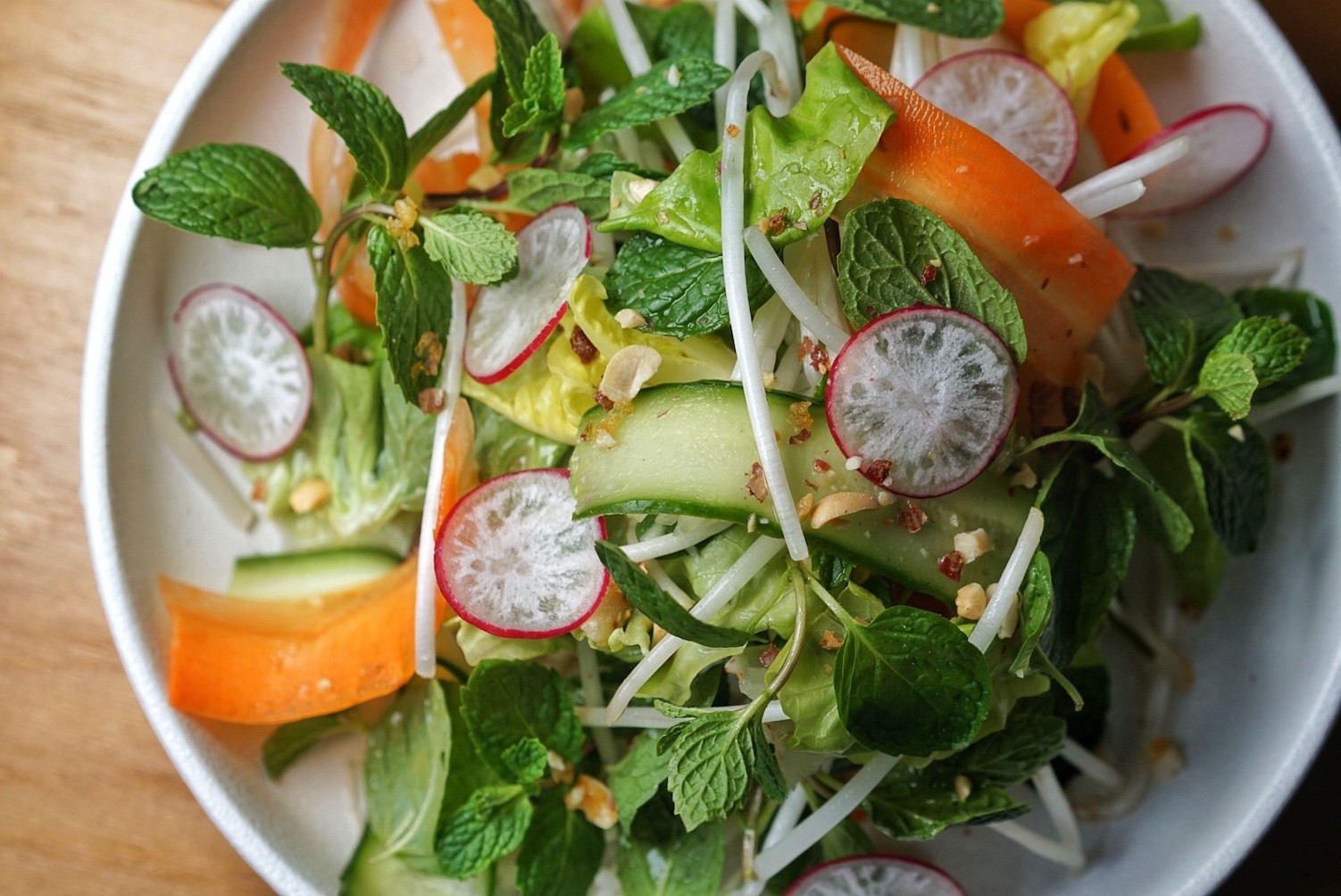 Lightly dressed, the vegetables are soaked in that signature sweet and sour dressing, with a lingering umami punch from fish sauce. 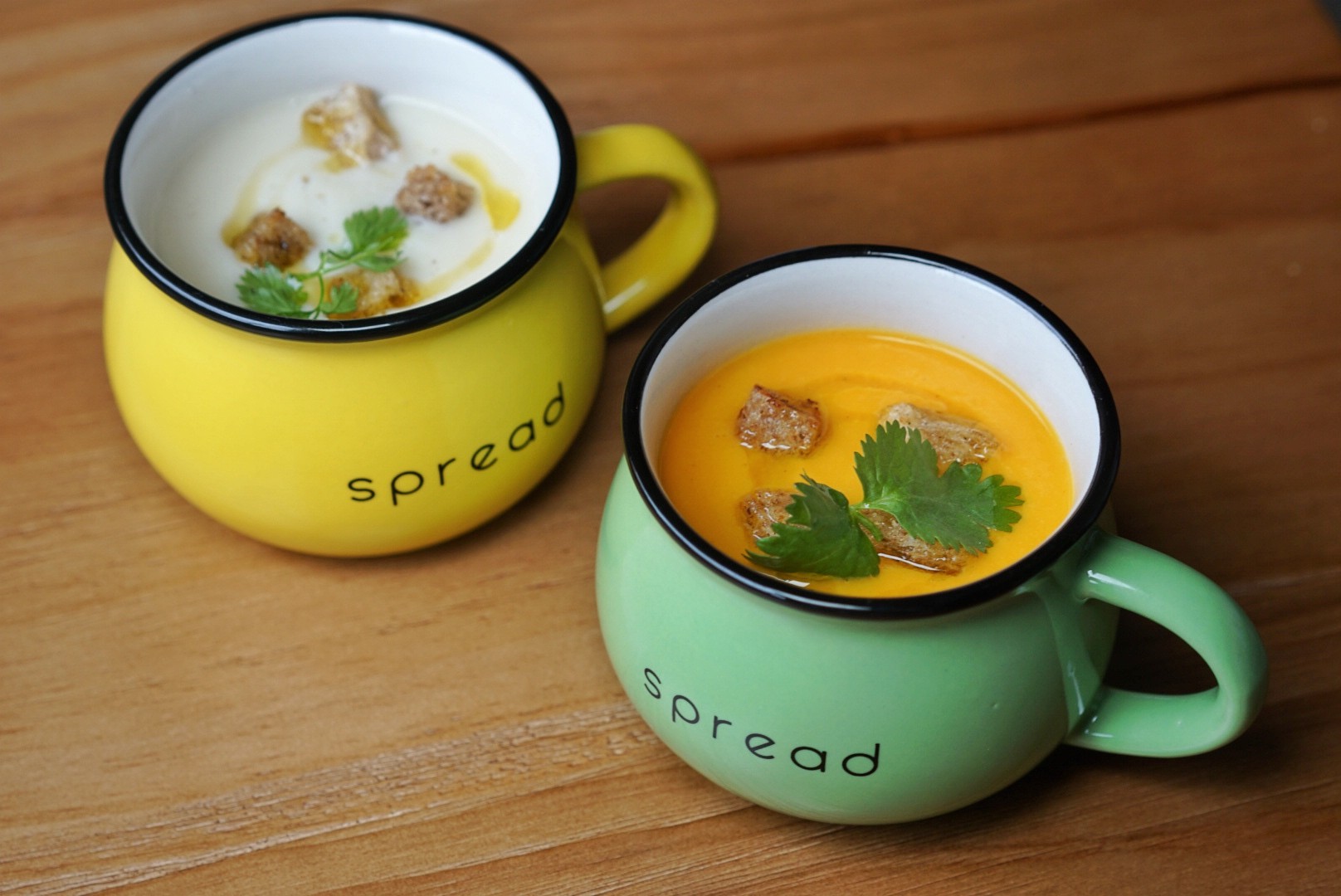 A sandwich’s best friend is a bowl of seasonal soup, of which there are two creamy offerings – Carrot Soup (RMB38) and Cauliflower Soup (RMB38), both served in mugs filled with homemade crispy croutons and a dribble of aromatic oil.

The menu currently offers 10 toasts, but Guillaume has over 50 recipes in his deck, ones he plans to release often. Think bahn mi toast, century egg yolk toast and parsnip and artichoke soup. Rotating guest chef toasts will also become a thing, so look forward to sampling offerings from Michelin star and 'Shanghai celebrity' chefs, giving us even more of a reason to make this a regular hangout. 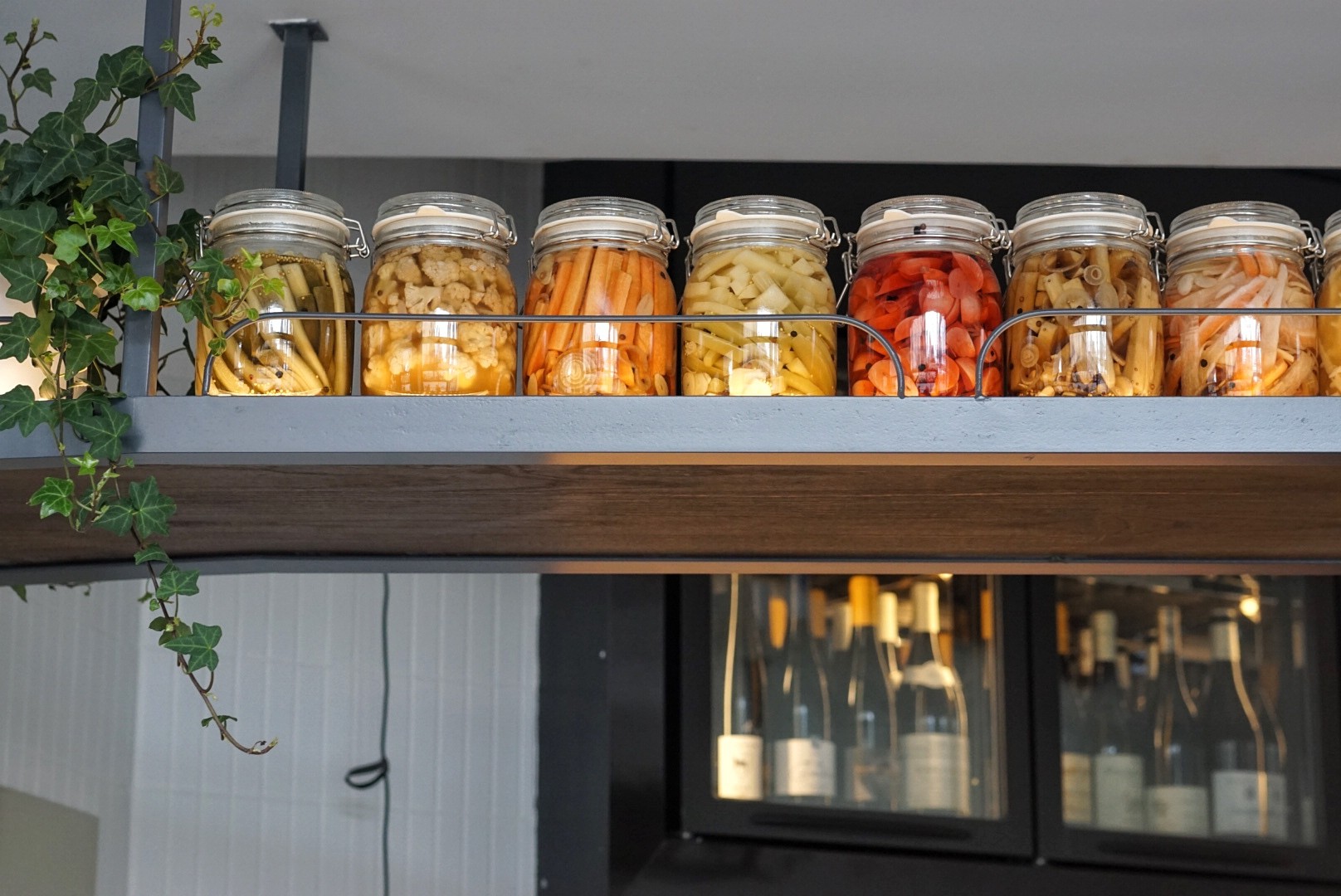 Guillaume is also playing around with weekly specials – like Endive Bechamel Gratin when we visited – the best of which will culminate in a new dinner menu set to launch in spring.

While it’s still under ‘construction,’ a little French birdie told us to look forward to frog legs, snails on toast and chicken blanquette.

The space has the best of the Jing’an neighborhood feels – energetic yet unpretentious, with all day sunlight streaming in from south-facing windows. Ones that, come summer, can open up to let in fresh air for catching extra rays, with seating for 10 outside. So far, it’s busy. Like every spot filled from early lunch until late busy. Flipping over quickly, but in a controlled chaos sort of way; the accommodating staff know what they are doing (and the kitchen clearly does, too) so a wait is never long.

The streamlined menu affords diners quick delivery of food, making it an ideal lunch joint – with the added bonus of seeing all the F&B industry movers and shakers. 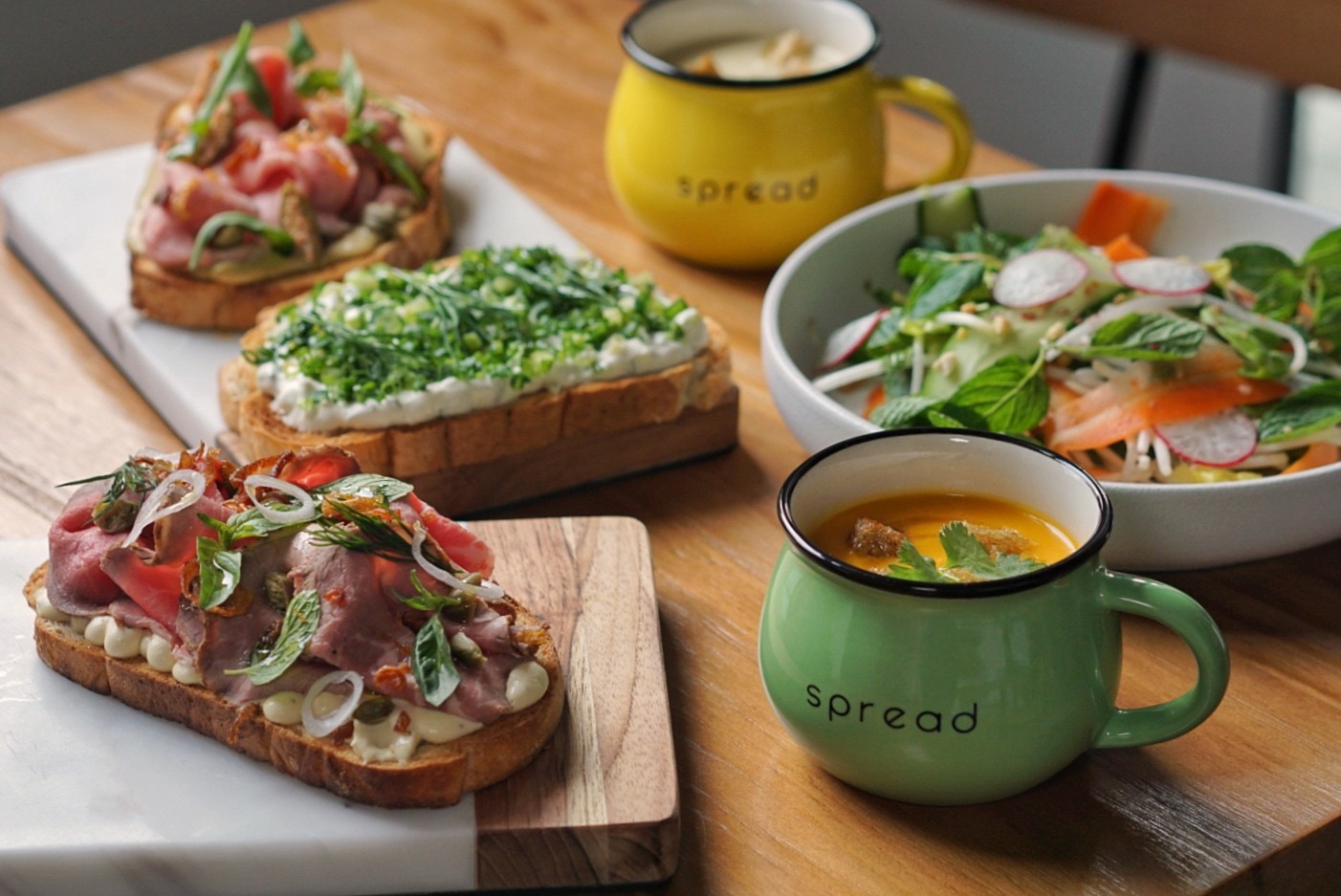 “It’s only been three weeks since opening and I’m already bored of the same tartines. I’m eager to keep the menu fresh for repeat customers,” says Guillaume.

If a passion for pushing boundaries and expressing creativity through a regularly updated menu amidst the opening madness doesn’t prove utter dedication to a project, we don’t know what does.

We’ll catch you next week for another round of ‘what tastes better on toast.’

See a listing for Spread.