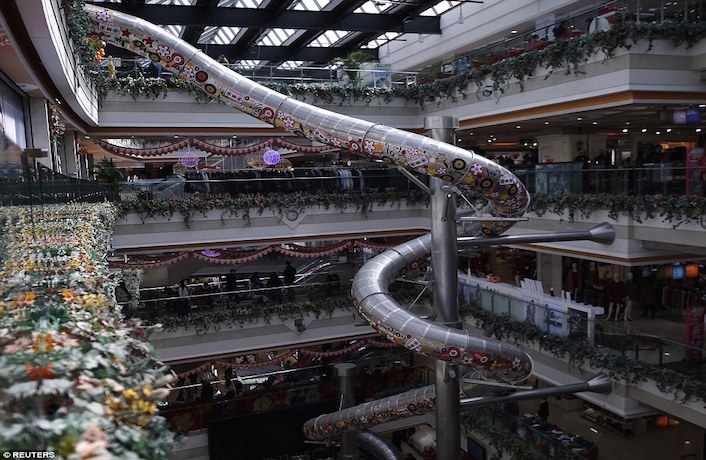 For all the parents who have to drag their kids (or girlfriends who have to drag their boyfriends) to the mall, your prayers have just been answered. A five-story slide has just opened in the Printemps Mall in Pudong, Shanghai. The dragon-shaped slide is constructed as the mall's centerpiece and acts as a more interactive escalator. It will take approximately 16 seconds to go from top to bottom. While the slide is free, you have to stand taller than three feet and must be over the age of three.

However, netizens have started to speculate about the dangers of the metallic slide, suggesting that it could cause serious burns and in some cases, death. As the slide does not fit under any category of equipment, the Pudong New Area Market Supervision and Management Bureau has said that the slide does not need to undergo any compulsory inspection. 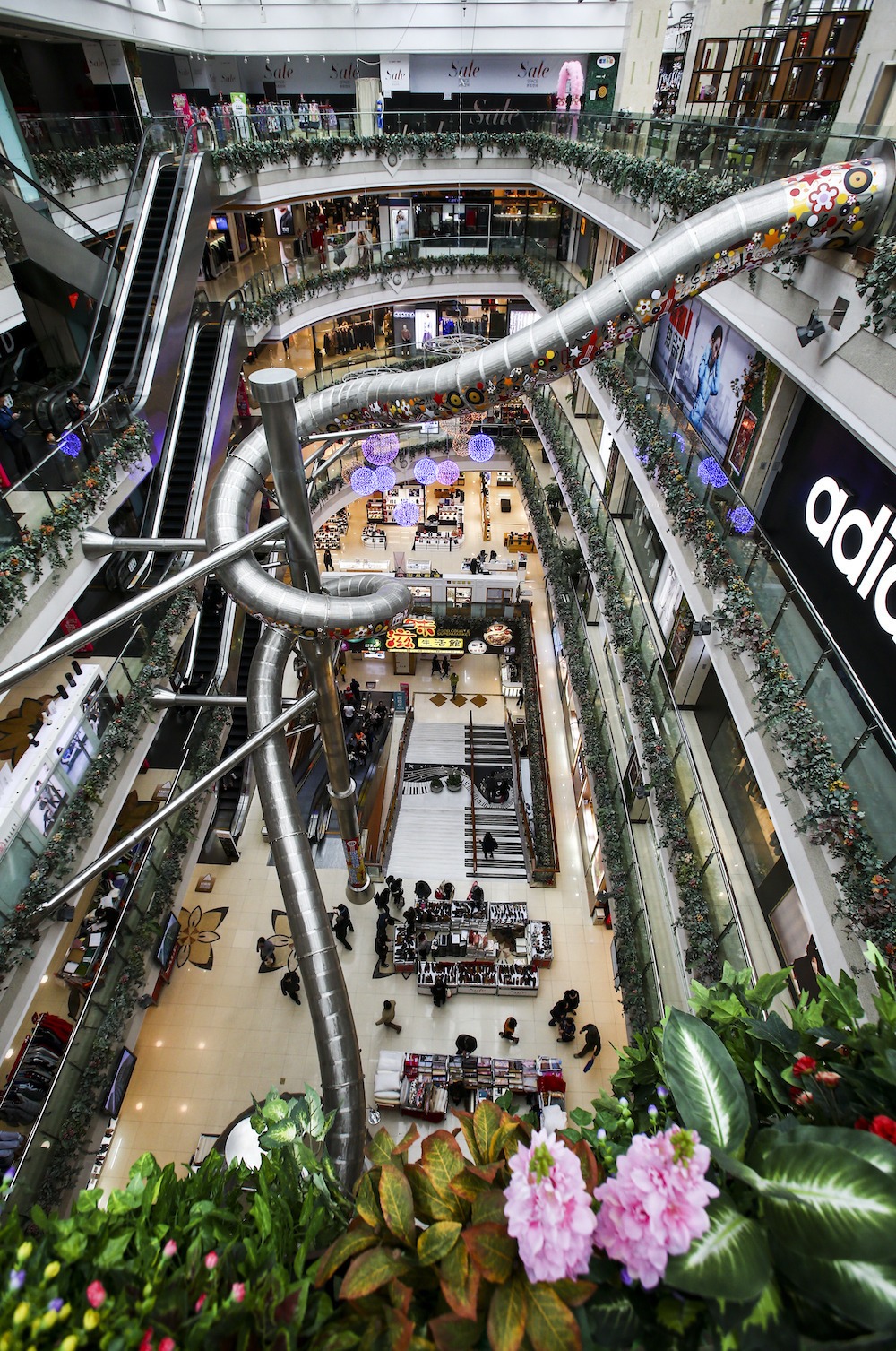 While Printemps management has urged that the slide has been properly tested, they also stated that any potential safety hazards will be fixed in time.

One netizen went as far to say that the slide should be transparent, in response to another comment that said, "I feel like if you die in there, it'll take awhile for people to find out." Another fear is that the slide will draw in uncontrollable crowds.

However, similar slides have opened up in both Singapore and London, and neither has caused any injuries.

Hopefully, the slide will just provide entertainment to kids and parents alike, and will keep shoppers entertained within the confines of the mall for longer.