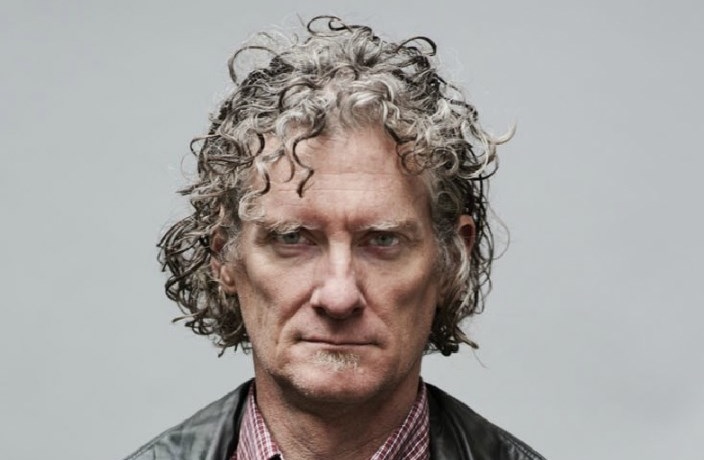 Punchline Comedy rings in 2016 with a stacked triple bill featuring Brit Andre Vincent, Aussie Wayne Deakin and Yankee Dave Fulton. Besides their different nationalities, the three comics will be bringing in three different types of style. Described as "an angry young man growing up," Fulton brings a dark comedic edge. We chat early comedy inspirations, his experiences in China and his upcoming film.

Congratulations on coming to China? Will this be your first time here?

It's not my first time in China. As a matter of fact I think I was the first American to do stand-up comedy in mainland China when I gigged in Shanghai in 1998.

How would you describe your comedy style?

I do comedy about stuff that concerns me and if I'm lucky others will relate. If I'm lucky...

Who were some of your early influences and did you have a eureka moment when you realized you had to become a comedian?

Unfortunately I had no influences and my 'eureka' moment involved a woman, oral sex and Steven Wright's first HBO special. (you asked)

Your bio describes you as as angry young man growing up.

Angry young man? That's what my mother used to call me.

Do you find you are mellowing with age?

Have I mellowed? Possibly. I like to think I've become more focused.

What are some of the big things that concern you today compared to when you were in your 20s?

You are based in Seattle.

First off I'm not based in Seattle, I'm from Coeur d'Alene Idaho which is about a 4 hour drive east of Seattle.

How would you say the Northwest comedy scene differs from those in California?

The scene there is thriving but because it's the northwest there's a lot of driving between gigs. For the record I'm now based in London, England where there's not so much driving but stuff is way more expensive and you can't get cinnamon frosted Poptarts.

You performed at the famed Comedy Store in the UK and have built up a fanbase over there. Was any of your humor lost in translation over there?

I get this asked quite a bit and my answer is I have no idea why or how my stuff translates. Funny is funny I guess.

For your show in Shanghai, can you give us a preview of some of the stories you’ll be telling us?

Considering the first time I was in Shanghai was 1998 I'll probably talk about how much stuff has changed and not necessarily for the better.

Have there been any times, where you have gone too dark on an audience?

Have I gotten too dark for the crowd? Yep. Do I then try to reel it in. Nope.

Besides standup are there any projects that you are working on that you'd like to promote?

I sold a script for a film that will be shot in northern Canada in March so I expect by April you'll be able to buy a pirate copy of it on the streets of China so look out for Bear Clan Station.

Local comedy scenes are starting to develop across China. Any advice to people starting out?

Stop. Stick with your day job unless something inside of you can't imagine ever getting a real job again then good luck. Also don't steal material.

We're giving away a pair of tickets to Punchline Comedy's show in Beijing and Shanghai. For your chance to win, scan the QR code, follow That's Shanghai or That's Beijing on WeChat, and wait for details: