Stepping over someone's body is such a mark of disrespect in Chinese culture that there's even a chengyu about it - 胯下之辱, or literally "the humiliation of crawling between another's legs."

Using this proverbial insult as his inspiration, an associate professor in Wuhan asked his students to step over his body as they left the lecture hall. By doing so, he hoped to challenge students' timidity and reverence for authority, and encourage them stride ahead confidently forge their own way in life - or, as he so eloquently put it, "dare to throw an egg in Obama's face." 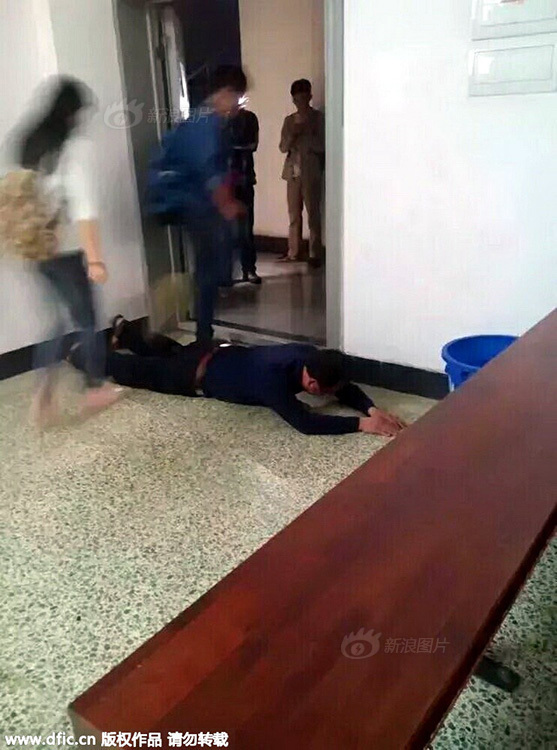 The unorthodox was met with praise not only from his own students, who reportedly cheered on his decision, but also web users across the country with whom his call to "use scientific truth to negate authority" and "resist the spirit of influential bigwigs" resonated.

"This step," expounded one of the article's thousands of supportive comments, "isn't just over one person but over all of authority, encouraging students not to fear and dread authority but to step forward bravely."

By evening, state mouthpiece People's Daily even weighed in, cautiously commended the professor but labeled the practice a "doubled-edged sword" that should to be sheathed before it threatens to attain ceremonial status and "pierce through a window into hitherto unknown extremes."