Anyone with half an interest in Hong Kong’s trendy dining scene will know of Chachawan, a much lauded Thai restaurant specializing in food from the Northeastern Isaan region, renowned for its bold, spicy flavors.

Having become something of a cult restaurant, Chachawan is extremely popular with Hong Kong’s hip young things, who Instagram images of and rave about the restaurant’s most popular dishes, including a flame-cooked, lemongrass-stuffed whole fish with chili dipping sauce, or grilled chicken thighs marinated for 24-hours in fish sauce. 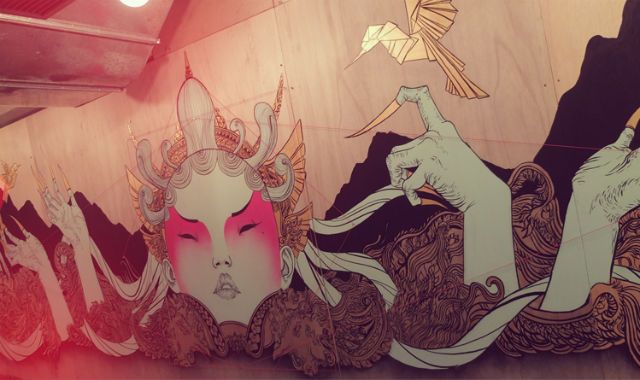 It was with some confusion then that a restaurant of the same name and logo has opened up in Shanghai’s Changle Lu (on the same block as Bistro Burger and Cantina Agave), despite having no affiliation to the original in Hong Kong.

Initial outcry about the name copying began when people in Shanghai questioned over the owners about blatant similarities between the two ahead of the restaurant’s opening this week, which were met with replies that the word ‘Chachawan’ is actually a very common name for restaurants in Thailand. 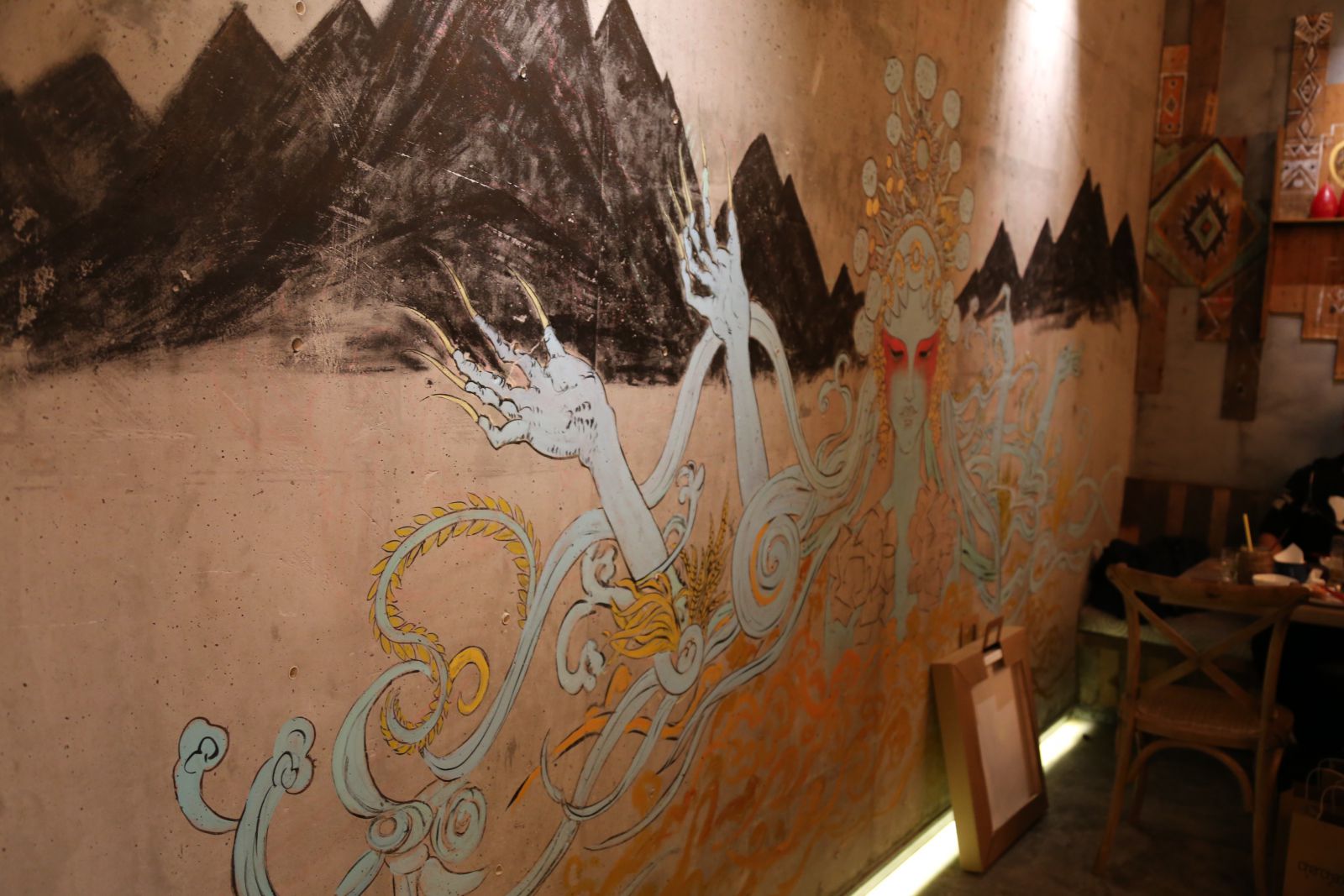 However, the real outcry began when the Shanghai 'Chachawan' opened its doors in soft opening this week, revealing that they had not only copied the name, but the logo, interior decoration features, and even had a stab at copying the original mural wall art of artist Caratoes in the Hong Kong original. As one instagram user, @theorangeblowfish angrily exclaimed “they’ve even copied @Caratoes amazing art but done a shit job of it!!”

Naturally, the proprietors of the Hong Kong Chachawan have expressed their outrage at the shameless plagiarism of their brand, namely their disappointment in the apparent lack of originality from the owners of the Shanghai version. 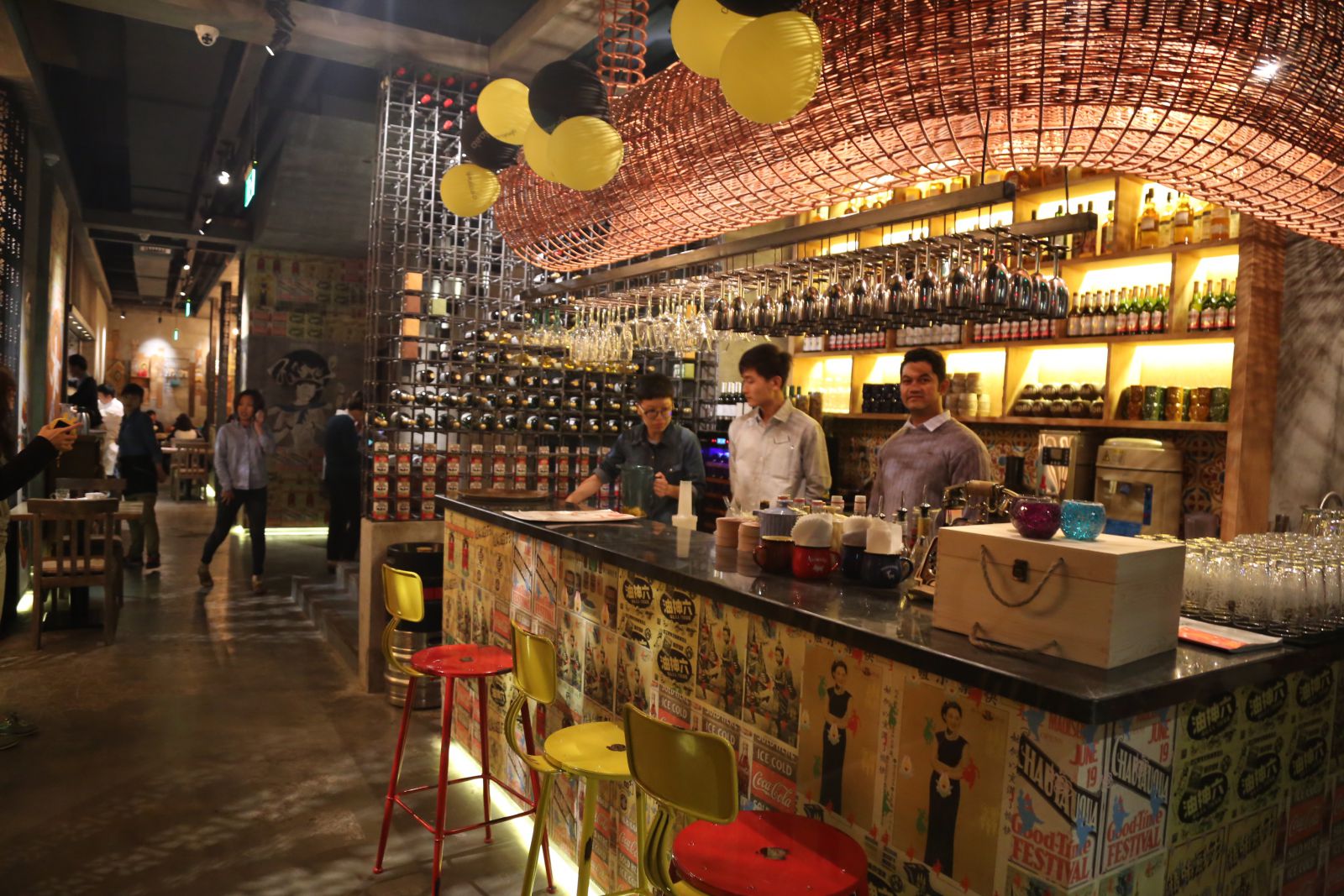 According to Yenn Wong, who established Chachawan in Hong Kong with chef Adam Cliff, Banana Leaf (Chinese name 广州蕉叶), the restaurant group responsible for the Shanghai version approached them with the offer of collaboration, even going so far as to fly the duo out to Shanghai to view the proposed location of the restaurant. However, when they declined, the Guangzhou-based company, after first unsuccessfully attempting to poach chef Adam, decided to go ahead anyway, despite not having their consent.

Anywhere else in the world, an act of copying so blatant would be met with swift legal recourse, so just why is it in the China mainland that a restaurant group specializing in Thai food with no less than five individual locations of various Thai restaurants would think they could get away with this? The problem lies in thinking that there are no financial legal repercussions or backlash from consumers from such actions, coupled with a severe pride deficit over their lack of originality. 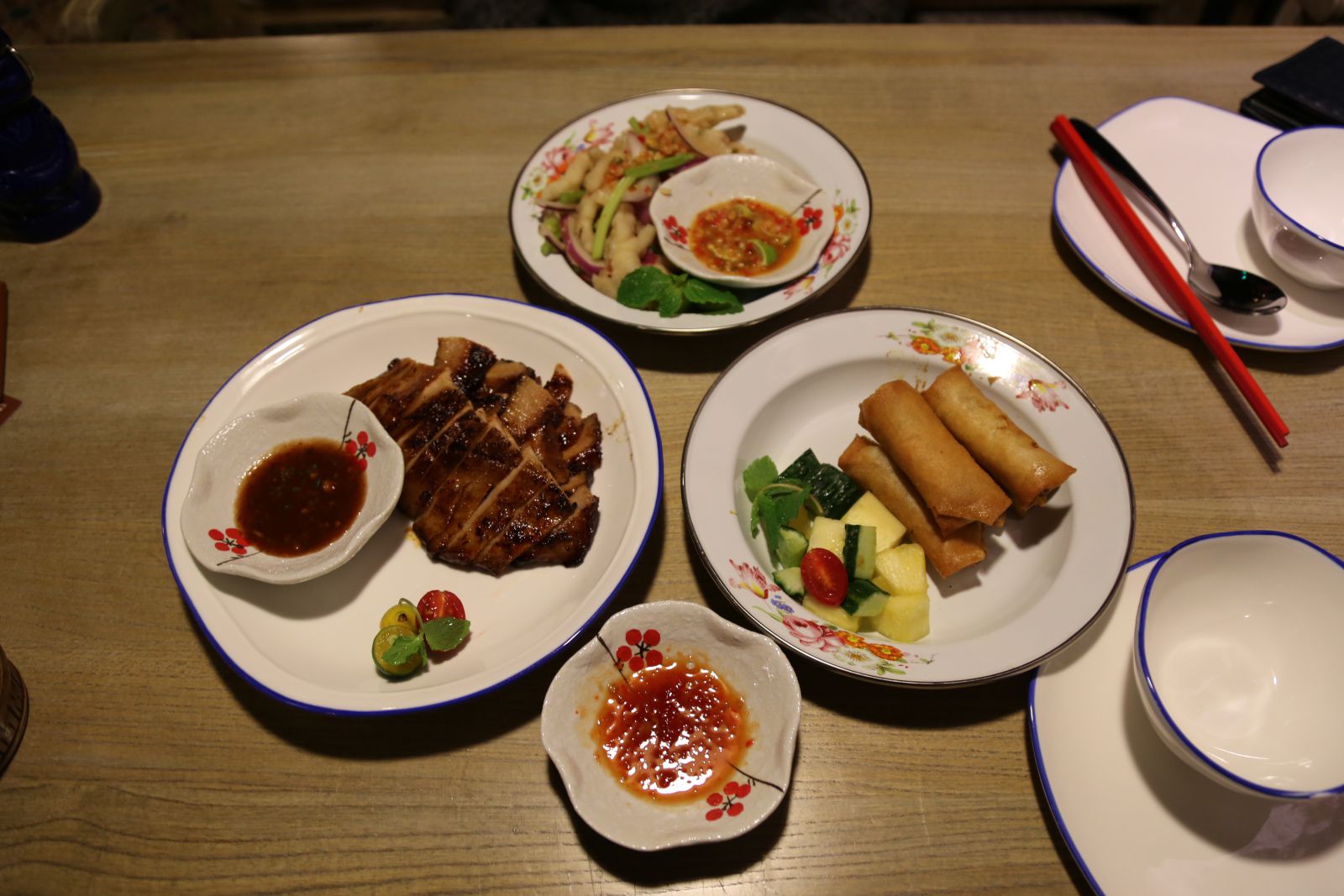 Food at the Shanghai Chachawan.

So just what is the food like at Shanghai’s Chachawan? On our visit, the restaurant was already doing a brisk trade of locals, thanks to the promotional deals offered on the company’s WeChat. We were expecting to see at least some of the dishes from the Hong Kong version of Chachawan, but the Shanghai’s Chachawan is a baffling experience.

While they have gone as far as to copy the name, logo and even the murals of the Hong Kong original, they have copied none of what truly makes Chachawan special – the food. The food at the Shanghai Chachawan is a pale comparison of real Thai cuisine, and is more like mediocre Chinese food with a couple of weak south-east Asian accents, like sweet chili sauce.