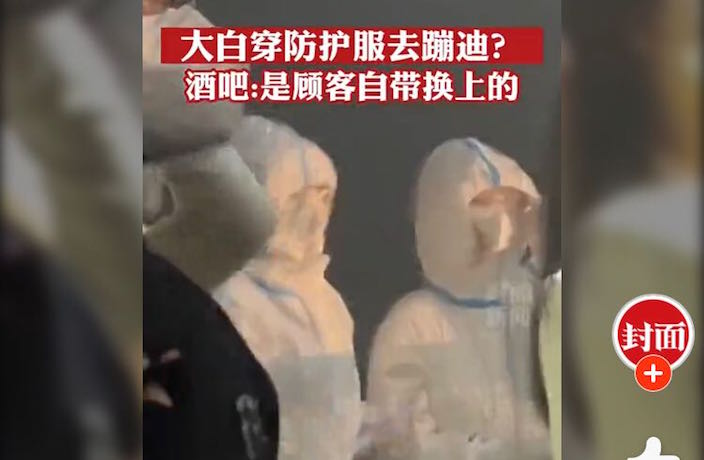 A video showing two partygoers in a bar dressed as dabai (a Chinese term used for healthcare workers in hazmat suites, literally ‘big whites’), has gone viral on the Chinese internet.

Two individuals can be seen partying on the dancefloor wearing full hazmat suits, as well as masks and goggles.

The video was filmed on December 11. A related hashtag has already been viewed 100 million times on social media platform Weibo.

The video prompted the bar – located in Zhengzhou, capital of Henan province – to respond. They said the two individuals were not dressed as dabai when they first entered the bar, and that they had later changed into the hazmat suits, as reported by news outlet Fengmian Xinwen (封面新闻).

Entertainment venues have often sought to show sensitivity when it comes to anti-epidemic workers. During Halloween, 2022, many venues banned the wearing of costumes related to the COVID-19 pandemic, including dressing up as dabai. 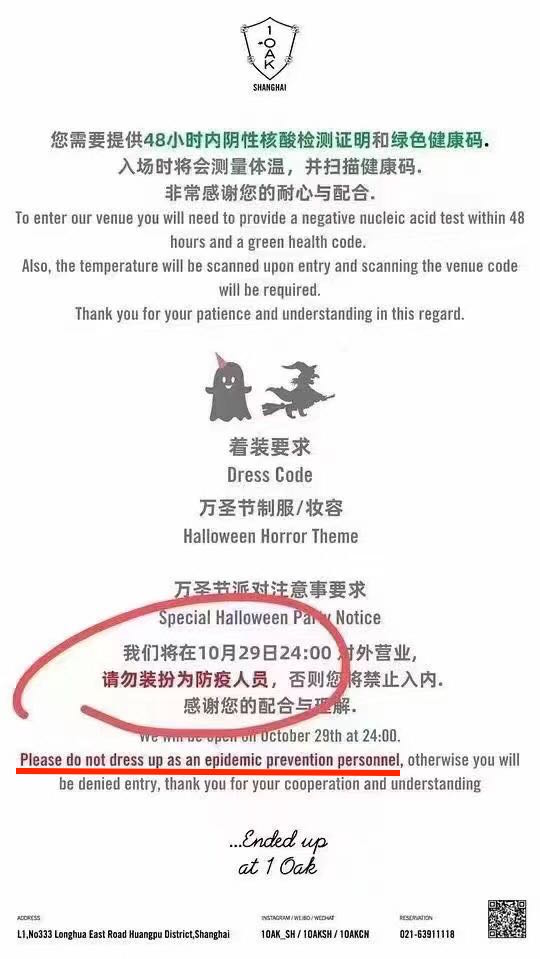 The dress code for a halloween party at 1OAK in Shanghai, Huangpu district