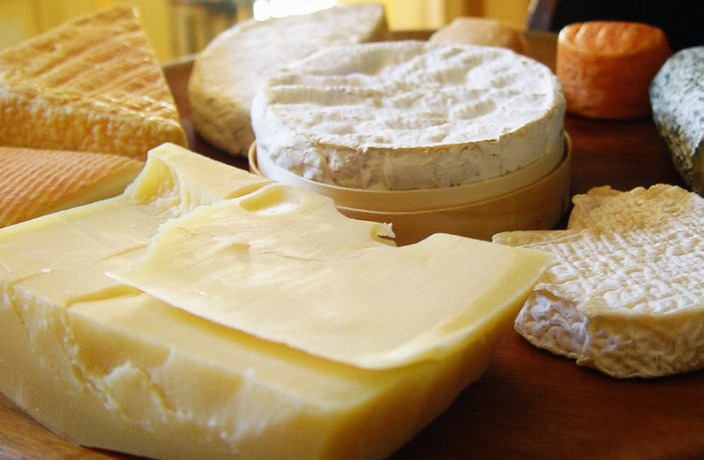 Following the munstrosity that was the temporary ban on soft cheeses last month, it looks like China is set to scrap it.

In a WeChat post, Shanghai-based online cheese retailer Cheese Republic — which first broke news of the ban in September — said that the cheese import restriction is no more.

We also reached out to the European Union Delegation to China (based in Beijing), who confirmed in an email statement that the restrictions have indeed been lifted:

"Last week a series of bilateral meetings were organised between experts from European Commission Headquarters (DGs SANTE and TRADE) and the EU Delegation on one side, and relevant administrations (AQSIQ, National Health and Family Planning Commission - NHFPC) on the other side. NHFPC reported that an explanatory note had been sent to AQSIQ clarifying that the bacterial cultures used for the production of these cheeses were not harmful to consumers' health.

"Taking into account that the Chinese cheese standards are outdated, the EU Delegation and the French Embassy will organise before Christmas a technical seminar between European and Chinese experts to facilitate the updating of the relevant standards, thus limiting the risk of such events re-occurring in the future."

According to Cheese Republic's Friday update, the cheeses will start appearing in China again over the next five to six weeks, with Saint Nectaire and Roquefort already in stock.

It’s unclear if two other items rumored to be blocked — canned soups and baking powder — are impacted, though several China-based online grocery delivery services currently have numerous imports of both items in stock.

Among the types of banned last month were mold-ripened and "soft cheeses" (AKA the "smelly cheeses"), nearly all from France — Brie, Camembert, Roquefort, goat cheese and blue cheese (including Stilton from the UK). They joined the Italian blue cheese variety Gorgonzola, which was initially blocked from the country in 2016.

READ MORE: Everything We Know About China's Cheese Ban So Far

This isn't the first time China has temporarily banned cheese imports for short periods of time before subsequently allowing them back in the country. In 2014, Beijing banned all British cheese imports after food inspectors were said to be dissatisfied with standards at a single, isolated British dairy that didn't actually supply any of its product to China. And in 2008, Italian mozzarella was blocked after a recall due to fears it contained carcinogens.

Get that crispy goodness on demand with these delicious imported chips.