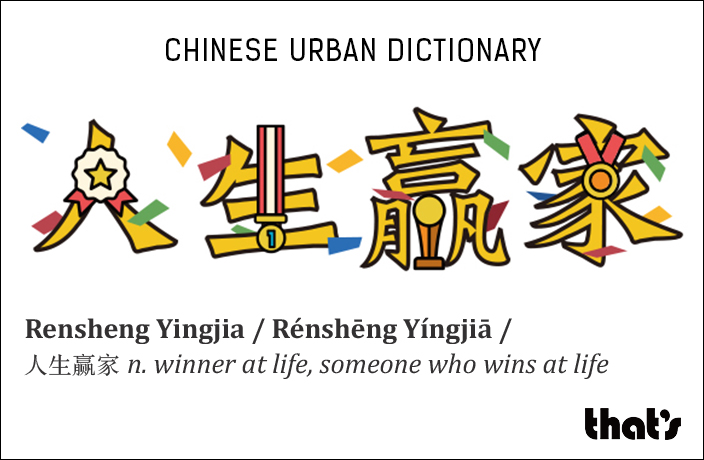 A. Check out this year’s '30 Under 30' list. How can one person achieve so much at such a young age? I'm about to turn 30 and I haven't done anything with my life

A. But these people are already so far ahead. They pretty much win life.

B. Yeah, they are the rensheng yingjia. You’re either born one or you’re not.

Life is not the Olympics. But there are people in our lives (or Facebook feeds, at least) who seem to fare so much better than everyone else that they deserve medals. While the rest of us stumbled around as kids, felt our way out of puberty, floundered in our early jobs and left trails of mistakes in our love and family lives, there is a small group of humans who did well from an early age. They went on to successful careers, married the right people and raised bright kids.

They just seem to have figured out life. They’ve racked up such high scores that they have become impossible to beat. The rest of us stop trying to catch up and just concede. We say: “Fine, you win; you have won at life; you are rensheng yingjia, now please unfriend me on Facebook.”

Rensheng yingjia – literally ‘life winner’ – refers to those who are successful from the start. They seem to enjoy fulfilling personal lives too, just to shut you up before saying things like: “Yeah, but are they really happy?”

Often rensheng yingjia have the kind of personality traits that society reveres, such as being extroverted rather than introverted. They’re often from good families with high social status, which afforded them greater resources growing up. On top of everything else, they just seem to have so much… luck. They never suffered setbacks or had to pick themselves up after failures. They knew where the prize was, so they just went ahead and grabbed it.

As class solidifies and pedigree comes to matter more than hard work, matching some people’s achievements will become harder for the regular Zhangs and Wangs. So, in today’s China, calling the lucky ones rensheng yingjia is both self-deprecating and relieving. Because once you admit defeat, you free yourself from the pressure of trying to keep up. And as the workings of the upper classes become more opaque, at least acknowledging the mysterious ways of rensheng yingjia can bring us little guys together. 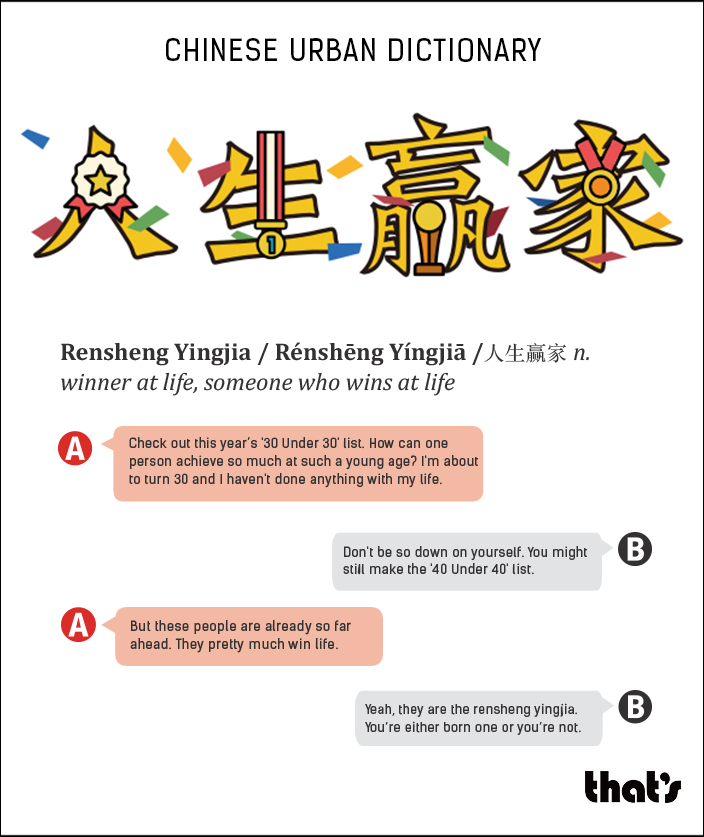