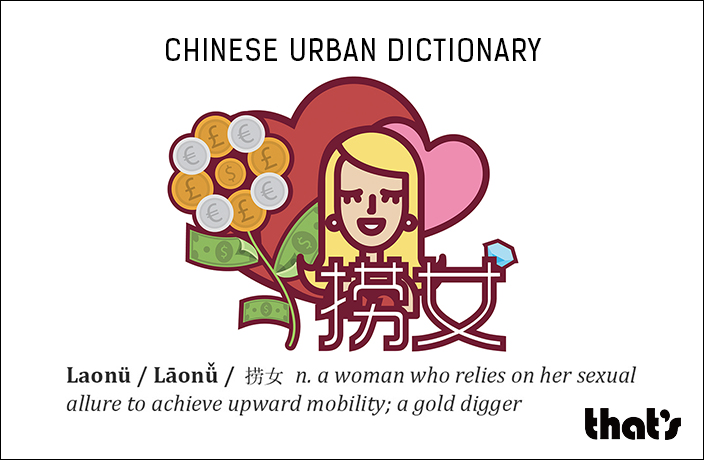 Laonü / Lāonǚ /  捞女  n. a woman who relies on her sexual allure to achieve upward mobility; a gold digger

A：Why does Lingling always go to the golf course? She doesn't even play.

B：She is playing a different game, if you catch my drift.

B：Why else would she doll up just to sit there playing with her hair?

B：Well, it worked for all her other friends.

Almost every society is a class society, regardless of whether its members admit it or not. And we live in an age where upward mobility is increasingly rare. It used to take either Albert Einstein’s superb intellect, Henry Ford’s hard work or Bill Gates’ lucky timing to step into the class above. Nowadays, bridging the divide is so difficult that it will probably take all of these things combined to truly rise up.

But there are class societies and there are communist class societies. In China, where the idea of class was once forcefully eliminated, it is now back with a vengeance. And pop culture is eager to depict class differences and those who try to defy their status.

Among those desperately seeking upward mobility, laonü is a favorite group to portray. These are the young and gorgeous women hoping to marry into wealthy families (lao is the verb ‘to scoop’; nü means ‘woman’). Coming from working- or middle-class families, these girls set their eyes on ‘marrying up’ and will risk anything for the chance. Urban legend suggests that they frequent private clubs and corporate gatherings, spending all their money on a first-class plane ticket in the hope of catching the eye of someone who can actually afford to be there. (Wendy Deng is often said to be the poster girl of this group.)

So, before you get jealous of laonü or the rich guys who marry them, know that class society is a bitch and the lack of upward mobility is bad for everyone. 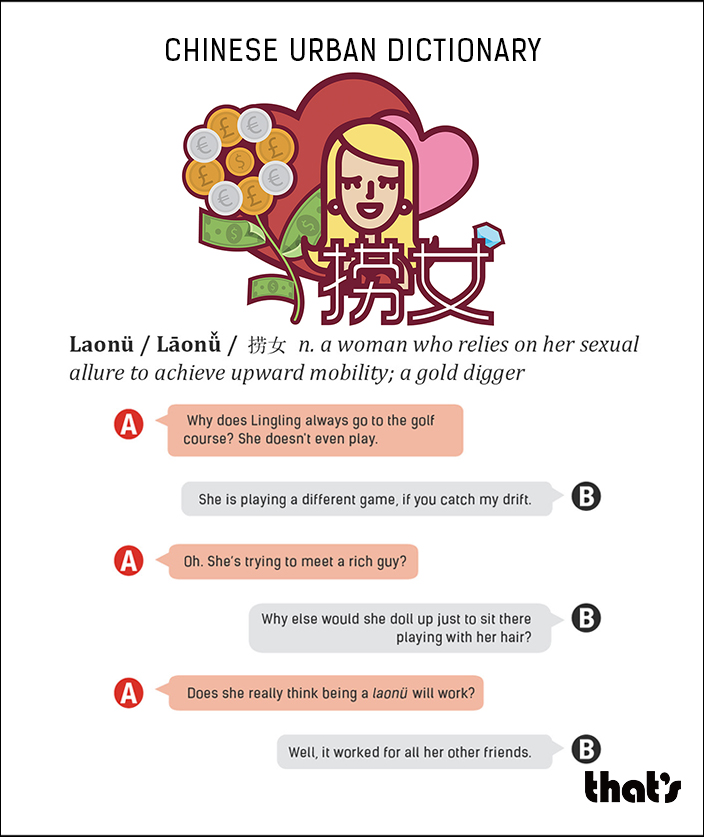