Authorities from Tianjin’s Environmental Monitoring Center said no cyanide was detected from three water samples of the Hai River taken near a spot where thousands of dead fish floated ashore, reports CCTV. 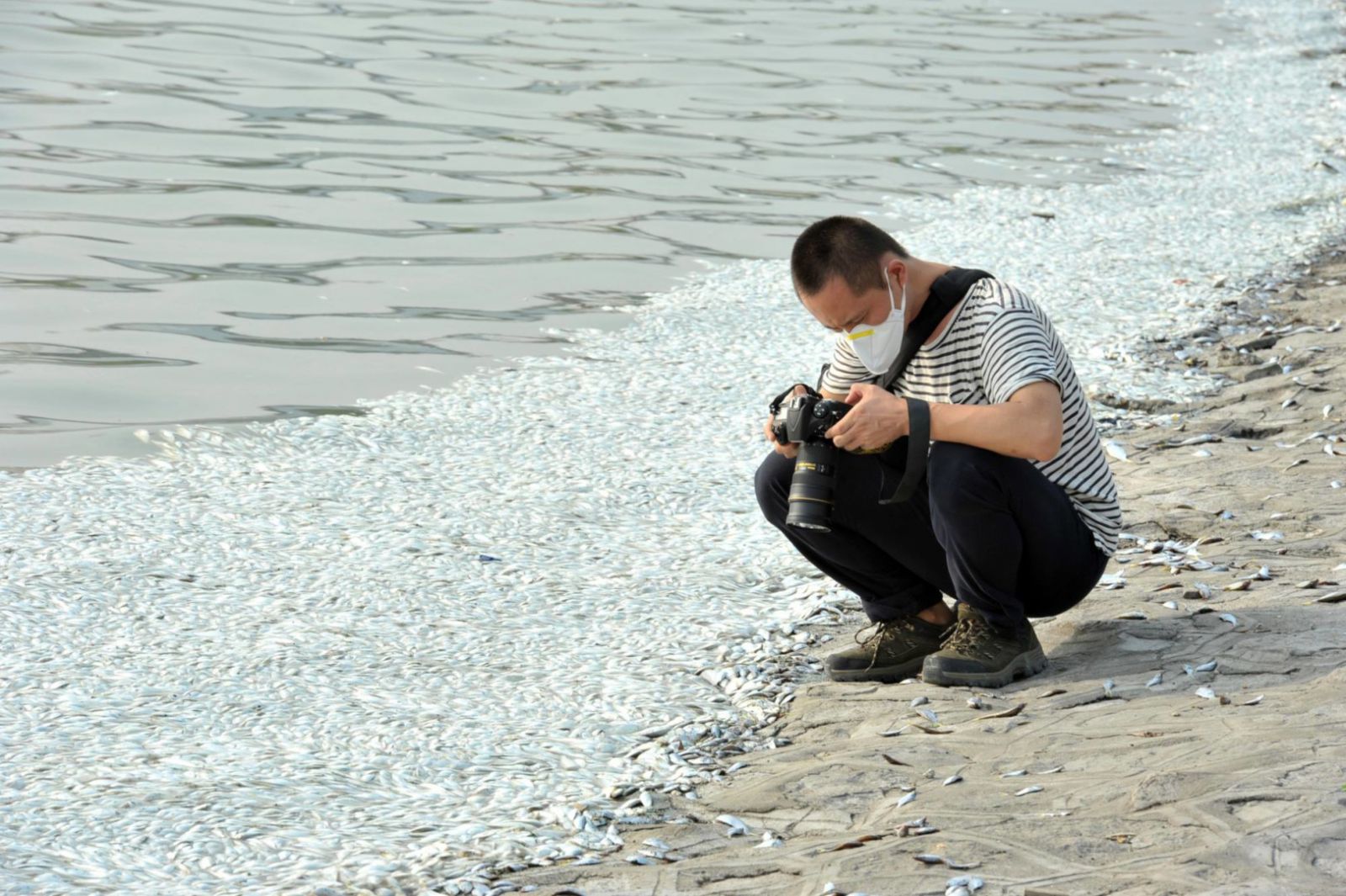 Thousands of dead fish washed up along the Hai River at a location about 6 km from the site of last week’s massive explosions at a chemical warehouse. 700 tons of sodium cyanide were being stored at the Ruihai International Logistics warehouse, leading to ongoing fears of chemical contamination. 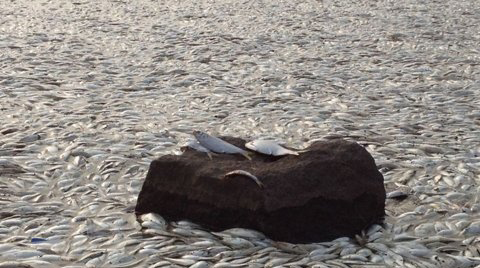 “The explosion created a chemical lake where cyanide levels are 800 times higher than the normal level.  Cyanide levels in pools of water near the site are up to 356 times above normal,” reports CCTV. “Even outside the quarantine zone, some testing sites are finding cyanide at levels up to eight-times what is normal.”

Since sodium cyanide reacts with water to produce the highly poisonous gas hydrogen cyanide, chemical experts have warned that contamination of groundwater is a huge risk. 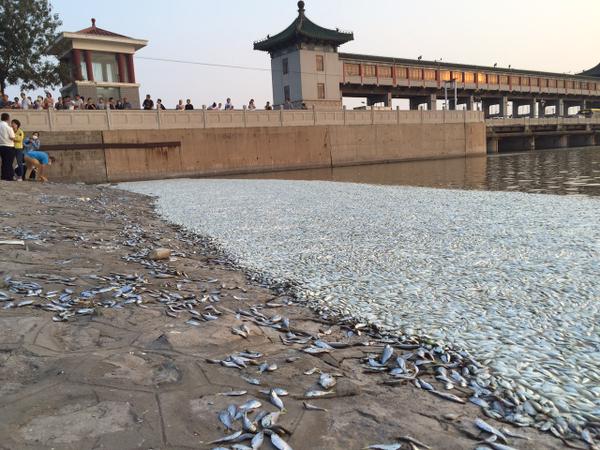 Despite that claim, officials also warned residents whose homes are within the 3-km exclusion zone of the blast to not to touch or spray water on any powder in their apartments if they return to collect belongings. 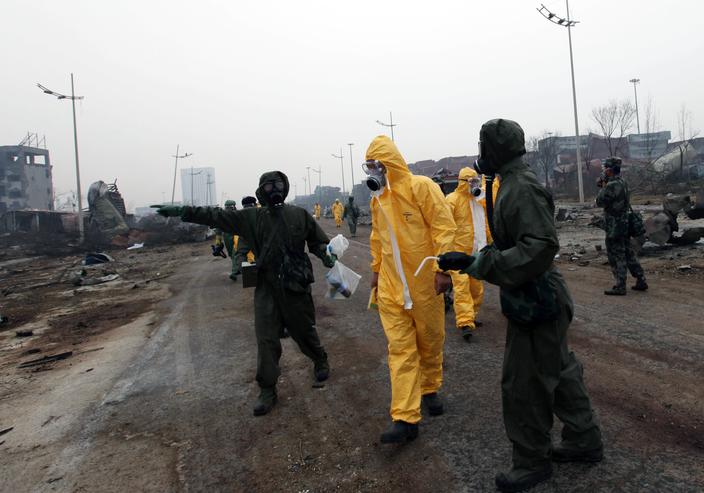 As photos of the dead fish began spreading on social media yesterday, authorities were quick to say that there could be several possible explanations for the mass fish die-off and a team had been sent to investigate. They added that it’s not unusual to see dead fish in summer due to hot weather or from other sources of pollution. (Given the extent of pollution in China, we don't find this explanation particularly reassuring...)

Netizens responded with skepticism and sarcasm, joking that the appearance of upturned fish was an auspicious omen, speculating the fish were illegal immigrants from North Korea and remarking that they emitted the stench of corruption. 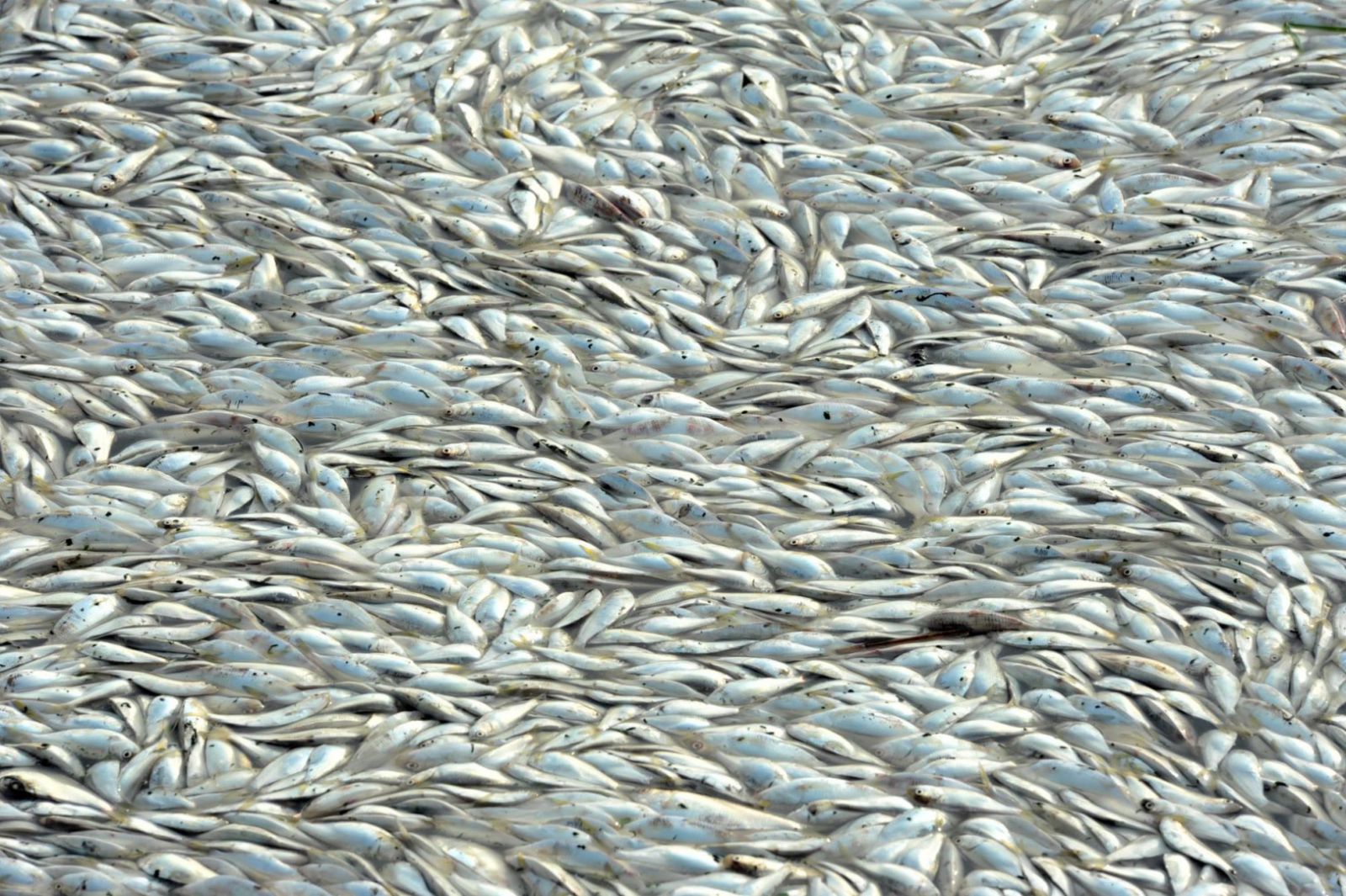 Two Ruihai executives who hid their ownership of company shares behind friends and relatives have admitted to using government connections to obtain permission to store hazardous chemicals. Ruihai’s vice president Dong Shexuan is the son of the former chief of police of Tianjin port.

"My guanxi is in police and fire. When we needed a fire inspection, I went to meet with officials at the Tianjin port fire squad. I gave them the files and soon they gave me the appraisal," Dong told Xinhua.

65 people are still missing after the explosions that have killed a confirmed 114 people.