A Japanese izakaya, in some shape or form, seemingly opens every week, but Drunk Uncle is not some new wanghong spot with bells-and-whistles plates designed specifically for photos.

In fact, it first opened back in 2013 on Changhua Lu, and since then has closed and reopened twice in different locations. But, at its core, it remains the same – an unpretentious, beer-focused neighborhood hangout with a nod to Japanese izakaya culture. 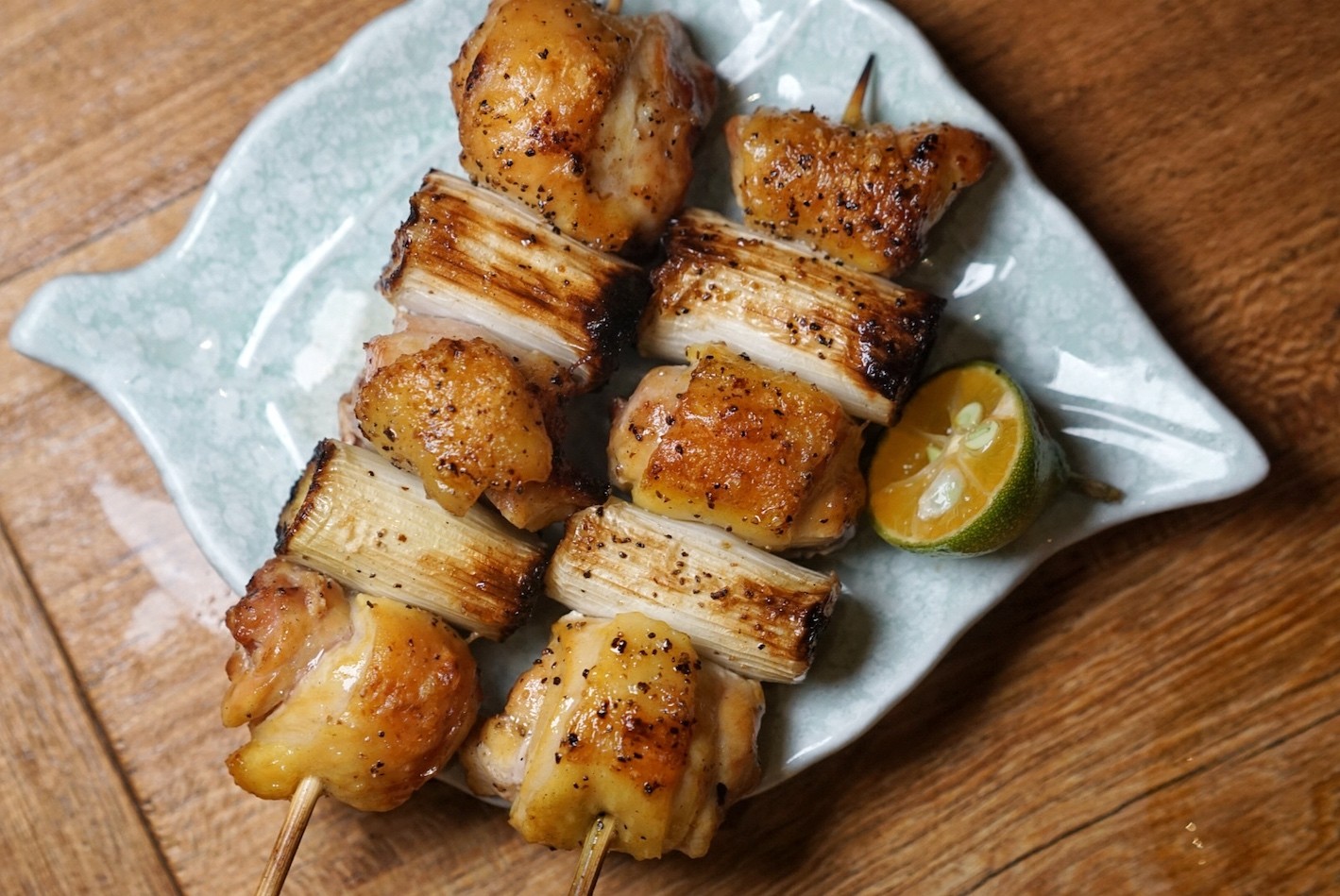 With grilled meats being the central focus, the most important aspect of an izakya is quality of said meat and seasoning. The grill works its magic regardless, adding that signature smoky char, but the spectrum between alright and delicious can be measured in flecks of salt. That salt and pepper is surely not missed on the thick slabs of Beef Tongue (RMB58), served charred on a hot, custom-purposed grill contraption, springy with a slight crisp, with chopped scallions and sesame seeds sprinkled unassumingly across the top. 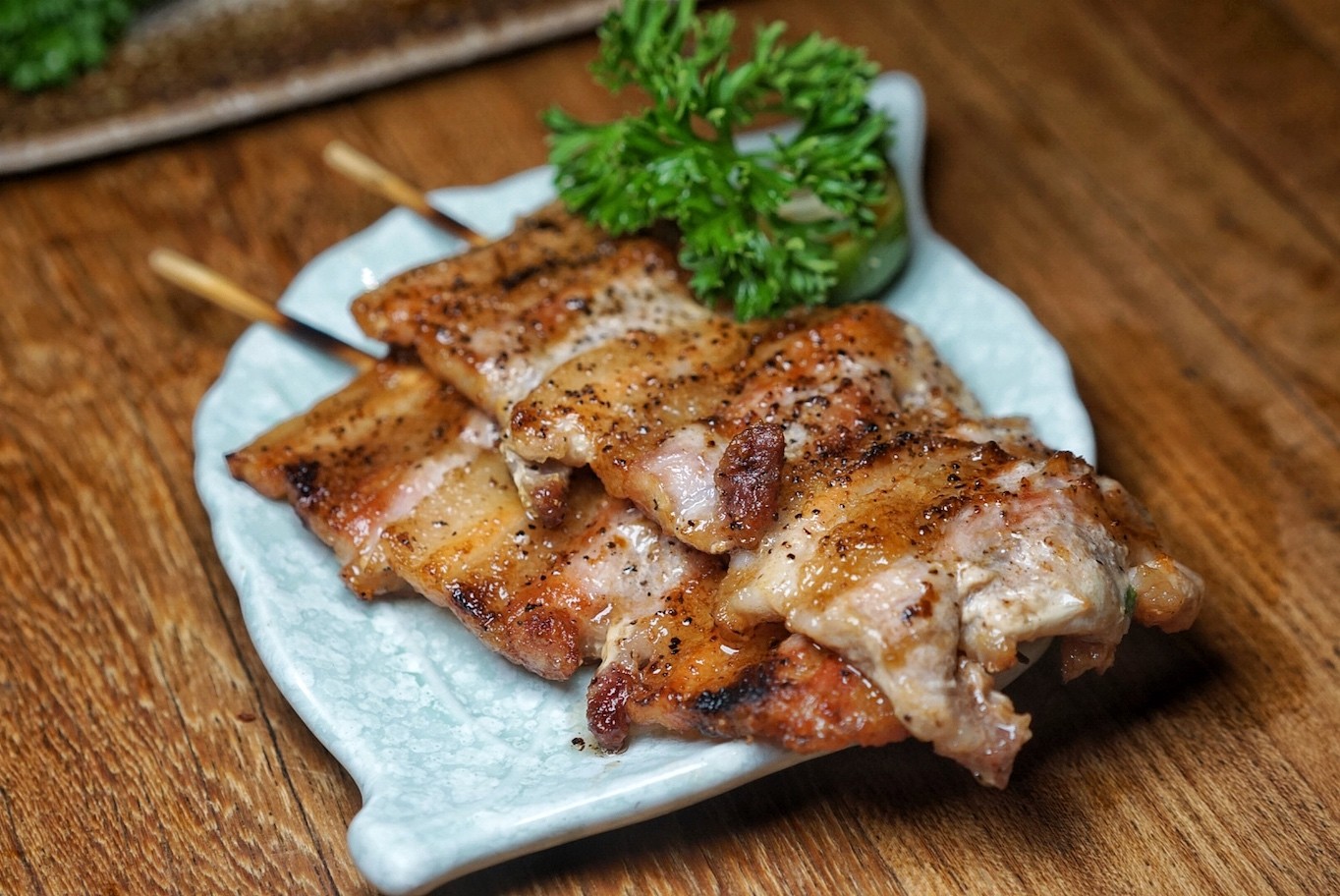 Ribbon-like ripples of thinly sliced Pork Belly (RMB18/each) are threaded through a wooden skewer, resulting in meat that dimples and puckers from the sear of the hot grill, melting the fat into a slick layer of added flavor. 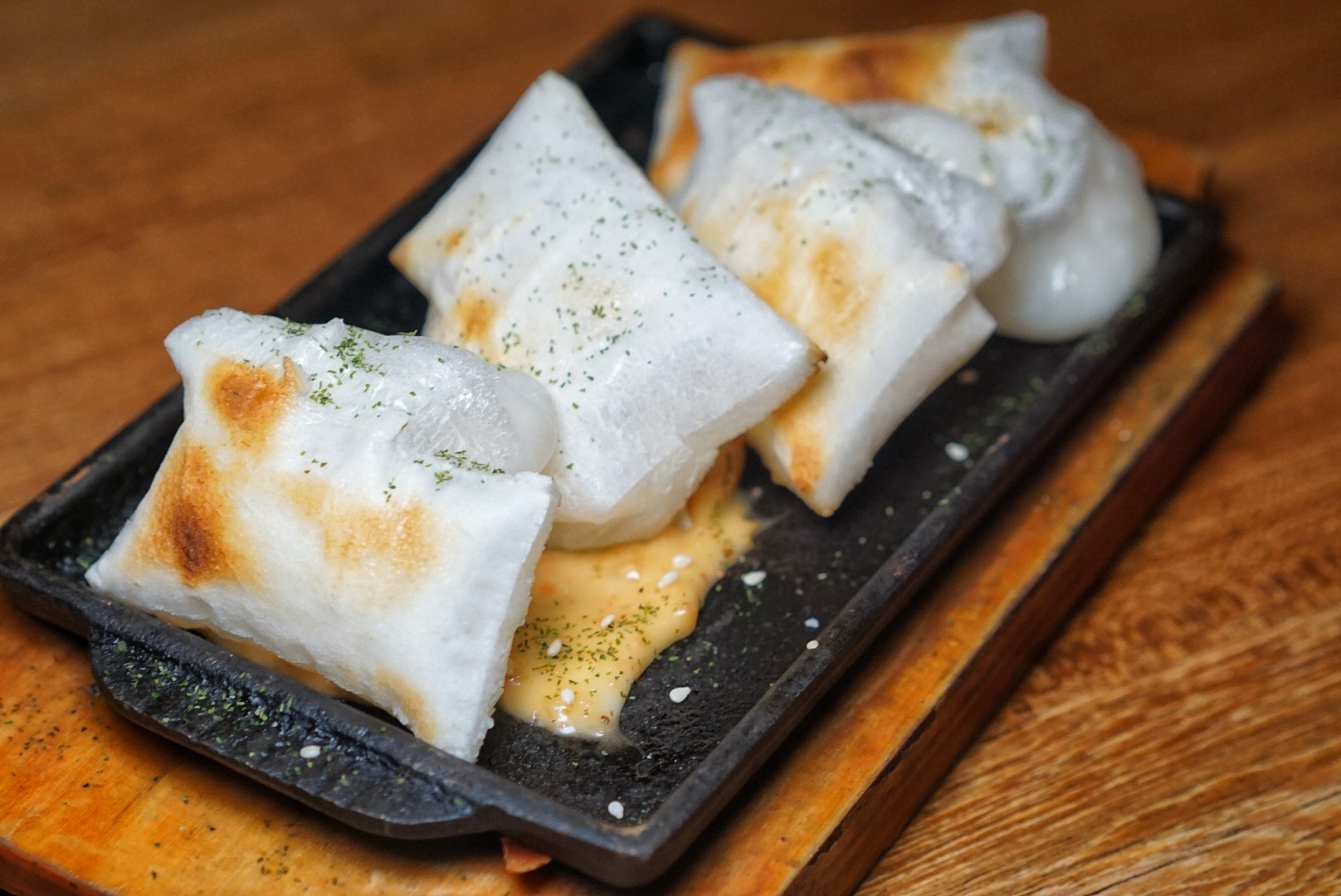 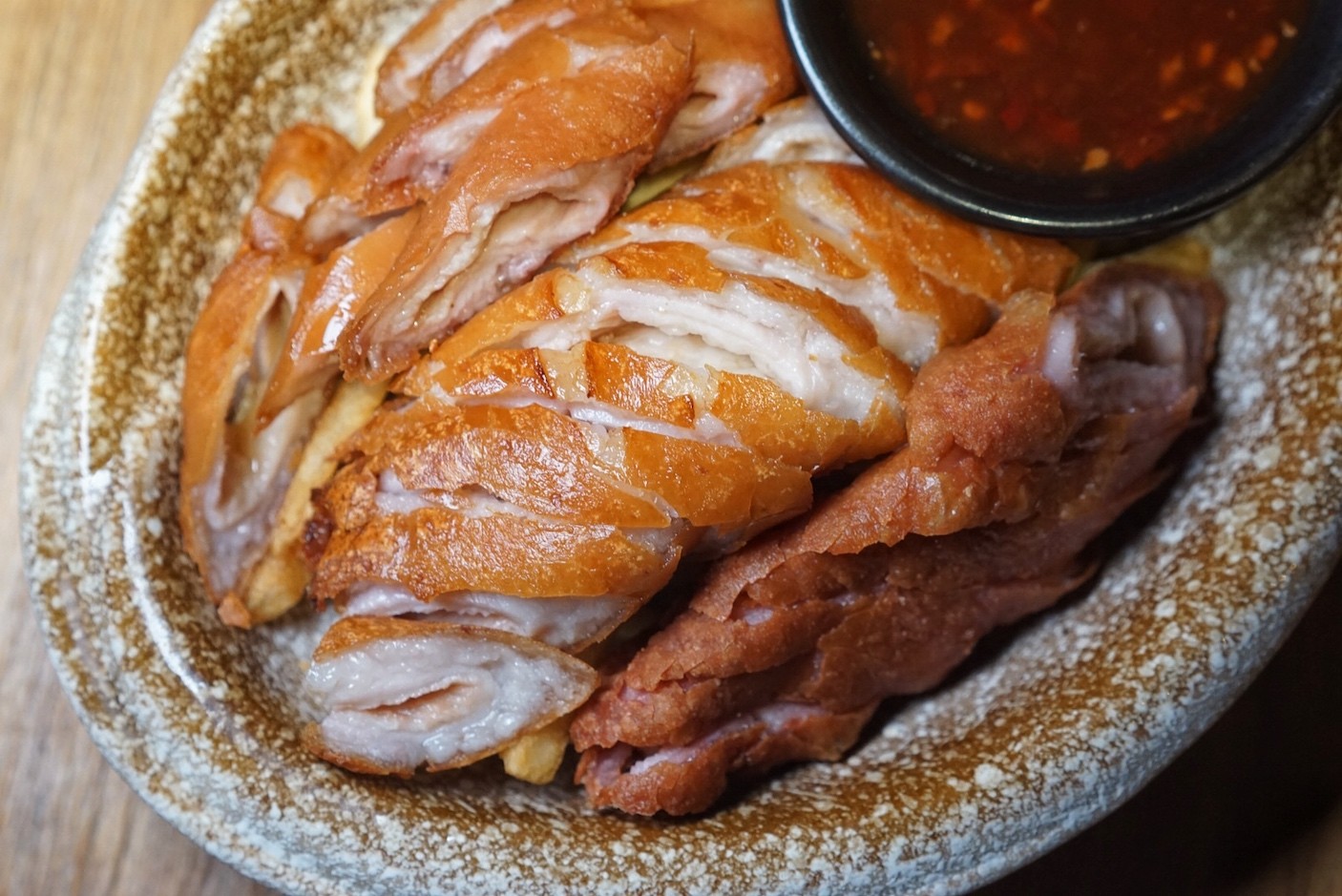 The venues most-ordered dish is the Drunkard Intestines with Fries (RMB69), a plate that finds its way onto every diner’s table. The greasy crunch of the intestines exterior, however, is quickly overpowered by the fatty center, a gelatinous texture similar to unrendered fat, further enhanced by the mineral-forward intestine aroma.

For some, this is appealing. For others, not so much. Understand your personal preferences before diving in. 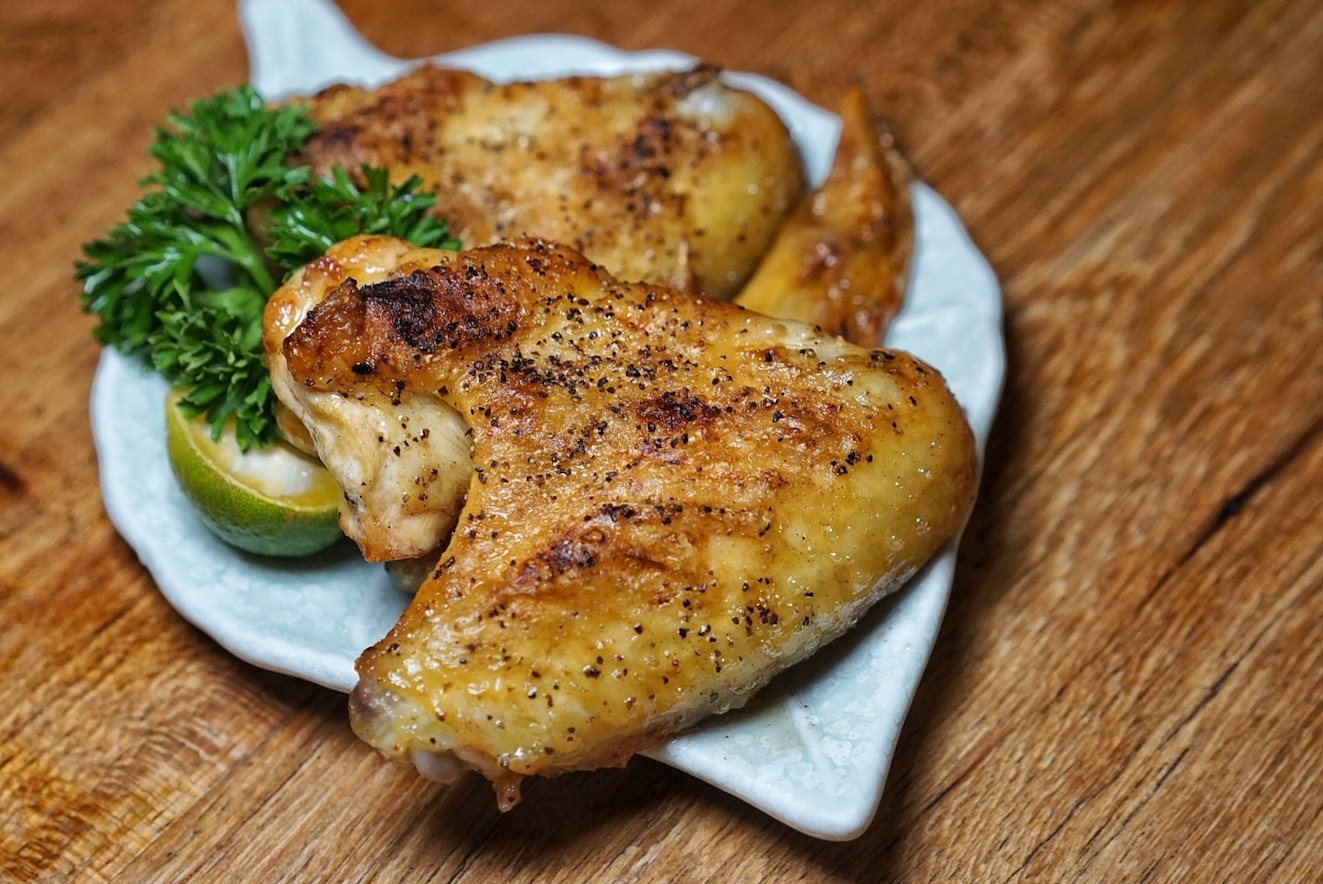 Smokey Prawns (RMB12/each), juicy Chicken Thigh (RMB15/each) alternating with flame-licked leeks and whole roasted Chicken Wings (RMB15/each) are all served with calamansi wedges, an added citrus kick that further affords these salt-laden morsels as the perfect pairing for a frothy mug of beer. 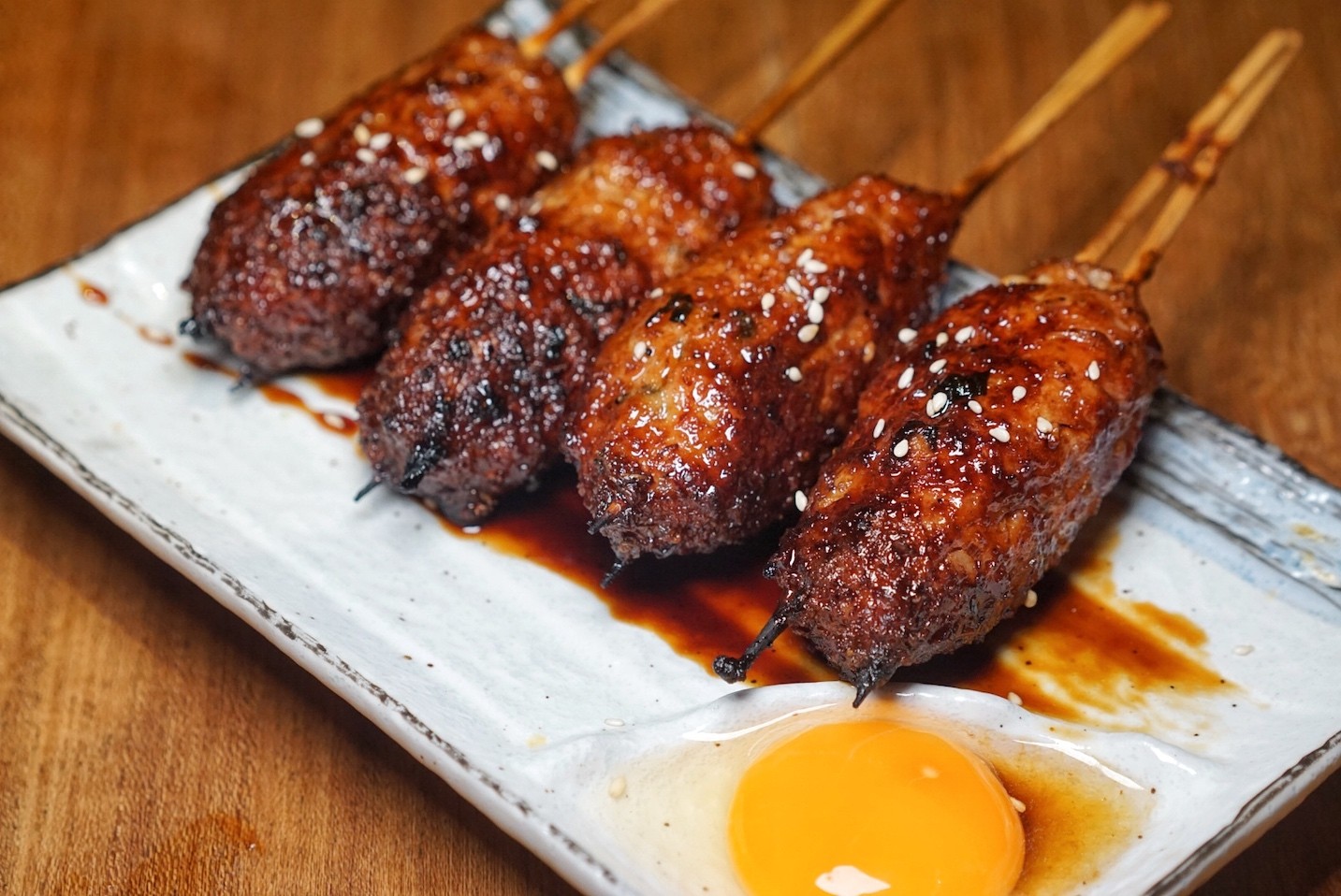 Our number one must-order, the Chicken Meatball (RMB20/each) is an oblong baton of fat-dripping meaty indulgence, coated in a soy, mirin, sugar and rice vinegar-based sauce. The crispy exterior gives way to the juicy meat inside, exactly how any meatball, regardless of cuisine, should. You can’t beat Suntory highballs for RMB25 either. No complaints here.

That said, the beer selection doesn’t hold the same clout it once did. Most tap beers are mainstream – Asahi, Goose Island and the like – with a Belgian and German leaning bottle list.

We guess we can see how in 2013 the beer selection was in a whole new ballpark for Shanghai, a time when craft beer culture was in its infancy and getting a Stella on tap was borderline exciting.

Nowadays, we are spoiled, with bottle shops dotting the city, sporting a variety of imported craft from nascent, experimental breweries on the outskirts of suburban American or European towns that leave us in awe at the utter logistics that must be involved in sourcing and moving said beers across the world and to our mouths in such an efficient amount of time. 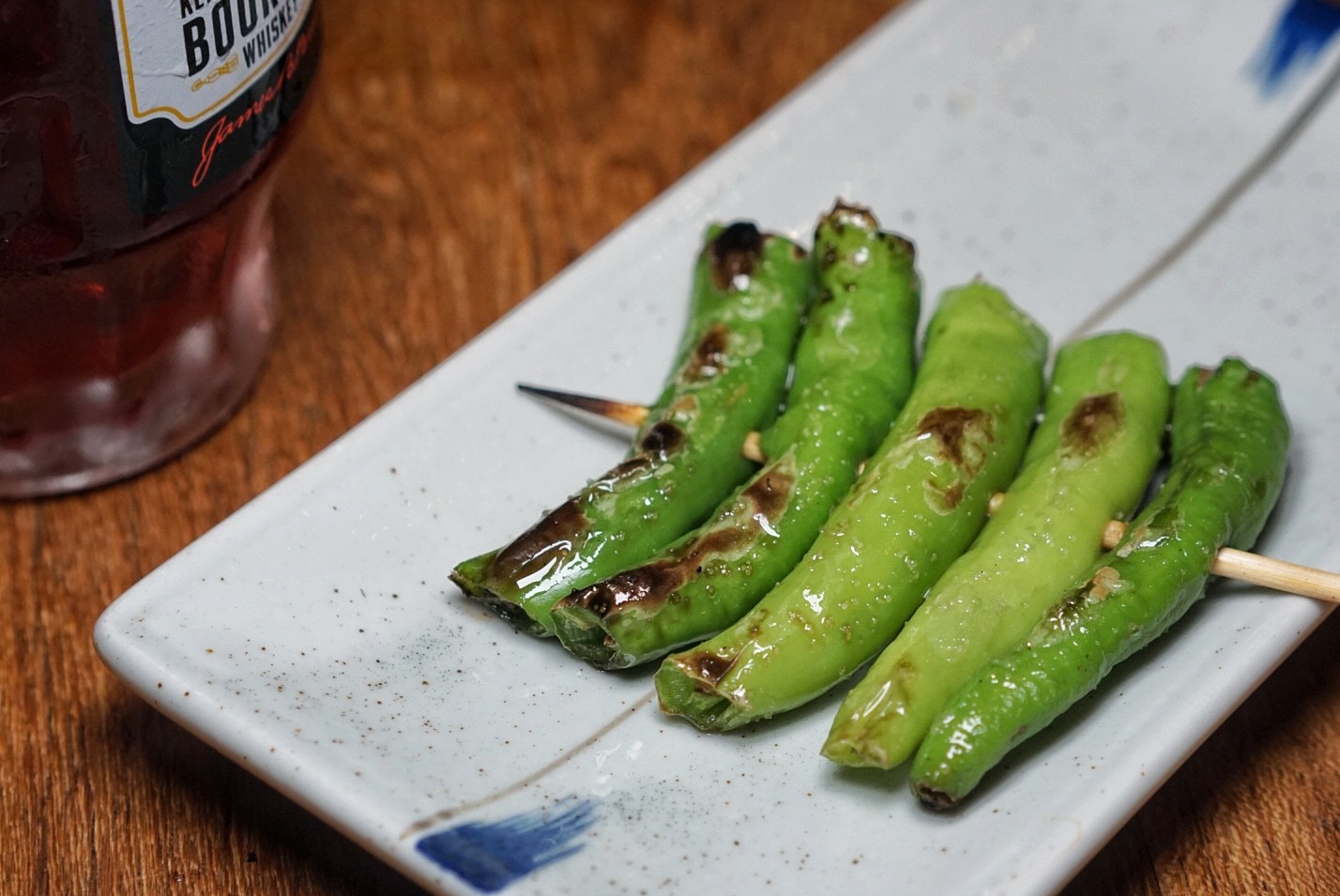 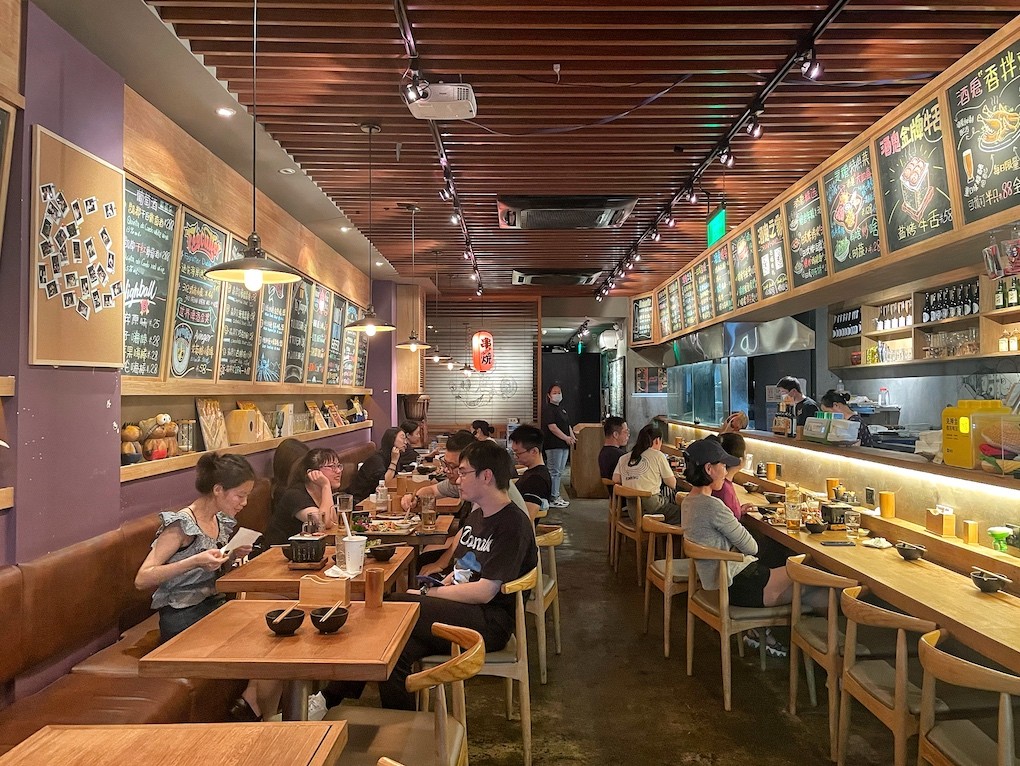 Yet, Drunk Uncle is busy seven days a week not because the food is so standout or the beer selection is so distinctive – people come here for the atmosphere.

It’s unelaborate, stripped down, a shining example of minimalism. It maintains its air of welcoming informality, an ethos embodied in the chalkboard menu, the modest décor and the food – both in how it’s cooked and presentation.

There are fewer and fewer restaurants that have stood the test of time in Shanghai, especially casual eateries. But Drunk Uncle has, despite moving locations, because it’s downright honest and well-executed. Nothing more, nothing less.

In the words of the late, great aeronautical engineer Clarence Johnson, ‘keep it simple stupid,’ and that Drunk Uncle does.