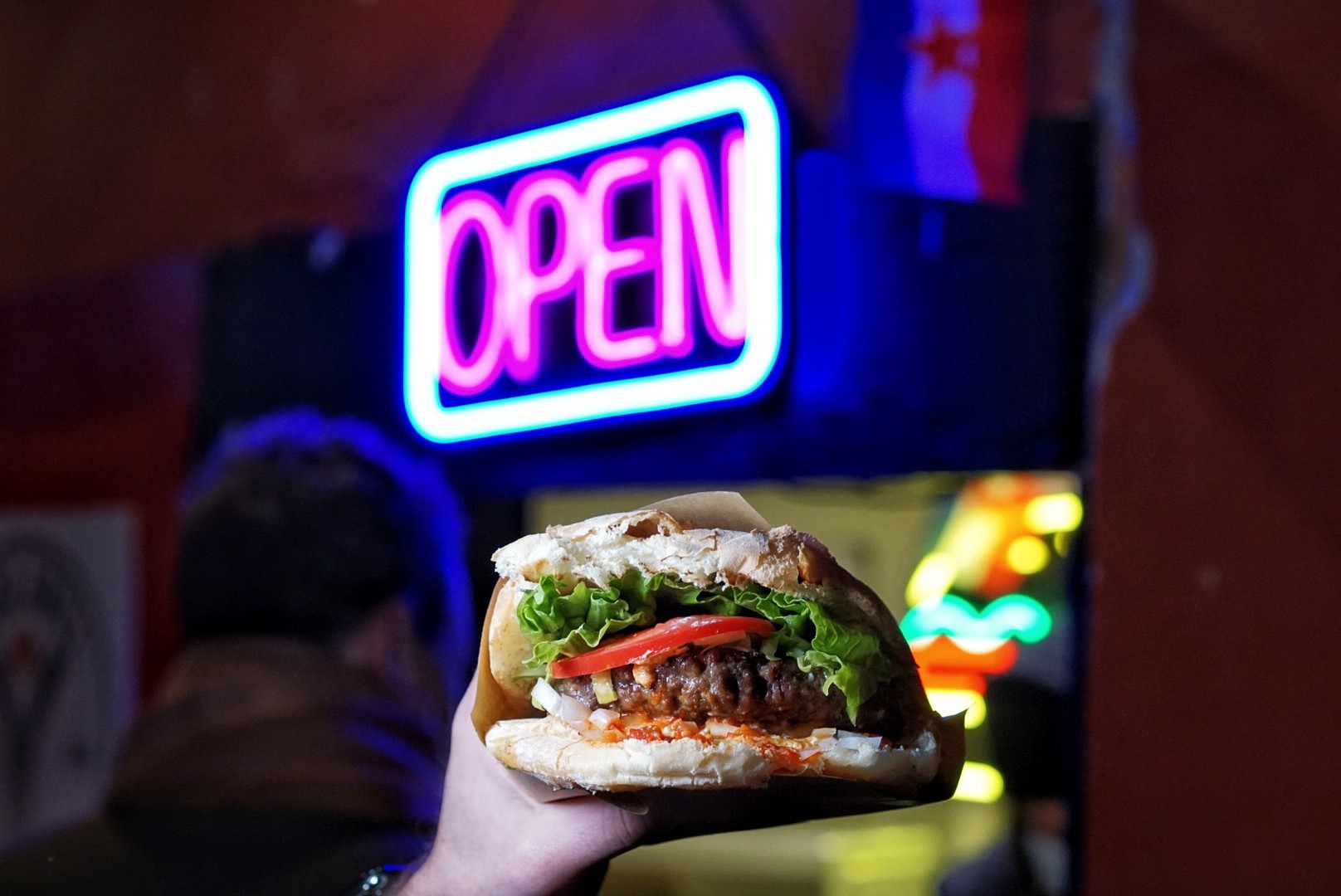 We’ve all been there; it’s late, we’re drunk and fried rice or noodles from a street cart just isn’t going to cut it. The craving for meat is real, yet the days of street corner chuar are no more. Enter Yugo Grill, a burger spot on the corner of Shaanxi Bei Lu and Wuding Lu, around the block from the now deceased Logan’s Punch (RIP). 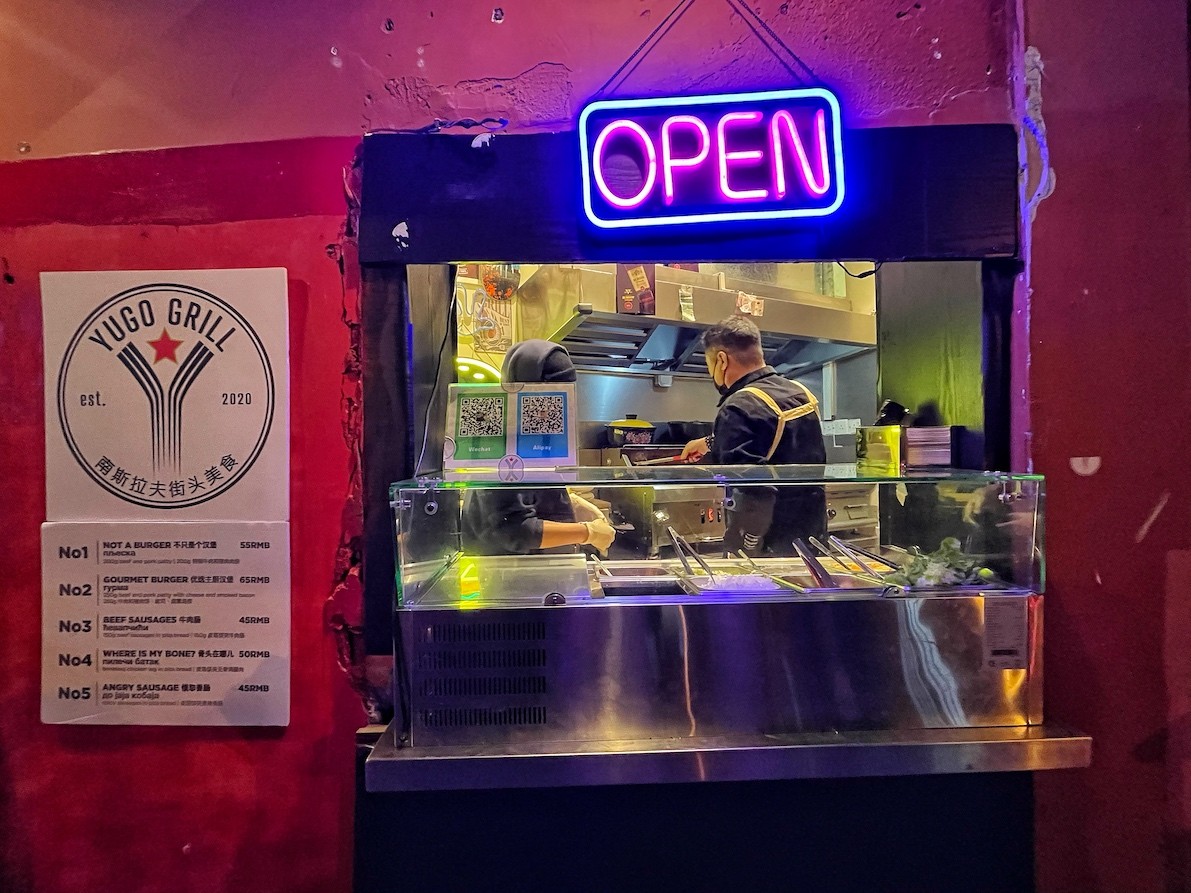 Born out of a craving for home, the four partners – all hailing from the region of former Yugoslavia – combined their favorite recipes and resources and opened an 8-square-meter popup window shop.

Despite being around for only a month, they are pulling in quite the evening crowd, with the Serbians, Croatians, Bosnians and Slovenians of Shanghai flocking in, forming a lingering mass on an already busy street that draws in the attention of more expats and locals alike.

We all know the drill – if there’s a line in China, curious onlookers will come out of the woodwork in droves, creating a wanghong sensation overnight. 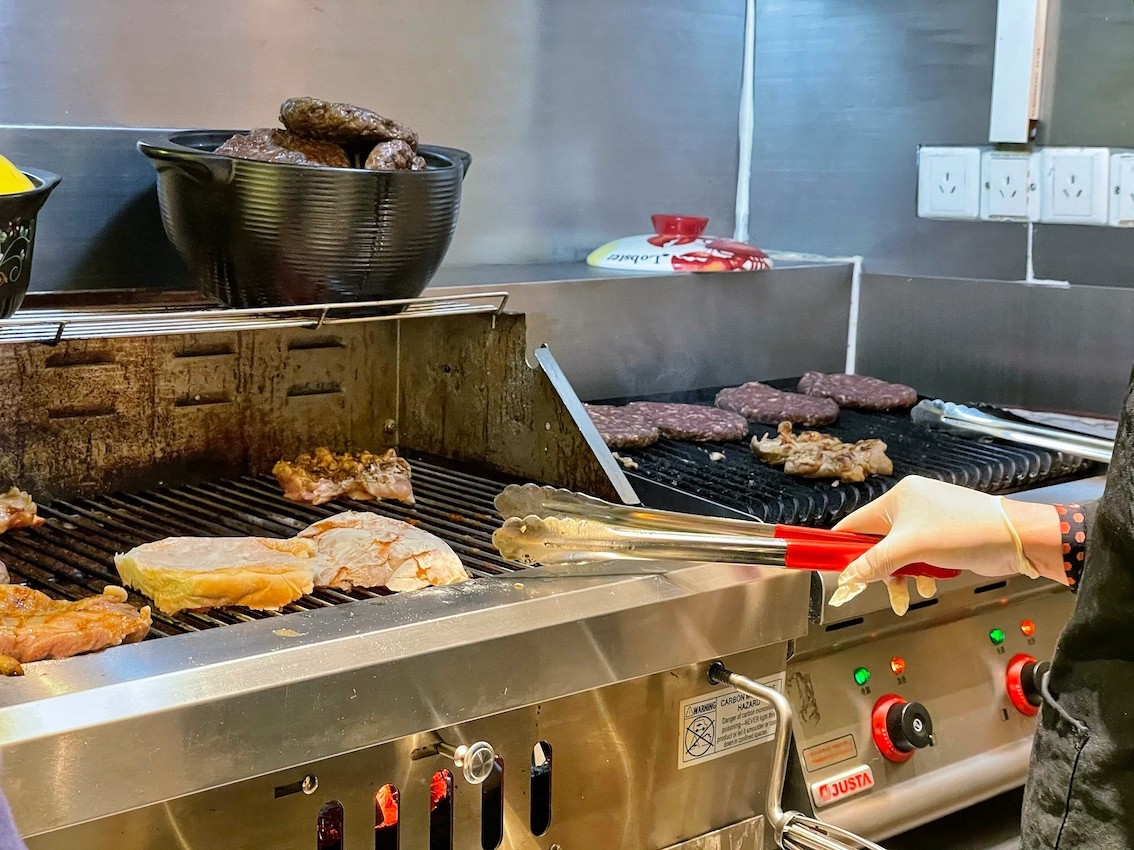 From reliable burger-consuming sources, we heard these are good. Like go-out-of-your-way good. Like top-three-burgers-in-the-city good. Nowadays, Shanghai’s burger scene rivals that of any Western city, so a claim this bold warranted an immediate visit. Plus, what the hell is a Yugoslavian burger anyway? Our curiosity is officially piqued. 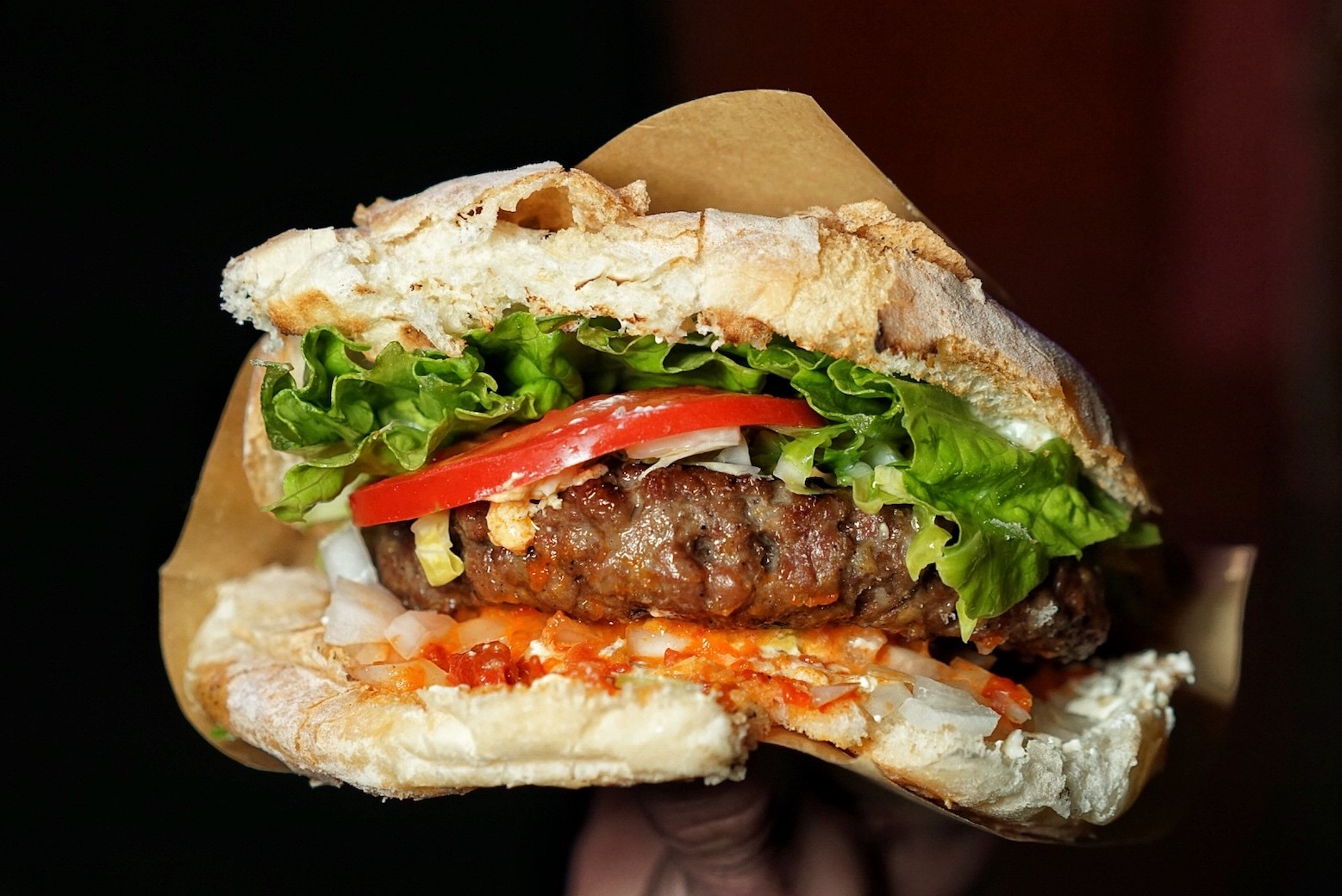 A pljeskavica – a Yugoslavian burger patty – is the national dish of Serbia, and the signature item on Yugo Grill's menu. Mixing together New Zealand beef chuck, which has a slightly higher fat content for more flavor, with 10% local pork, the meat is marinated for 48-72 hours in a secret blend of spices.

Choose between the Not a Burger (RMB55) – a 200-gram patty – or the Gourmet Burger (RMB65) – a 250-gram patty mixed with chunks of cheddar and smoked bacon, that is then grilled over charcoal. 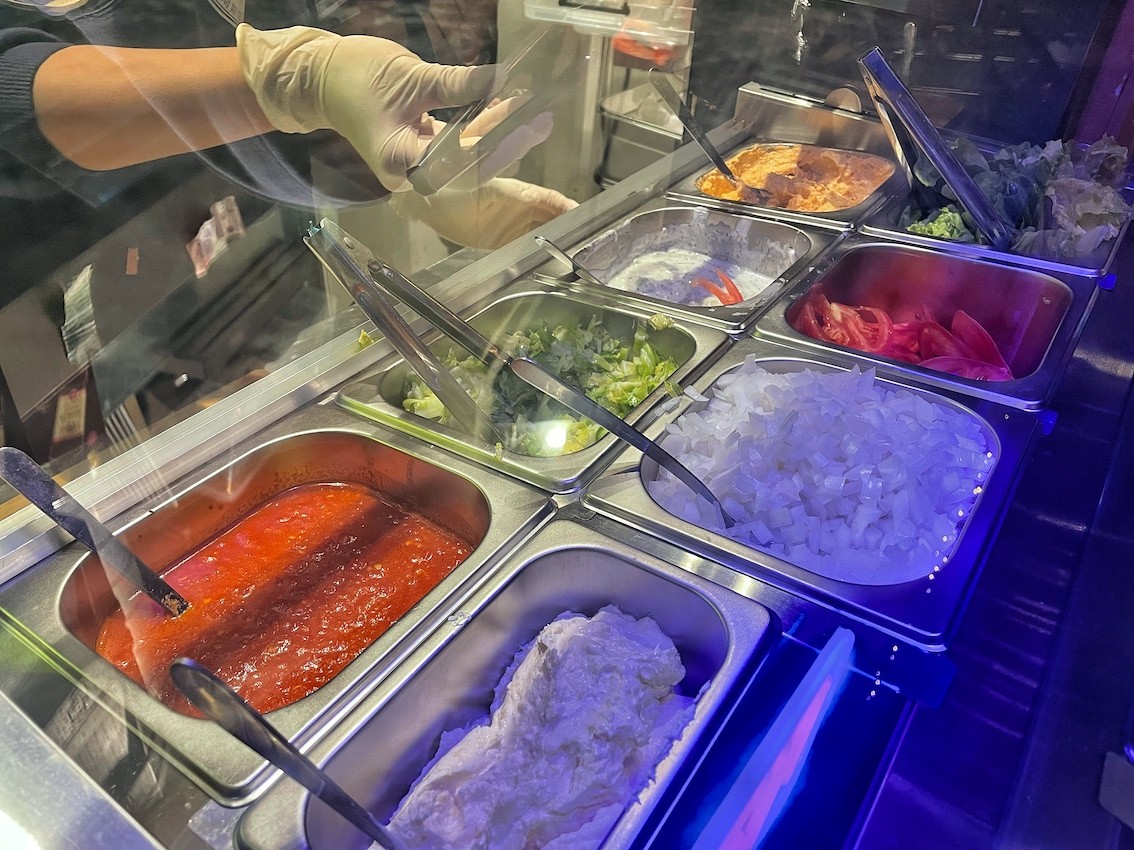 All menu items are served on an airy bun – similar to a fluffier pita – or actual pita, both of which act as a sturdy vessel that allows the burger patty to shine. While selecting various Yugoslavian sauces we’ve never tasted before is fun, the focus here is fully on the meat. Denser and more compact than your average burger, the patty falls halfway between the world of a burger and a kebab sausage. The meat is spiced, charred and smoky, with loads of flavor – it could easily be enjoyed sans toppings. 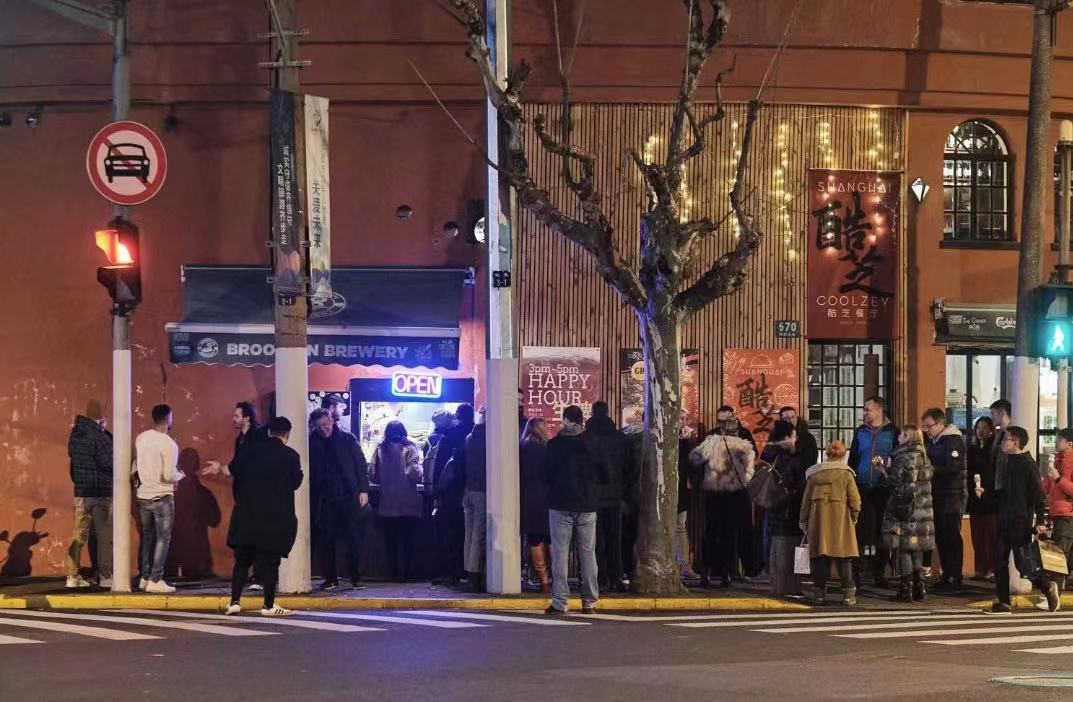 Although this is one of the biggest burgers we’ve had in a while, it’s neither overly messy nor greasy, so you don’t need a nap afterwards... unless it’s 2am. The hefty sando is exactly what you need to soak up that late-night booze or to prep your stomach for a night of heavy drinking. Other menu options include Beef Sausages (RMB45) – no casing, 100% New Zealand beef marinated sausages served in a pita with raw onions and more of that weirdly addicting kajmak – we understand now why a milk cream spread is one of Serbia’s national dishes – and Where is My Bone? (RMB50), a marinated, grilled chicken thigh sandwich that is more popular some nights even than the burger. For this, we will most definitely return. 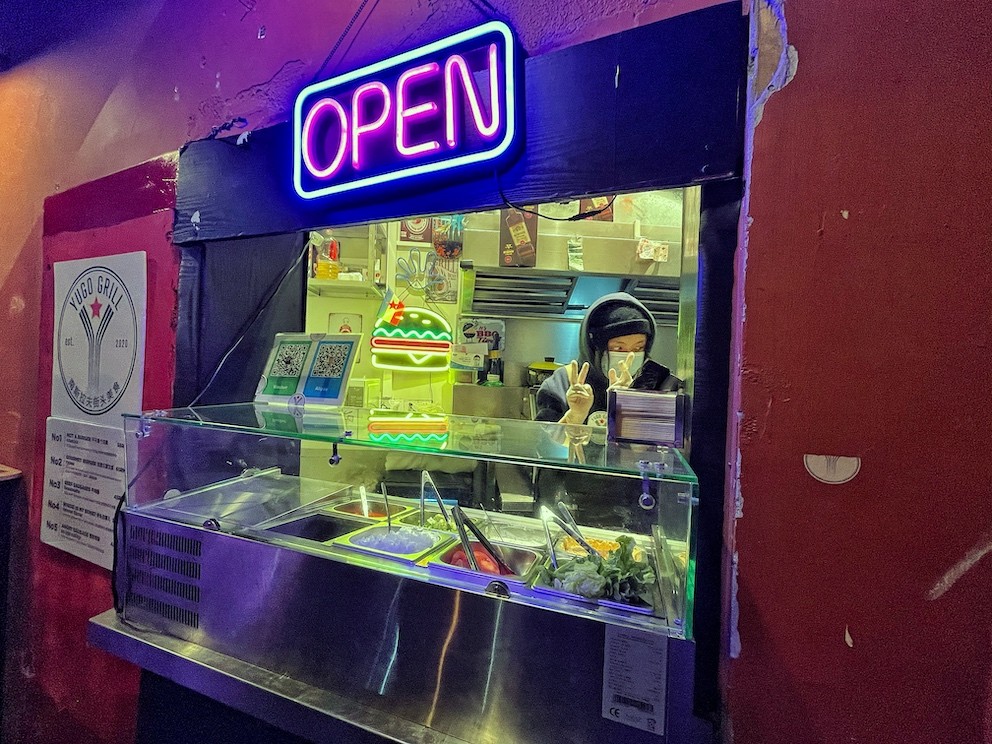 Within a block radius, there’s the club crowd spilling out from Up, the industry drinkers hanging at Perch, and the horde of sports watchers rallying at Shed. Needless to say, the location is prime. Not to mention, Shanghai hosts a surprisingly large Balkan contingency that is willing to travel from all ends of Shanghai for a taste of home. Currently, they are only open Tuesday, Friday and Saturday from 7pm until sold out, which is usually by midnight.

On a busy night, they can go through over 200 burgers in a matter of hours. The goal is to open up more days, eventually stay open later, add in delivery options and offer some weekly Balkan specials – think stuffed peppers or goulash.

For now, however, because they are currently making everything by hand, and they all have non-F&B related full-time day jobs, if you want to ensure getting a taste of Yugoslavia, stop by on their schedule. 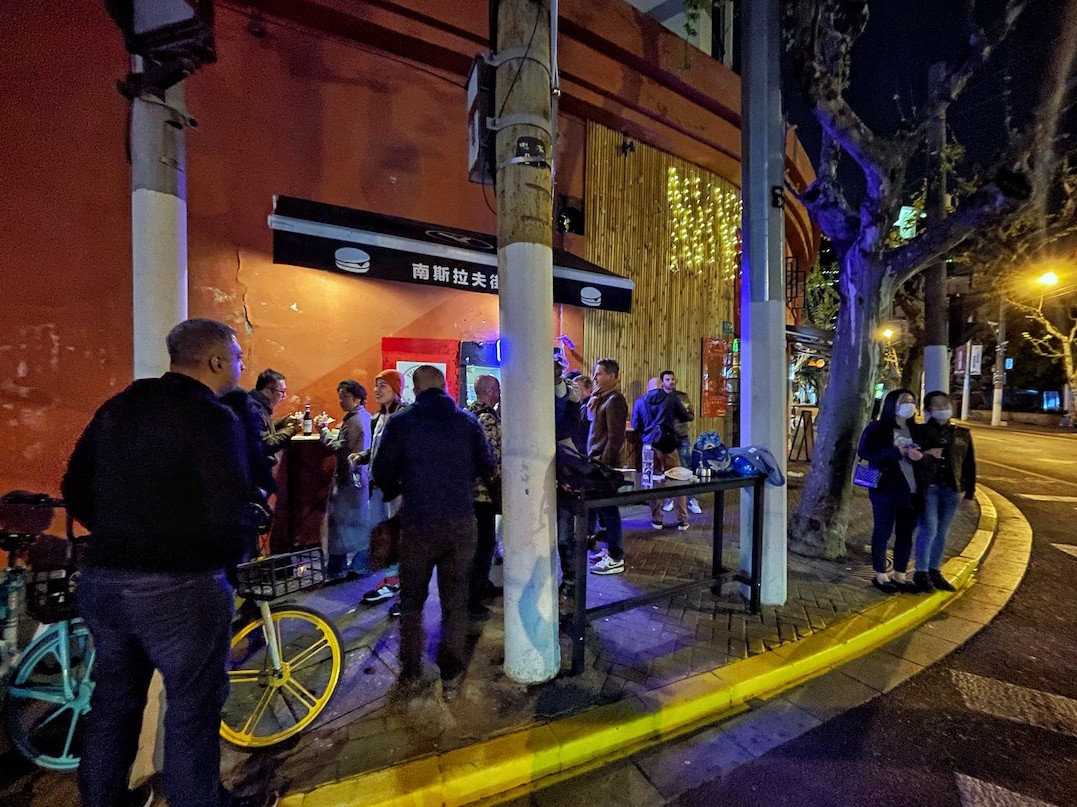 So, is it Shanghai’s best burger? That’s a claim we’ll leave to the burger connoisseurs who have put in the necessary legwork. What we can say is that it’s different than anywhere else in Shanghai, a cool concept that we can’t wait to revisit and... damn delicious.

See a listing for Yugo Grill.

[All images by Sophie Steiner/That's]