When it comes to Thai cuisine, Shanghai is full of general takes on the country’s food. These menus feature the likes of tom yum soup, coconut milk laden curries, pad Thai and green papaya salad – all tempered for local tastes. While KIN has a few of these items, it’s taken the bold step of specializing in the tastes of Northern Thailand. 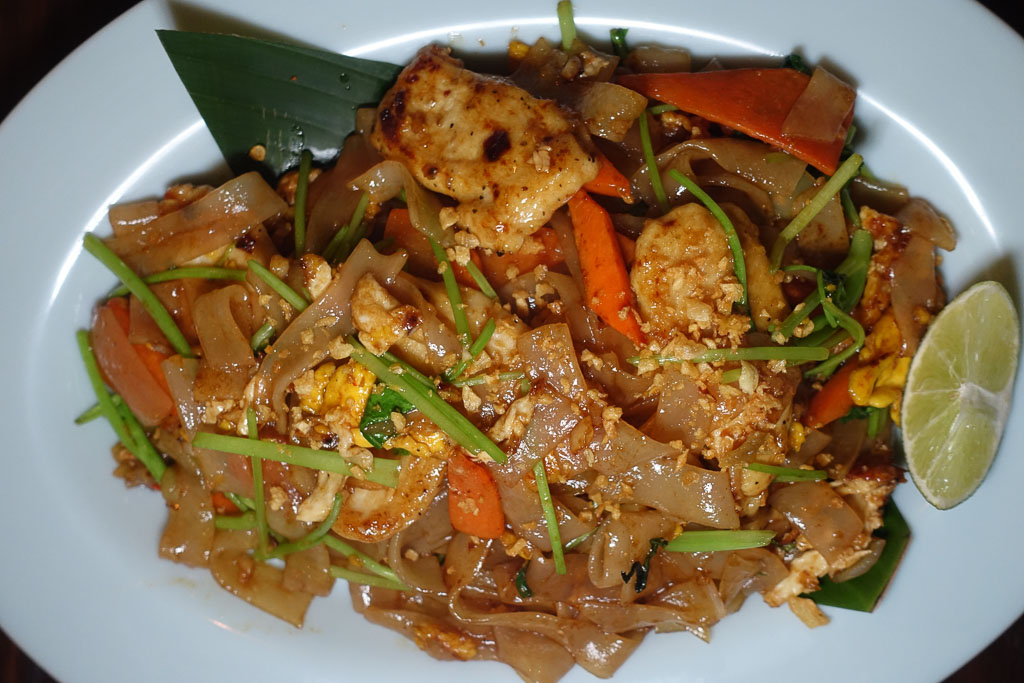 Camden Hauge (of Egg, Bird and Bitter fame) and her partners in this venture the Camel Hospitality Group and Urban Thai aren’t the first people to travel to that region and return captivated by the unique flavors of Lanna food. But they are stepping into uncharted territory bringing specific regional Siamese dishes to the Shanghai food scene. 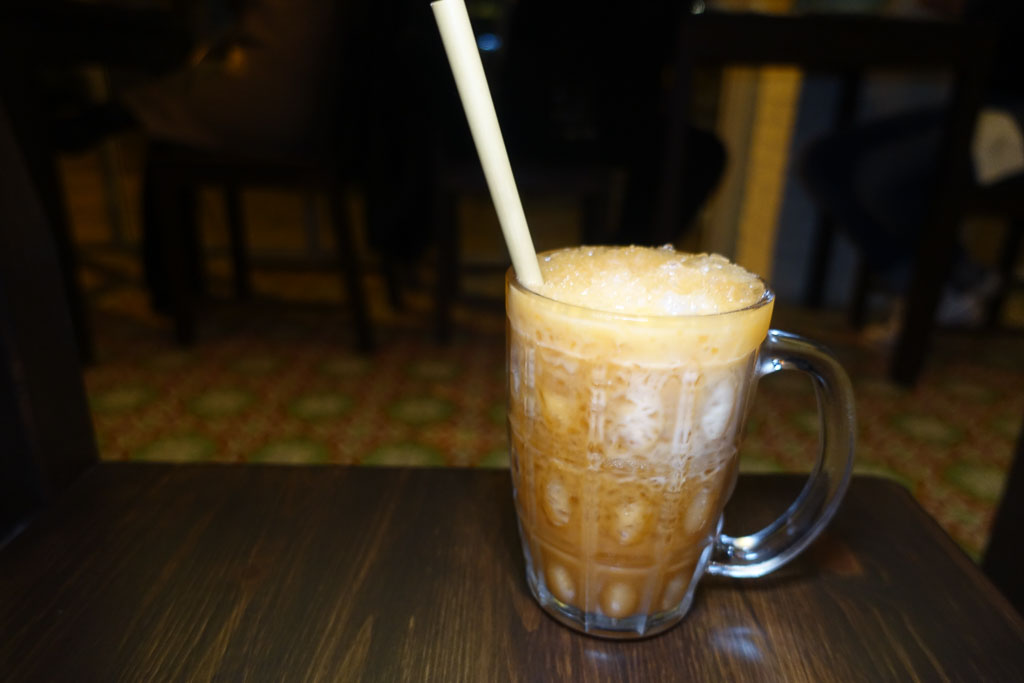 In Northern Thailand chefs often bruise fruits, vegetables and fragrant spices into submission. The som tom green papaya (RMB58) with tomatoes, long beans, salted egg, fish sauce, dried shrimp and lime could be spicier, so you might want to add a squeeze of house sriracha. The salted egg adds an awesome punch of funk though. Laab moo (RMB68) is another dish that could stand a touch more fish sauce, lime and spice. 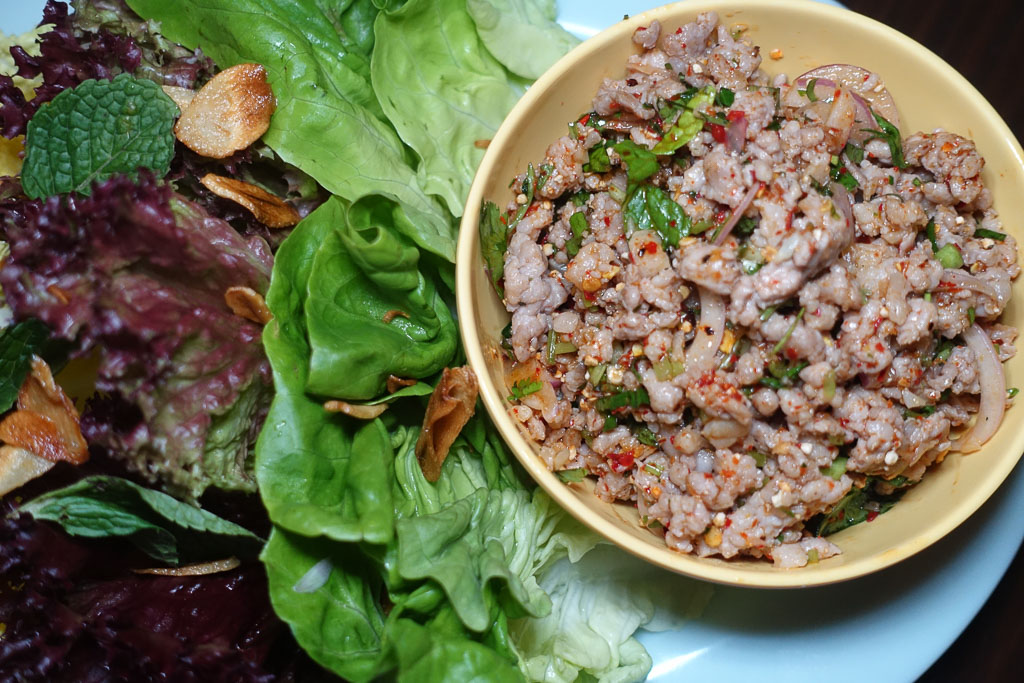 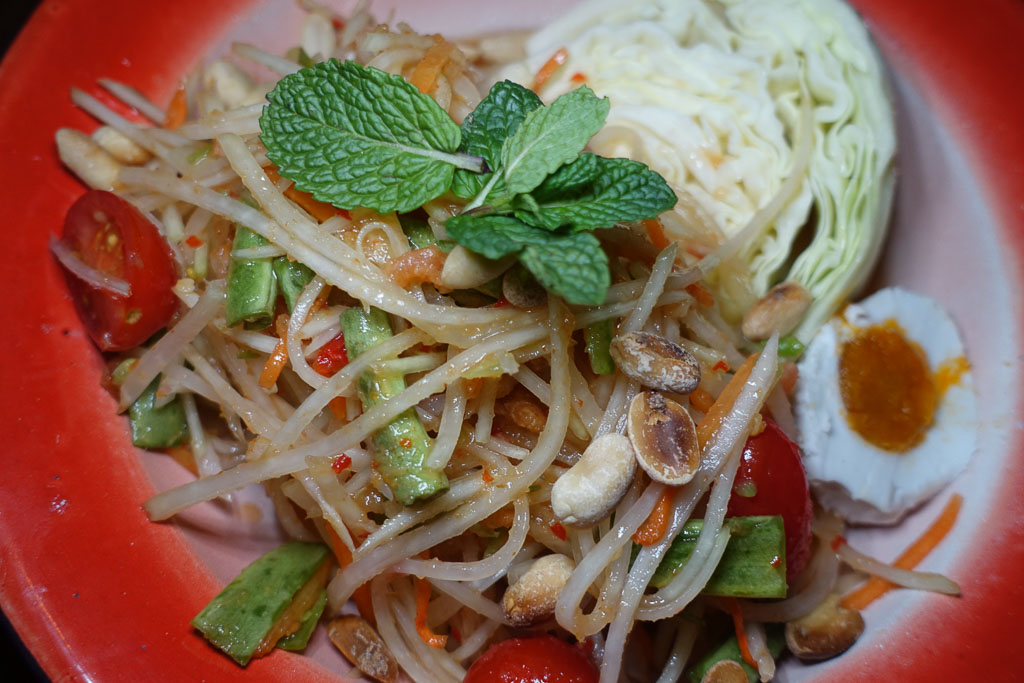 Also from the ‘light & fresh’ portion of the menu, the miang of pomelo with Thai tiger shrimp (RMB78) is a winner. Bird’s eye chilis bring a fresh heat rounded out by coconut flakes, cilantro, lots of lime and peanut tamarind dressing. 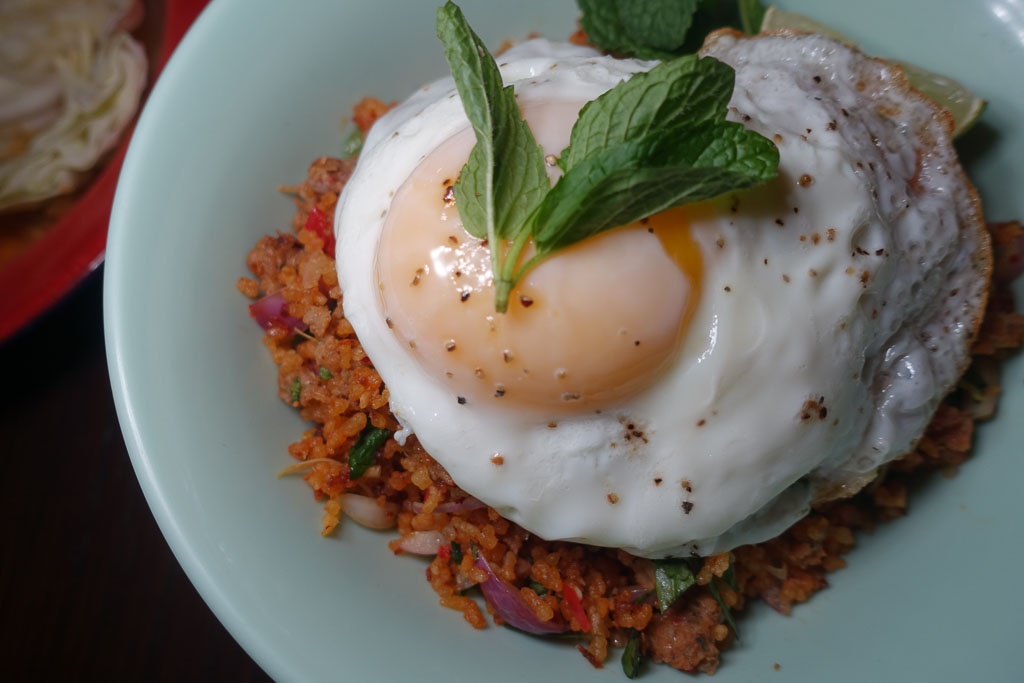 We skipped the pad Thai in favor of pad see ew (RMB68) and were rewarded with wide and chewy rice noodles expertly stir-fried with juicy medallions of chicken, kale and dark soy. Another highlight is nam khao crispy rice (RMB68) with Chiang Mai sausage, chili jam, lime and plenty of fresh herbs. One perfectly fried wobbly yolked egg (+RMB8) is a must-order addition. 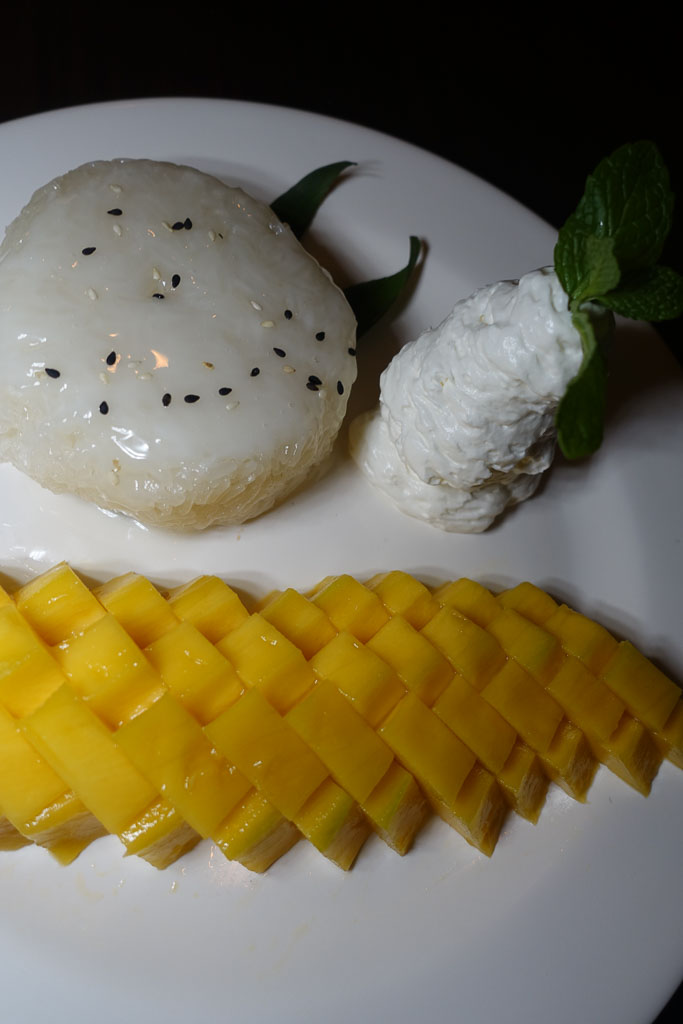 While beautifully cut and presented, we could take or leave the mango sticky rice (RMB88). We’d rather finish up with another well-priced cocktail such as cucumber-infused vodka with passionfruit and lime (RMB58).

If we are judging a book by its cover, KIN Urban Thai Kitchen wins at merging slick minimalism with the tasteful inclusion of Thai elements such as colorful tiling and retro black and white images. Opening up the windows since taking the space from El Luchador allows you to keep an eye on the Yongkang Lu happenings, and we love their Thai-covers of pop standards playlist. 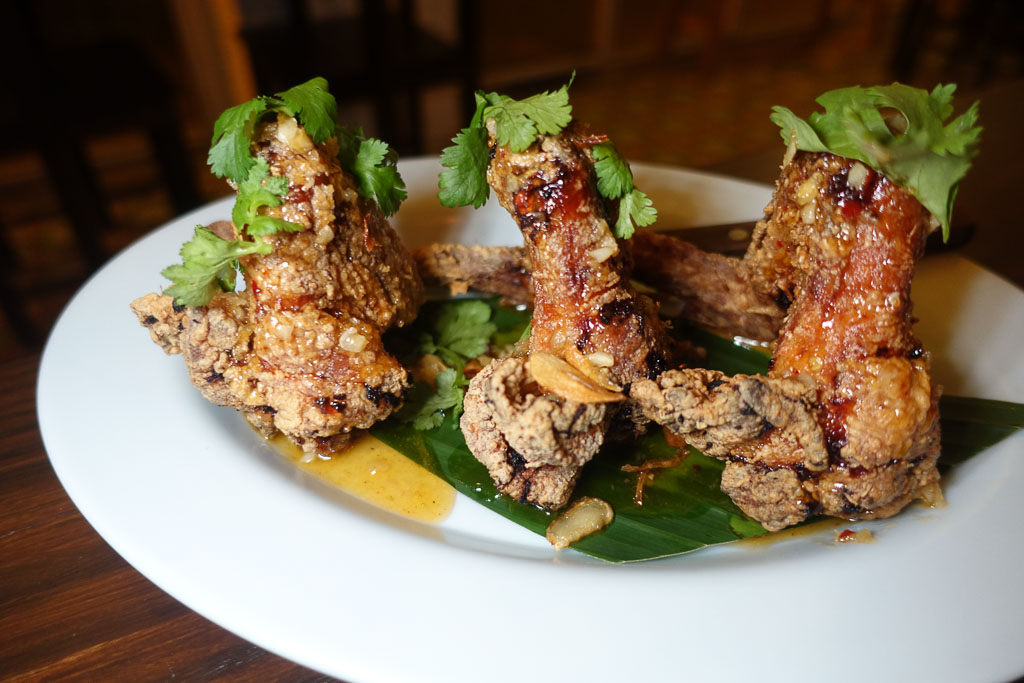 Since soft-opening in November, much has been said in regards to authenticity. That’s a never-ending battle, and matters of taste are very personal. Focusing on such a specific culinary tradition is a brave move, and we have to give them props for the attempt. There’s a lot to like, and they are still hammering out final touches after the notable addition of a Thai consulting chef. That, and the fact that Hauge’s next research trip to Northern Thailand is already in the works, gives us high hopes for this spot, and its already planned new locations. 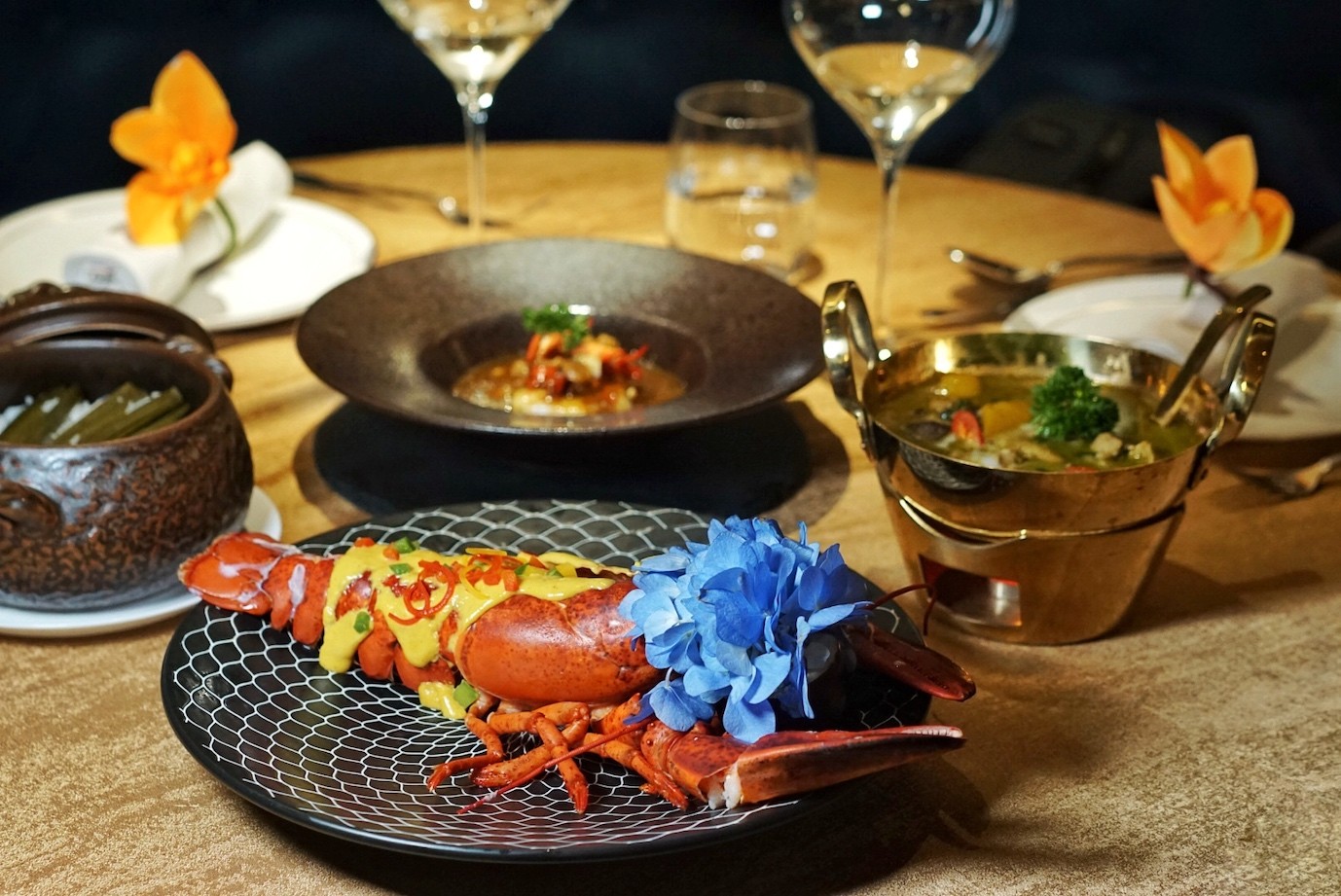 A taste of Bangkok in Shanghai.