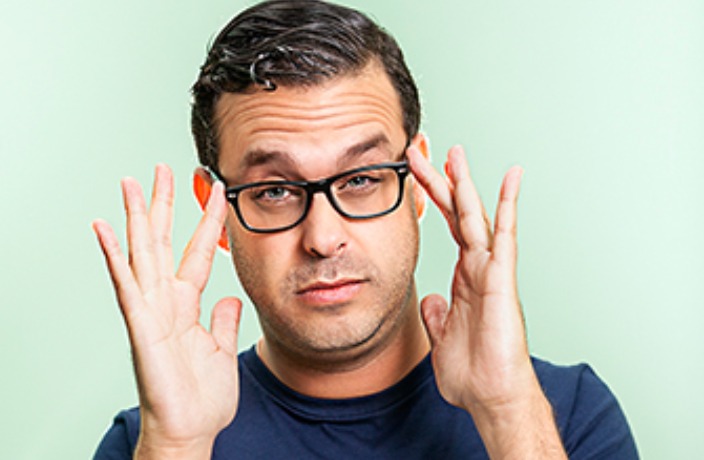 From TV to Youtube to Comedic Sex Rap to podcasts, Joe DeRosa has had his hand in just about everything. He's performed everywhere from Carnegie Hall to Comedy Central, and now, he's here for three shows this weekend! You can catch him perform in Guanzhou on Friday, in Shanghai with Stephen Carlin on Saturday, or again for a solo show on Sunday at Comedy UN in Shanghai.

How would you compare performing in Philadelphia with performing in New York City?
Quite similar. East Coast cities sort of carry the same vibe. It’s fun. I like those crowds, because they can be very aggressive in a fun way, and prepared to go on a rough and tumble journey with you.

In 2012, you and Nikki Glaser made We Should Break Up. How was it working your ex-girlfriend on a web-series?
Nikki and I were never really boyfriend and girlfriend. We just dated for a bit. But it was really fun to kind of recreate some of the situations we experienced together. That show was originally supposed to be me with a different woman I was dating. The idea was going to be that I couldn’t date, that I was bad at it. Then Nikki read some of the scripts and said she wanted to be in one. Then it was altered as if we were in a bad relationship. It was fun. She is really great.

A lot of your standup has to do with depression. Do you think sadness is necessary in comedy?
I do talk a lot, a decent amount I guess, about depression in my standup. A certain sadness. I don’t think sadness is necessary at all to comedy. There are plenty of comedians out there who do what I refer to as happy or positive comedy. It just happens to be the brand of comedy I enjoy. I think it’s more fun to find the funny in the dark than it is light. But that’s just my opinion.

What's your favorite podcast and why?
None. I don’t listen to podcasts, even though I do podcasts. I don’t understand podcasts. I don’t even want to listen to them. I’m shocked people want to listen to mine. I appreciate it, but I don’t get it. The last thing I want to do is listen to people talk and give me their take and opinion on things. I’m much more of a fan of YouTube channels. I watch a lot of gamer channels on YouTube. I find them extremely informative.

You're known to be a huge sandwich fan. So, is a hotdog a sandwich?
No.