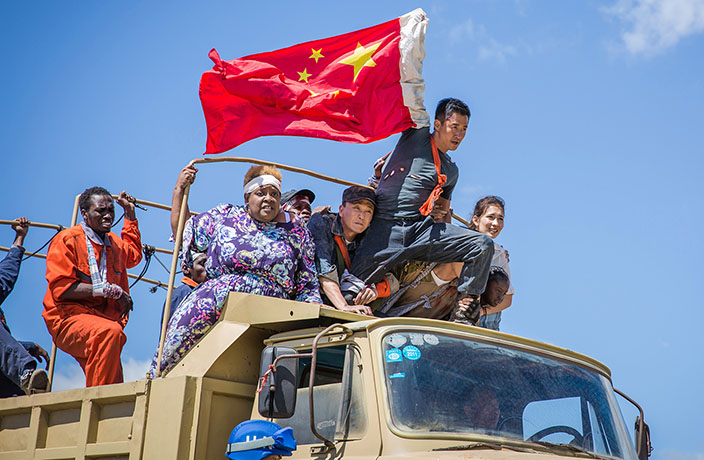 Shanghai's international community may recognize a familiar face in the film — that of local theater guru Ann James, the woman behind DreamWeaver Productions (formerly known as Urban Aphrodite). Over the past few years, James & Co. have put on a number of productions both around the 'Hai and at the Edinburgh Fringe Festival, including Fight Club, Star Child: The Little Prince Reborn, Reservoir Dogs and The Complete Works of Shakespeare (Abridged) — just to name a few.

A theater woman at heart, this was James' first appearance on the big screen. In Wolf Warrior 2, she portrays a character named Nessa, an African mother who plays an important role in the movie. 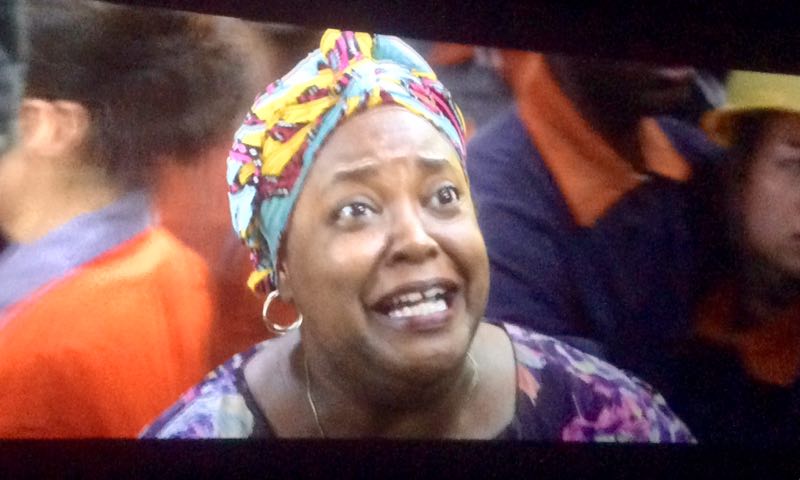 We caught up with James to chat about her cinema debut, working with action star/director Wu Jing, performing her own stunts and how a bathroom audition helped her land a part in China's biggest film ever.

So how did you get involved with Wolf Warrior 2 in the first place?
In July of last year, I was called out of the blue by an agent looking for a black actress for this movie. She asked me a few questions and asked me to send her a few pictures. So I did and went back to my cocktail and thought nothing more of it.

[Five minutes later] she called me back and asked me to sing a song on video and send the file to her. Since there seemed to be some urgency, I stood up and went to the nearest quiet place: the bathroom.

I asked a friend to film me singing "Amazing Grace." In the bathroom. A little tipsy 'cause, well, yeah.

That got me flown to Beijing two days later, and that's where I met and auditioned for Wu Jing and got the part. This is the first film I've ever done in my entire life.

Can you talk a little bit more about your role in the film? Describe your character Nessa (without giving too many spoilers away!)
Nessa is the mother of Tundu, a young boy that has been befriended by Wu Jing's character, Leng. When civil war breaks out, Tundu makes Leng promise to go and save me from a steel factory in the middle of the country. 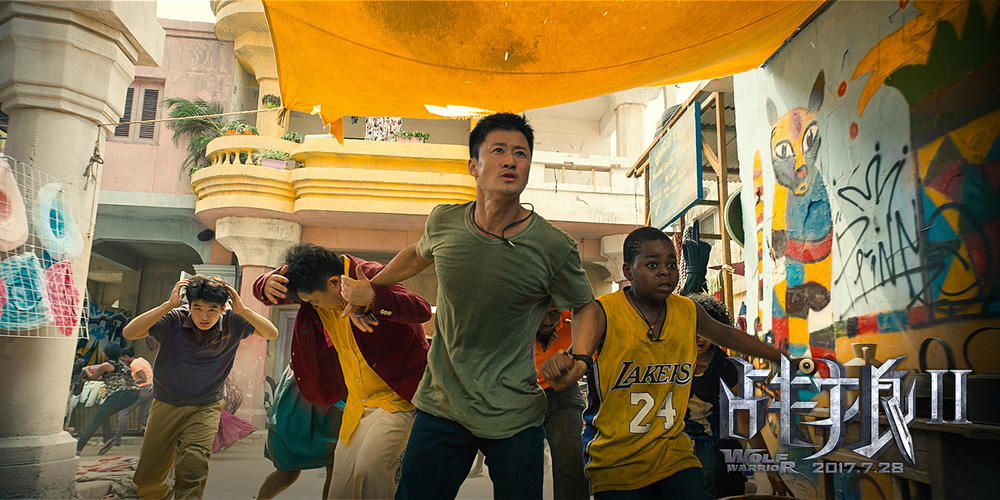 From the middle of the film to the end, Leng searches for, finds, bonds with and saves my character. My role is a vital addition to the movie. Nessa serves as the heart of the film. She also has some pretty kick-ass fight scenes!

Did you anticipate the reception Wolf Warrior 2 has gotten since its release?
I had no earthly idea this movie would do so well. I mean, I knew there was lots of buzz around it simply from Wu Jing's first film Wolf Warrior... [but I had] no idea it would break box office records. Pretty stunning and humbling.

I was pulled up onstage at the Shanghai premiere by Wu Jing. I wasn't expecting it, but let's just say I had on a formal dress and heels... just in case.

James (second from left) in a scene from Wolf Warrior 2. Image via Douban

What was it like working on the set of the film?
The set was a study in tetanus. Rusted wires and huge pieces of metal used for godknowswhat in their heyday.

We shot the factory scenes at a factory about four hours north of Beijing. I had an assistant for a few days but she had to return to Shanghai, so I was left to my own devices. But as Blanche Dubois from A Streetcar Named Desire said, "I've always depended on the kindness of strangers." I was constantly on the lookout for where I was supposed to be and always got there miraculously. 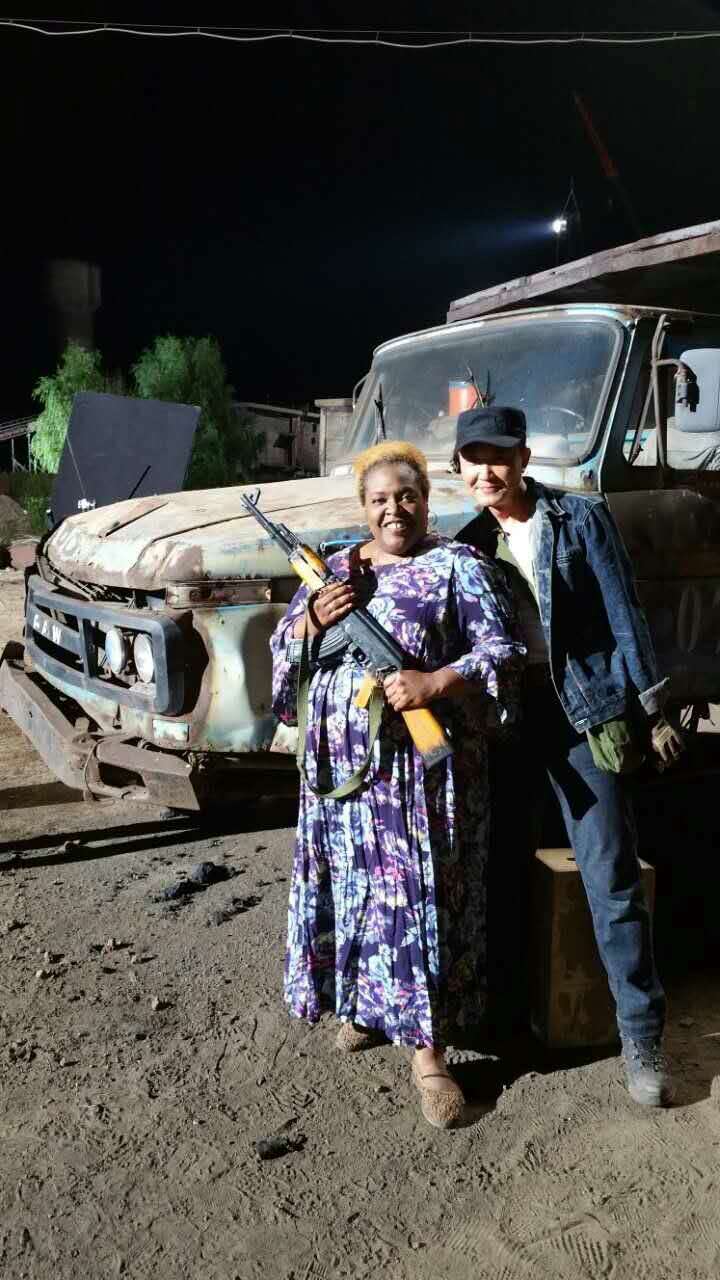 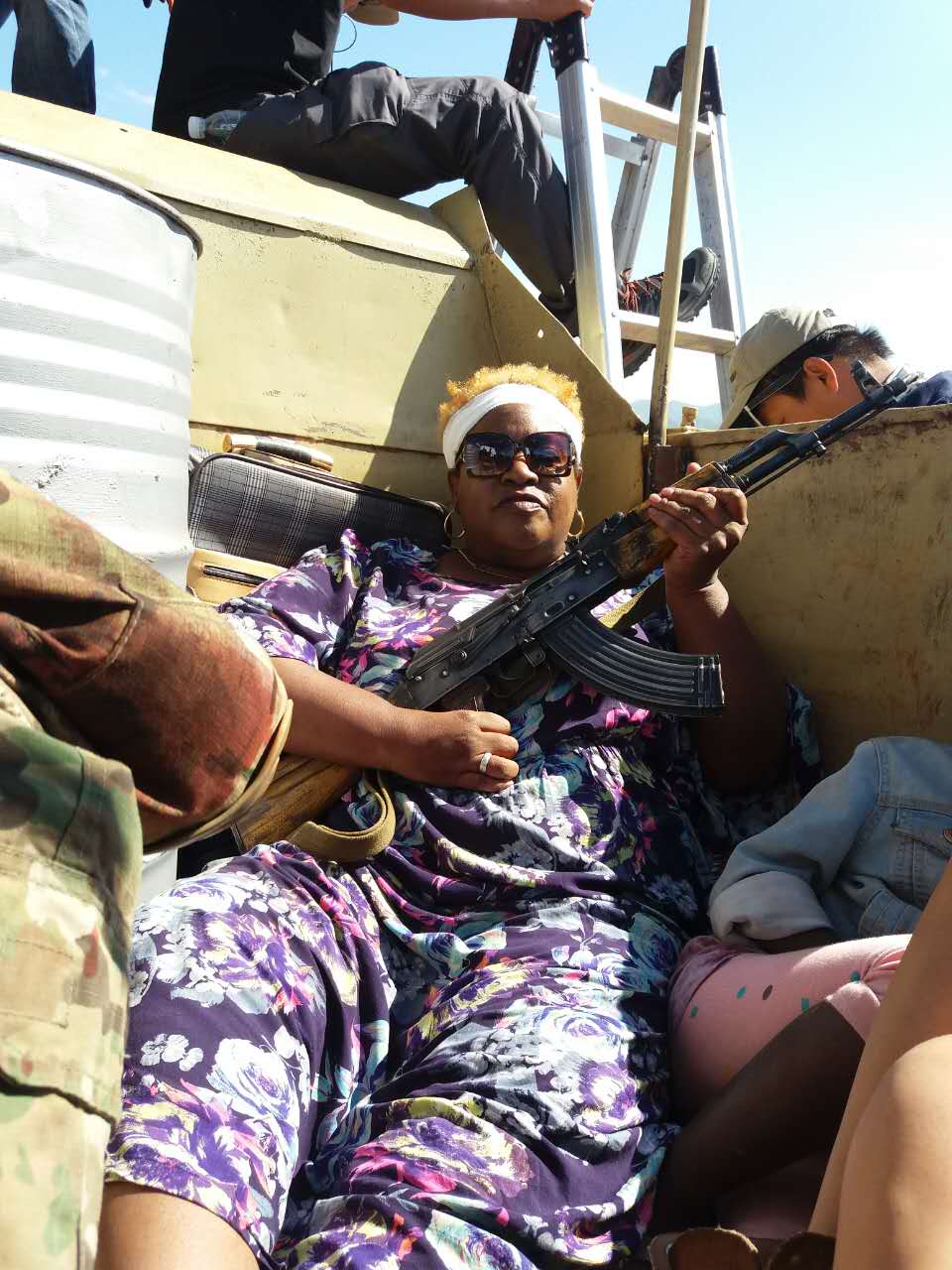 James poses on set with a prop. Images via Ann James

Were you starstruck when you got to meet some of the more well-known actors/directors?
Um...? I wasn't. Because I was just like a lamb in the woods. I am really unfamiliar with Chinese film/TV [stars] so I just treated everyone like my best friends. The main assistant director (James) and I would have a cuban cigar and a three-finger of whiskey most days. I would just chill in his production tent and we would look at shots that were being filmed. Pretty dope. 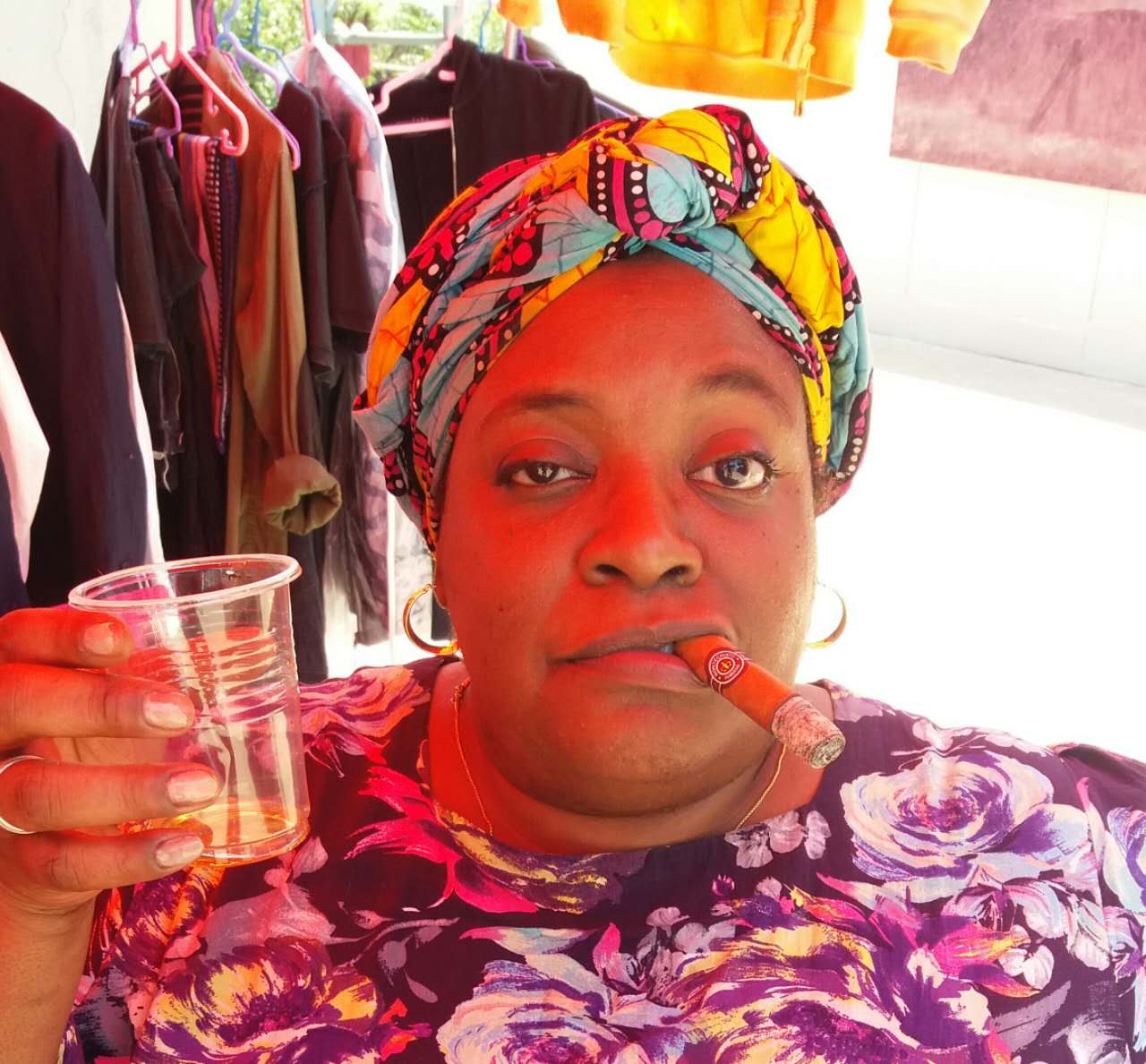 James on the set of Wolf Warrior 2. Image via Ann James 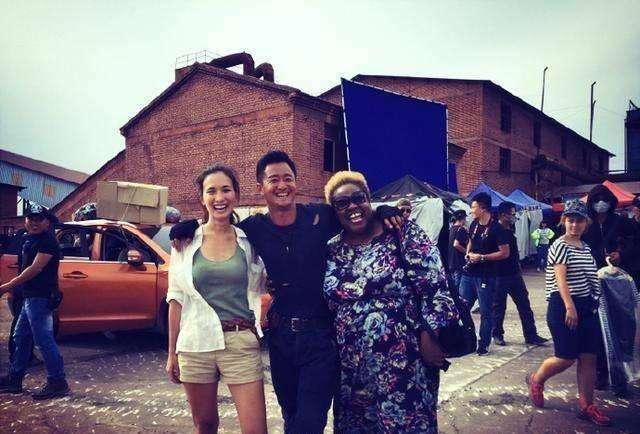 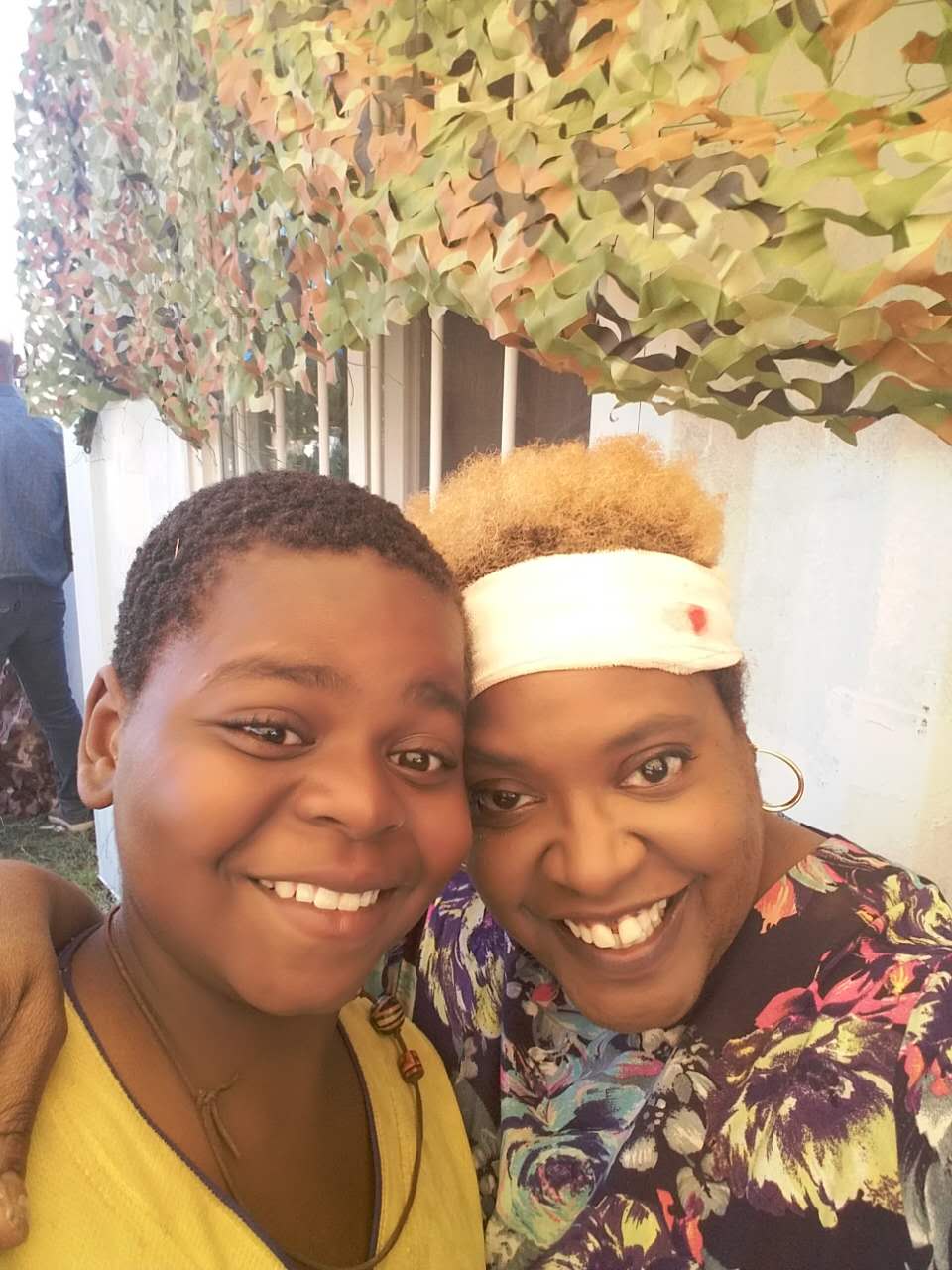 How was it balancing your role in the film and running your theater business back in Shanghai?
It wasn't bad [at first], but when they called me back, my company was in full swing. I had to give up a little control (hard for me) and trust that rehearsals and production items would be maintained at home in Shanghai. The team came through like gangbusters and we even put on a successful tribute concert honoring the Fugees.

What were some new things you learned on the set of the movie?
Acting for the stage and acting for film are totally different. Generally speaking, I learned to emote with the right amount of facial and body movement to look decent at 40 meters wide. It's so weird to see your face that big!

Anyway, since subtlety isn't my strongpoint, I really learned a lot from Wu Jing on how to make those adjustments. 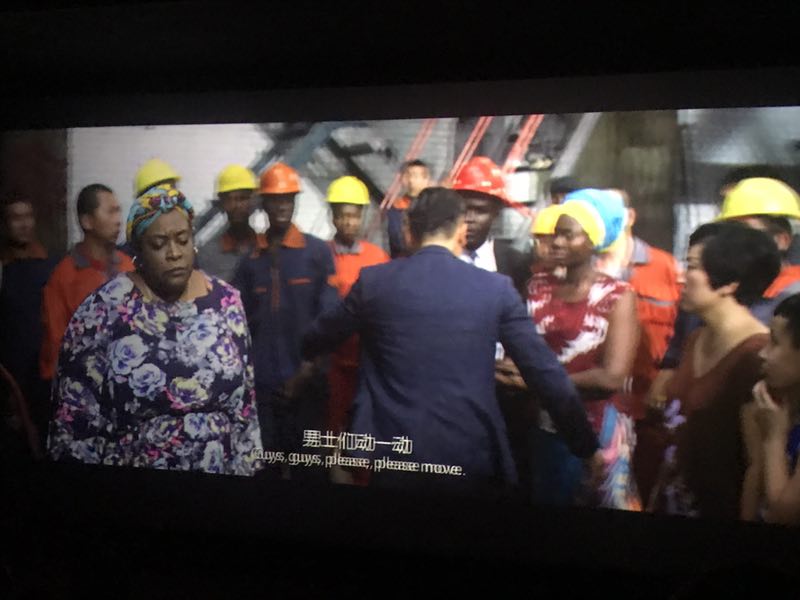 James appears on the big screen in Wolf Warrior 2. Image via Ann James

What was it like filming the action sequences?
So apparently now I am stunt-worthy actress? It was funny because they didn't have a double for me. All the other "leads" had doubles. But where in China are you gonna find a chubby, black, blonde chick that is adept in bodyslams and bottle breaking? So... I did my own stunts. And it was awesome.

You also have a singing scene. How was that?
Well, I guess my bathroom audition had impact because Wu Jing really wanted to include me singing "Amazing Grace" in the film. I didn't have a singing coach, in fact the singing was laid in later. [But] I have lots of singing experience.

Did anything crazy ever happen on set?
Can't divulge any of that. It's classified. Baijiu. Lots of baijiu.

Do your friends and family back home know how big of a deal this movie is in China right now?
Everyone is really excited about it. I have been getting all kinds of kudos. 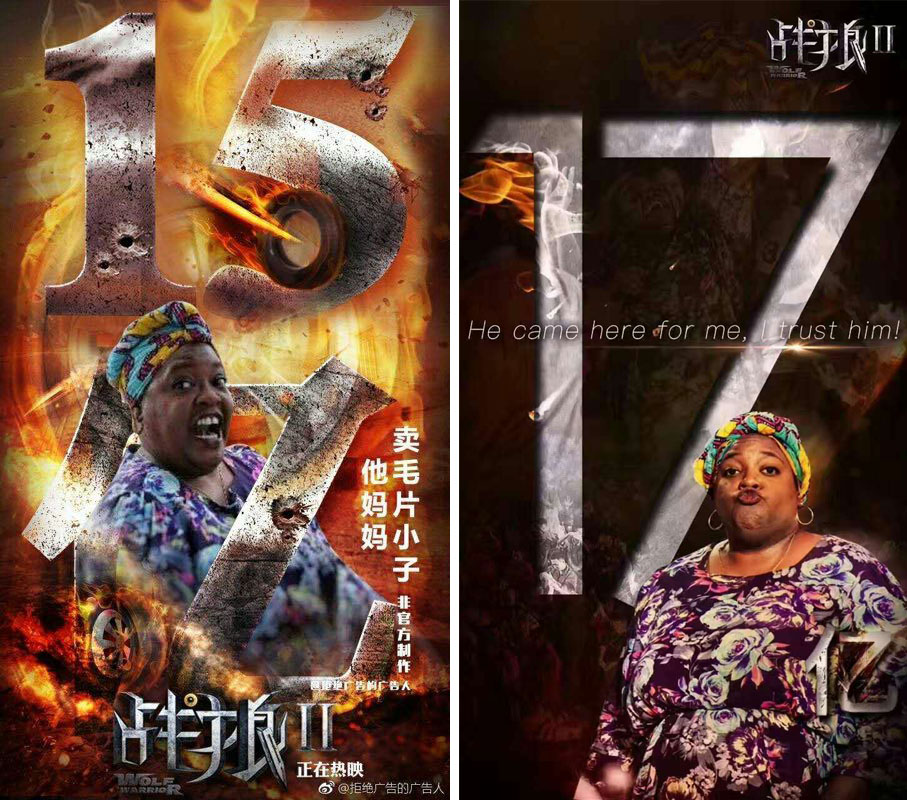 What's next? Will you be making more film appearances?
I don't really know... I will wait to see what happens.