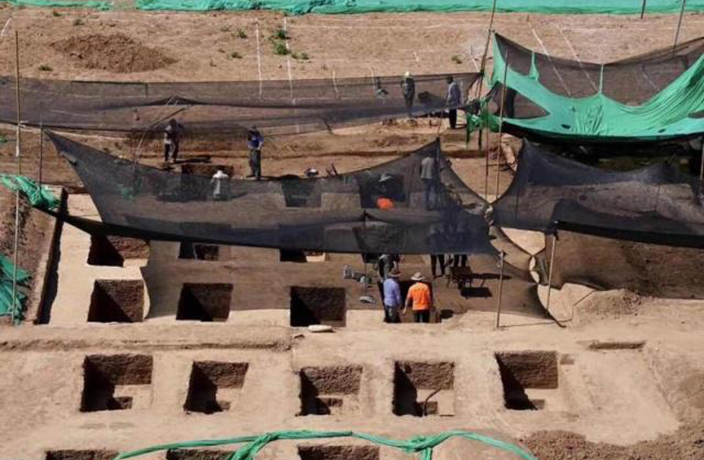 On Friday, May 31, the students of top-tier Tsinghua University woke up to major news: A large-scale burial ground dating back to the Ming and Qing dynasties was discovered in a construction area right inside their campus.

The site contains 95 tombs belonging to common people from the late-dynastic period, 16 of which have already been completely unearthed as of Monday, June 3. Photos from the site show the tombs contain human remains, but no objects were discovered so far, as reported by People's Daily. 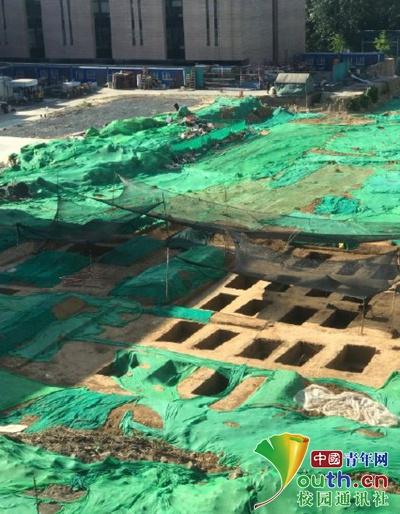 The discovery was the result of an investigation on the site by Beijing’s municipal Bureau for Preservation of Cultural Relics, carried out throughout April and May. According to state regulations, construction sites have to undergo an archaeological survey before work on new buildings can begin and Tsinghua applied to the Bureau as it was preparing to erect a new structure inside its main campus.

Students of the prestigious university were the first to learn of the discovery. News of the findings spread throughout the weekend after the WeChat account Qinghua Xiao Wu Ye Yuan first published the discovery. Soon, the crowds of curious students that gathered around the excavation grounds forced authorities to seal the areas in question until the conclusion of the work. Even so, Tsinghua students could still get a good view of the excavations from neighboring buildings... 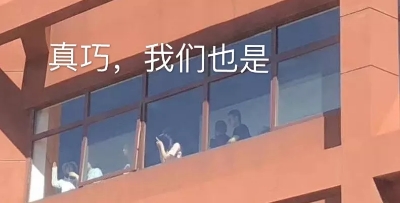 “Hi, we go to Tsinghua.” ”Cool, us too.” [Images via Qinghua Xiao Wu Ye Yuan/WeChat]

This is not the first discovery of ancient burial grounds inside Tsinghua University's campus. Notable excavations occurred in 1956, when a marble platform and tombstones with characters carved in them were retrieved, and much later on throughout the ’90s, as Qinghua Xiao Wu Ye Yuan reported.

These latest findings are significant as they have the potential to unveil more information regarding the modern history of Beijing. What is now the large campus of Tsinghua University was originally a park belonging to the Qing imperial family, named Qinghua Yuan. The park escaped the destruction brought about by French and British forces in 1860, and part of it would be converted into administrative buildings and eventually into the present-day university.