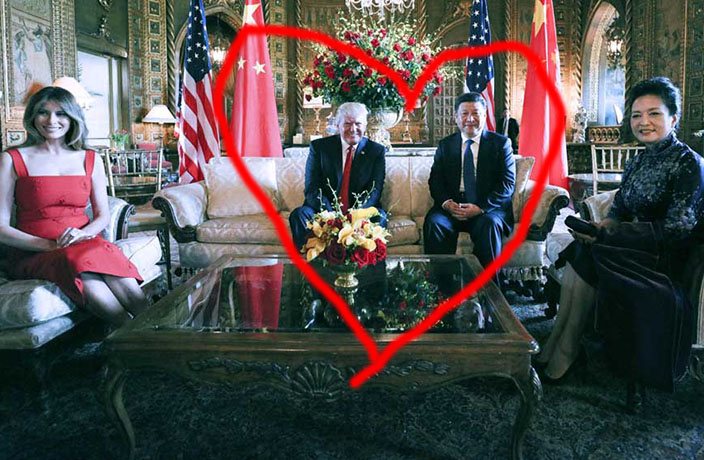 Despite an awkward handshake last week at Mar-a-Lago, Donald Trump seems to be a really big fan of Xi Jinping these days.

In an extended interview with the Wall Street Journal yesterday, the US President waxed lyrical about his new BFF, saying:

“We have a very good relationship. We have a great chemistry together. We like each other. I like him a lot. I think his wife [Peng Liyuan] is terrific...

“He’s so smart. It’s to his advantage. I like to call it flexible.”

Trump added that he just couldn't get enough of Xi in Florida, with a scheduled 10-minute opening meeting turning into a three hour one. "And then the second day we had another 10-minute meeting and that lasted for two hours," he said. "We had just a very good chemistry.”

Trump, who is set to visit China later this year, also backed down from labeling China a currency manipulator and seems to be seeing the North Korea issue in a whole new light these days.

A compilation of quotes and key issues Xi Jinping and Donald Trump talked about today in Beijing.

Xi said her Chinese deserved an A+.