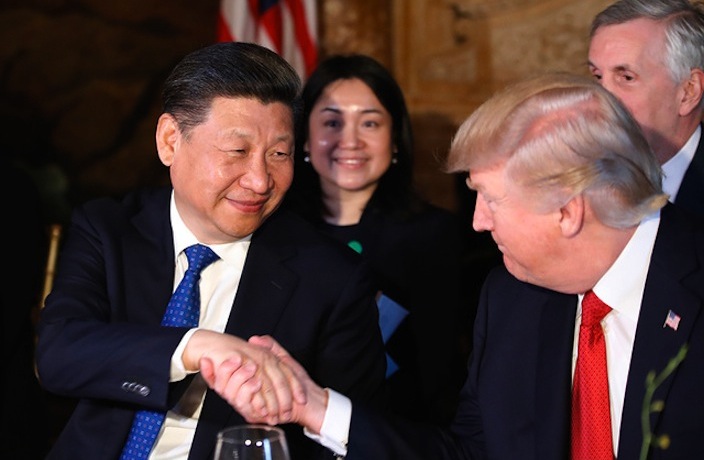 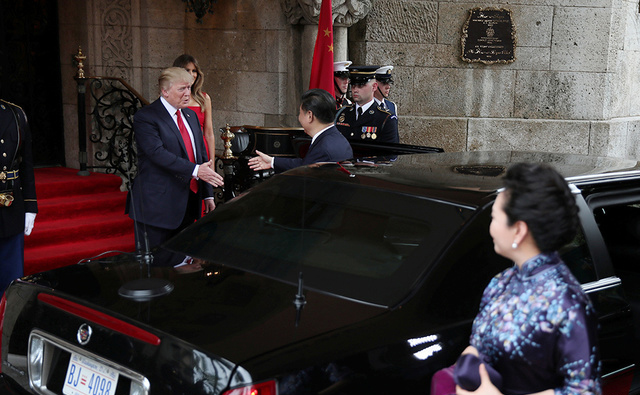 The two posed for photos, together with their wives Melania Trump and Peng Liyuan. 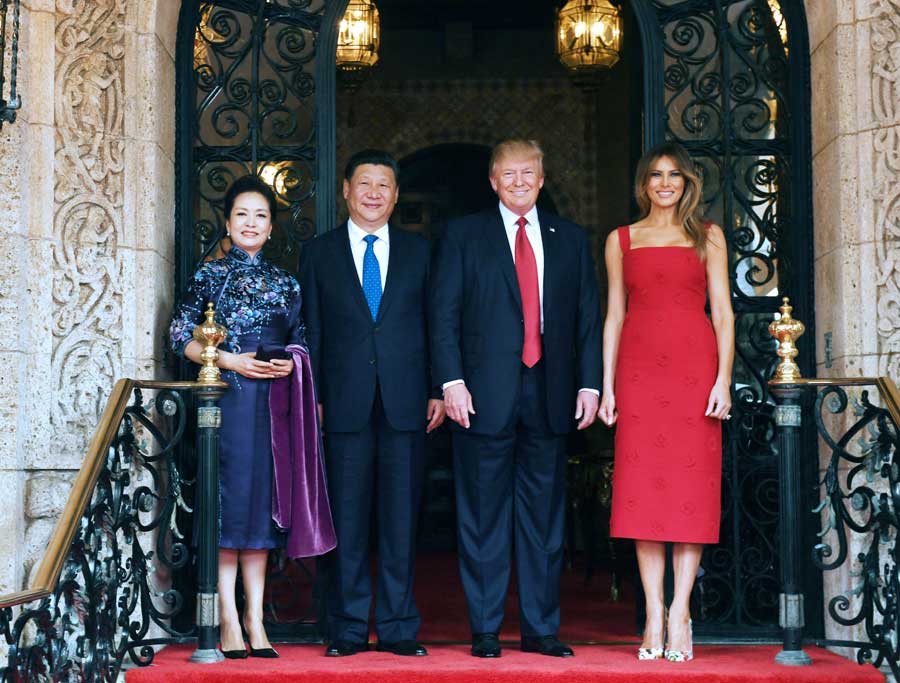 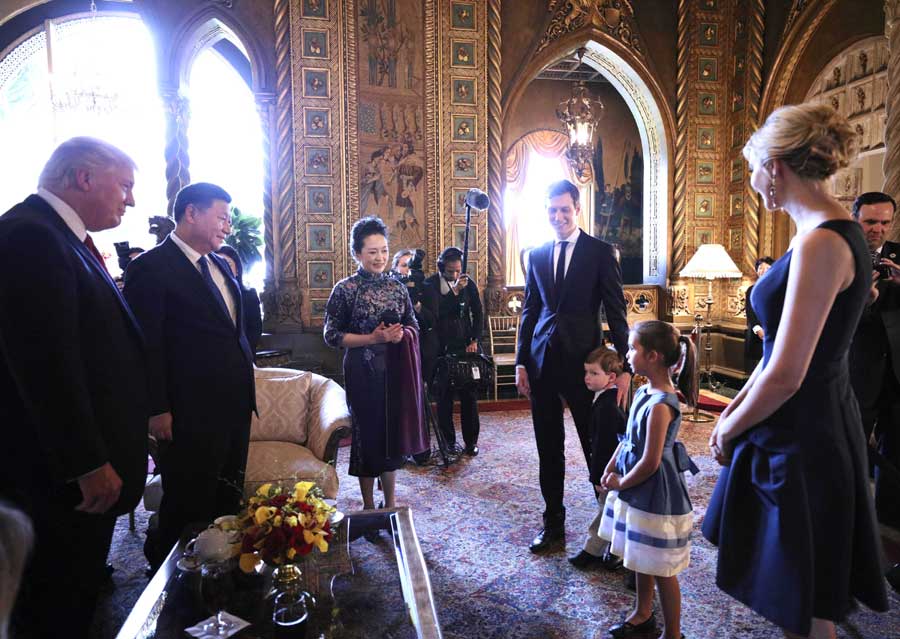 Though Trump has previously said the meeting "will be a very difficult one," it was all smiles at the estate. Trump even said that the two leaders had "developed a friendship." 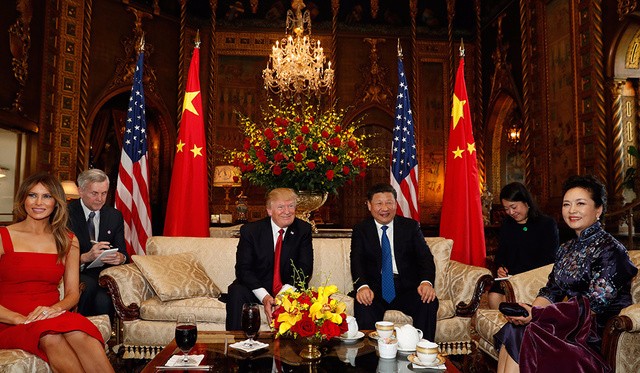 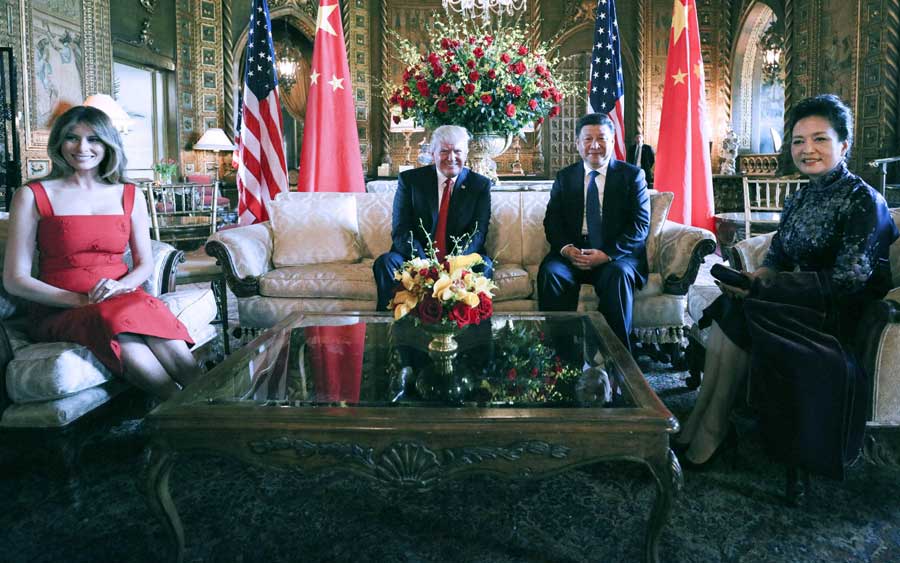 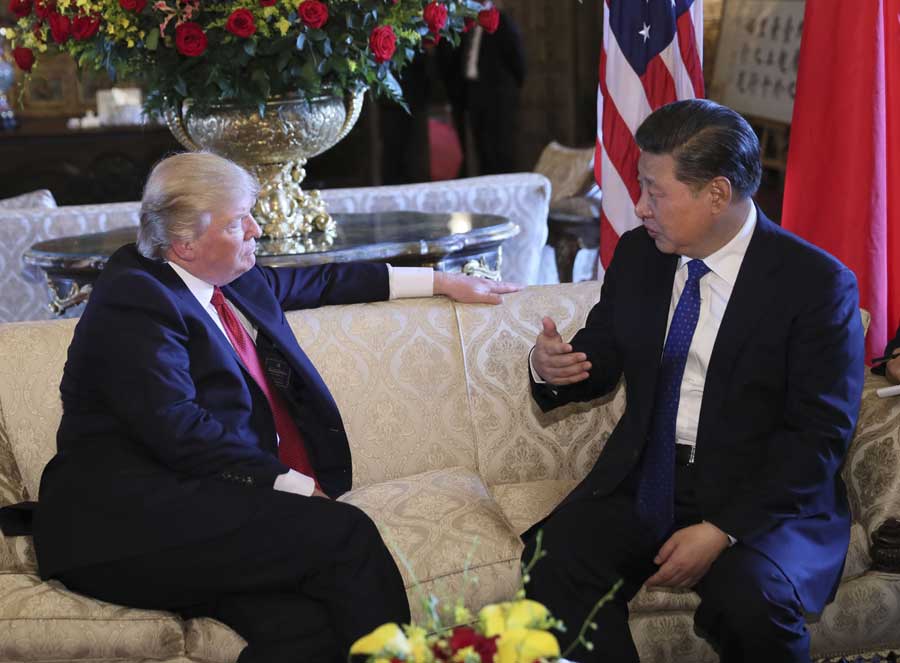 Following talks, the two families sat down for a meal in Mar-a-Lago's super posh dining room. Mar-a-Lago was built by an heiress of the Post family and was purchased by Trump in the 1980s. The estate, whose unique Spanish name means ‘Sea to Lake’ or ‘Sea Lake,’ has since been used as a ‘Southern White House.' 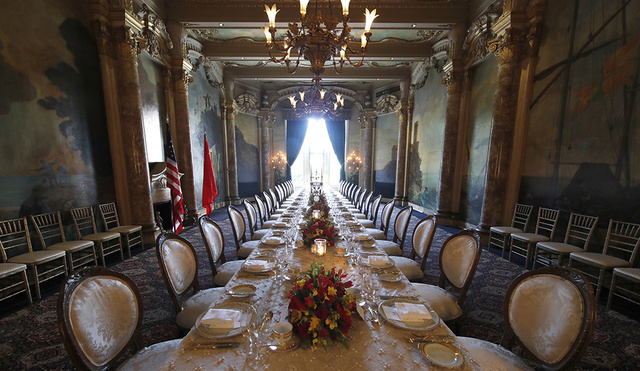 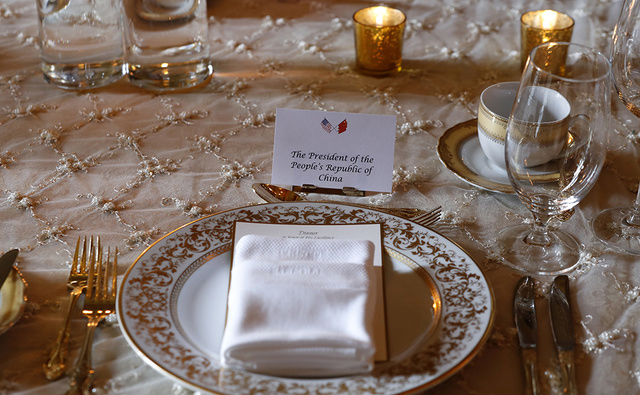 Trump went in for one of his notorious handshakes with Xi ahead of dinner: 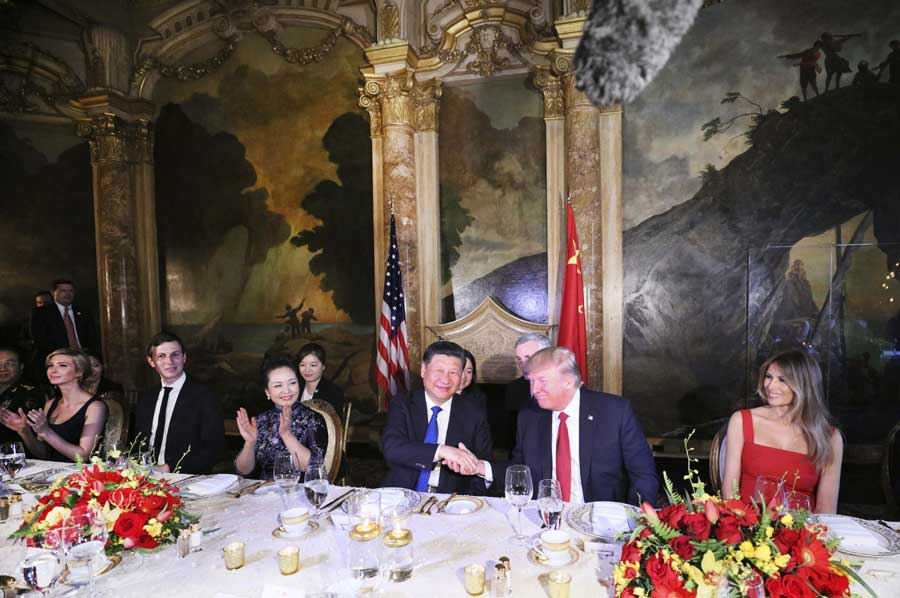 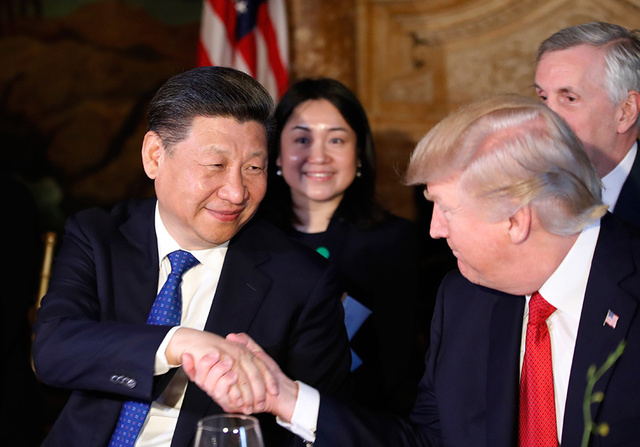 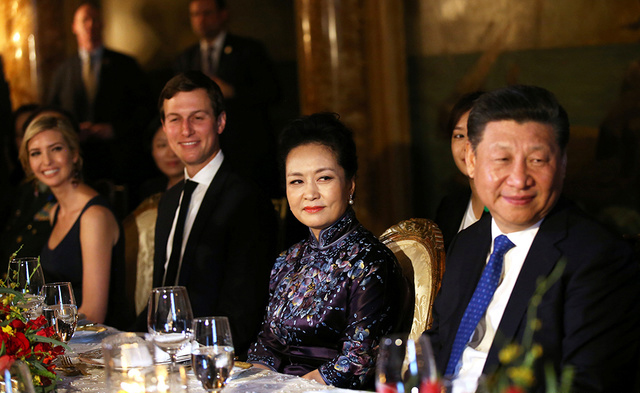 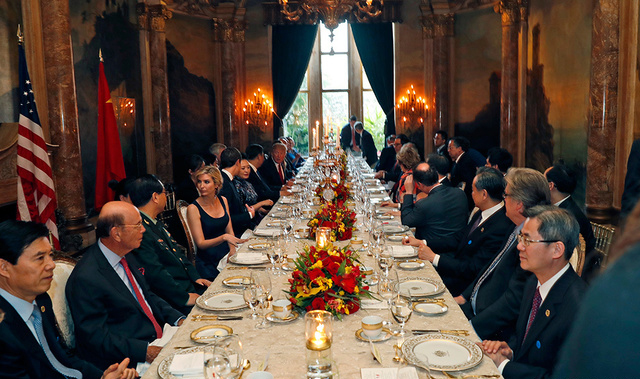 The real talks are set to take place tomorrow before the summit concludes with a lunch meeting.

Trump is expected to push Xi on North Korea, which fired a missile in the Sea of Japan on Wednesday. "If China is not going to solve North Korea, we will," he told the Financial Times earlier this week. Just hours after their dinner today, Trump announced a US military-led missile strike in Syria.

Meanwhile, rumor has it that Xi will offer "win-win" gifts and "tweetable deliverables" to Trump, according to the AFP. One such gift allegedly includes a series of "Chinese investments aimed at creating more than 700,000 American jobs" to one-up Japanese PM Shinzo Abe's package offered just last week. 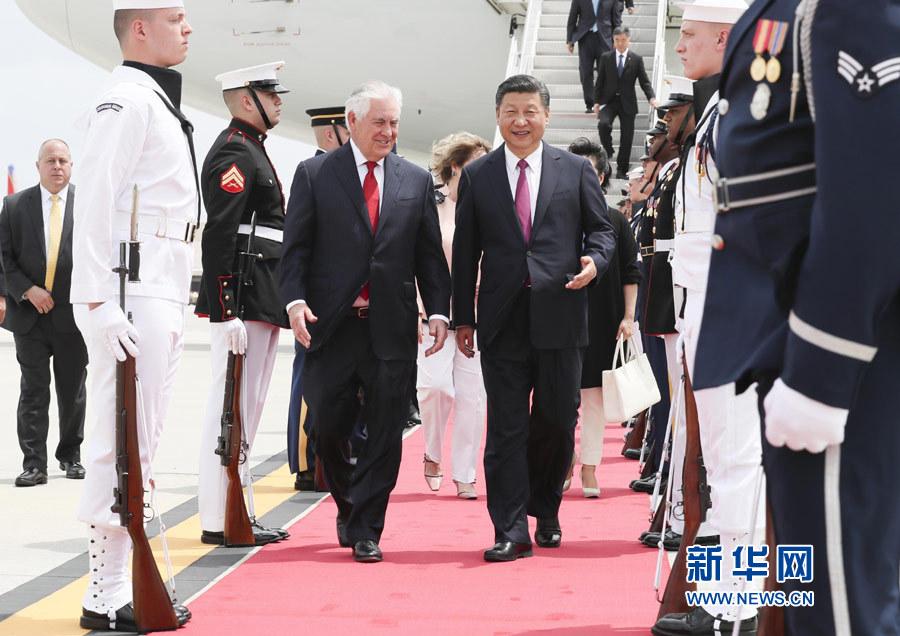 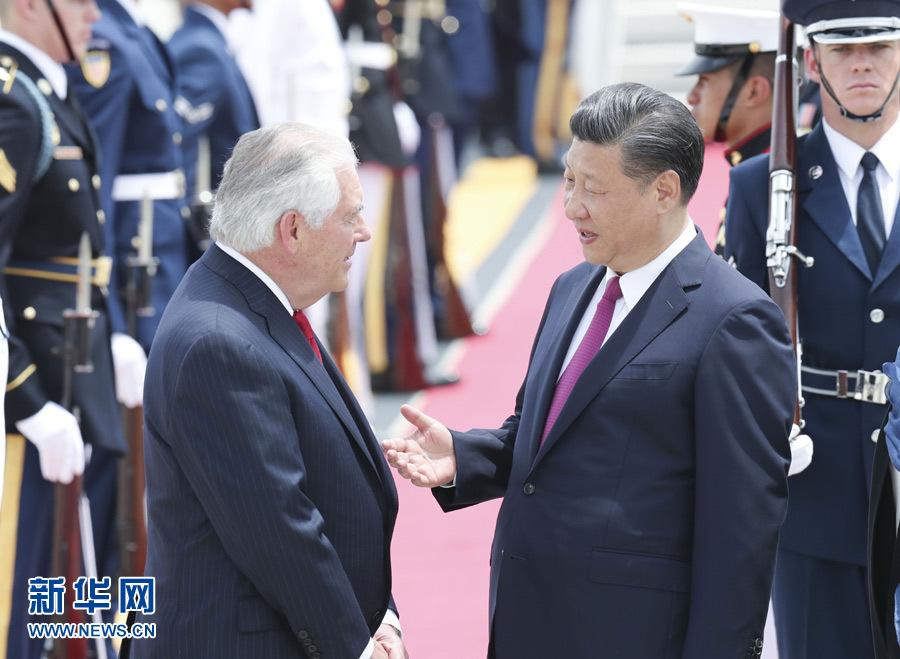 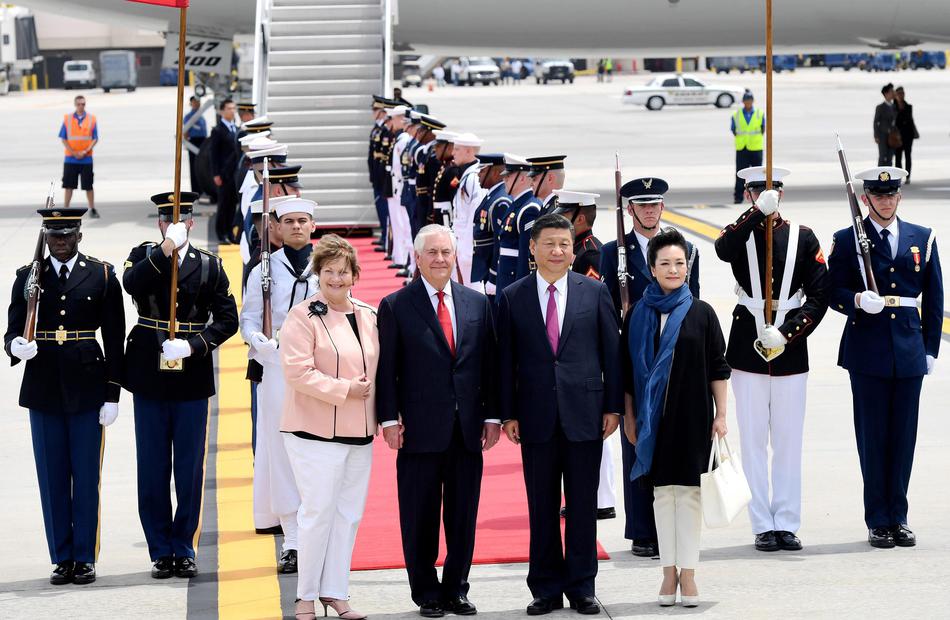 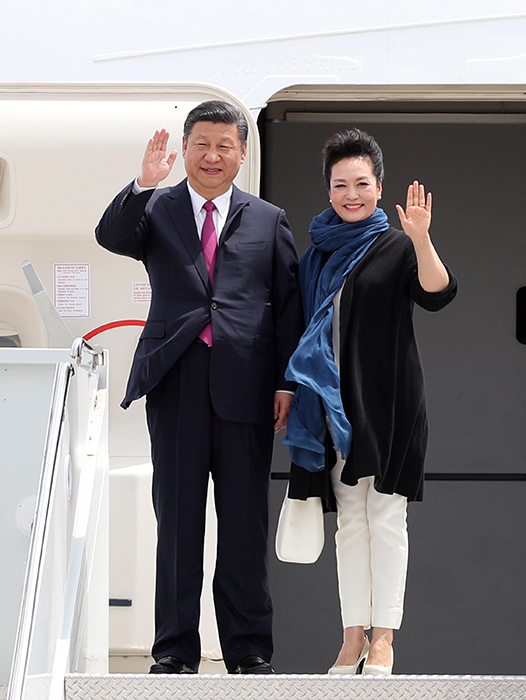 As did Xi Jinping's fan club: 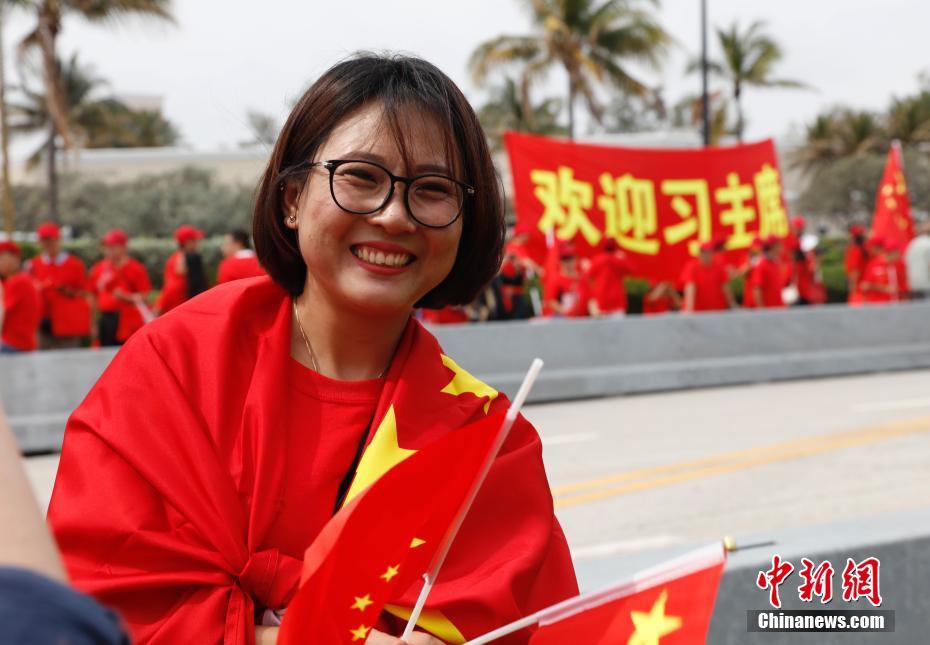 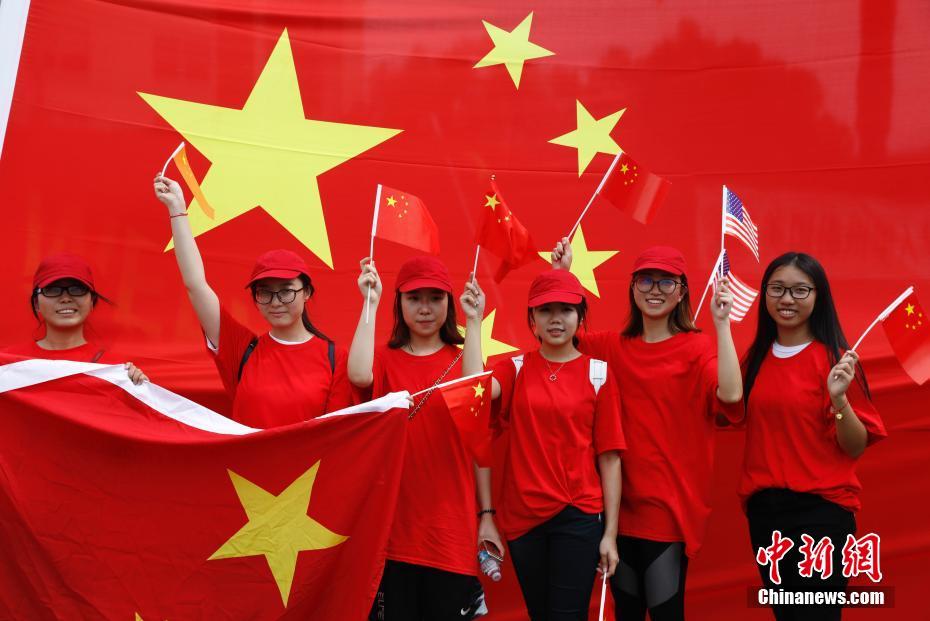 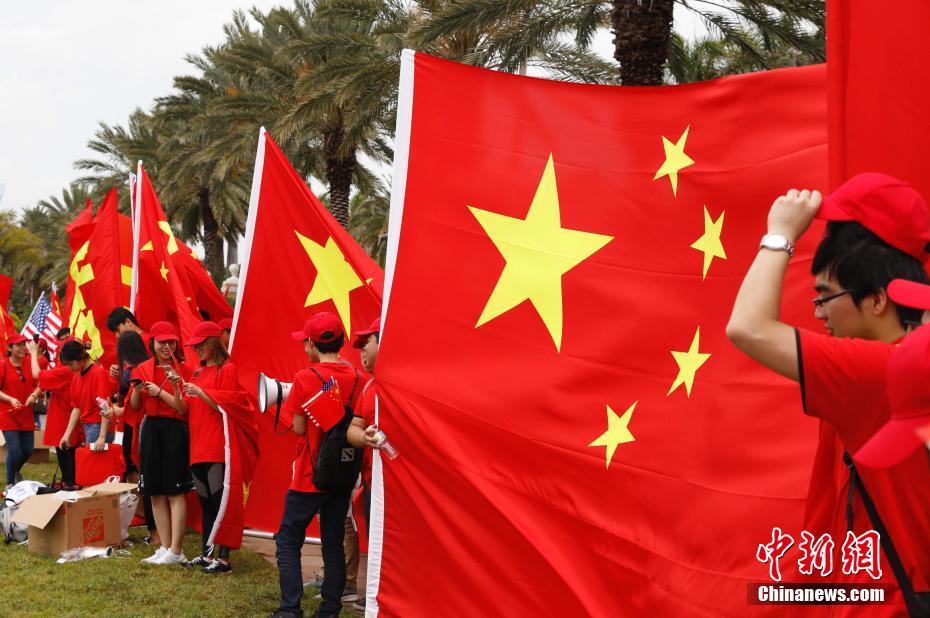 No golf, fishing or boating activities are planned during the two day rendezvous, and the summit will be more of a work meeting. Sad!

Trump recently embraced the One China stance and has been awarded a slew of trademarks that allow him to use in name and likeness in a diverse series of products, including a Trump-branded escort service.