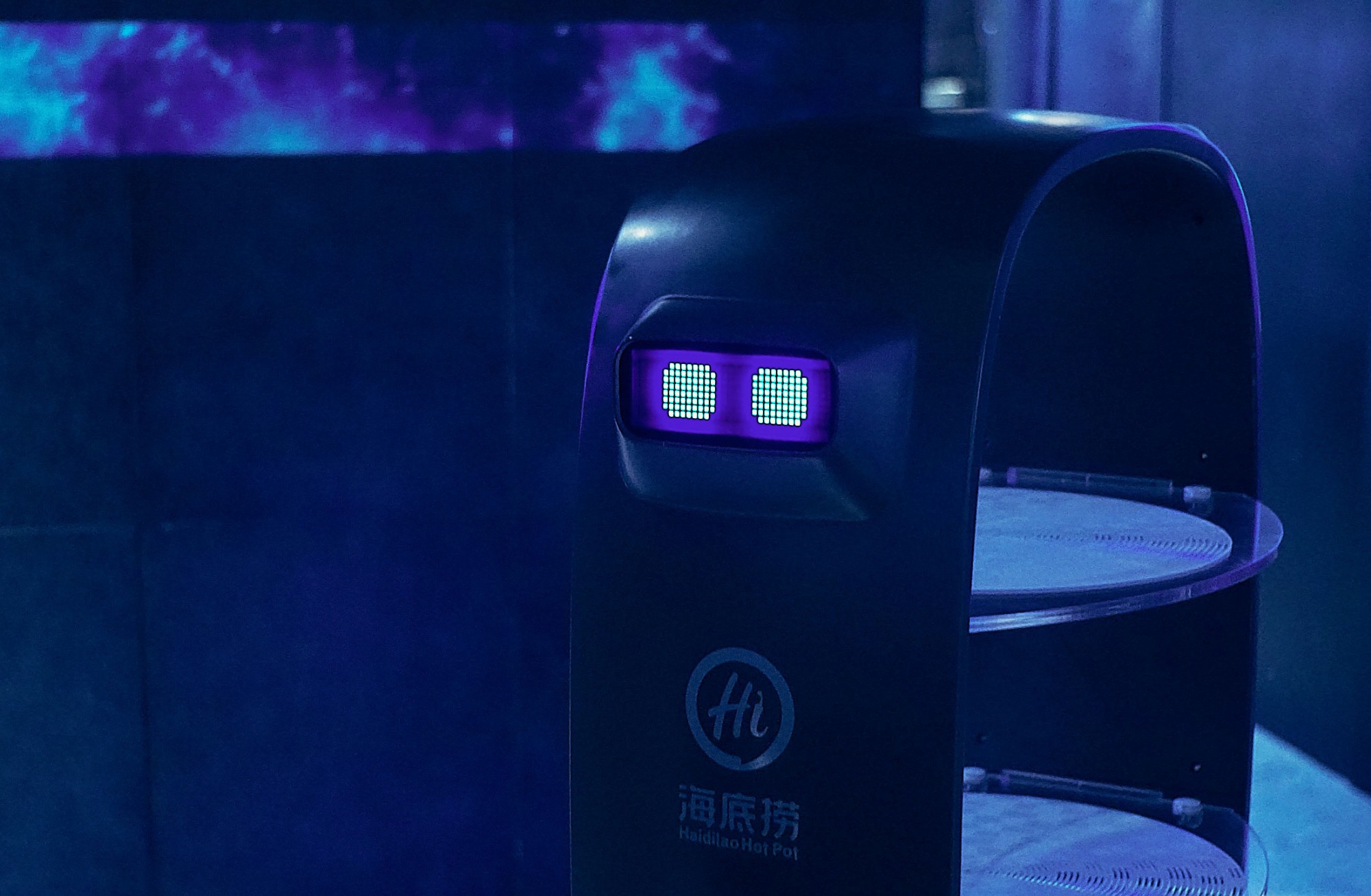 As we enter the newly opened Haidilao hot pot in World City, we find ourselves in a Blade Runner-like setting: The space is immersed in darkness, lined with neon trails on the floor and the ceiling, and lit by the flashes from a gleaming giant screen. A few meters away, a sealed bunker room lined with opaque glass windows seemingly hides something mysterious. 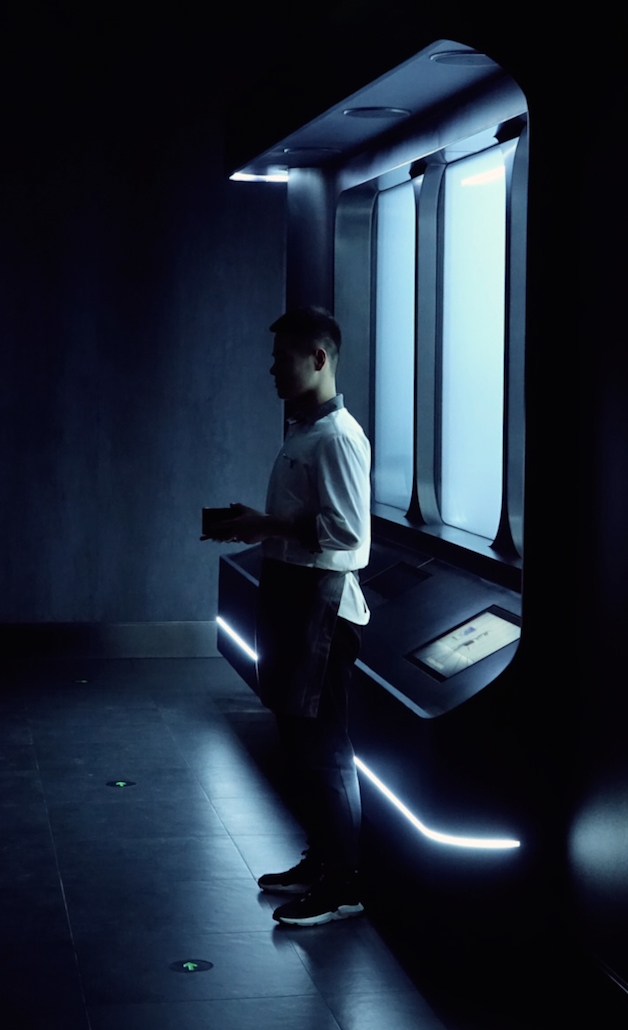 Right from the get-go, Haidilao wants to leave customers no doubt they are entering Beijing’s first AI-powered restaurant, realized in partnership with Japanese giant Panasonic. With robotics at the top of the priorities in China’s ambitious development plans, the hotpot chain, which went public in September, looks determined to jump on the bandwagon, all while demonstrating the enthusiasm needed to snatch funding deals but also to attract curious crowds. That’s probably why Haidilao’s new ‘smart restaurant’ feels like 50 percent actual commitment to innovation and 50 percent marketing fluff. 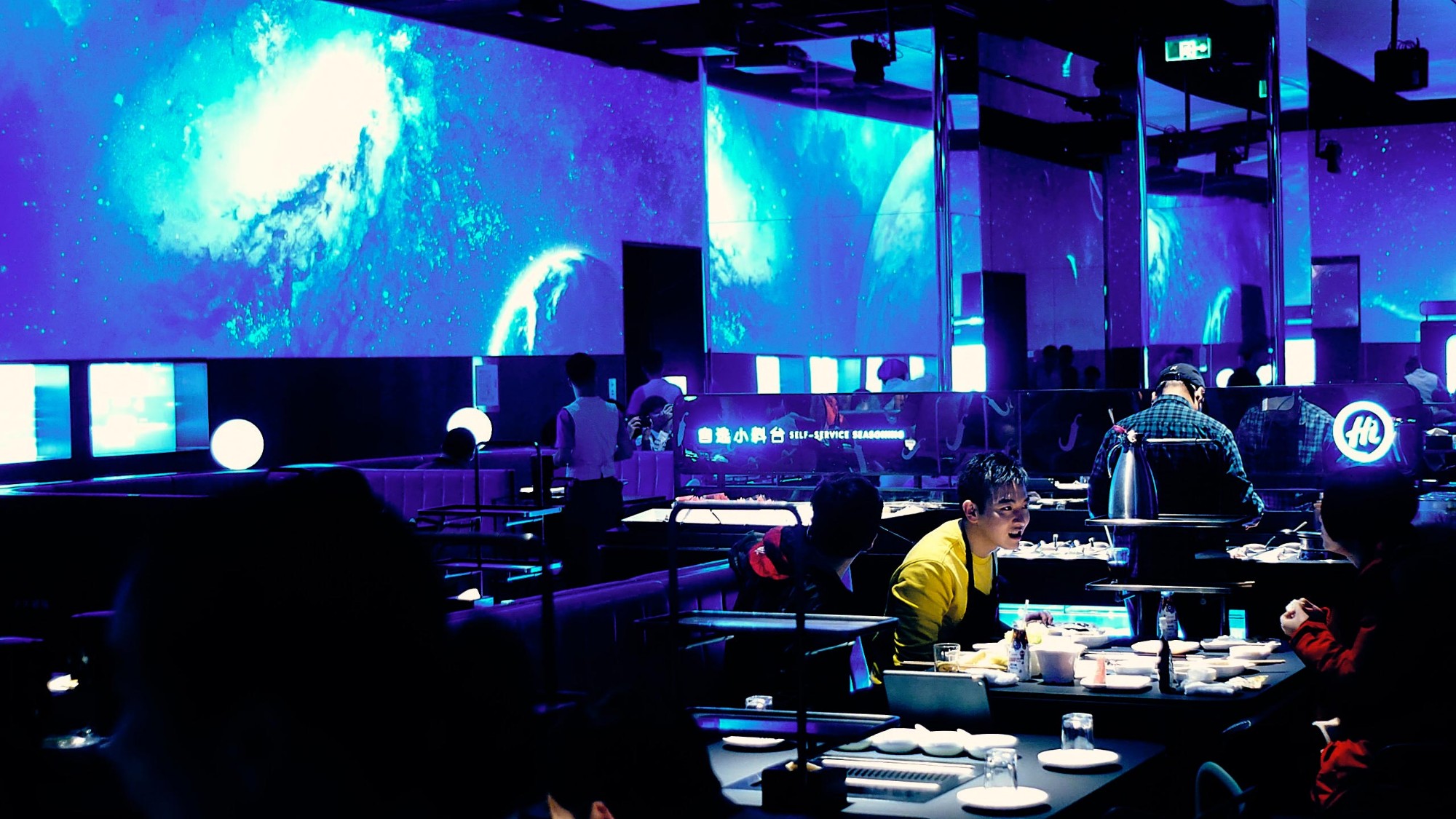 The dining room is entirely covered in enormous screens that project futuristic landscapes because… Panasonic? (Though, whatever happened to energy saving?) Also, during our time there we’re offered to take not one, not two, but three tours of the cutting-edge automated kitchen.

We feel obliged and discover that behind the opaque windows is a cold room where two lines of robotic arms pick up plates of food according to the patrons’ orders and put them on a conveyor belt. An employee then assembles them on a tray and has them delivered to the tables by another platoon of robo-waiters. On the wall, screens summarize orders and indicate the dishes that are about to be sold out or to expire. Elsewhere, the pots pass underneath a queue of nozzles and are automatically filled with the clients’ soup base of choice – information that is stored for the next time you order. 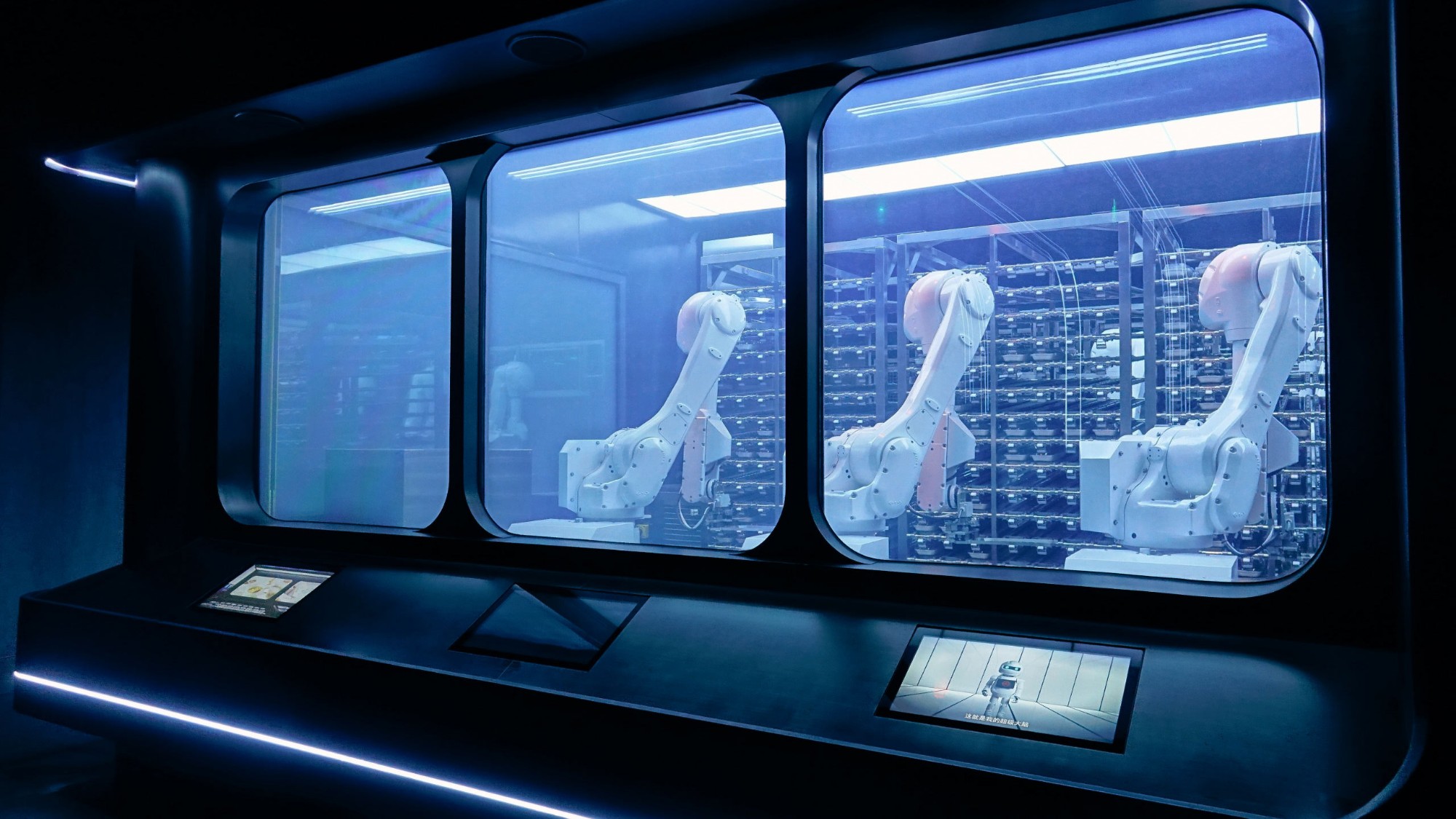 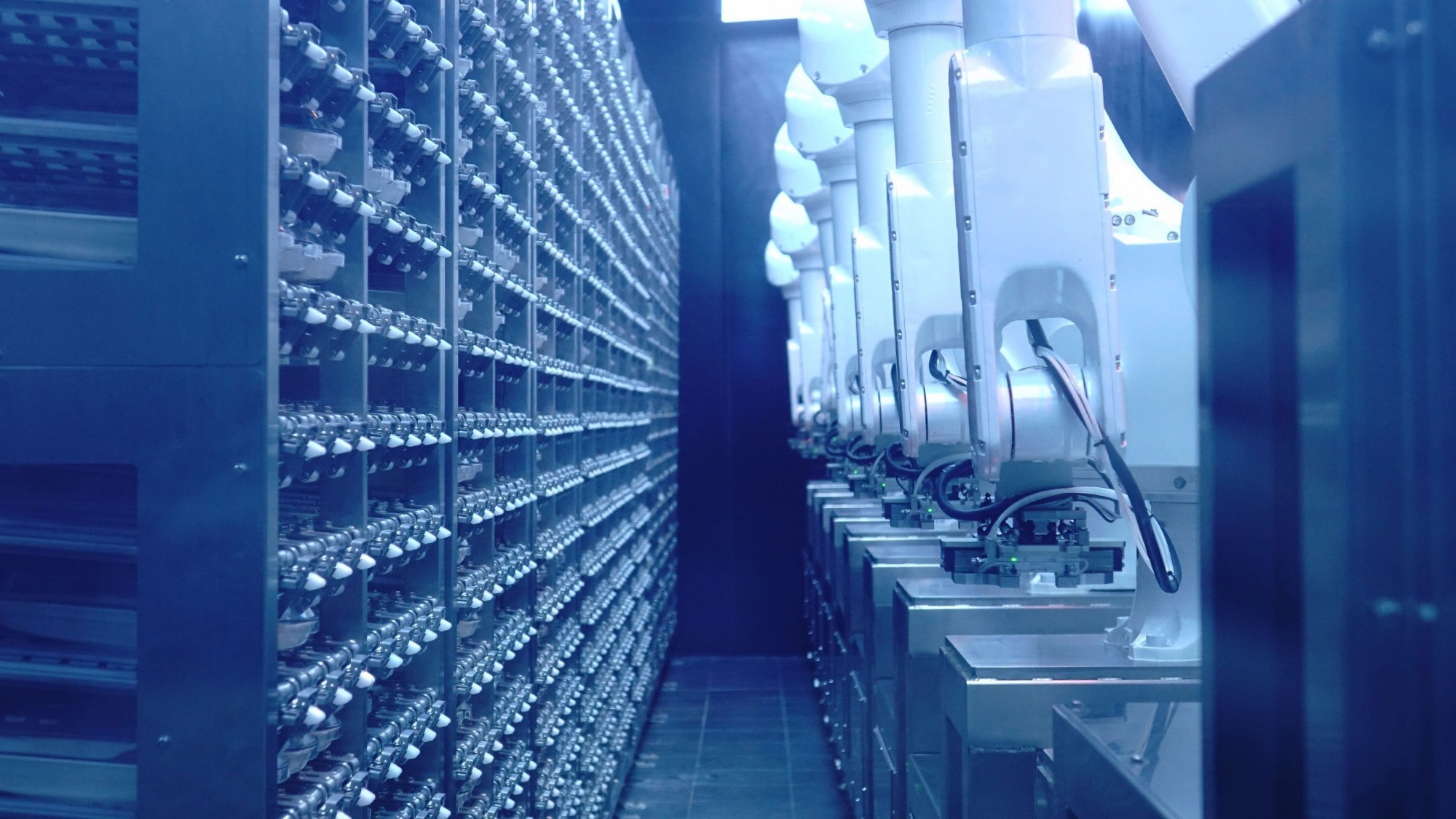 Add intelligent hot plates that change temperature according to the weight of the pot (bless you, Haidilao), and you have quite a set of impressive new features. Is this the future? Probably not. These robots are still far from able to prepare the food you eat, that is sent in from Haidilao’s central distribution center already cut and laid out on the little plates, that have embedded chips for the robots to read. Moreover, to our disappointment, we are never actually served by robo-waiters: It looks like they’re still in a beta-phase, or just there to help out with the heaviest orders. Our human waitperson (as far as we know) explains to us that the robots make the work fun and aren’t taking anything away from her job (or maybe the robots are actually running the joint and are making her say that). Before we can investigate further, she runs to reset one that is stuck next to a table on the other side of the room. 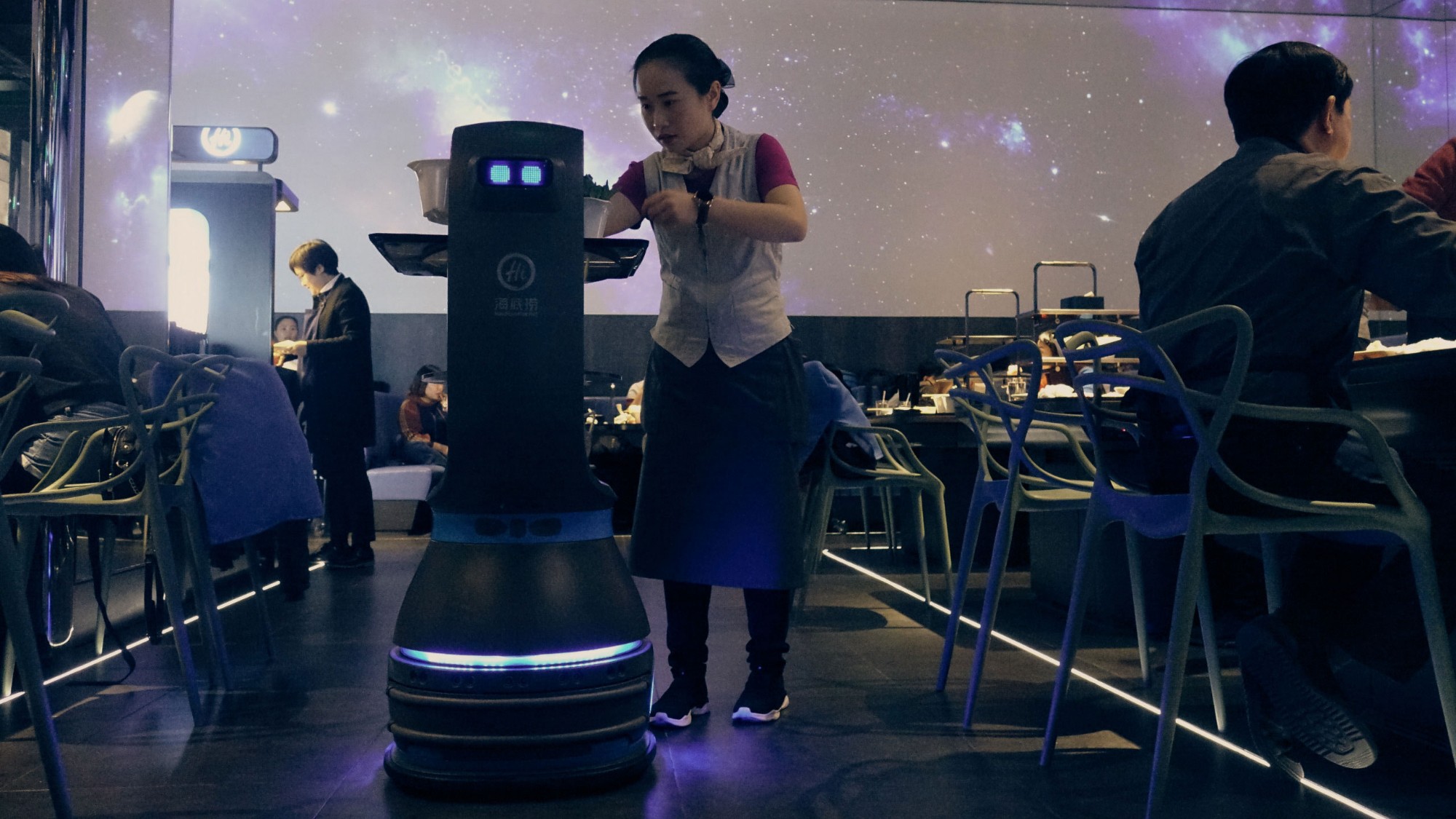 Even with some high-tech appliances, as time goes by, this Haidilao looks more and more like any other Haidilao. The food is exactly the same – you’ll spend around RMB100 for a mix of meat slices, veggies and other classic hot pot dips. The kind waiters are still there to fill up your water and give you hot towels (though Haidilao told the South China Morning Post that it will indeed cut down on human employees, but only in the kitchen).

Is it really time to worry yet? These robot waiters don’t look like they’re ready to take over the world… for now. 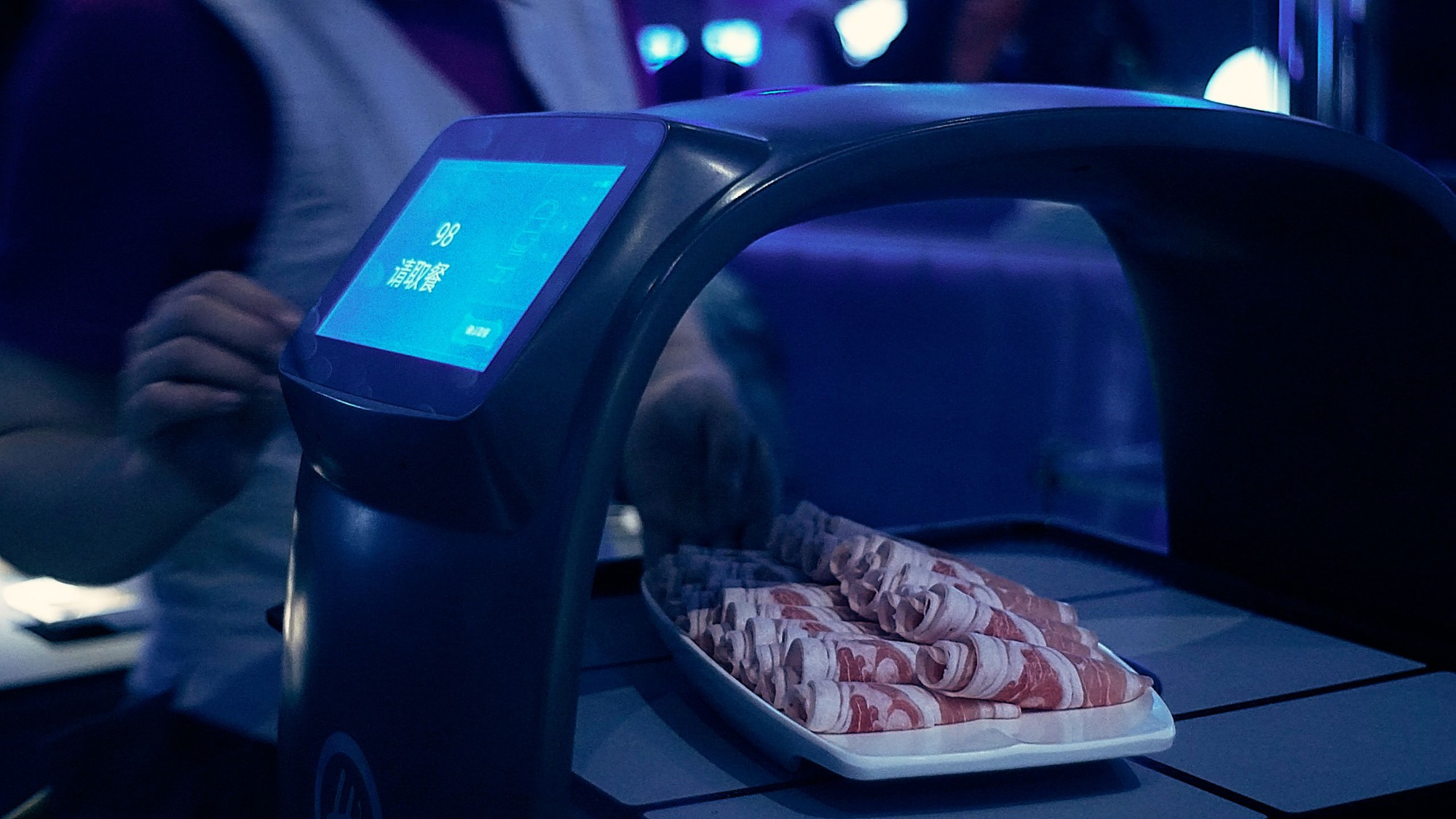 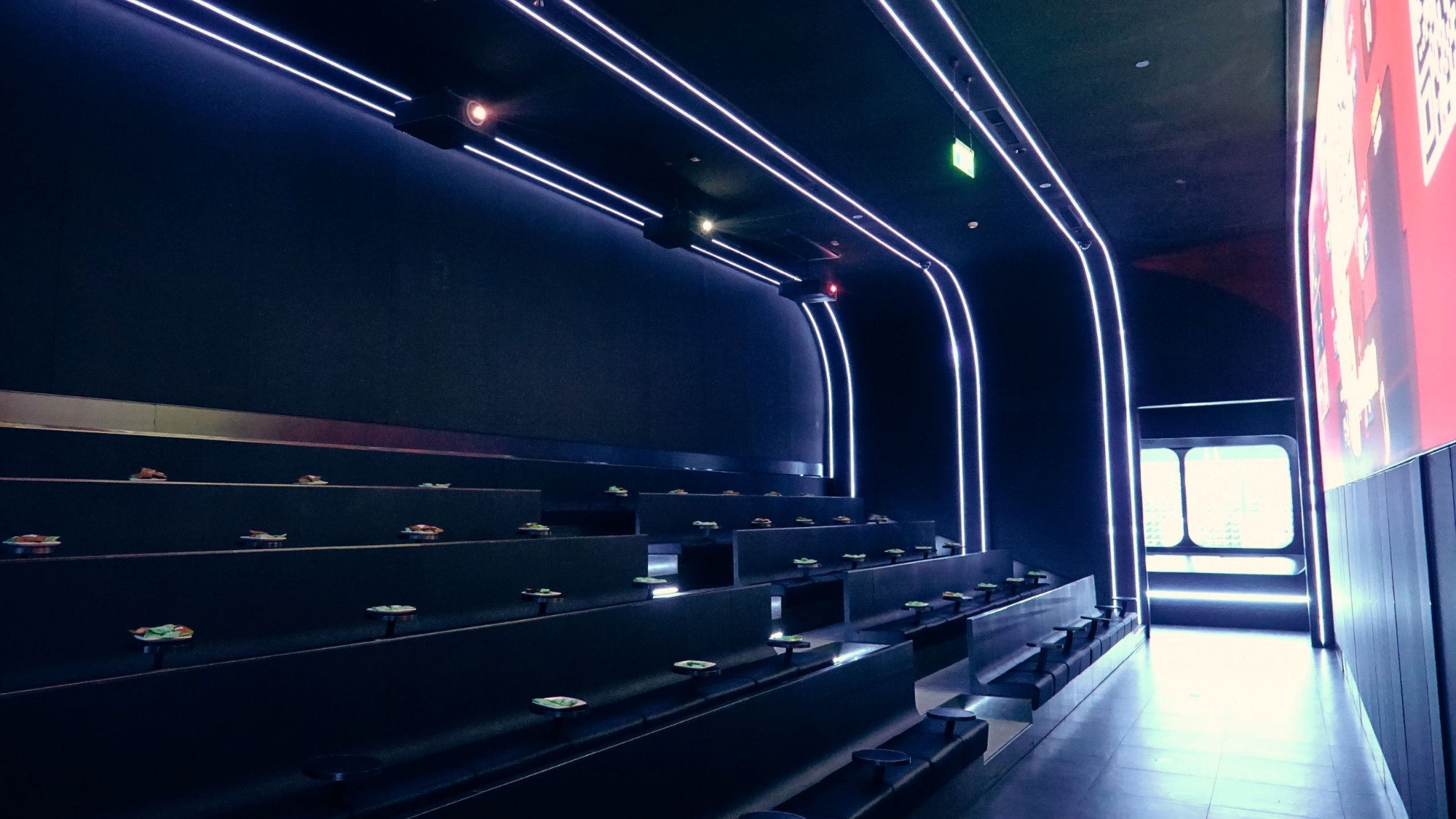 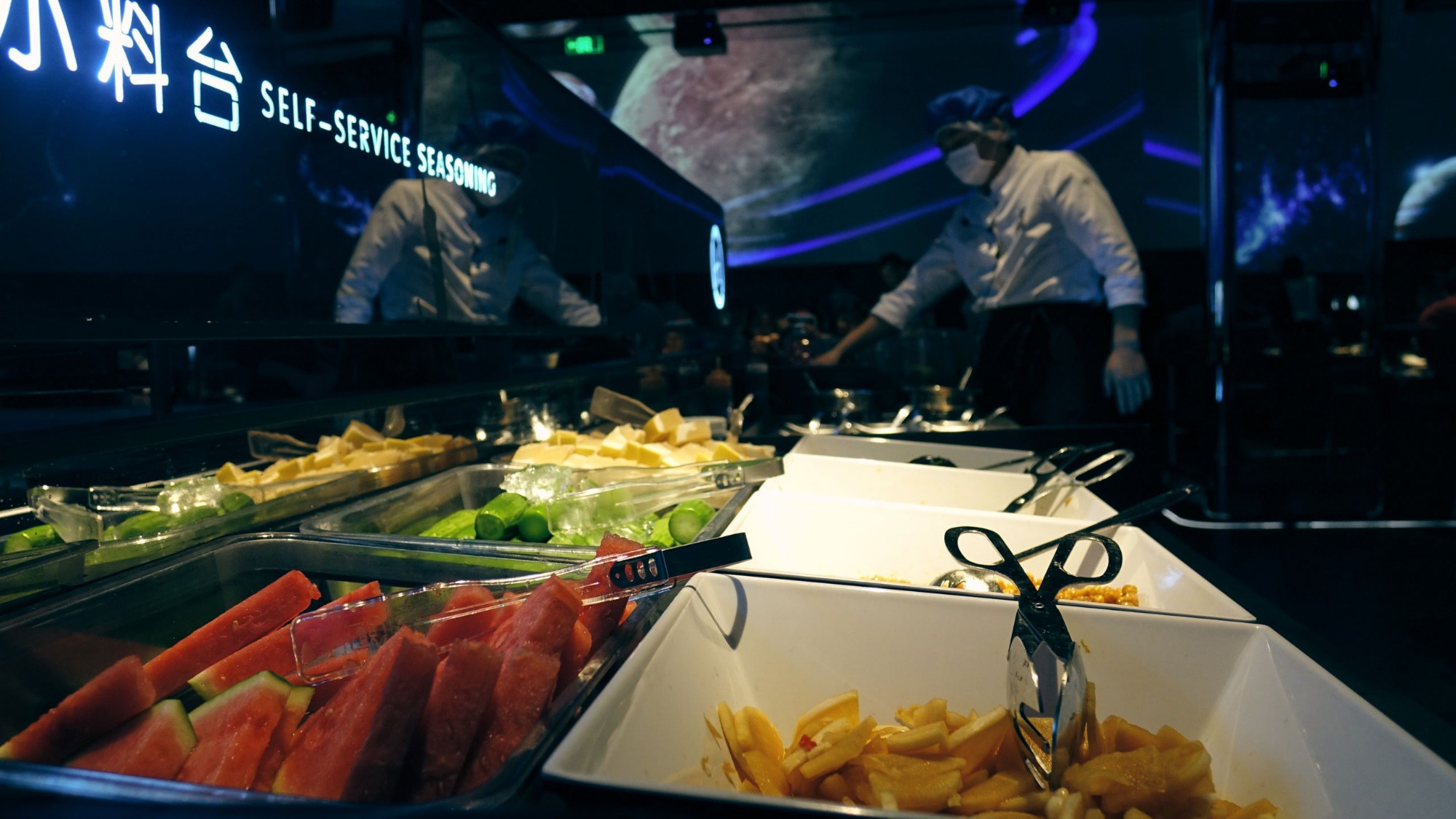