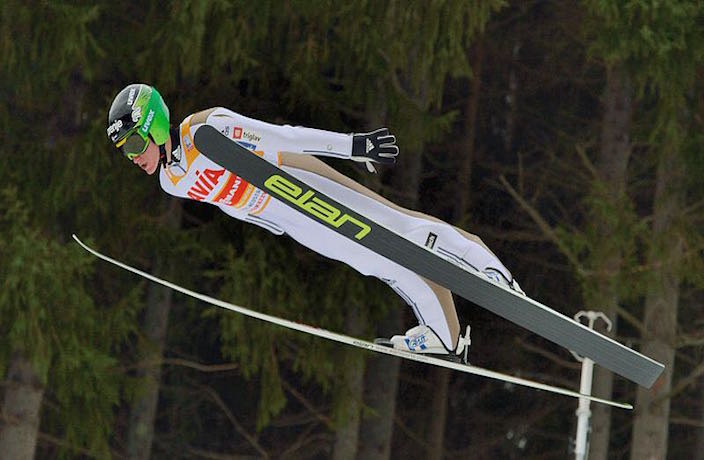 Arguably the most jaw-dropping of all the Winter Olympic competitions.

The sport was included in the first Winter Olympics in Chamonix in 1924, and sees very brave skiers head down a jump at speeds of up to 100 kilomeres per hour per hour and leap over the equivalent distance of a football field.

Four-time Olympic medallist and Pyeongchang champion Andreas Wellinger of Germany is a favorite for the normal hill competition.

Fellow German Karl Geiger could stop Wellinger from winning in Beijing, as could Piotr Żyła of Poland. Geiger picked up two gold medals, as well as a silver, at the 2021 World Championships, plus a gold at the 2020 Ski Flying World Championships. Meanwhile, Żyła is the reigning world champion in the men's normal hill.

Stefan Kraft of Austria, who holds the ski flying world record of 253.5 metres, had a disappointing performance at the 2018 Winter Olympics, where he finished 18th in the large hill. In spite of that, he’s one to watch at Beijing 2022.

Robert Johansson, who won bronze in the event in 2018, finished second at the World Championships.

In the women's, Ema Klinec of Slovenia may have finished 14th in Pyeongchang but, having won the normal hill at the 2021 World Championships, where she also won a silver in the women's team normal hill, don't be surprised if she wins a medal in Beijing.

The mixed team event is a new addition to the Olympic program. Germany, Norway and Austria are all strong contenders for gold.

China has only been represented in ski jumping at two previous Winter Olympic Games: Turin 2006, when Li Yang qualified for the men’s individual normal hill event; and PyeongChang 2018, when Chang Xinyue finished 20th in the equivalent women’s event.

While China is behind other nations when it comes to ski jumping, that may change in the future. Some of the country’s promising athletes, who were drafted from other sports, have trained in Norway.

Clas Brede Braathen, head of the Norwegian Ski Jumping Federation, said that while they needed more ski jumping experience, the Chinese athletes had enough physical potential to become number one.

As with a number of other winter sports in China, ski jumping is one of those which is gradually garnering enthusiasm.