Four years after the death of baby Yanyan, Suining Chuanshan District People’s Court ruled that all households in the apartment block in Suining, Sichuan must pay compensation after Yanyan was killed by a falling object.

The ruling came late last month and has been met with harsh opposition from several residents, according to China Daily.

The incident took place in November 2016 when Yanyan’s mother, surnamed Li, was pushing her in a stroller along a street. A metal ball, intended for hand and wrist exercises, fell from a nearby eight-story apartment block and struck Yanyan in the head. Yanyan died in hospital later that night. 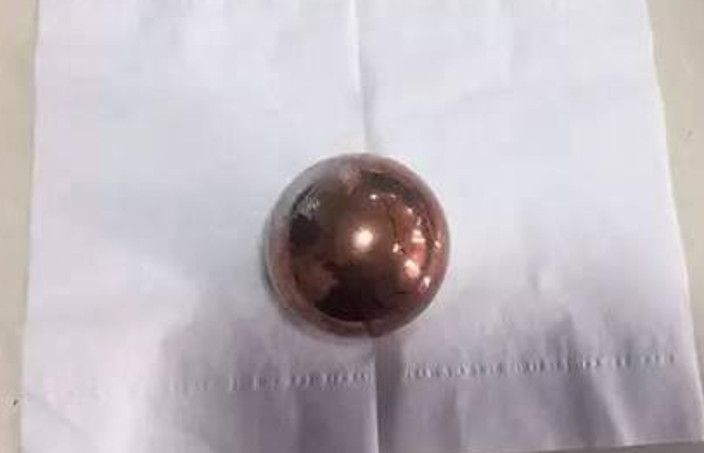 The falling object. Image via @成都商报/Weibo

Police conducted a door-to-door investigation following the incident, but were unable to identify the perpetrator. Chengdu Economic Daily reported in early December 2016 that fingerprints and DNA were collected from 16 people in seven households as part of the investigation. However, the owner of the metal ball was not determined by the investigation.

The family then resolved to take matters to the courts.

The Suining court ruling determined that 121 households in the implicated building must each pay RMB3,000 to compensate Yanyan’s family. The court also stressed that the fine should not be viewed as an admission of guilt or responsibility, but rather as a donation to the family that lost the child.

So far, more than 30 of the 121 households are appealing the court’s decision with one representative saying that RMB3,000 is too expensive for elderly residents. But, he did agree that the family deserves compensation for their loss.

Li, 41 years old at the time of Yanyan’s death, had another child one year later.

Chinese netizens expressed mixed opinions online in response to the verdict. Some have argued that the payment should be higher so that everyone is more cautious of potential hazards, while others lambasted the police for failing to identify the culprit.

Falling objects from apartment buildings has been a persistent problem in China. Last May, collective liability was written into China’s new civil code at the 13th National Congress to address the issue. The official legislation, however, doesn’t come into effect until next year.

[Cover image by Joshua for That’s]