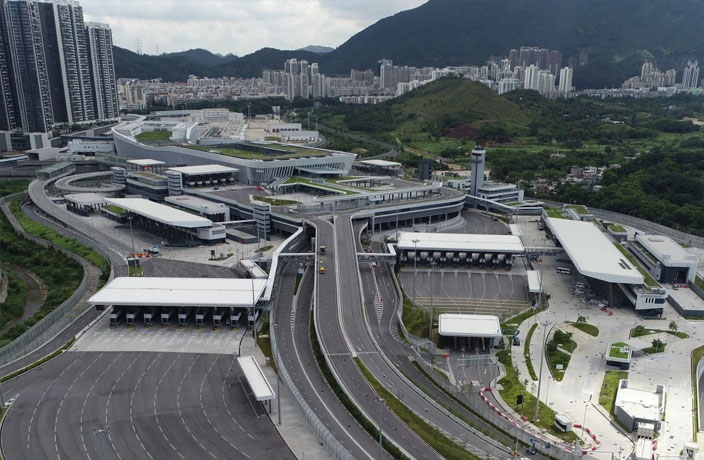 Following an 18-month delay, the Liantang Port/Heung Yuen Wai Boundary Control Point (莲塘口岸/香园围边境管制站) will finally be opening on August 26. This is the seventh land control point at the Shenzhen-Hong Kong boundary, and will serve as an important gateway to the Greater Bay Area. The delay of the opening was due to “more time... spent on safety checks,” reports SCMP.

Although the border won’t be allowing private cars or coaches for the time being due to the current pandemic, it will be open 7am to 10pm daily for cross-boundary goods vehicles.

A morning ceremony will be held at Liantang port on the 26th and vehicles will be allowed to pass through the border from 4pm onwards.

The border point is located east of Shenzhen, away from the city center and passes through Ta Kwu Ling in the northern New Territories in Hong Kong. The RMB1.5 billion project is designed to handle 17,850 vehicle trips and 30,000 passenger trips in a day. A trip between Hong Kong and Shenzhen’s Longgang and Pingshan districts will be cut to around 30 minutes.

Additionally, Shenzhen Metro Line 2 will be extended and a new Liantang Port station is expected to open on October 28, 2020.