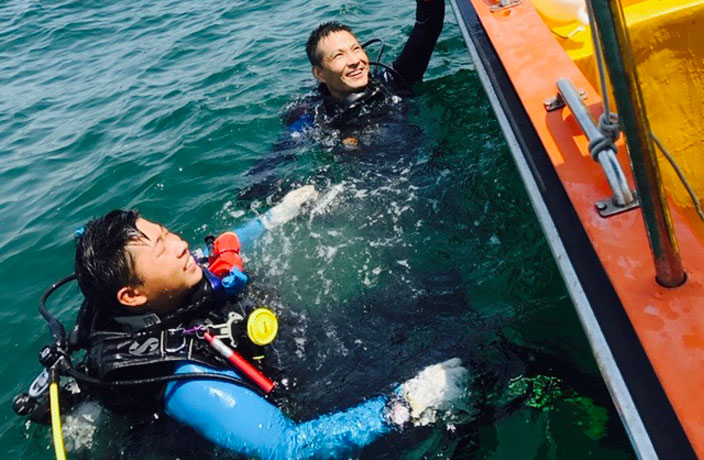 In preparation for writing this story, we conducted an unscientific survey and asked friends, family and colleagues to share the first word that came to mind when thinking about the waters off the Pearl River Delta. We received a variety of answers: the most commonly mentioned word was ‘polluted,’ followed by ‘dirty,’ though on a more positive note, ‘dolphins’ made an appearance in the mix.

There is definitely truth to the notion that the waters off our coast suffer from pollution, both industrial and otherwise. Particularly troubling is the sheer amount of plastic that has found its way from the megalopolises of the Pearl River Delta into the ocean. According to a recent article by South China Morning Post, participants in the esteemed Volvo Ocean Race – which passed through the region earlier this year – were surprised how far from land floating junk could be found. 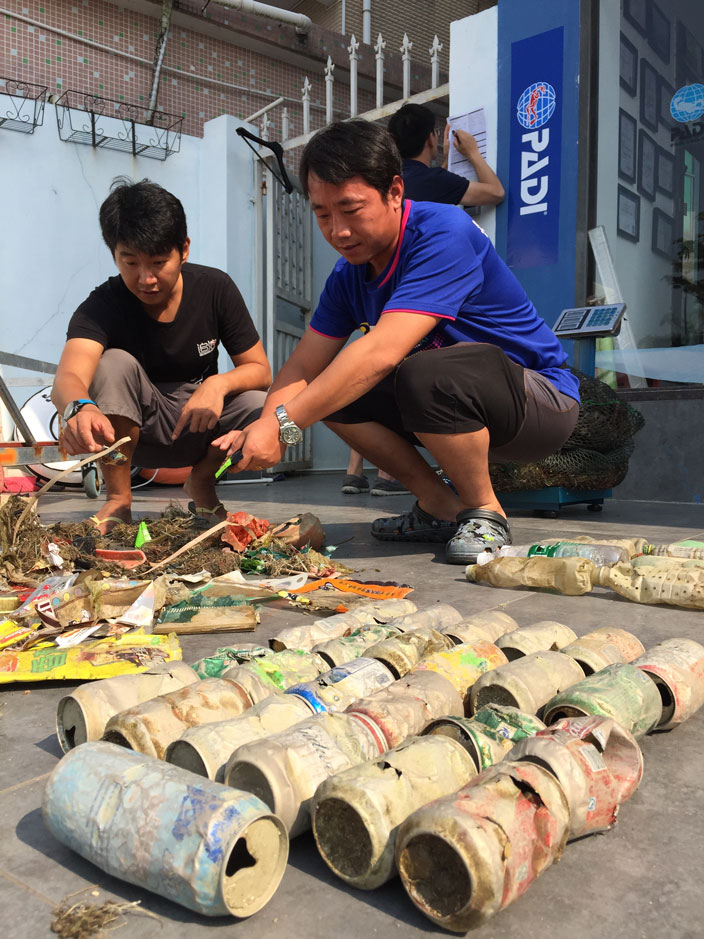 Floating rubbish combined with unsustainable fishing methods, land reclamation activities and the occasional typhoon, has put our region’s coral reefs – which are in many regards the backbone of the marine ecosystem – under threat.

At the forefront of the effort to protect Shenzhen’s reefs is Dive for Love, an organization initiated in 2012 by Doyouhike.com with support from local dive enthusiasts and the government of Dapeng District. Formally registered under the name Shenzhen Dapeng Coral Conservation Volunteer Federation in 2014, the group undertakes a number of initiatives aimed at protecting the city’s coastal ecosystem and raising public awareness about the plight of Shenzhen’s reefs. 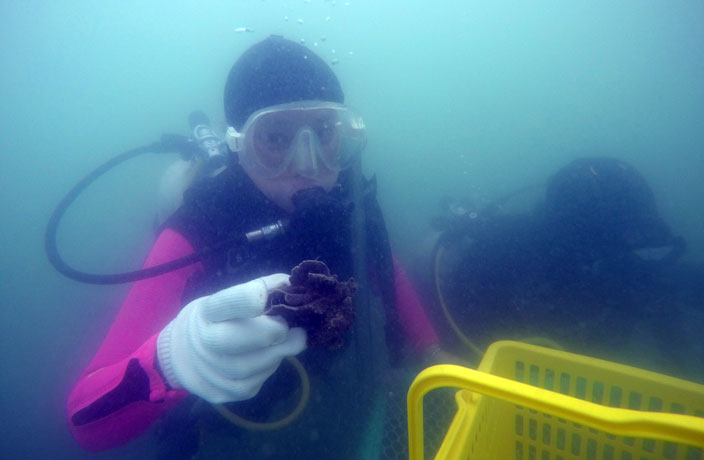 Most notable of the group’s projects is the coral conservation station in Da’ao Bay, where fragments of broken – but still living – coral are collected from the ocean floor and attached to a coral nursery, where they can recover.

“Coral restoration and conservation is the main focus of Dive for Love’s work,” Zhou told That’s via email. “It is observed that with the restoration of the coral community, marine life also recovers with increased diversity.”

Dive for Love also works to rid Shenzhen’s reefs of garbage and abandoned fishing nets, according to Zhou Yan, a part-time coral conservation and restoration program worker with Dive for Love. In 2017, the organization removed 225 kilograms of trash from the sea over the course of six cleanups. 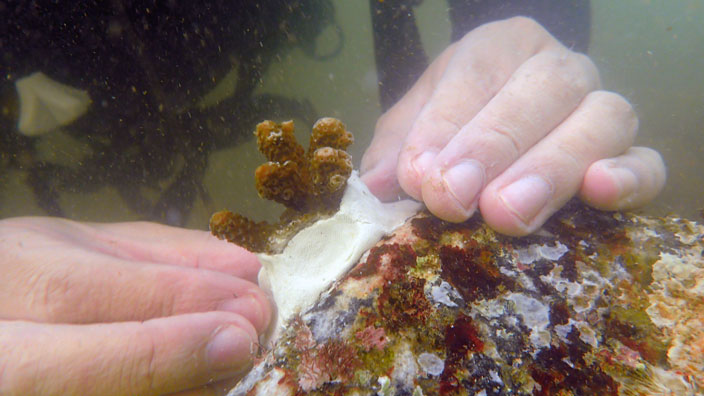 In addition to underwater cleanup efforts, Dive for Love places importance on community education, which is achieved through the Dive for Love Classroom Training Program. The initiative aims to raise awareness among Dapeng’s students about the importance of marine protection and has been rolled out district-wide in both primary and secondary schools. Last year alone, 70 instructors delivered 130 classes to over 6,500 students. 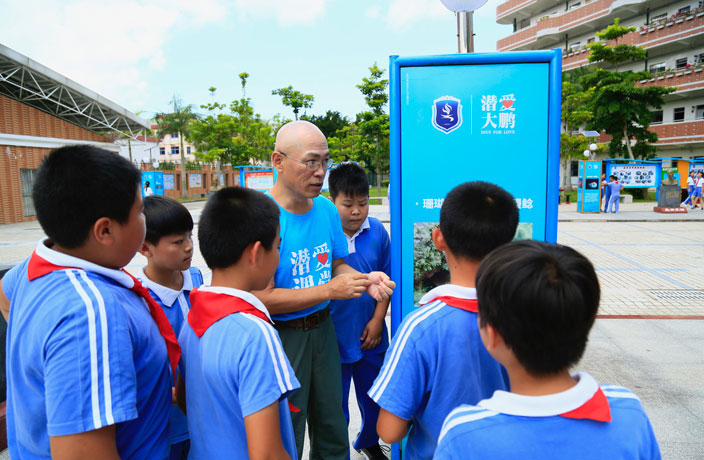 Another aspect of Dive for Love’s community outreach involves engaging with local fishermen in an effort to motivate them to protect the marine ecosystem on which they rely to for their living.

Some of the fisherfolk have even joined the volunteer ranks of Dive for Love. According to Zhou, six Shenzhen fishermen now volunteer as guards to prevent fishermen and boaters in the area from dropping anchor into the coral nursery. 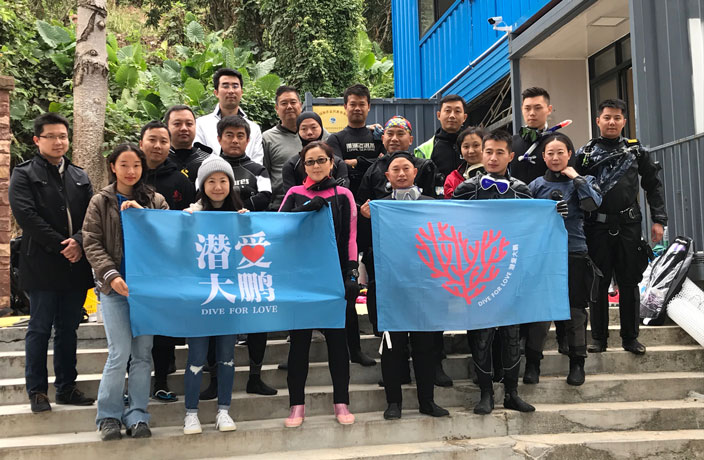 If you too would like to get involved with Dive for Love, we should note that volunteers are welcome, although underwater helpers are required to have a scuba diving certification.

Learn more about Dive for Love on WeChat (ID: dive4love)