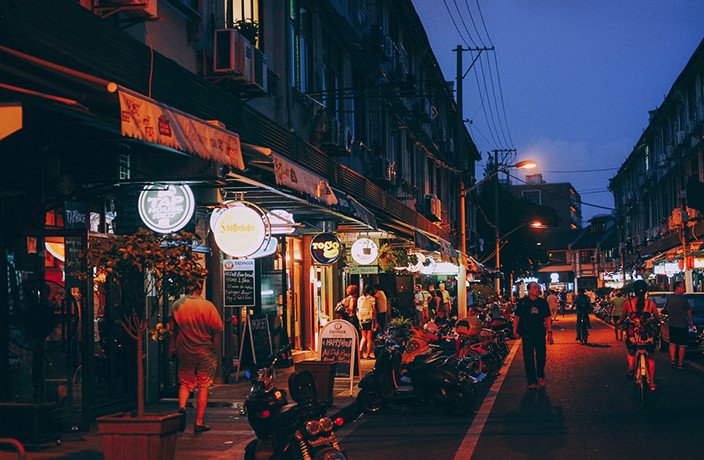 The mayor of Shanghai's Xuhui district has vowed to shut down Yongkang Lu, the Xinmin Evening News reports.

'Yongkang Lu Bars Must be Eliminated,' reads a bold headline atop page A5 of today's edition of the local paper. The image has been circulating widely on WeChat. 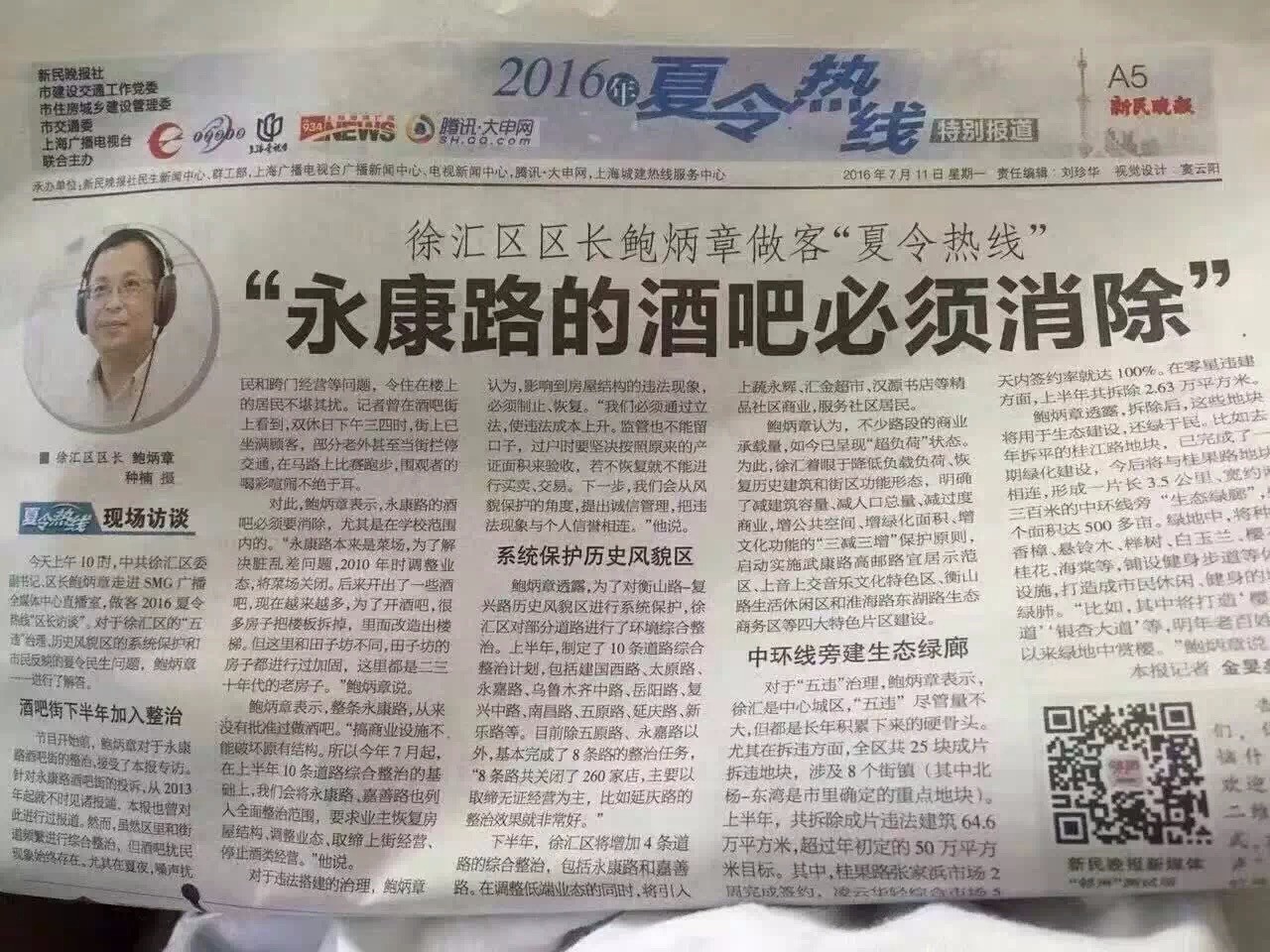 The statement itself was made by Bao Bingzhang, who's been the mayor of Xuhui district since 2014. He said at a press conference this morning that Yongkang Lu was originally open for food markets, but that the area was never authorized to open any bars. Bao has proposed to close down all the bars, especially those close to nearby schools.

Bao said the city would begin looking into taking action this month:

"Commercial construction is not supposed to be destroying building structures, so starting this July... 10 streets are being put under new regulations. Both Yongkang Lu and Jiashan Lu will be included in comprehensive renovations, which will require owners to recover original house structures, adjust or cancel street businesses, as well as stopping alcohol businesses.

We must pass legislation to make the costs of breaking the law higher. The next step is about honest management, which would be connected with personal credit/reputation."

This isn't the first time the city's most infamous bar street has received negative attention in the press. In 2013, the street made international headlines after local residents began pouring buckets of water on noisy patrons. The incident led to an agreement between residents and the venue owners to close down all businesses each night by 10pm.

READ MORE: The Evolution of Yongkang Lu in Photos

More updates as we receive them.

UPDATE (July 12, 2016 at 7.15pm): Todd Pearson of the Camel Hospitality Group tells That's not all venues will be shut down. "Many of the venues on the street are correctly and fully licensed, and for those venues we are not expecting to see big changes," he says. "The other venues on the street that lack the proper licenses, which would be 50-60 percent, will be shut down within a month." Read the full update here.