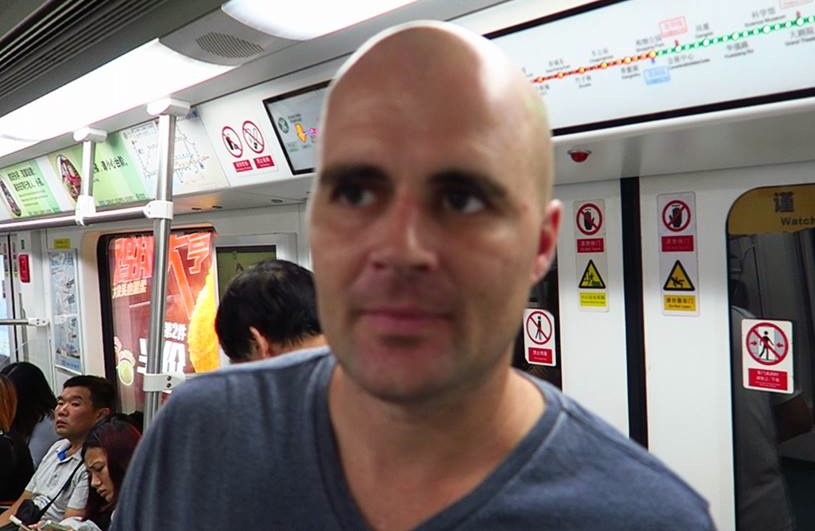 A report was published this morning warning Shenzhen metro commuters to be wary of a foreign panhandler frequenting the subway system.

The warning, issued by Guide in China, stated that the beggar is an American who appears to be a professional freeloader – well tuned in the art of scamming money from naïve public transit patrons.

The man goes by numerous names, including Miguel and Eric (for the remainder of this article we will refer to him as Migeric), and claims to work for the church – spreading the word of Jesus (cue epic organ music). 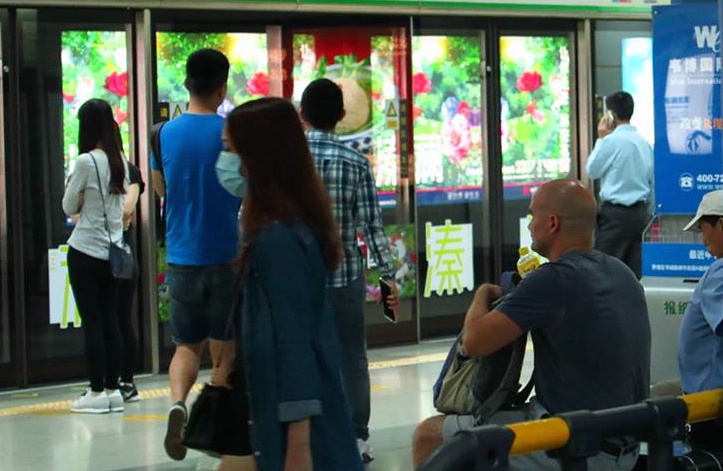 According to numerous accounts, Migeric generally approaches foreigners and claims to have lost his wallet, or bag, and proceeds to ask for RMB20.

“I had heard about him from other people before I even saw him,” said Adrian Blackstock, “When he approached me he said he needed RMB20, but I said nah.”

“I found it interesting that he didn’t ask for a lot of money, he only asked for RMB20.”

In other encounters it has been reported Migeric was extremely aggressive – so either pretend you speak Russian (unless you actually speak Russian) or be prepared to potentially throw a punch.

“I was just leaving NYPD, at Central Walk, when this dude came up to me and tried to take the pizza box right out of my hands.”

A Facebook group dedicated to Shenzhen expats recounts numerous encounters with Migeric, one of which describes an attempted pizza theft.

“I was just leaving NYPD, at Central Walk, when this dude came up to me and tried to take the pizza box right out of my hands,” wrote Facebook user Zafi Ch.

“Real piece of shit, this guy.”

The Guide in China story also states he allegedly sexually assaulted a foreign woman in Shenzhen.

Nora Wilson works at a Shenzhen tech company and was approached in July, on her way to work, by Migeric at approximately 9.45am, when he asked her for RMB20 because he had lost his wallet.

“As he was talking to me he got very close and then when I said no, I don’t have any money for you, he leaned in and tried to kiss me,” said Wilson. “It was pretty creepy.”

While we can’t verify that Wilson was the woman allegedly assaulted in the Guide in China story, we can state this encounter was anything but consensual. 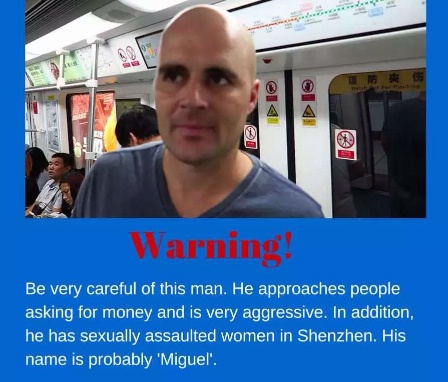 While speaking with That’s Wilson stated that her story may have been blown out of proportion by individuals and media outlets - or that there may have been an assault she is not aware of - because she does not consider her incident an assult.

“He actually didn’t touch me,” said Wilson. “But he would have if I hadn’t have jumped out of the way.”

Wilson also told That’s she witnessed Migeric getting uncomfortably close to another woman, shortly after her experience, at the Louhu police station while dealing with work visa paper work. The behavioral trend is definitely unsettling and cause for concern.

That’s was able to independently verify one accusation of harassment and two alleged thefts (a coffee and a pizza) so - basically - Migeric is a total piece of shit #whatwouldJesusnotdo.