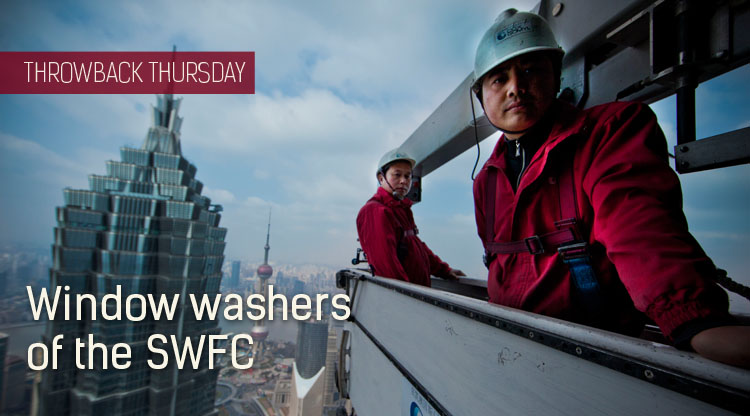 Tang Jinggui and Chen Jianwan are about to begin their afternoon shift, washing the windows of China’s tallest tower. Meeting on the 78th floor of the SWFC, we follow the pair into a cavernous room of concrete and steel. Housed on every 12th floor, these tennis court-sized empty spaces, with low ceilings and exposed air ducts, function as the building’s fire refuge shelters. 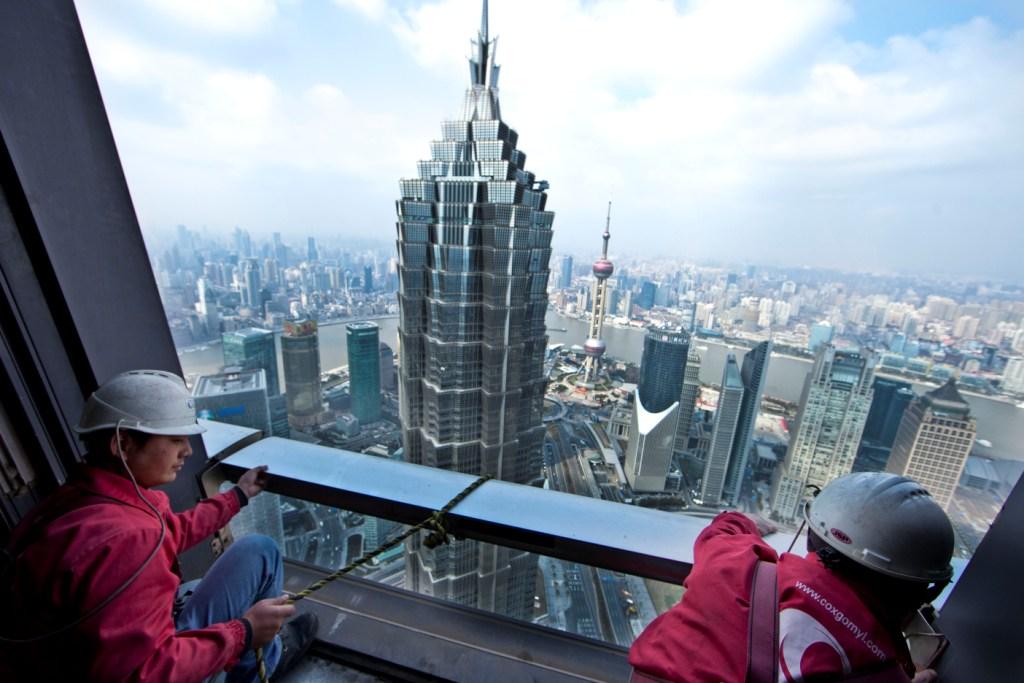 Following a narrow path hidden behind restricted doors we arrive at the massive machine that is about to allow Tang and Chen to hover on the edge of the building some 400 plus meters above Shanghai. Depending on the level, refuge floors have up to four of these specialized mini-cranes so workers can reach all sides of the building. 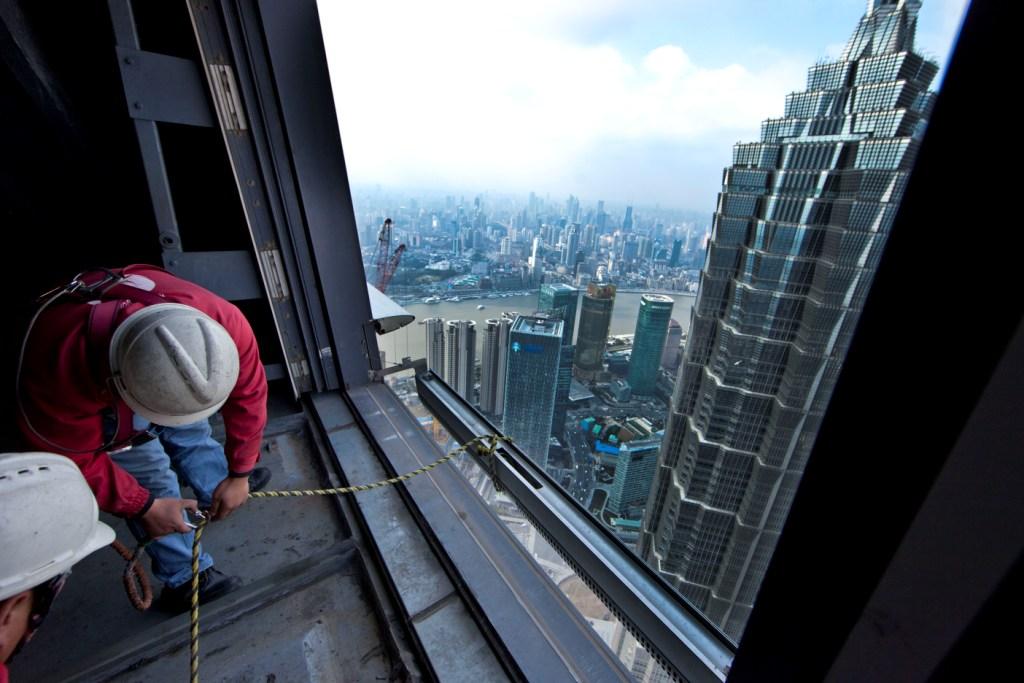 All set up and ready, Chen slides open a door nearly twice his height. As sunlight floods into the dark space the spike of the Jin Mao Tower makes a shockingly close appearance. Chen then joins Tang in a two-meter-long bucket, Tang ready to guide the steely 15-meter-long arm of the machine outside, where nothing but strong winds separate them and the urban abyss below. 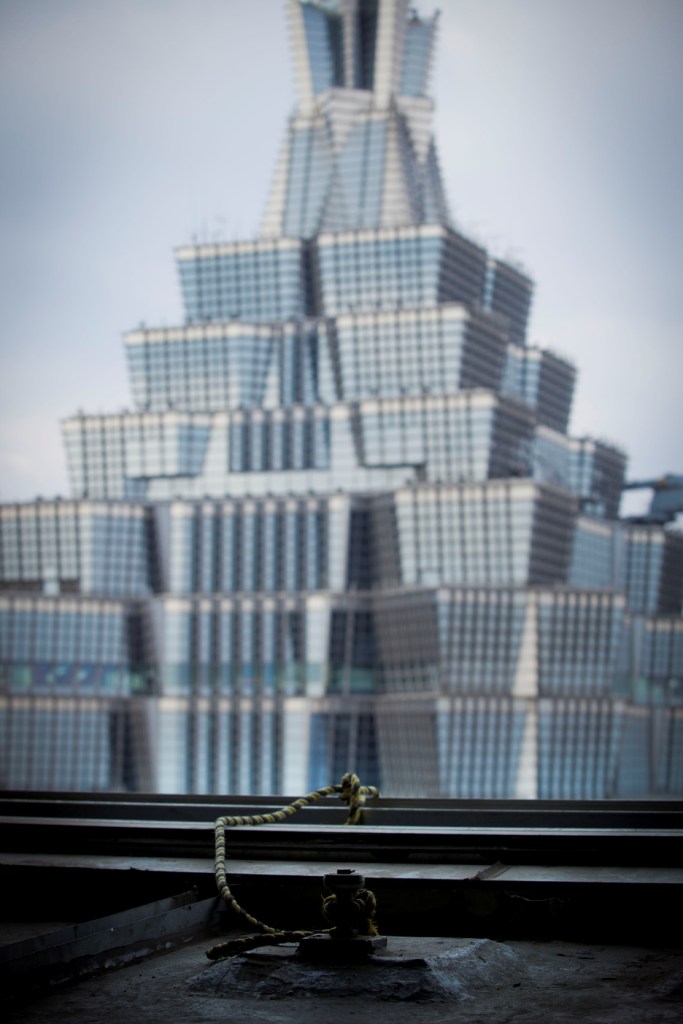 As the bucket inches towards the gaping hole they don’t flinch though, but seem eager to get on with their afternoon of scrubbing and repairing the tower’s glass facade. “When I first started the job I was a little bit terrified, but I’m used to it now,” says Tang. “Our equipment has top-notch security, so there’s barely anything to worry about.” 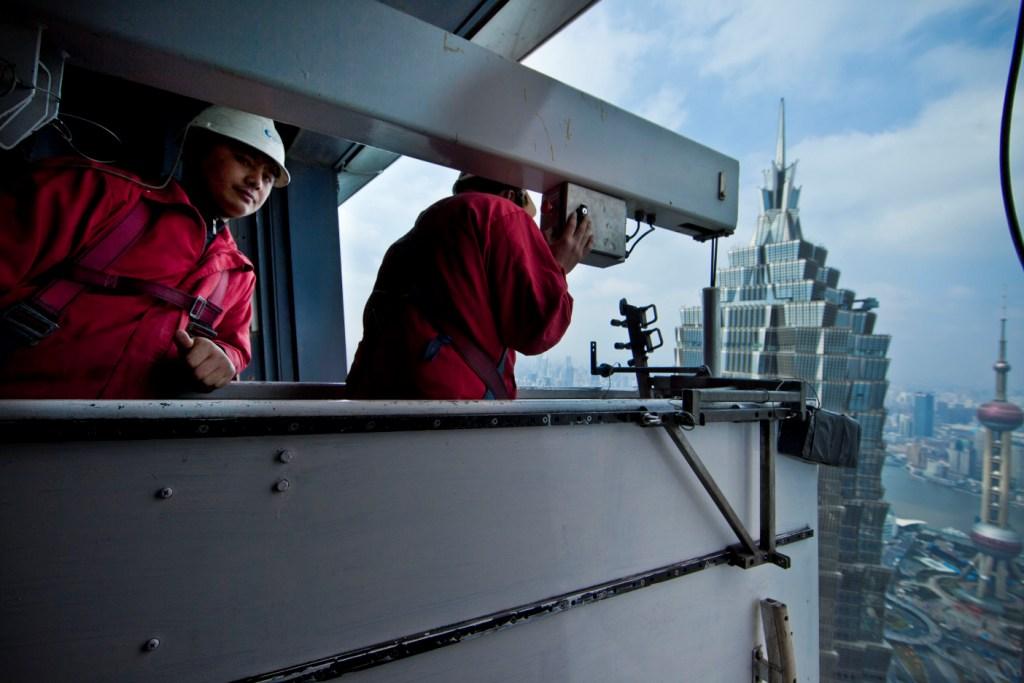 Chen, Tang and the 20 odd employees of COX, SWFC’s maintenance company, worry more about the weather than the heights. When dangling up to half a kilometer above the pavement, the extreme swings of Shanghai’s temperatures are experienced to an exponential degree. 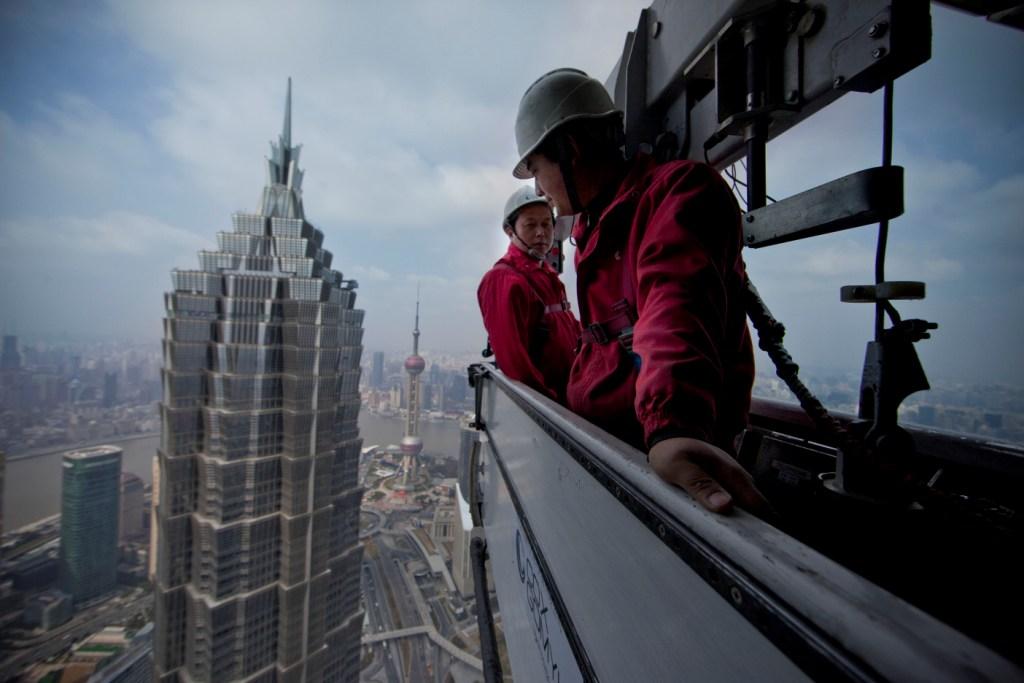 “In the summer, the intense heat of the sun reflects off of the glass. We can easily fry an egg on the window,” Chen explains. “Come winter, if the thermometer falls below zero, water freezes to the windows and cleaning cloths, making work impossible.” 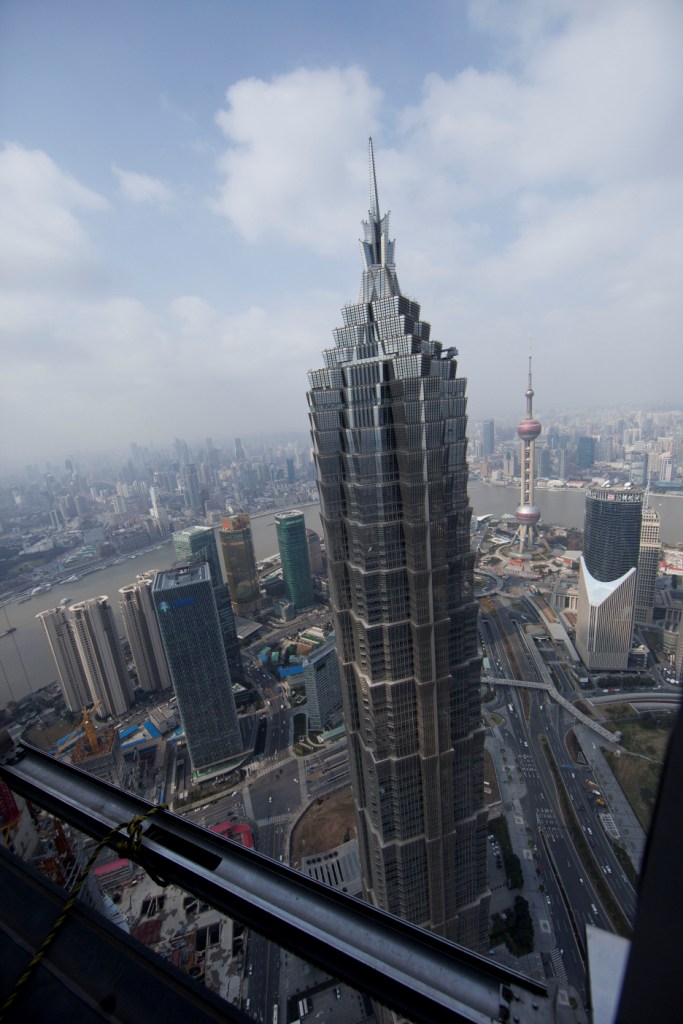 Hailing from Jiangsu and Anhui provinces, Tang and Chen have worked together at the SWFC since its opening in 2008 (COX pairs up its employees to ensure safety through teamwork), earning Aerial Work Certificates before completing COX’s intense three-month training course. At first their families were concerned for their safety, but now they’re supportive.

“The higher you stand, the more views you see,” Tang says. “I feel proud of my job.”