It is what executive producer and contributor James Cameron describes as the “Titanic’s last, great untold story.”

New documentary The Six, which will be released in cinemas across China on April 16, sees director Arthur Jones, lead researcher Steven Schwankert and their international team go in search of the ship’s lost Chinese passengers. They uncover an extraordinary tale of survival and dignity in the face of racism and anti-immigrant policy that reverberates today.

Englishman Jones first came to China in late 1996. He worked as a reporter and editor for several years, starting out right here at That’s, before covering the Chinese film industry for Hollywood’s Variety magazine.

For the past 15 years, he has worked as a documentary director, shooting for big broadcasters and working on independent projects. We caught up with him ahead of The Six release to find out more.

Your first film with Steven Schwankert, The Poseidon Project, documented the sinking of Britain’s most advanced submarine off the China coast in 1931. How did you guys begin working together?
Steven was (and still is!) a friend. We had both been reporters covering film. Steven has a special interest in maritime history and China. Since he knew I made documentaries, he came to me with the story of a British submarine that had sunk in Chinese waters.

I was interested in the idea of exploring history films as detective stories, where we could investigate mysteries. That film took about six years to make, but we had a great time. And some of the same team, including our producer Luo Tong, ended up working on The Six too.

How did you first learn of the story of the Chinese passengers on the Titanic?
Steven told me about it, around the time we were finishing up on Poseidon. I wasn’t initially convinced it was the right project for me – I wasn’t sure I could add anything new to the Titanic story.

But I ended up testing the idea out with friends, and I was surprised that no one seemed to know anything about the Chinese passengers. Most of the other 700+ Titanic survivors are extremely well documented, and thousands of people claim to be related to them. The Chinese seemed to be uniquely unknown and no one had ever claimed them. 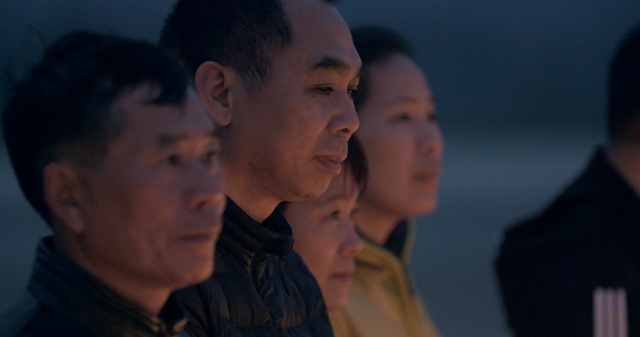 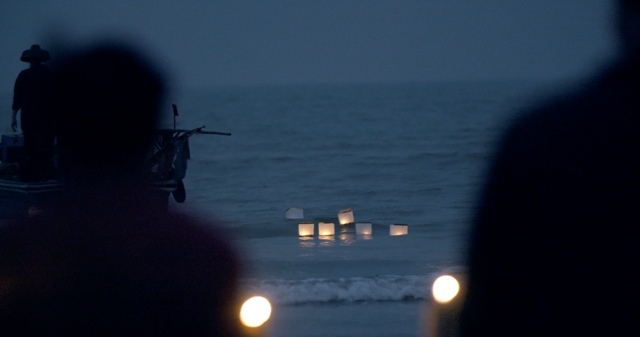 You secured your funding through Chinese social media – how did you go about it?
At the beginning – as with most documentaries – I had assumed we would go for traditional TV distribution, and we spent time taking the idea to broadcasters in China and overseas. But about two years into the project – before we had secured a deal – our trailer was posted on Weibo and had about 20 million views overnight.

Suddenly, everyone was talking about it, and we were approached by theatrical distributors who thought it might make a powerful impression as a cinematic release. It’s a totally new direction for us and very exciting. But cinema release is fairly brutal! We really need audiences to get out there the first weekend (April 16-18) to watch it. If enough people do, our run should get extended for a week or more.

How did you get James Cameron involved in the project?
Steven and I had talked about trying to contact Cameron early on in the project. We knew he had an interest in the Chinese passengers because he had filmed a scene about one of their most dramatic experiences; one of the men had gone into the water during the sinking, but saved himself by climbing on to a piece of wood.

The scene ended up being cut from the film, but we found a copy of it, and I wanted to ask Cameron if it had inspired the final scene of Jack and Rose in the water, with her floating on a wooden board. Very late in the day – during the edit, in fact, our executive producer Nick Ware found a contact for a lawyer who had worked with Cameron. I emailed him one evening and when I woke up in the morning, there was a reply from Cameron saying he knew about our project and wanted to talk.

Steven and I flew to New Zealand a few weeks later and filmed an interview with him there – where he was working on the Avatar sequels. He was incredibly supportive, asked us tons of questions about what we had found out and confirmed that he had always been fascinated by the story of the Chinese survivors.

He also offered to join us as executive producer, and he ended up helping us secure rights to use footage from his movie – as well as putting us in touch with Kate [Winslet] and Leo [DiCaprio], who were also incredibly supportive and approved us using their images in our film. 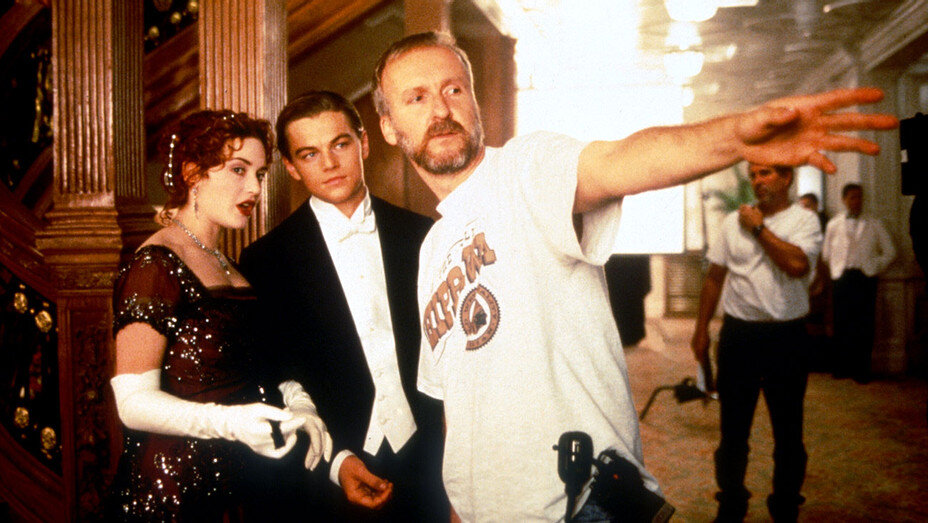 Many of the Chinese survivors’ descendents had no idea they had been on the Titanic. Avoiding spoilers – why do you think that was?
The Chinese survivors went through a very different experience than the rest of the survivors. They were the only passengers not welcomed into New York when they arrived on the rescue ship Carpathia. They were kept on board overnight and made to leave on a cargo ship the following day – Chinese arrivals in the US at the time were restricted by the Chinese Exclusion Act.

And in the days after the sinking, they were singled out for particularly vicious rumours – printed widely in the UK and US press – that they had somehow behaved dishonorably in order to survive. They were variously accused of dressing as women (to get around the famous “women and children first” policy) and hiding in the lifeboats (or perhaps even being stowaways on Titanic itself).

Part of our job was to examine these claims in minute detail. We went as far as rebuilding one of the lifeboats in its original dimensions to clarify witnesses’ claims about them. I don’t think it’s a spoiler to say that the rumors don’t stack up – and I promise we wouldn’t have held back if they had.

It turns out that they were victims of the prevailing anti-Asian sentiment of the time, discrimination that is back in the news again with the #StopAsianHate movement. I think for all these reasons (and more that we discuss in the film), many Chinese immigrants of the time kept their stories to themselves. 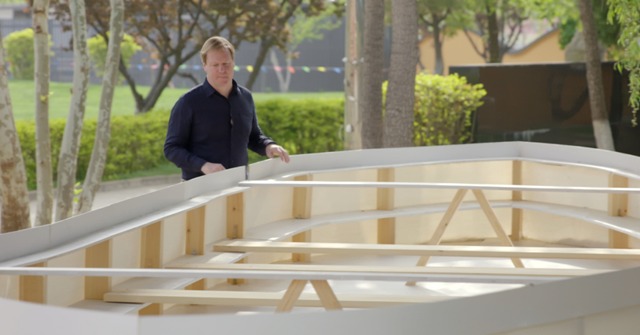 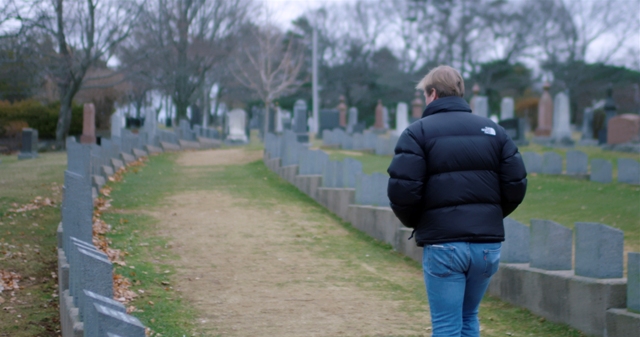 As you say, the subject matter of the story and treatment of the Chinese survivors comes at an interesting time, with a rise of anti-Asian sentiment in the West seeing acts of violence and counter protests. How close are the parallels with a century ago? And how do you think the film can alter perceptions of Asian immigrants to the West?
Titanic has always been used as a lens to examine issues of the day. Back in 1912, there were a lot of stories about what it meant to be a gentleman, a hero, a villain. By the 1960s, issues of class were central to discussions of Titanic.

For me, this always felt like a way to tell a story about racial and ethnic discrimination – when the #StopAsianHate movement started, it was no surprise to Asians themselves, or those that live in this part of the world. But it does feel like time that the rest of the world should start thinking about it too – I hope The Six plays a part in that discussion.

The film opens this Friday, April 16 – where can people catch it?It’s a very wide release, so you should be able to find it all over China, in most cinemas. I am told we will play on 40,000 screens or more – search 六人 in ticketing apps. If you have enough friends or colleagues who want to watch it, you can book out a screening (包场) and let us know. We will try to send some of our team out to join you, and run Q&A sessions afterwards wherever possible.