It’s been a hot minute since we’ve gotten a new batch of that juicy, juicy F&B gossip, but – finally – after a long Chinese New Year break, and some much needed hangover recovery time from a week-long bender, Shanghai is dusting off its shoulders and getting down to work.

Let’s just say the new openings are a-plenty. Luckily closures have been few and far between as expats and locals alike are ready to drop them dollah dollah bills y’all on all things entertainment. Let’s take a look at what the last month has brought us in the world of food and bev. 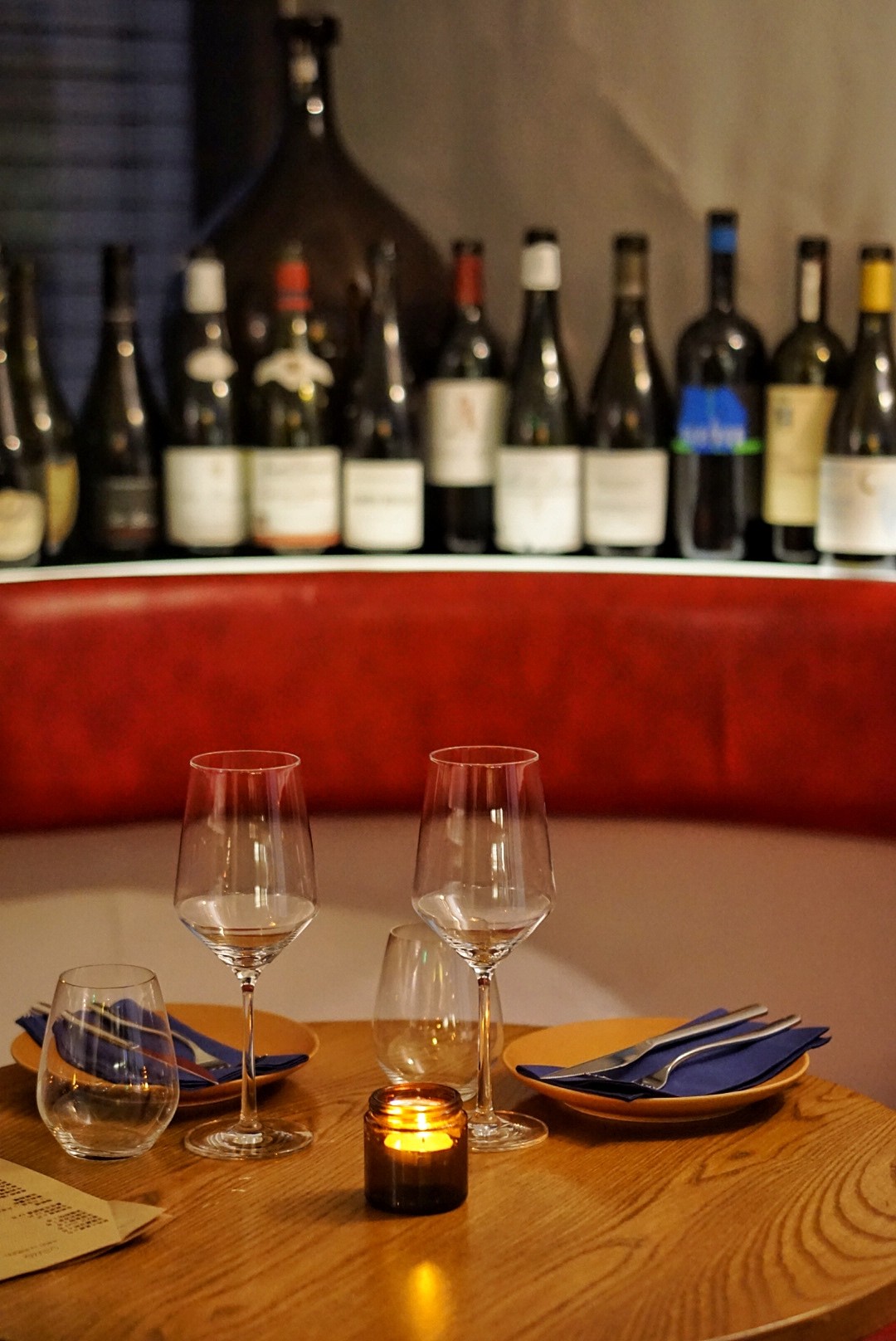 Deli, contemporary sandwich and cocktail concept from the same group behind Ottimo and SOiF is slated to open, conveniently next door to SOiF, in April. If one wasn’t enough, they aim to open four locations of Deli around the Shanghai metro area by the end of the year. 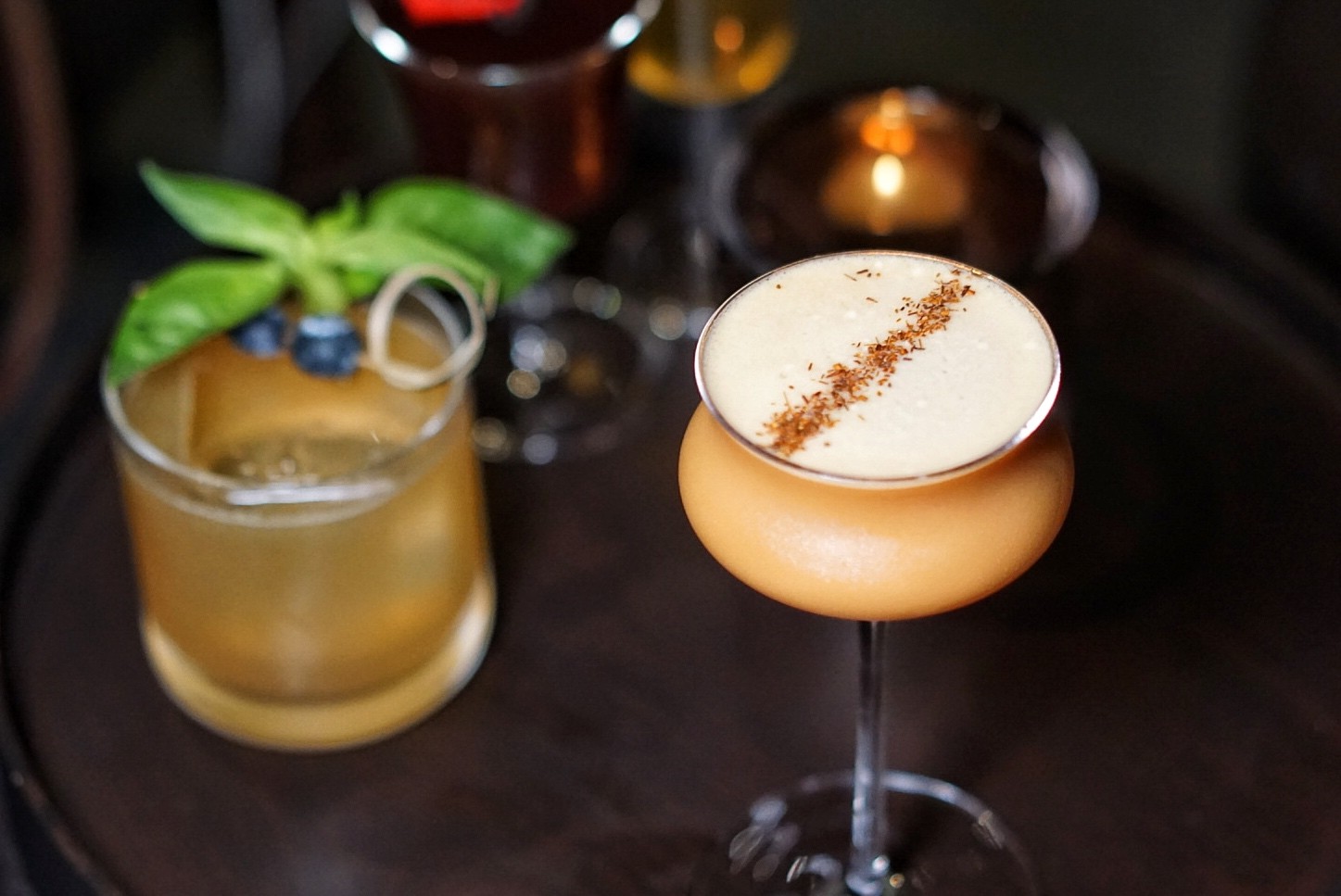 Mark Lloyd (J. Boroski) is a busy man this month as he is working on a rooftop bar concept with Yaduo Hotel (located a block from The Nest on the Bund) that will eventually roll out on all of their units. In his own backyard, J. Boroski just launched the Chamber Tea Room (located inside J. Boroski bar) earlier this month – a space focused solely on tea cocktails. They have re-worked the traditional tea house service to cater to cocktails that will run through the end of spring. 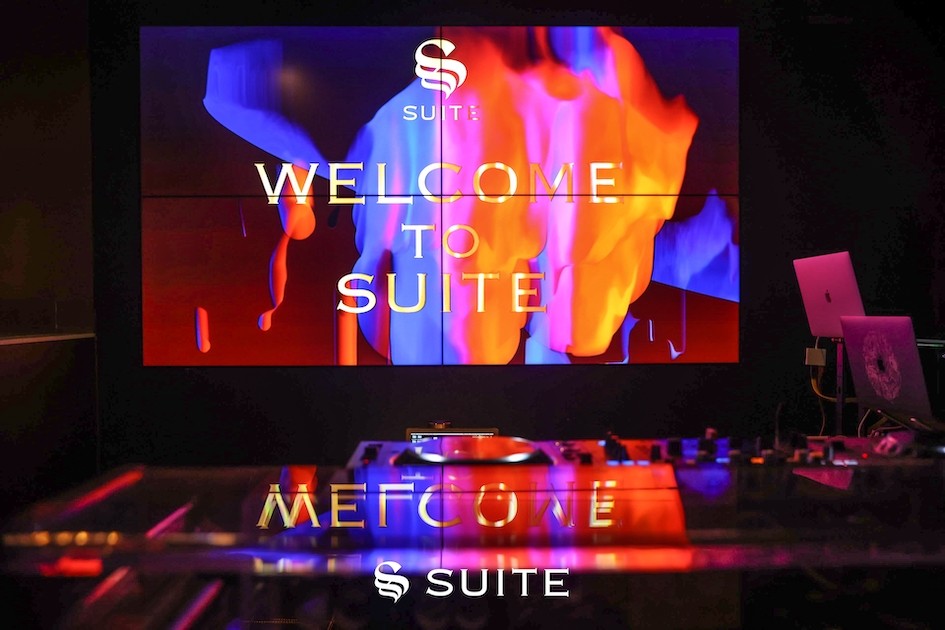 Shanghai’s late-night club scene has been nearly nonexistent, but now, just as Celia is coming back to life, enter La Suite, another after-hours dance party spot in a Rome-esque, exclusive modern space on Shanghai’s newest and busiest expat hub, Wuding Lu and Yanping Lu. Music varies with different themes each night – everything from rap and hip-hop to techno and house. Like KOR, dinner service runs until 10pm featuring… Brazilian sushi. We plan to report back on what that exactly means.

Everything comes in threes, and Potent, another nightlife venue just opened in January in TX Mallon Huaihai Lu. Designed by Quarta & Armando, a studio where music goes hand-in-hand with design as a creative force, this techno club is divided into a Light Room and a Dark Room so that club-goers are immersed in the unbound nature of musical experience. 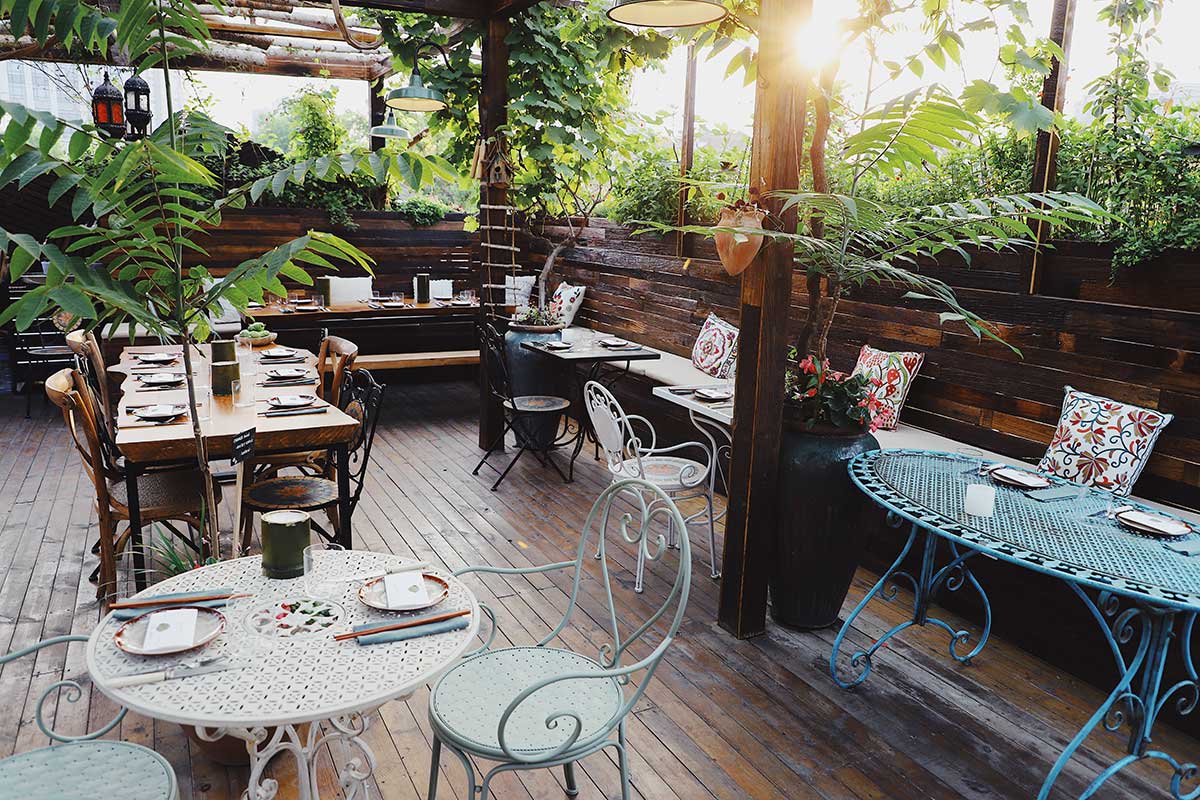 BISOU, a casual French restaurant is opening in Taikang Terrace, soft opening slated for early April. The space will be split into two concepts, BISOU and BISOU ROUGE Cellar, a casual wine bar and cellar, located across from each other. The food menu will be designed by Chef/Partner Rembrant Van Der Laan (previously of La Creperie). On the rooftop within the same building is The Plump Garden, previously the home of Perch by The Nest and much-beloved Botanik, which will reopen for events, pop-ups and private dinners. 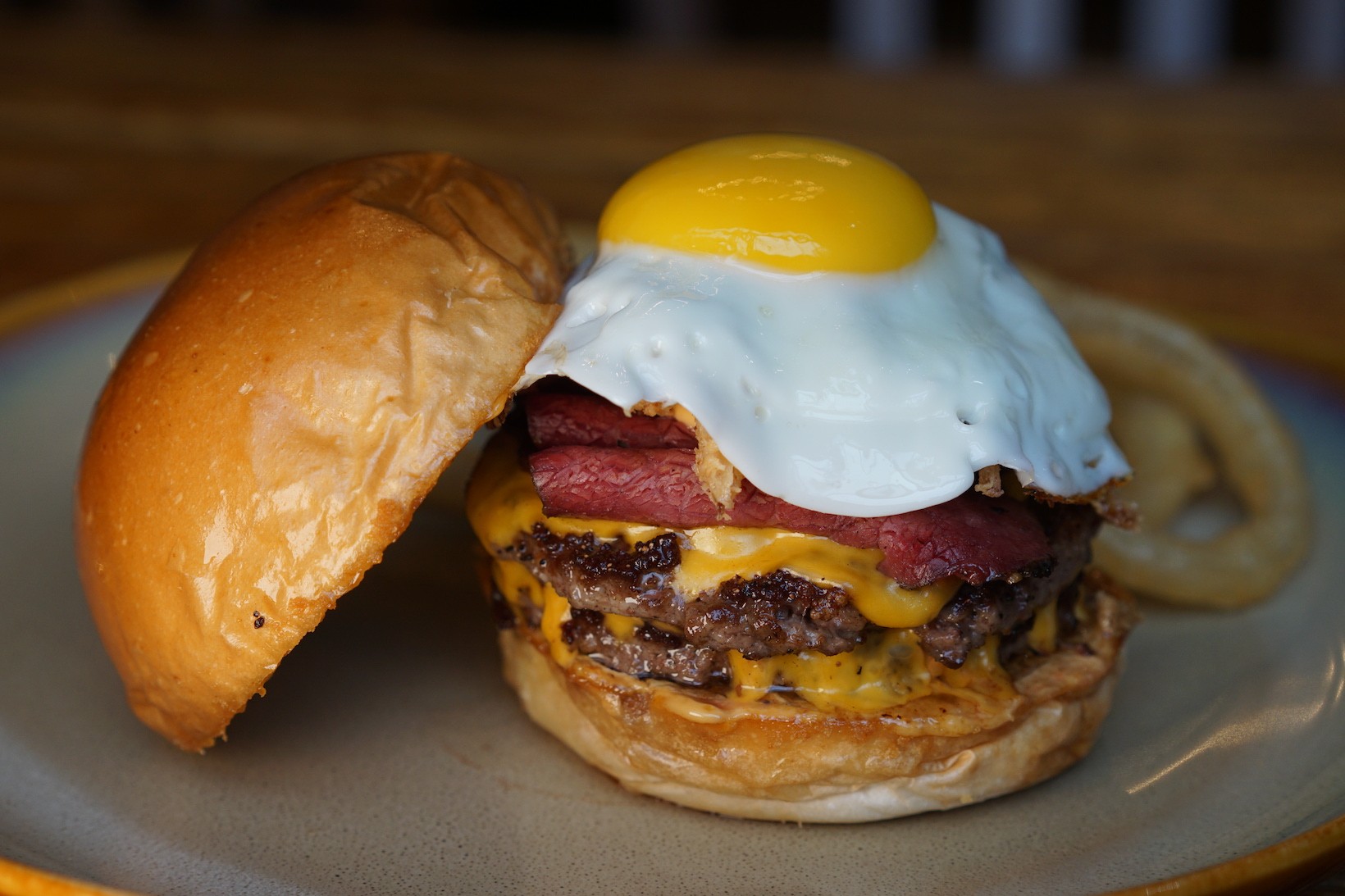 America’s favorite burger brand, Five Guys, is crossing over the pond to make a splash in Shanghai right across from IAPM Mall. These stacked smash burgers have a 35-year history and are loved by everyone from everyday yokals to celebrities like Barak Obama and Shaquille O’Neal. Known for their signature “messiness,” Shake Shake best be ready to watch their back.

Another American calorific brand, The Cheesecake Factory, landed in Shanghai years ago with the opening of Disney, but for those not wanting to make the trek out to Pudong, a second location will be coming to Taikoo Hui in April, just in time to throw that swimsuit season diet out the window.

We also continue to await the official opening of Something, an open and airy space with floor to ceiling windows on Wukang Lu. The longest soft opening we can remember (in a city famous for its interminable soft openings) has seen a menu inspired by its creators' favorite culinary destinations around the world, like Homemade Iberico Spam, Charcoal Tom Yum Goong Tiger Prawns, a Katsu Sandwich and Sesame Sea-Salt Ice Cream and Donuts.

Also located in Wukang Market, Cantonese dim sum spot Mimian Huixin is currently just open on weekends for friends and family, but soft opening will start soon. We look forward to more menu details that will be released soon. 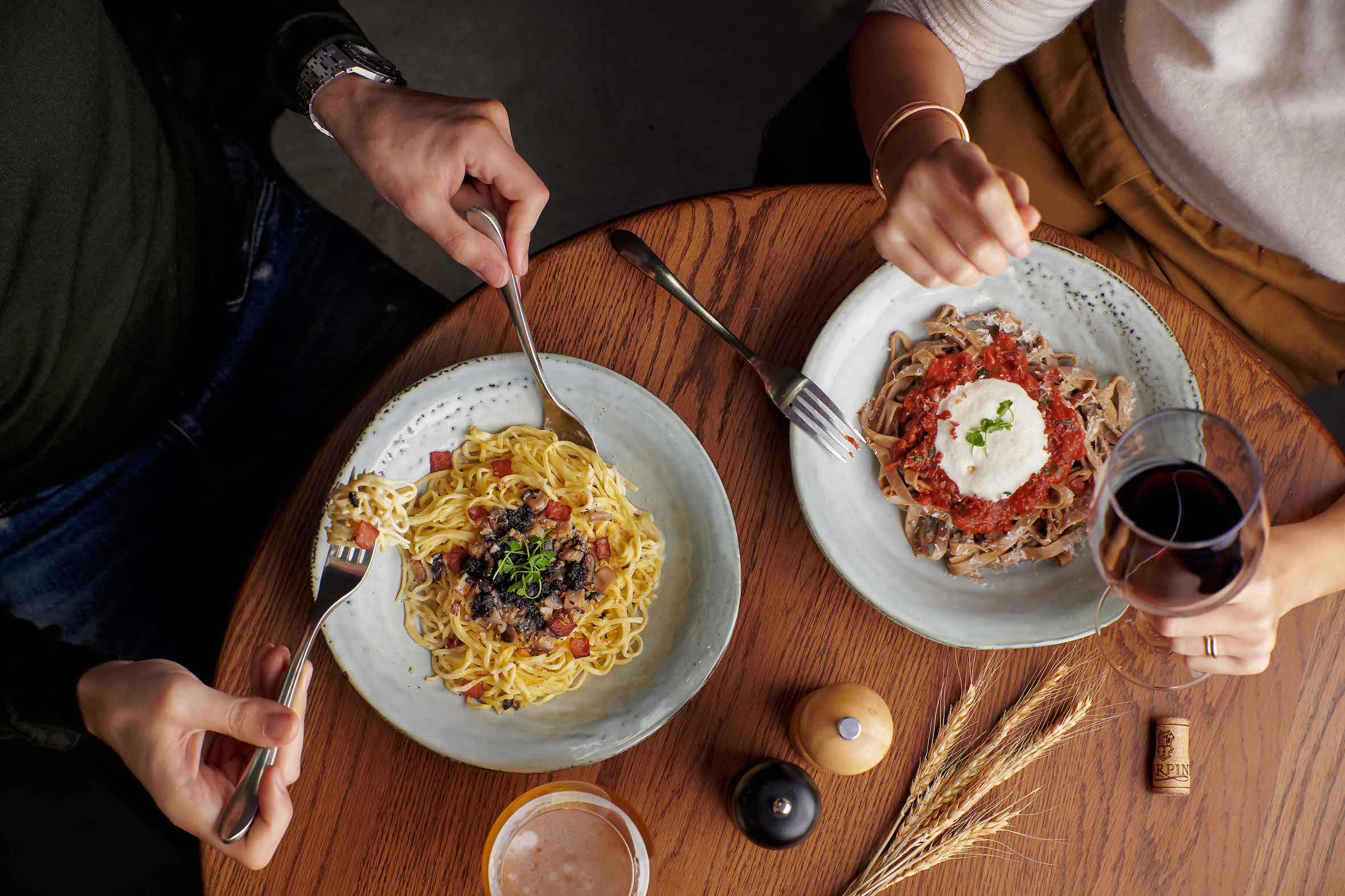 A second outpost of the Italian pasta bar, Moménti is opening in Crystal Plaza - Pudong. Featuring fresh handmade pasta at reasonable prices, Italian roasted coffee and an expansive Italian wine selection, the casual dining space will be similar to the Daxue Lu venue but with some shop design upgrades. The space will be divided into the Cucina, or kitchen area; the Caffè Bar, for coffee, desserts, wine and handcrafted cocktails; and Pastificio, a pasta-making laboratory where pasta is made fresh every day. We are getting our tummies ready for all the lasagna, rigatoni and spaghetti we can handle.

Changle Lu sees the emergence of another wine and cocktail bar in the form of Ray’s. The front of the space is dedicated to wine, with a well-curated list by Ray Shen (Ray Fine Wines), while the back opens up into a creative cocktail bar with bevvies designed by Hannah Kierl (Spirits Box). Other partners include Ilya Khokhlov (Botanical Basket) and Julija Hertelendi (Royal Pastry). Soft opening kicked off the first week of March. 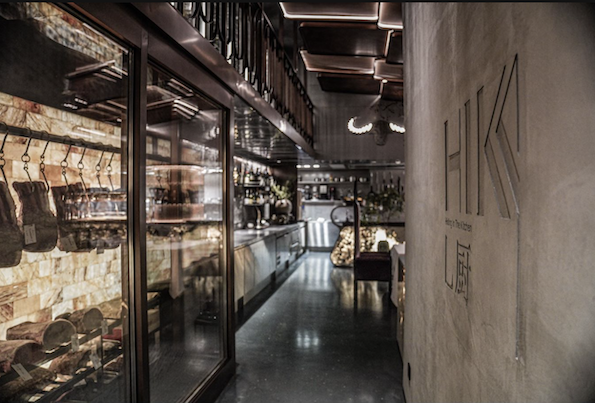 Zhengu Ling of Stone Sal and Meatopia opened a test kitchen of sorts on March 1 called HIK9, which stands for “Hiding In the Kitchen at 9 Donghu Road.” Seating only 18 people a night, Mr. Ling, and his executive chef Benny Chen, will treat guests to a 12-course chef’s table menu that will set you back a cool RMB3,280 + 10% service charge per person.

Over on the North Bund, a wine theme park is under construction, due to be completed by the end of the month, after which it will open to the public in August. If there ever was a beverage that deserved its own theme park, wine would be it.

Further up at IdeaPod the Bund, Bar Nazca – named after a group of 2,000+ year old, mysterious and massive geoglyphs in Peru’s Nazca Desert – is an urban oasis by day and Japanese whiskey bar by night, furthering Shanghai’s latest obsession with all things Japanese F&B.

Papito Pancake opened its second spot on Xingfu Lu in February, catering to a wider radius of pancake-loving fans. 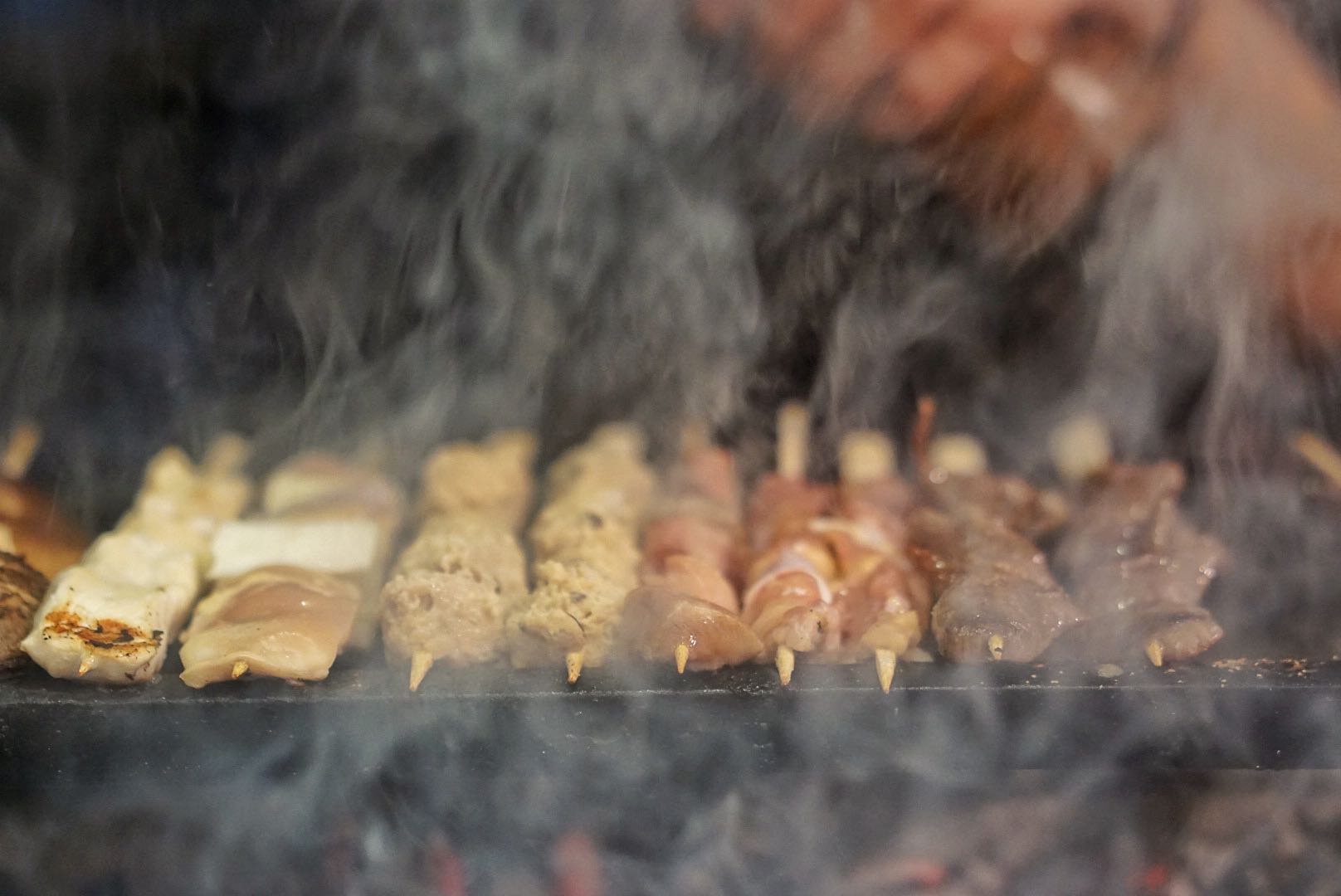 Taka, a high-end Japanese izakaya spot, opened on Yanping Lu in the end of January, further continuing our latest obsession with all things izakaya.

360 Gradi is a new neighborhood Italian Eatery opened by the same owners behind 521/SH. The menu focuses on simple yet delicious Italian food, like hand-tossed pizzas and homemade pastas. March 6 saw their soft opening party with free flow snacks and a live jam session on Yejiazhai Lu. More details on grand opening are soon to come.