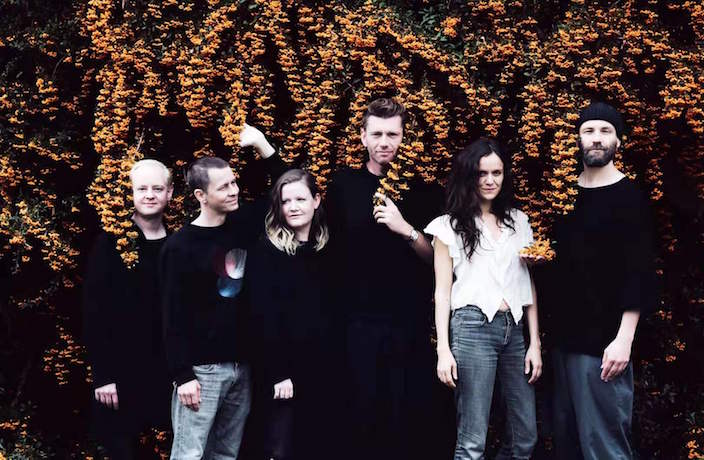 Icelandic electronic group Múm are returning to China this November, hot on the heels of the release of the 20th anniversary edition of their seminal, and highly influential, album Yesterday Was Dramatic – Today Is OK.

Their China tour will include a performance with excellent Chinese post rock band Wang Wen and Blue Foundation at Mao Livehouse in Shanghai for New Noise’s 10th anniversary. We caught up with founding member of the band, Örvar Smárason, to talk more about that debut record’s influence and what the band are looking forward to on their upcoming tour of China.

Your first-ever album was released on December 23, two days before Christmas. Why did you decide on this date?
Maybe one reason was to try and make it the last album of the century. In Iceland December 23 is actually the day before the holidays, so it was really the last chance for us.

That album, Yesterday Was Dramatic – Today Is OK, is 20 years old this year and was reissued in August. Can you talk a bit about your memories of making the record and your thoughts when you look back on it today?
It was actually reissued through our label Morr Music in Berlin and it came out on 3xLP, 2xCD and now even finally on cassette. And, we had tons of new and old bonus material. The Kronos Quartet did their version of one of the songs, and also pianist Hauschka and our good friend Sóley made a version on the accordion.

I have amazing memories of making that album, but I guess they are all very hazy by now. We were just kids back then.

Did you think the album would have the kind of impact or reception that it did when it came out?
No, we were really just happy that we had finally made an album. And for the first years, I don’t think we even realized how influential it was becoming. Now, looking back, I can finally feel what a big impact this one record made on electronic music in the past couple of decades.

You released a live album featuring works that accompanied the 1930 film Menschen am Sonntag. What attracted you to that project?
We did a lot of scoring to old silent films when we were younger and when I was studying film I remember seeing the film a couple of times and immediately thinking that this would be perfect for us to score. There is a specific scene in the film where I remember thinking this. The characters are out on a boat and the sunlight reflects on the water in a special way and it captures a carefree moment perfectly, even though this moment was over 80 years ago. When we started working on the score, we saw that Menschen am Sonntag was exactly what we needed, it has a light atmosphere and a heavy undercurrent and layers upon layers without it ever being dragged down.

How do you see the development of your music in terms of recently being interested in highly experimental projects, such as on Smilewound where you play with drum and bass, classical music, pop music and more, as well as scoring films like Menschen am Sonntag?
I think our music has never developed in one straight line, we usually just go where the music takes us each time and jump between quite easily. We love doing different collaborations, we did a show with the Kronos Quartet a few years ago and also the MDR orchestra in Leipzig.

You mention that parts of Smilewound were recorded in a Baltic farmhouse. Can you talk about some of the strangest and your favorite places to record music? How do you think alternative spaces like a farmhouse add to the charm or depth of a record?
Yeah, both parts of Smilewound and also the album before that were recorded there in Estonia by complete chance. We love recording in beautiful places. We have recorded a lot in different lighthouses in Iceland, old school houses and wherever our fancy takes us. Maybe we can record in China one day.

What are you guys expecting from this tour of China? Anything in particular you are keen to eat, see or do while you are here?
Last time we went it was all about the food and again I think that’s what we are all most looking forward to. I was also in China last year with Team Dreams and again, we were all blown away by the food. So we will try and eat as much as we can.