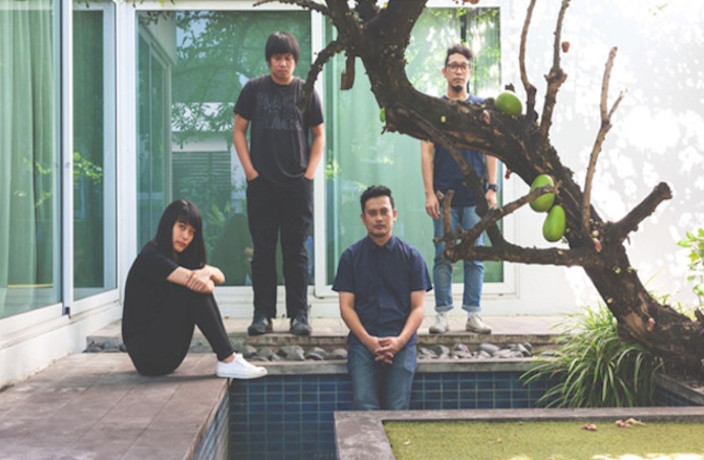 Guitarist Noppanan Panicharoen has been rocking out under the moniker Inspirative since 2006. Initially a solo project, Inspirative became a fully fledged band in 2008 and have since gone on to gain a following around the world for their inspired post rock tracks.

Despite the obvious limitations that rocking out in an EDM and hip hop loving country presents, fearless internet users quickly discovered the charms of Inspirative and their slow-burning, soaring guitar-driven music.

We caught up with Panicharoen ahead of the band’s eight-date tour throughout China.

Can you speak a bit about the process in which you compose your songs? How much does mood and feeling come into it? And is it difficult for the band members to be on the same wavelength as regards to those things?
I mostly compose music based around mood, smell and atmosphere. Sometimes it’s such a specific mood but it can be shared with words to each member of the band. To tune up mood and feeling is not difficult, but to play it out is very difficult. We have to practice a lot for each song.

Do you have any stories that would give outsiders an idea of the Bangkok music scene and how it works?
So, the majority of the music scene in Bangkok is based around hip hop, EDM, idol groups and other pop rock bands. I don’t like to talk about them, but I love the indie scene here in Bangkok, because there are many interesting bands here. If you want to see them live, it’s quite a challenge for tourists. Most of the bands that normally play in pubs and restaurants are playing cover songs. In order to see some indie bands that play their own songs, you have to specifically search for gigs in livehouses or pubs around Bangkok.

You’ve come through China before. How was your experience here the last time you came? Did you have a chance to interact with musicians/bands in China?
Every time I come to China I am impressed. So far, we haven’t had the chance to interact or talk about China’s music scene with other bands. Maybe, the tour schedule is too restricted.

What are you most looking forward to about coming here again?
First priority: we want to see our supporters again. They are really awesome.

Second priority: one day I’d like to have a chance to perform a China tour with full production that would include sounds, lighting, visuals, or string quartet. So, I am thinking about that possibility.

Can you talk a bit about your approach to live music. Do you find that your songs tend to be improvised more on stage?
Most of our songs are pre-designed. So, improvisation is hard to control. By the way, I have a plan to compose songs that provide more opportunity for improvisation on stage.

Post rock is quite nostalgic. It captures a moment or a feeling in time that you can look back on with fondness. What are your thoughts on nostalgia, memories, etc?
It’s just a moment that made you ‘bold.’ For example, it could be a moment that I was riding my bike through the rain, watching my friends play basketball, saying goodbye for the last time to the one you love or waiting for a girl after school.

How does one go about establishing an idea of nostalgia in the listeners’ mind. Are there techniques that are better at transmitting this idea?
The impressive moments in your lives are bold in your memories. When you’re thinking of them, they have colors, smells, moods, etc. I try to express those bold memories into music so that the song will make me remember those feelings. If I'm lucky, the listener will feel the same.

If you were to describe the sound of Inspirative with one sentence, what would it be?
Sitting on the beach and watching the rain.

Roma: You've Been to This Classic Italian Hangout Before

Roma: You've Been to This Classic Italian Hangout Before