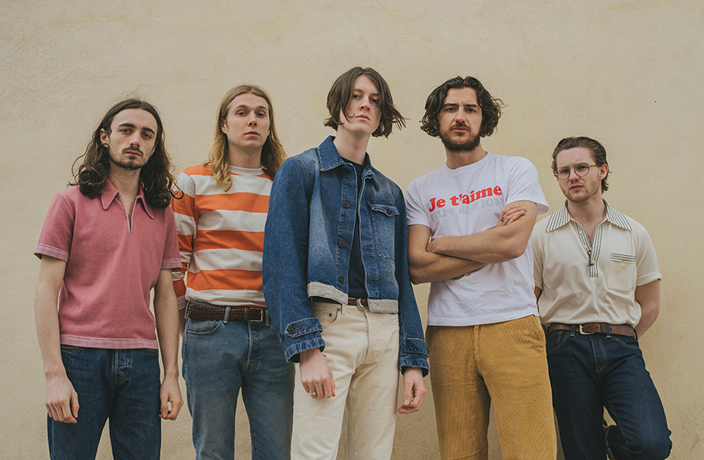 If you like The Killers, The Wombats or '80s rock and pop, Blossoms might be for you.

Glittering synths, triumphant riffs and catchy, sing-along vocals – these are all characteristics of the supreme sounds of ‘80s glam rock and pop. Stockport indie rockers Blossoms pay ode to these very sounds.

With the release of their self-titled debut album, the synth-pop quintet found itself at the top of the UK Albums Chart. The lush record is a sonic emblem of the greatest hits era, notably revolutionized by rock-goes-disco bands like The Killers and Arcade Fire. Euphoric singles like ‘Charlemagne’ and ‘At Most a Kiss’ are glossed with starry, synth-soaked melodies and exuberant vocals, while ‘Blown Rose’ and ‘Honey Sweet’ take a more soft and silvery approach.

“We definitely want to sound modern and current, but our core influences and the music we grew up loving will always find their way into the songs,” says lead vocalist Tom Ogden.

In fact, the UK group got a bit nostalgic recently with a live rendition of Madonna’s ‘La Isla Bonita,’ and Ogden says they wouldn’t be opposed to covering some ABBA hits, if the opportunity to play with a full band setup arose.

Their recent sophomore release Cool Like You followed in the footsteps of the first, chock full of high-powered anthems like ‘How Long Will This Last?’ and ‘There’s A Reason Why (I Never Returned Your Calls)’ – proving that Blossoms has the formula down pat.

"We definitely want to sound modern and current, but our core influences and the music we grew up loving will always find their way into the songs”

They’re all close, despite the tense Twitter feud that took place earlier this year between Ogden and Donovan, which was actually a staged publicity stunt before the release of the new record. And it worked like a charm – both fans and media outlets anxiously began to anticipate a potential breakup, so much so that Blossoms even launched a free helpline for concerned listeners, answered with a prerecorded message by Dewhurst offering words of comfort. In reality, collaborating as longtime friends has never been very challenging for the band.

“It’s always come really naturally to us,” Ogden says. “We trust each other and we have a level of honesty that you would never get from anyone else.” 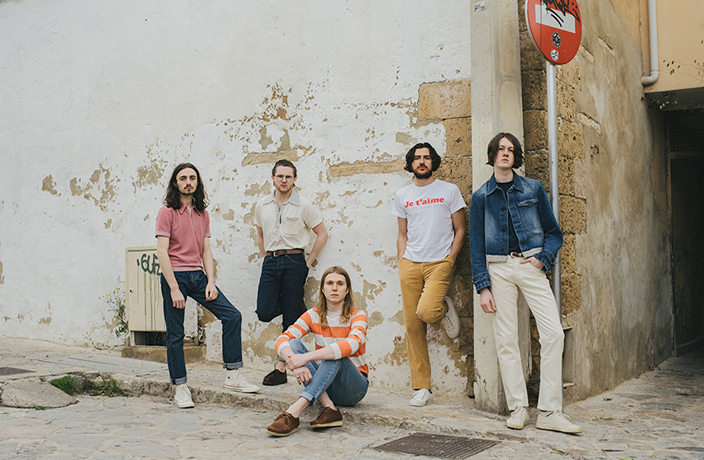 The accomplished musician says his most prized record is (What’s the Story) Morning Glory? by influential ‘90s rock band Oasis, and credits this as the album that forever shaped his songwriting. As fate would have it, this past April, Blossoms found themselves touring Europe with Noel Gallagher, the enigmatic Oasis frontman himself. “His songs are the reason I started writing myself, so to go on a month-long tour, having a drink with him and listening to [those] songs every night – it doesn’t get much better.”

Blossoms make their China debut in Beijing and Shanghai next week. Fans can expect a bold live performance from the group, as the new album is laden with booming tracks. “We knew when we were writing and recording this [new album], we wanted to have more songs that would take the live set up a level,” says Ogden.

“Since we’ve been playing these songs, the pace of the set has gone up and the energy on stage is better than ever.”