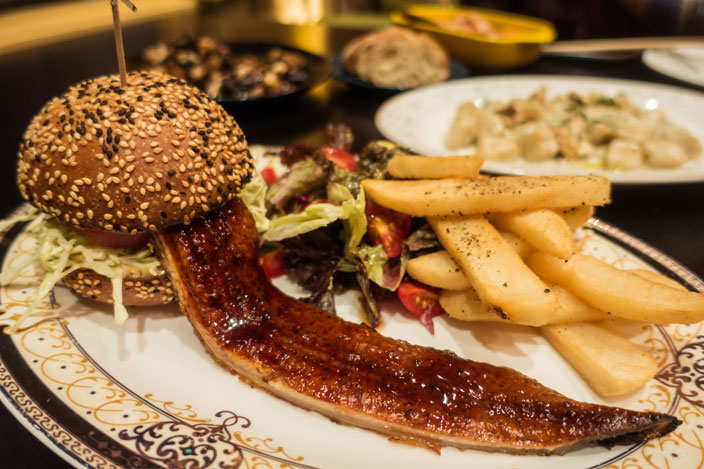 There’s no shortage of Japanese restaurants in Shanghai from uber-expensive omakase to simple ramen and everything in between. Veering from the expected, Hiro-san, erstwhile proprietor of Have a Good Time, has moved on from what has been called the best Japanese curry joint in Shanghai to a hip, Bund-adjacent Japanese-Italian fusion restaurant called Lobby. 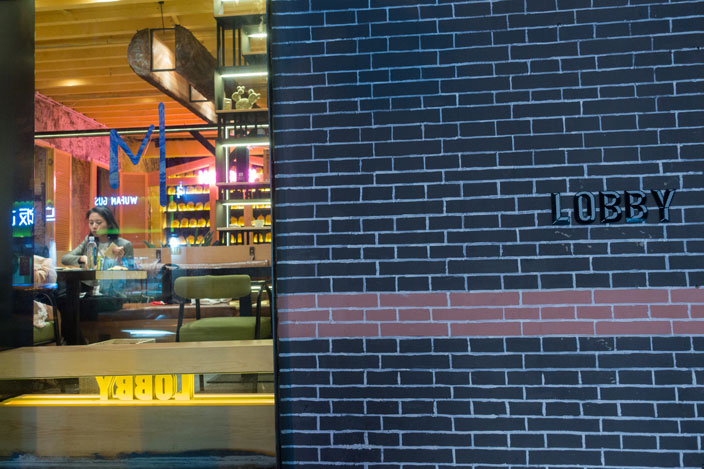 It might seem an unlikely pairing of cuisines, but Italian food or itameshi has been popular in Japan since the 1920s, thanks to the presence of Italian-American soldiers all over the country. As the 20th century progressed, a branch of Japanese food based on Western comfort food, known as yoshoku, was established.

Many dishes on the menu are straightforward. For example, a cold cut platter with prosciutto, mortadella and pate with bread (RMB98/small, RMB188/large) shows zero Japanese influence. The same applies to the saltimbocca (RMB88), porchetta (RMB168) and gnocchi with walnuts and blue cheese (RMB98), which are shockingly better than some at ‘real’ Italian places around town. 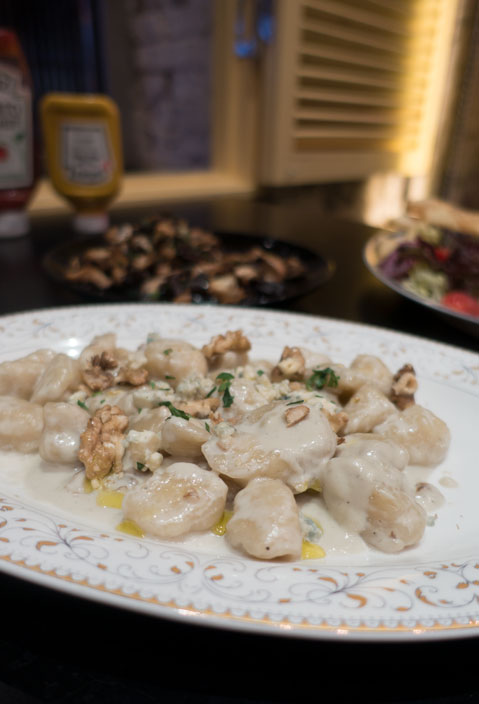 Hiro-san’s signature craziness happens with the Lobby special roast beef bowl (RMB78/regular, RMB98/large), a mountain of thinly sliced and gloriously rare roast beef on rice that was sadly sold out on our visit. Another unique offering is the omurice (omelet and rice) with beef and red wine sauce (RMB88) which is a delicious mash-up of boeuf bourguignon and an omelet in true yoshoku-style.

It’s hard to say what inspired the pickled mixed mushrooms (RMB68). The use of garlic and parsley suggests a rift on Italian marinated ’shrooms while the vinegar makes it taste similar to a Chinese cold dish – a fun nibble, but we can’t have too much of it. 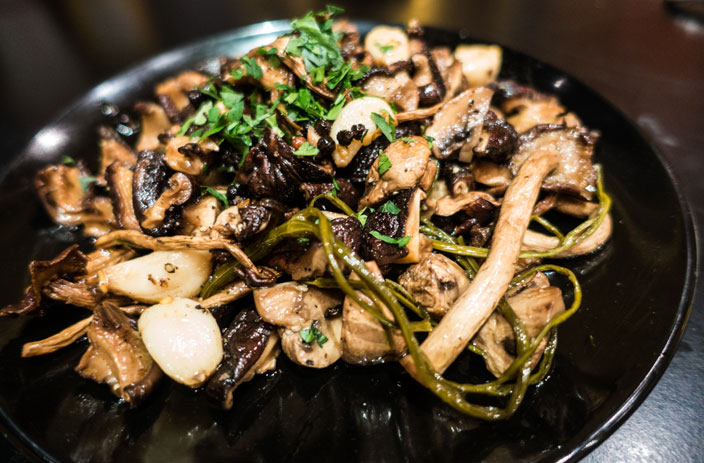 The presentation of the original eel hamburger (RMB118) is highly amusing. A long, thin piece of unagi slathered in a sweet and savory nitsume sauce protrudes from a sesame bun like a wagging tongue. You’ve got to eat it with a fork until it’s short enough to be folded into the bun. Once that’s handled, the eel with a creamy cabbage slaw and tomato slice makes for a fairly enjoyable sandwich.

We had extremely high hopes for the Roma style, tripe stew (RMB68), but if fell short of expectations. The insipid tomato sauce would benefit from longer, slower cooking to thicken it into a texture that clings to the beef stomach’s honeycomb grooves. 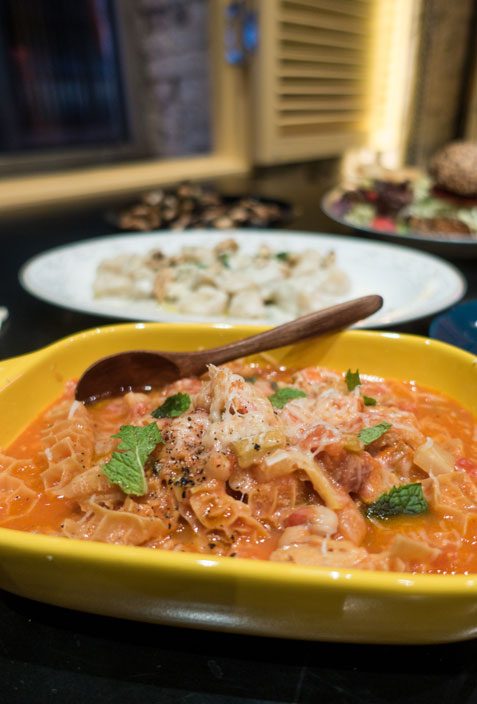 You shouldn’t end the meal without indulging in an order of Instagram-famous, soufflé pancakes (RMB58), a combination of the two components created by folding whipped egg whites into the batter. It’s sweet, fluffy fun. 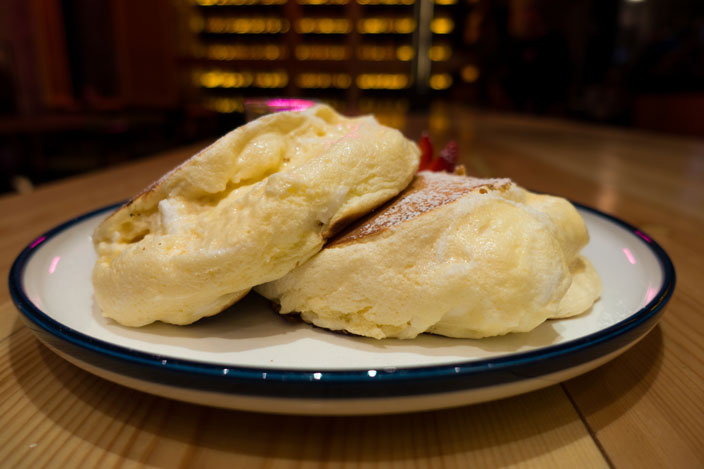 Our only complaint on the service was that the kitchen struggled to get food out quickly. Massive apologies were made, both verbally and with a glass of wine, so we forgave them. Speaking of booze, a selection of Japanese cocktails hover around RMB50.

Overall, we are fans of the adorable kitschy décor and the offbeat playlist filled with emo pop that feels strangely good. It is convenient for a meal before partying along the Bund, although the friendly atmosphere and cheap drinks might suck you in for the long haul.