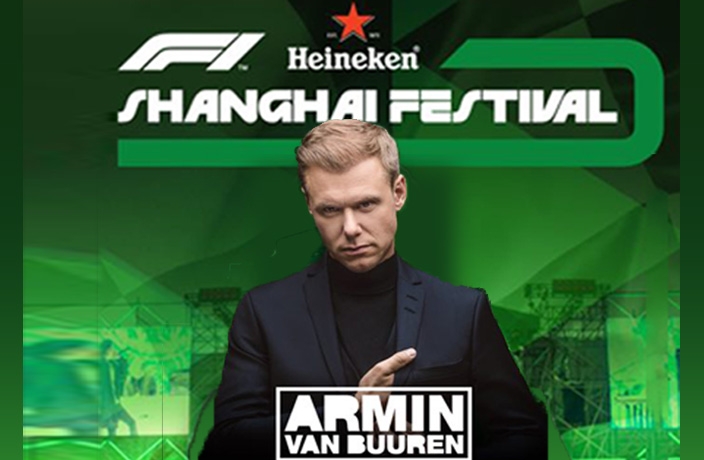 The city’s biggest racing festival is back. This year’s F1 Chinese Grand Prix will be held at the Shanghai International Circuit this weekend (Apr 13-15). Head on down to watch some of the world’s best racers compete at insanely fast speeds all in the hope of reigning victorious in the 2018 Formula One World Championship.

But if that’s not enough excitement for you, then head over to Heineken’s epic three-day festival. 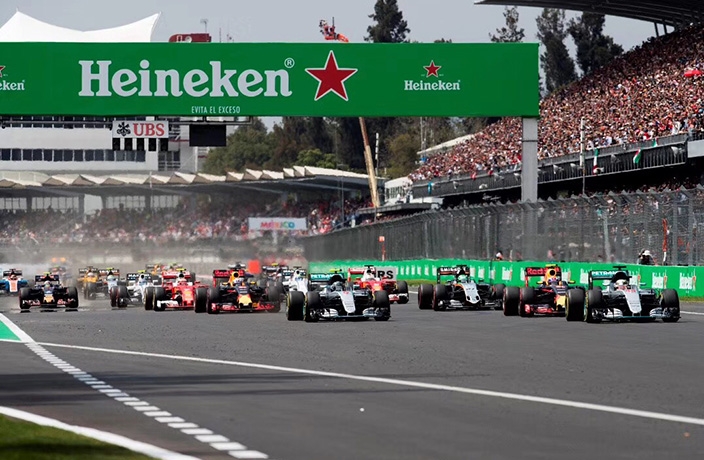 Heineken and F1 are joining forces for this weekend’s racing festivities. Heineken will be invading Kerry Center where they’ll be hosting their very own Heineken F1 Shanghai Festival. Expect non-stop entertainment all weekend long.

From Friday until Sunday, there will be all sorts of events going on at the Heineken F1 Shanghai Fest. Expect plenty of shows and F1-related interactions. There will also be performances from the likes of Dutch DJ Armin van Buuren, pop singer Angela Zhang and so many more. 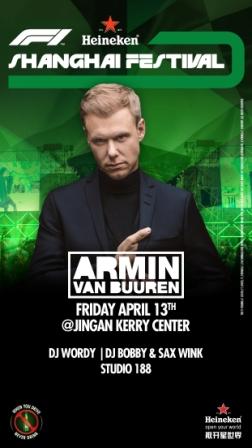 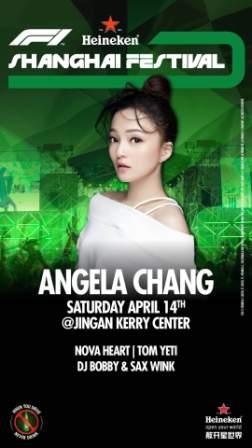 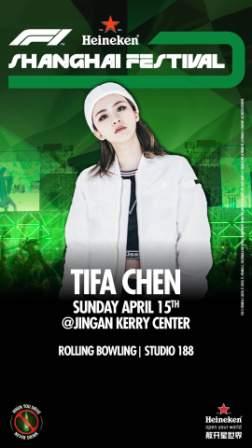 So whether you’re a fan of F1 or just a fan of drinking copious amounts of Heineken, this festival is for you. 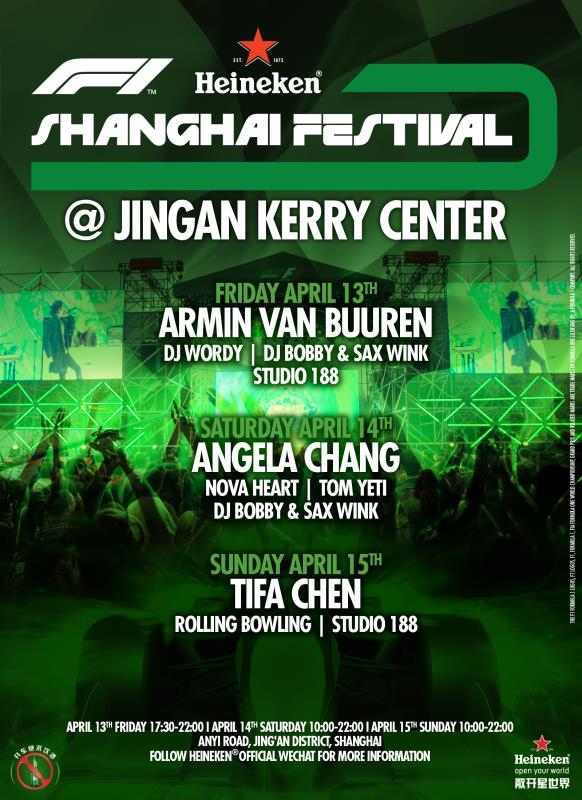