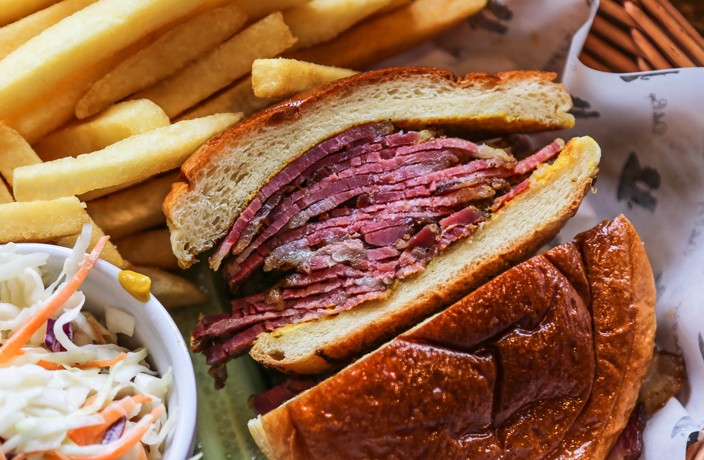 A brethren of artisanal food producers from Kate & Kimi have come together to form Deli Boys, the online grocery delivery store’s first brick and mortar restaurant. The Deli Boys themselves are two presumably fictional characters (perhaps relatives of the elusive Kate and Kimi?) who appear in Victorian garb on the restaurant’s eye-catching logo, united by an aim to bring ‘the best of American-style deli food’ via sandwiches, all-day breakfasts and other homey dishes.

Anyone who’s perused the Kate & Kimi site will know that elaborate backstories and bombastic language are nothing new to the expat-focused enterprise, and reading the Deli Boys’ menu is like having Kate & Kimi’s colorful founder Richard ‘Farmer Richie’ Gelber shout directly into your ear.

“Our cheeses are unique, our Sauces exceptional, we are a DELI – which means we GOT THE MEAT,” reads one liberally all-caps-ed line. “No, we Don’t do omelets, no we don’t do Sunny Side Up – there are NO special requests,” in case you were wondering how the egg plate comes.

Much like the products and services on Kate & Kimi, hilariously bizarre ramblings on Deli Boys’ menu belies its quality. Their ‘classic Montreal’ smoked beef brisket (RMB73/88) is very, very good; its soft and buttery challah bread a judicious pairing, the accompanying zesty pickle crunchy and delicious. Our advice is to opt for the larger size, and a medium fatty cut of meat. 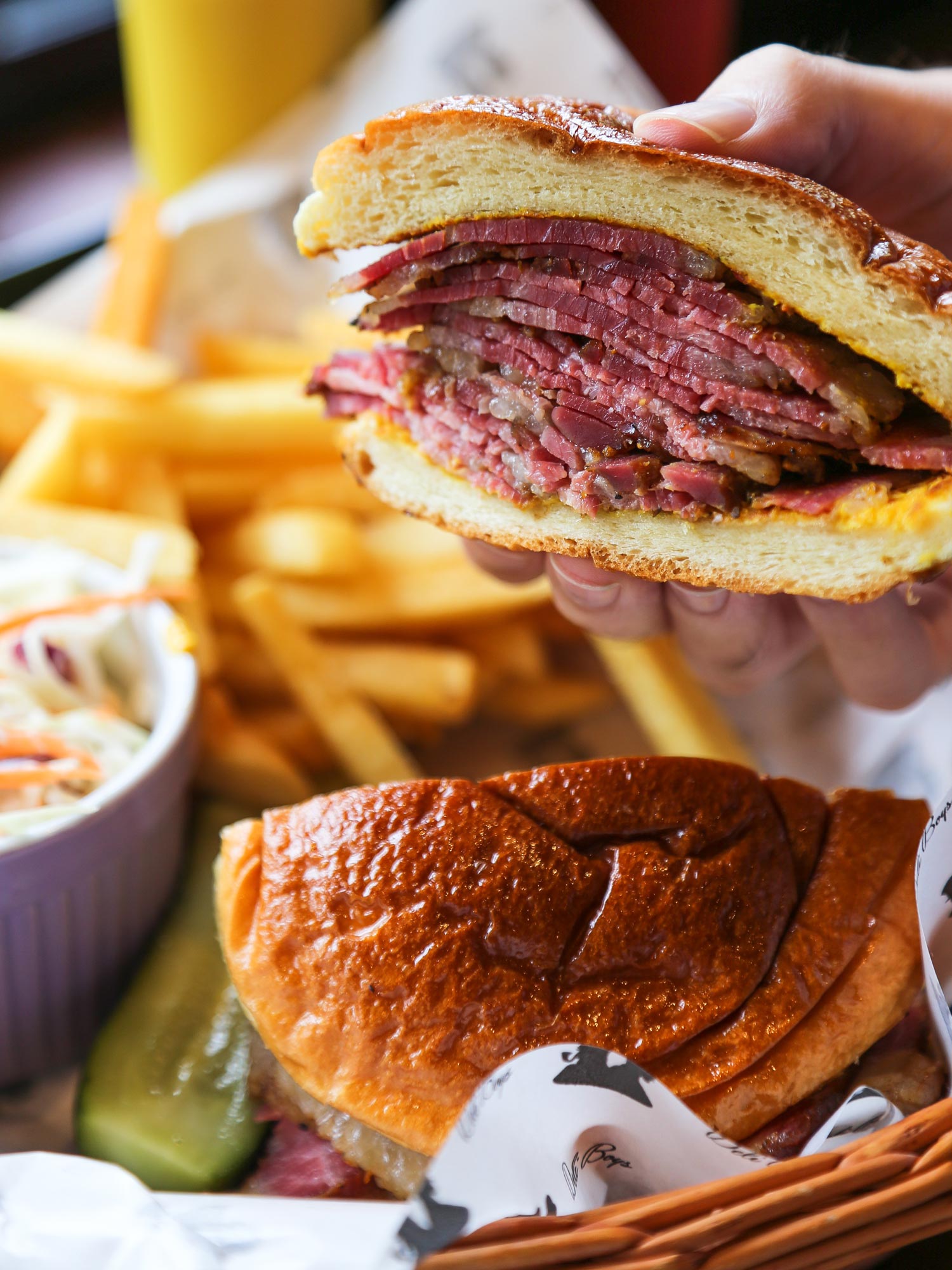 Homemade Jewish-style salmon lox on a Montreal-style bagel (RMB68) will also tug on the heartstrings of any homesick Canadians. The salmon itself is a generous serving, and combined with a suitably pungent scallion cream cheese and ‘microgreens’ – homegrown, as the menu makes pains to point out. 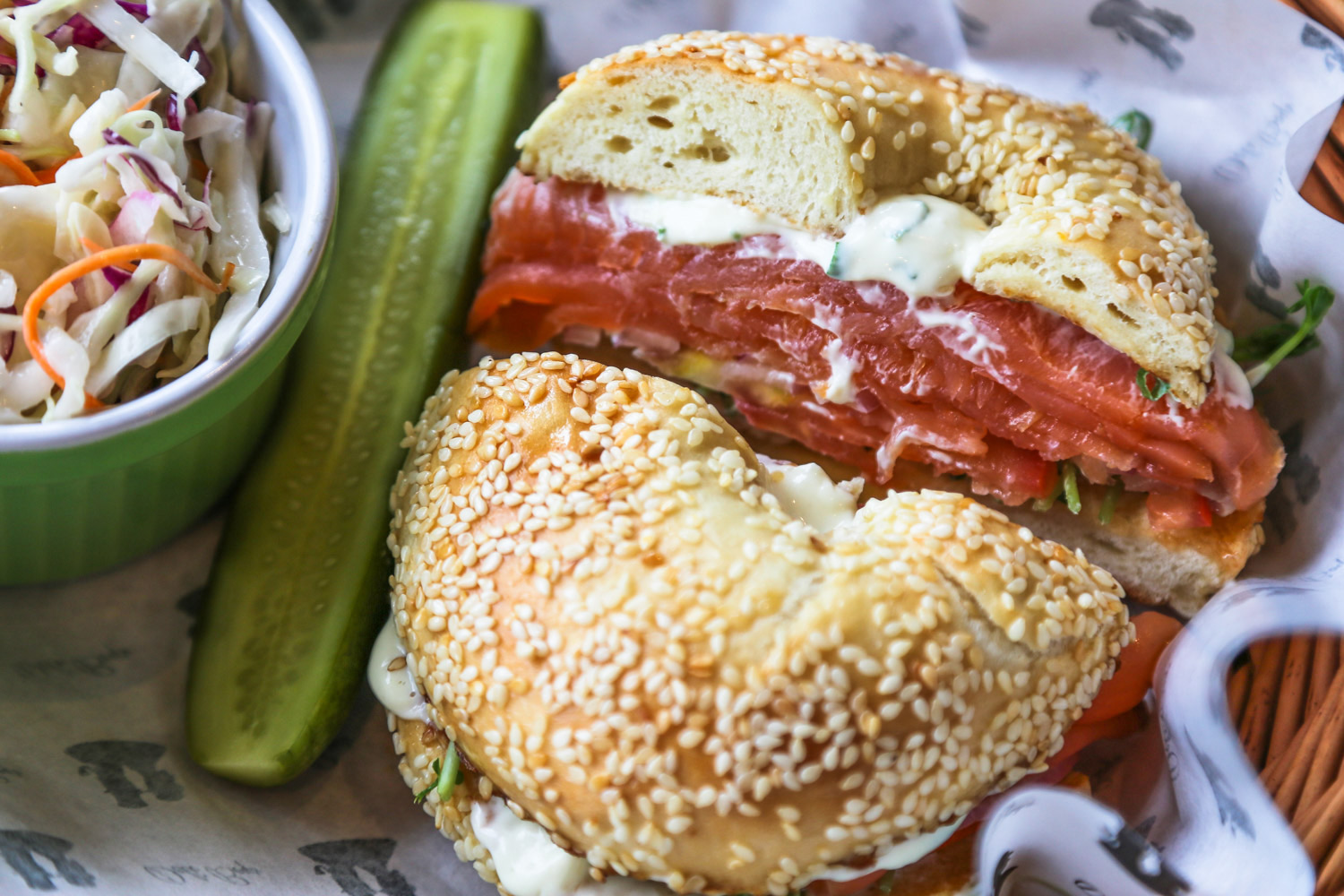 The Deli Boys also do a good, if not traditional, job of the ‘Philadelphia’ cheese & steak (RMB68), which gets fancy rib-eye sliced beef along with its fried onions, mushrooms, cheese and ‘secret’ sauce. Our friends hailing from the City of Brotherly Love tell us that under no circumstances should a cheesesteak have sauce on it, but hey, this tasted pretty good so we’ll defer judgment to them on that one. 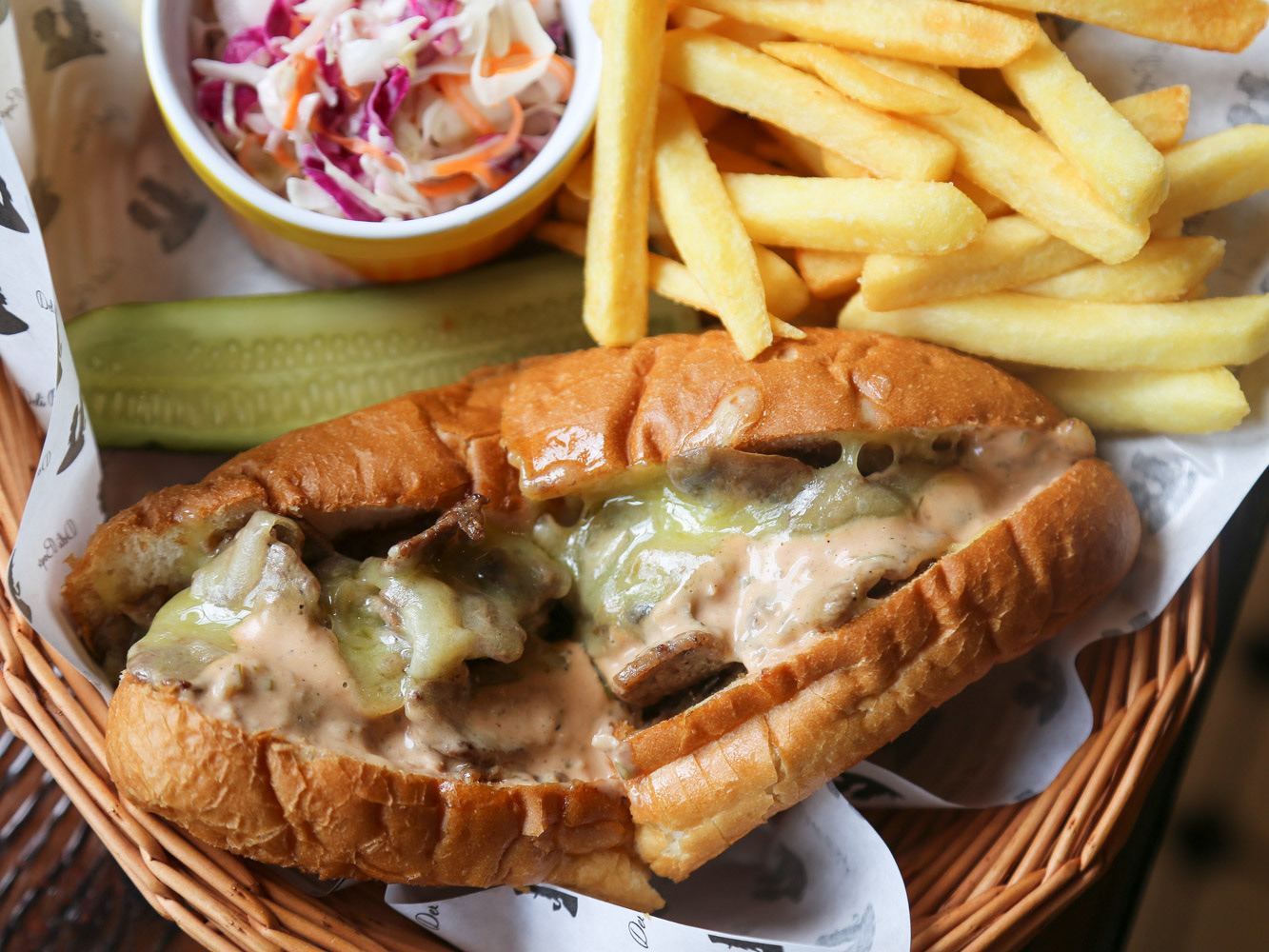 Lesser but still solid is the chicken Parmigiana (RMB118). 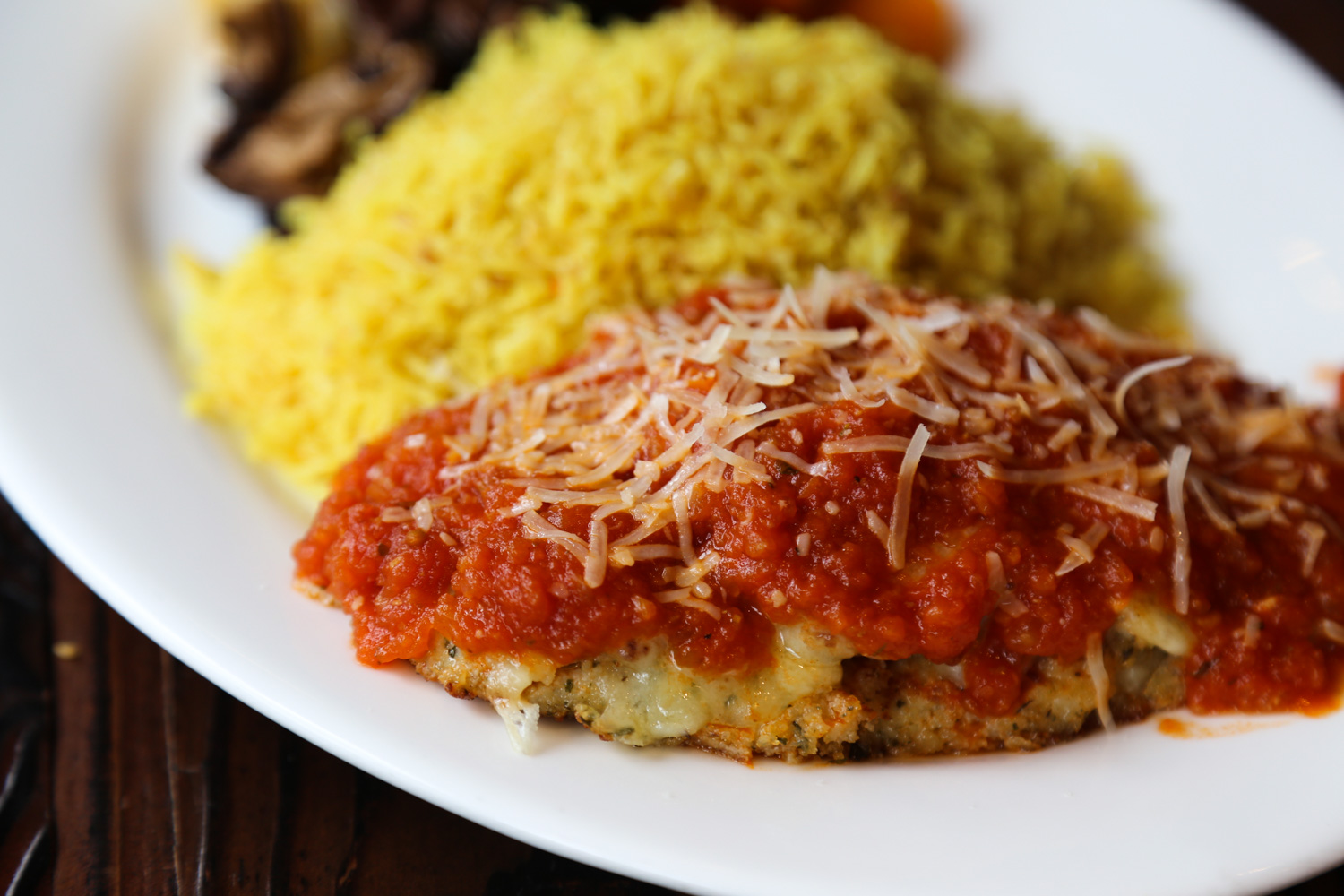 For us, a classic Parmigiana comes with mozzarella, and we were a bit disappointed that theirs only had a meager shaving of hard cheese. While it also came with a gargantuan pile of rice, roasted peppers and mushrooms, it’s hard to discern why it’s so much more expensive than the obviously superior deli sandwiches, or, for example, the seafood-packed marinara pasta (RMB68). 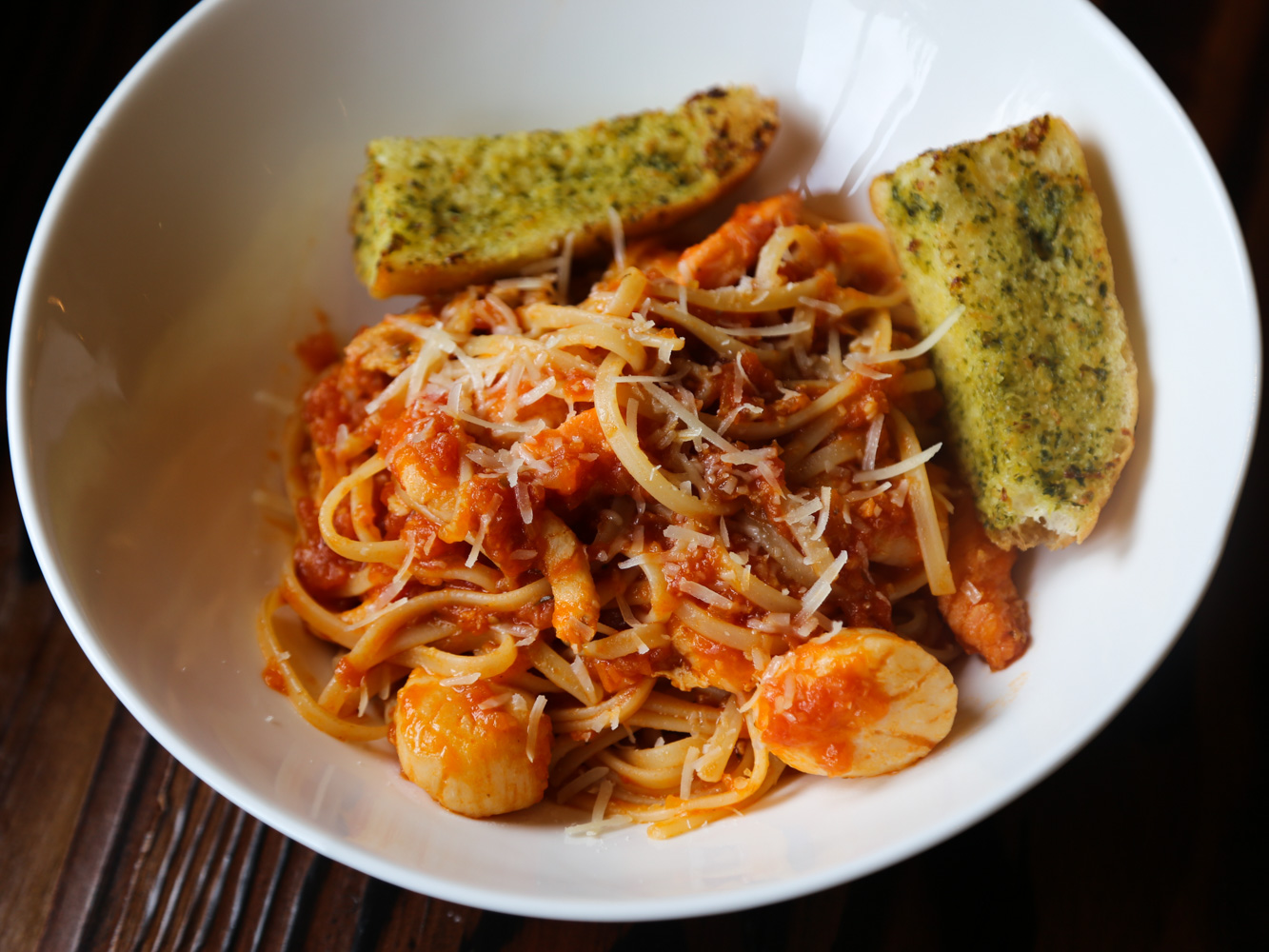 With a quaint steampunk décor to match its Victorian mascots, sitting inside Deli Boys feels a bit like dining at a train station restaurant sometime in the 19th century. To their credit, they’ve done a pretty nice job committing to the theme and it’s clean, tidy and comfortable. 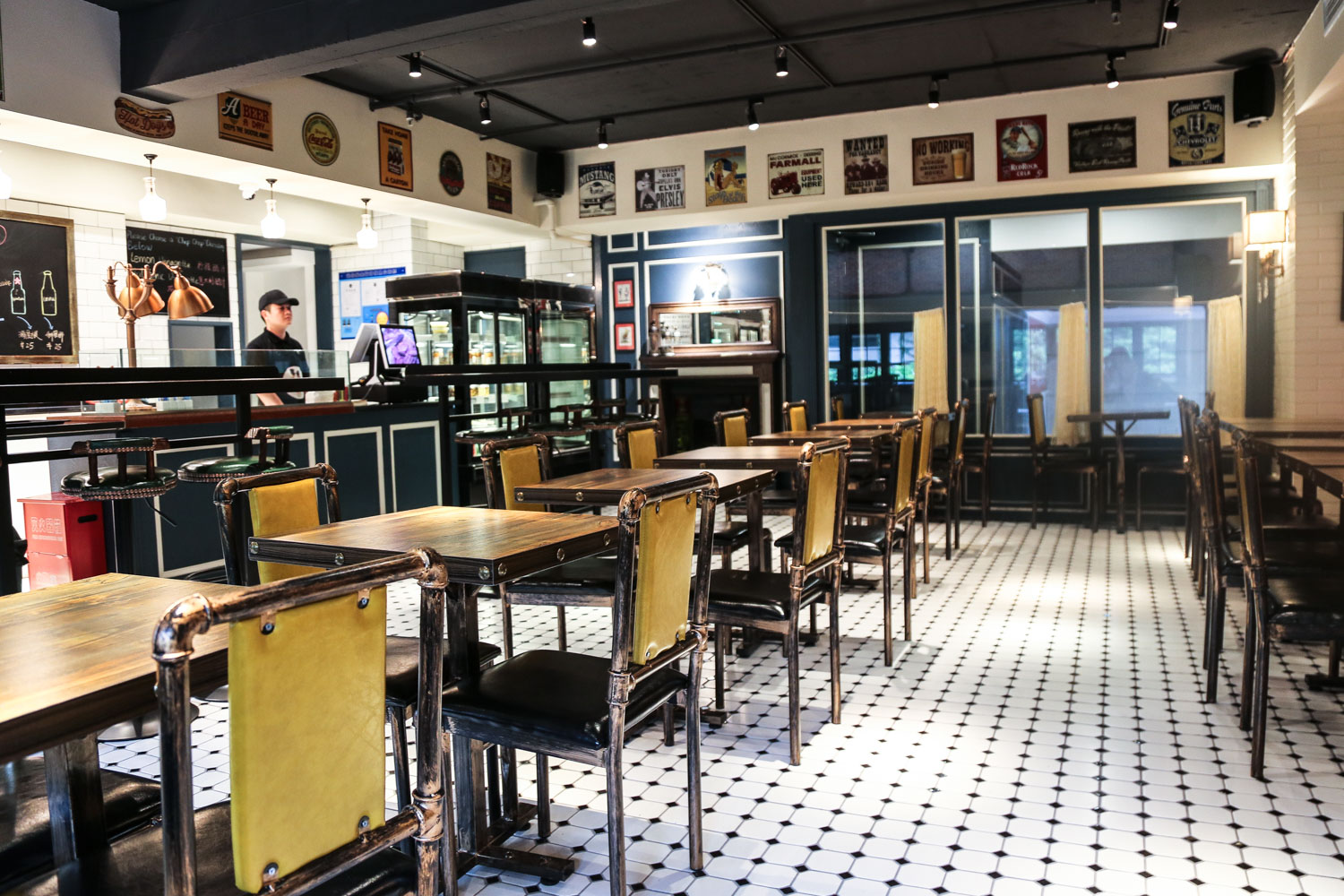 The service also goes above and beyond the Shanghai average, offering unprompted glasses of drinking water, napkins and other uncommon pleasantries such as smiling. Overall, Deli Boys is a good quality addition to the neighborhood with lots of selection, and probably best suited to dining with all the family. Vibe Verdict: 2/2

See a listing for Deli Boys