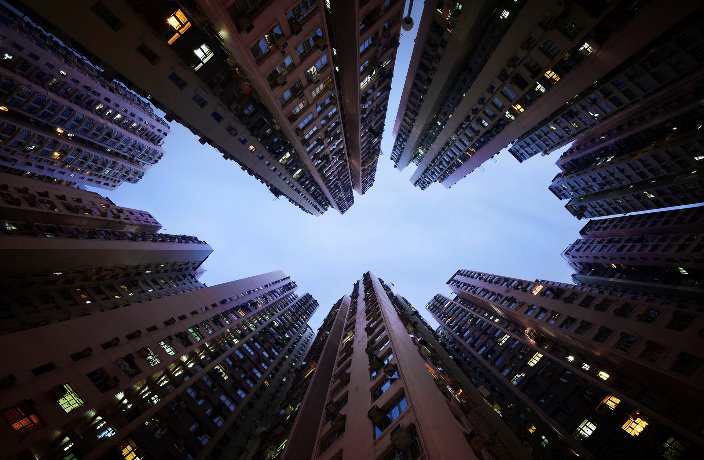 Located within the ‘humid subtropical’ zone, Hong Kong’s summers are perfectly defined by its climate classification – long, hot and sticky, with frequent appearances by thunderstorms, showers and typhoons.

Exacerbating its heat level is the way that the city was planned and developed over the last century. Multiple skyscrapers shoot off into the sky across its central areas – mainly along the iconic coastline of Victoria Harbour on Hong Kong Island and in Kowloon, as well as in pockets of the New Territories unaffected by its hilly and mountainous terrain. When strolling down the streets of Central, Wanchai or Tsim Sha Tsui on a midsummer day, these high-rises can be your worst enemies, as they trap the heat and suffocate those who are squeezing through its narrow, crowded streets. 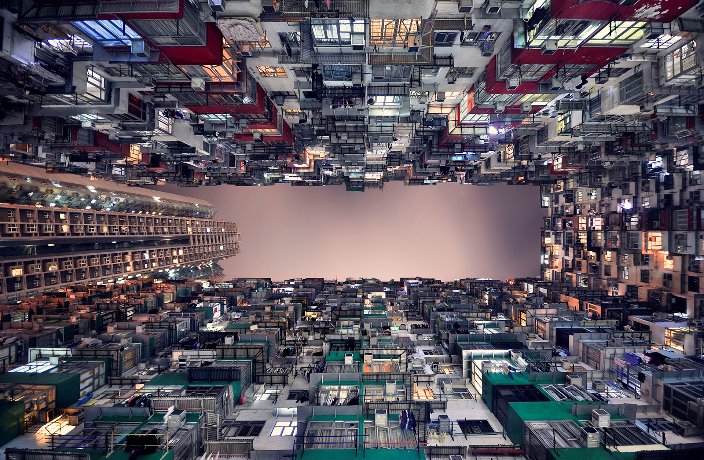 Vertical Horizon 44: New versus old on the east side of Hong Kong Island.

For Romain Jacquet-Lagreze, however, Hong Kong’s notorious ‘walled buildings’
(屏风楼) are a source of artistic inspiration for his photography career. A former web designer from France, Jacquet-Lagreze met his Hong Kong-born wife and moved to her hometown in 2009. Shortly afterwards, he purchased his first camera, and photography has been his full-time profession ever since.

Between 2011 and 2016, Jacquet-Lagreze created ‘Vertical Horizon,’ a photo series that vividly captures Hong Kong’s uniquely vertical visual character. “In some areas of Hong Kong, like Quarry Bay, you have a high density of buildings from different eras and with different architectural styles, such as 60-year-old walk-ups and skyscrapers with glass and metallic exteriors, standing next to one another” he explains. “This mixture, and just the sheer density of it all, make the city very unique.” 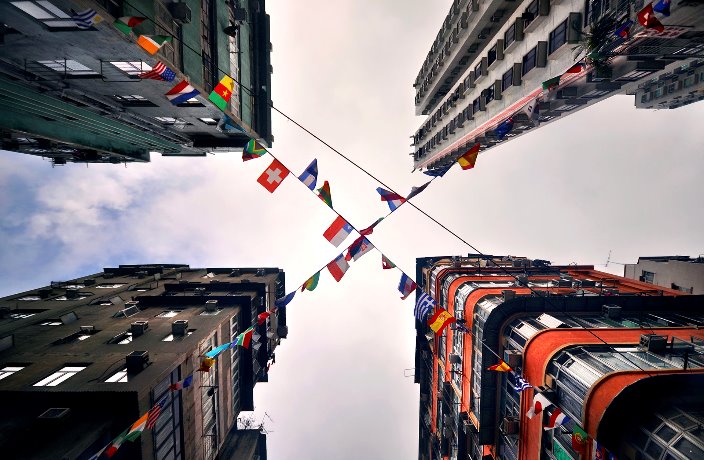 West Kowloon, an area where some of Hong Kong’s oldest buildings remain unharmed by the city’s aggressive urban redevelopment plans (for now, anyway), has been Jacquet-Lagreze’s home for the past eight years. The first photo of ‘Vertical Horizon’ was also taken here in the district of Sham Shui Po, where the photographer first noticed the interesting ways that a worm’s-eye-view shot could illustrate the contrast between the new and old architectural styles. For the next five years, he actively scoured the city for interesting spots to take these ‘look up’ shots, and has accumulated a total of 110 photos with the same angle.

During this process, Jacquet-Lagreze also had the opportunity to explore and understand his adopted home on a deeper level. He says, “When I was shooting ‘Vertical Horizon,’ I learned a lot about the way Hong Kong was developed. You can understand the history of a district based on its architecture and the people who live there.”

Besides capturing the interesting lines and contours of skyscrapers in Central or Wanchai, and the older, small residential walk-ups in his own neighborhood, Jacquet-Lagreze notes that the shots taken in colorful, modern public housing projects in the suburbs of Hong Kong also highlight a different side of the city that people from elsewhere don’t often get to see. He says, “‘Vertical Horizon 16,’ for instance, was taken in the ground floor atrium of [one such building]. The golden squares of each floor and the emptiness of the shot make it look almost like some sort of abstract and futuristic tunnel. It takes a moment for people to realize it’s a building where thousands of people live.” 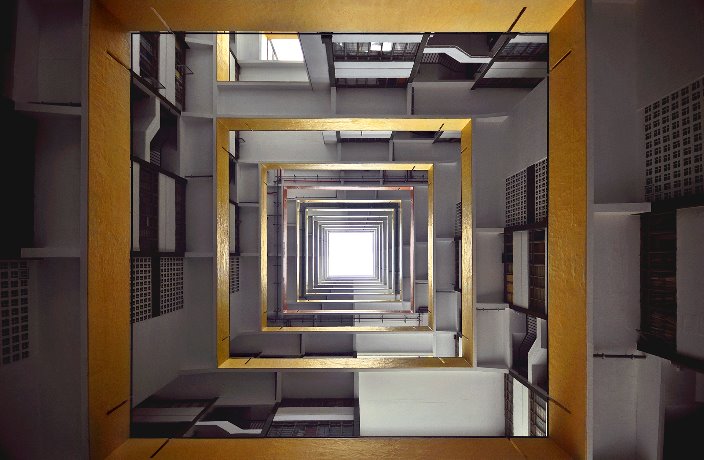 Vertical Horizon 16: A residential building transforming into an abstract tunnel.

Though it was the uniqueness of Hong Kong’s verticality that inspired ‘Vertical Horizon,’ Jacquet-Lagreze believes that the series can potentially be replicated in other cities with a similar environment, like Chongqing. “The topography of Chongqing is quite similar to Hong Kong; there are lots of hills surrounding the city center, where a high concentration of modern high-rises are located,” he tells us.

In a recent exhibition titled ‘Hong Kong Upside Down,’ worm’s-eye-view shots from ‘Vertical Horizon’ were juxtaposed against Hong Kong photographer Tugo Cheng’s bird’s-eye-view shots of the city taken with a drone to showcase Hong Kong’s cityscape in two opposing angles. “What’s special about [Tugo’s] drone photos is that they feature different aspects of the city – graveyards, shipyards, factories – and not just skyscrapers. Many other drone photographers have a tendency to repeat the same shots and angles over and over again,” says Jacquet-Lagreze about the popularity of drones. 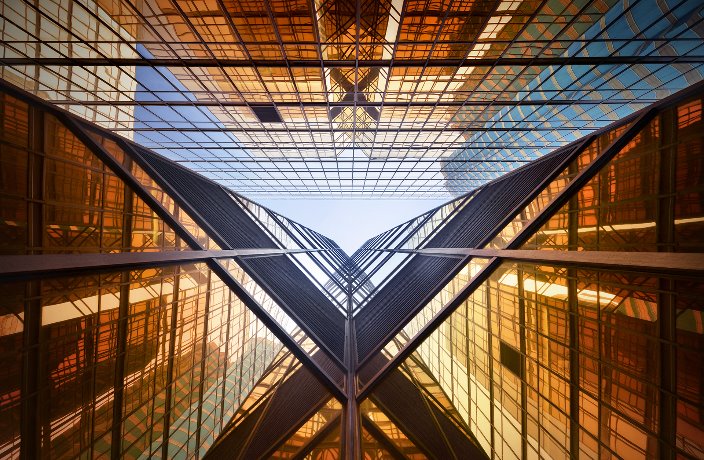 Over the last few years, the architecture of the city has also been the focus of several of his other photo series, such as ‘The Blue Moment’ and ‘Wild Concrete.’ “Buildings are definitely my favorite things to shoot,” says Jacquet-Lagreze. “What I like to show with these photos is the contrast between the city and elements of nature, like bodies of water and forests; that’s quite fascinating for me and there’s plenty of that in Hong Kong.”

All photos courtesy of Romain Jacquet-Lagreze. To see more of his work, visit www.romainjl.com