That's Shanghai's biggest party of the year took place on August 13 – our annual Food and Drink Awards. This year, the bash was kindly hosted by M1NT. Votes were counted for your favorite F&B venues over the course of a month and we came together to celebrate the best of the best in Shanghai. Here are the winners from the biggest categories...

Restaurant of the Year 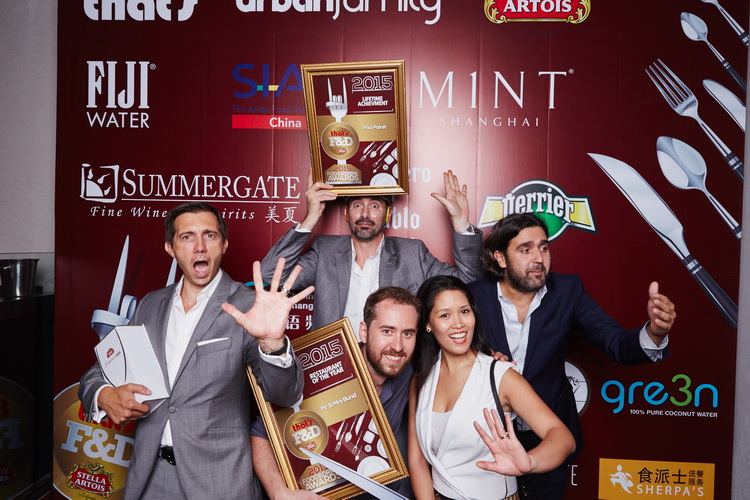 This veteran French restaurant on the Bund has been setting the benchmark for fine dining with a twist for years now. Thanks to revamped interiors, a new brunch menu and regular bingo nights, Shanghai’s foodie Francophiles just can’t get enough of the city’s favorite Mr & Mrs.

Bar of the Year 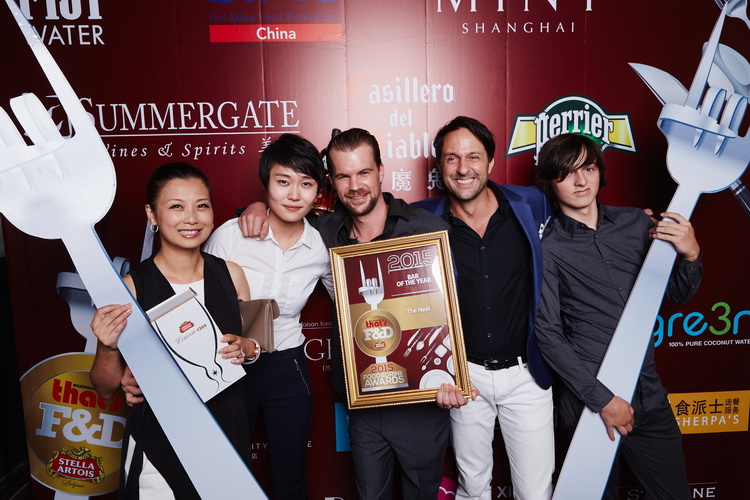 Just one year on the Shanghai scene and this chic cocktail lounge, bar and kitchen is already ruling the roost. That ridiculously popular RMB98 per dozen oyster deal every Monday probably helps seal the deal too. 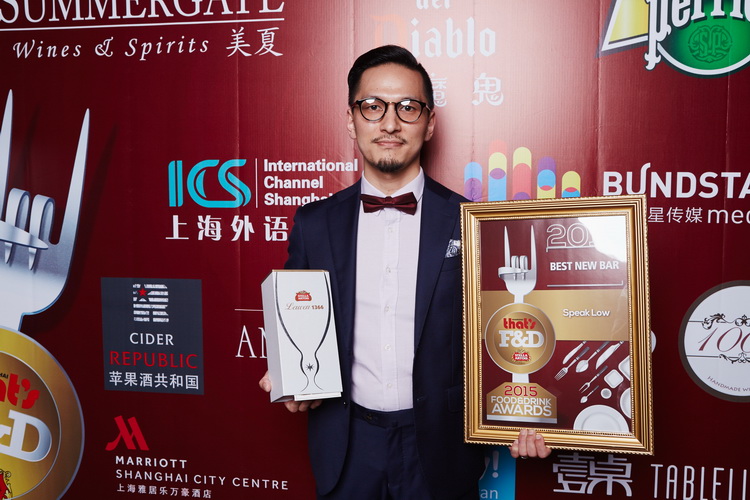 Sparking quite the trend for speakeasy bars around the city, cocktail fiends of Shanghai have been doing anything but speak low of this trendy spot, whose entrance is hidden behind a most unassuming bookshelf in, quite fittingly, a mixology accessory shop. 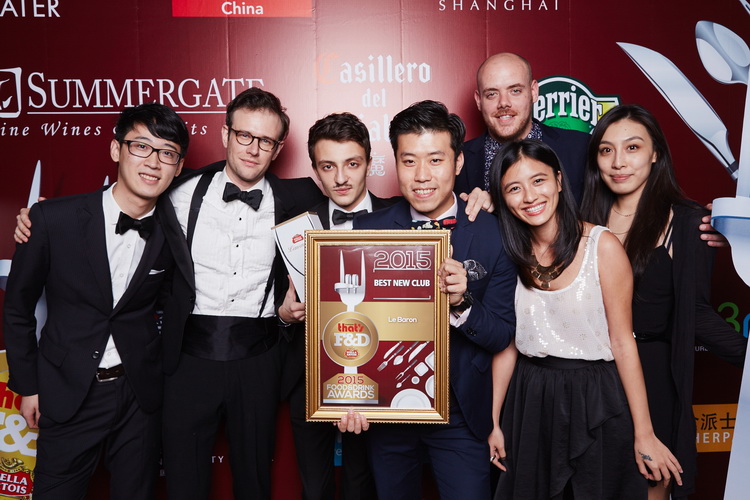 Having burst onto the Shanghai party scene with a bang, Le Baron’s been lording it over the city’s party people with their non-stop vintage beats, cool cocktails and notoriously tricky-to-get-onto guestlist.

Club of the Year 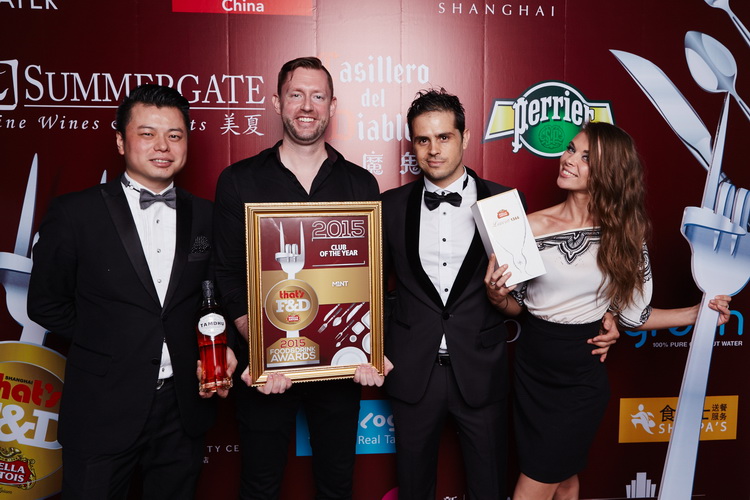 Club of the year? More like club of the decade. M1NT shows us how to stay at the top of the club game, fending off competition from younger rivals for another year in a row, and that ain’t no easy feat in a city like Shanghai.

The Bull and Claw 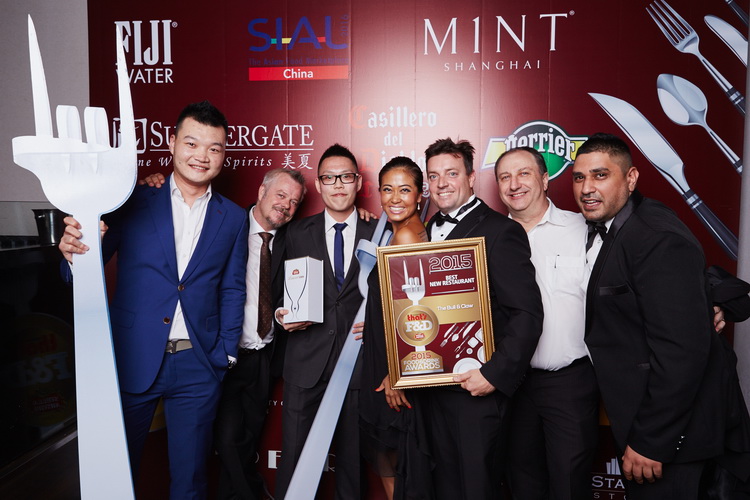 Doing exactly what it says on the tin, this easy-going gastropub in northern Jing’an has been keeping us well fed with a roster of lobsters, steak and burgers. Keep ‘em coming, boys 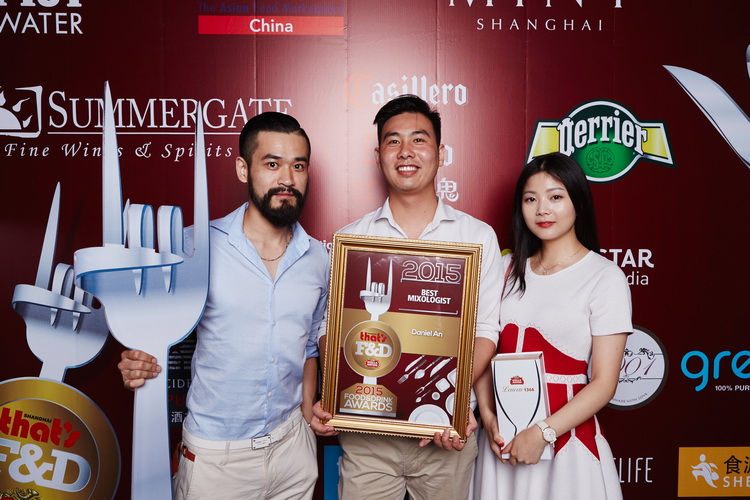 He might have the face of an angel, but this guy’s an old hand when it comes to cocktails. Having mixed up drinks for the likes of Starling and 8 ½ Otto e Mezzo Bombana, An’s now flying solo with his own booze temple Taste Buds Cocktail Palace on Wukang Lu, which already has a reputation for being the kookiest and most creative place in town. Cheers to that! 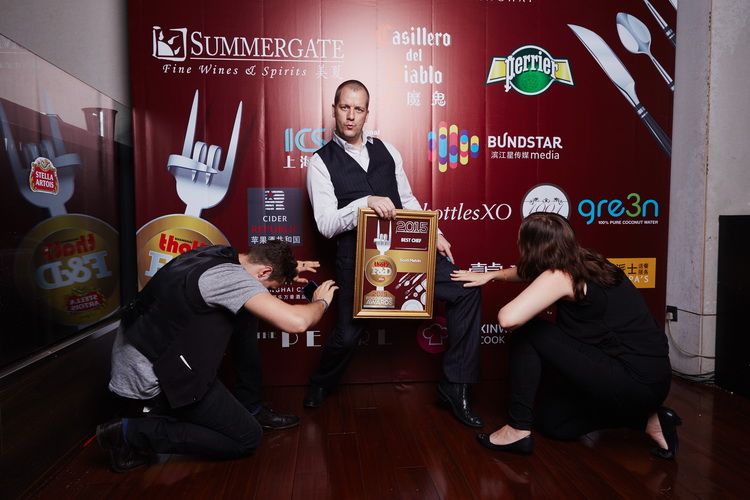 Shanghai’s very own flying Scotsman, Scott Melvin shows the F&B world how it’s done with his delectable (and addictive) dishes. Little wonder that The Commune Social is one of Shanghai’s most popular restaurants. 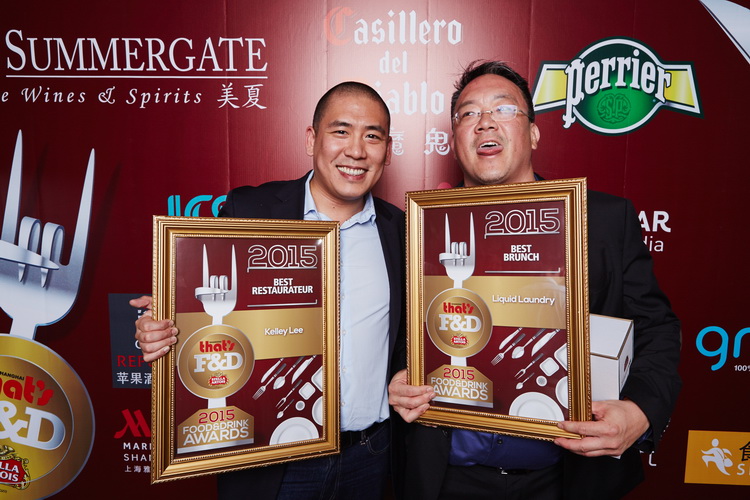 She’s been known to lose count of just how many restaurants she counts in her empire, and Kelley Lee is showing no signs of slowing down. She’s got Sproutworks for when you’re feeling healthy, Boxing Cat Brewery when you’re in need of beer, Cantina Agave for Mexican and Liquid Laundry, for well, any occasion. Pictured here: Liquid Laundry Manager Eddie Lee and Head Chef Simon Sunwoo. 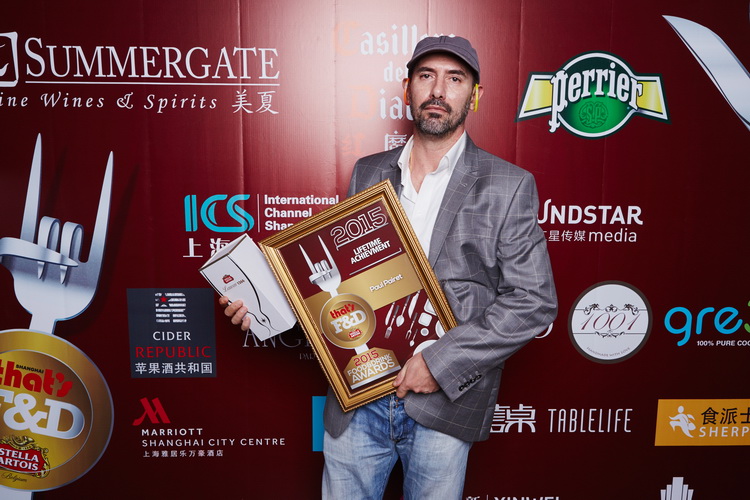 Its location is a guarded secret, reservations are booked up months in advance and the dishes have approached near-legendary status – Paul Pairet’s Ultraviolet shows the world that Shanghai is a new culinary force to be reckoned with. Not to mention the fact that his other restaurant, Mr & Mrs Bund, remains one of the city’s most popular French restaurants after years in the game. Bravo, Monsieur, bravo.