Tucked away in a Xintiandi alley next to Va Bene, Prée is a slick little joint dressed in black and white marble with brushed gold accents. Truth be told it looks like it could be an extension to Kris Jenner's fancy monochrome house in Keeping Up with the Kardashians. 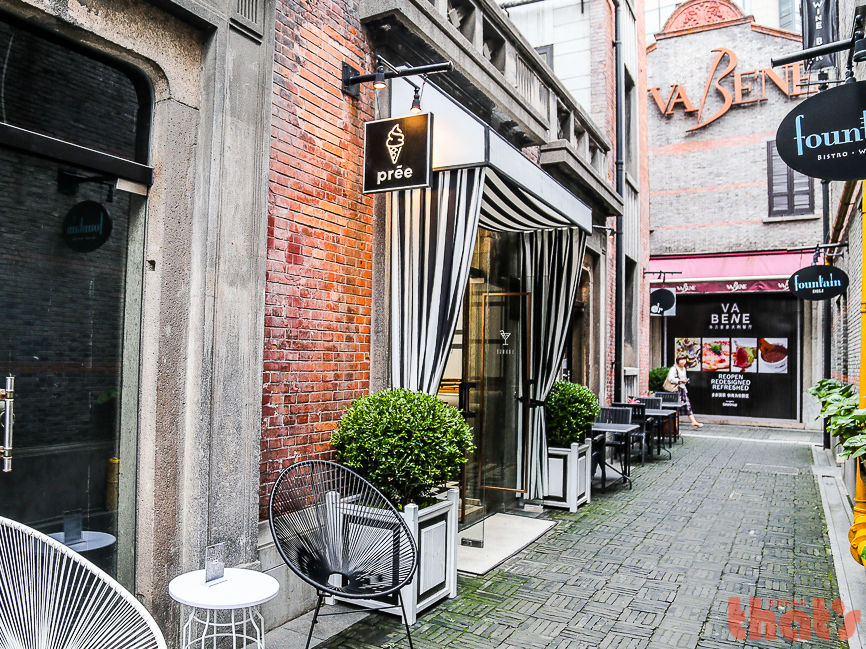 It might be chic inside, but using the term 'lounge' to describe it seems a little egregious. When you say 'ice cream lounge,' I envision large, comfy armchairs, couches, maybe even beanbags and shagpile rugs. In Prée's sense of the word, it's a smallish room with a counter and six bar stools. So before anyone gets excited thinking they'll be lounging around whilst eating sundaes, 'ice cream bar' is a more accurate description of this place.

Naturally the menu here involves ice cream, but this ain't no fish-you-a-scoop-out-the-freezer deal, nor is it quite like the liquid nitrogen churned ice cream that's  become trendy these days. And the result is delicious. With a texture that's more akin to soft serve than conventional scooped balls, the fundamental flavors of the ice cream are rich, satisfying and truly dessert-like.

But here's the kicker, it's expensive as hell.

Cheapest is 'three bean vanilla' (using Madagascan, Mexican and Tahitian vanilla beans) at RMB42 for a 100ml tub. Other classics are 'the master chocolate' (RMB58, below) and 'Uji matcha with genmai' (RMB42). 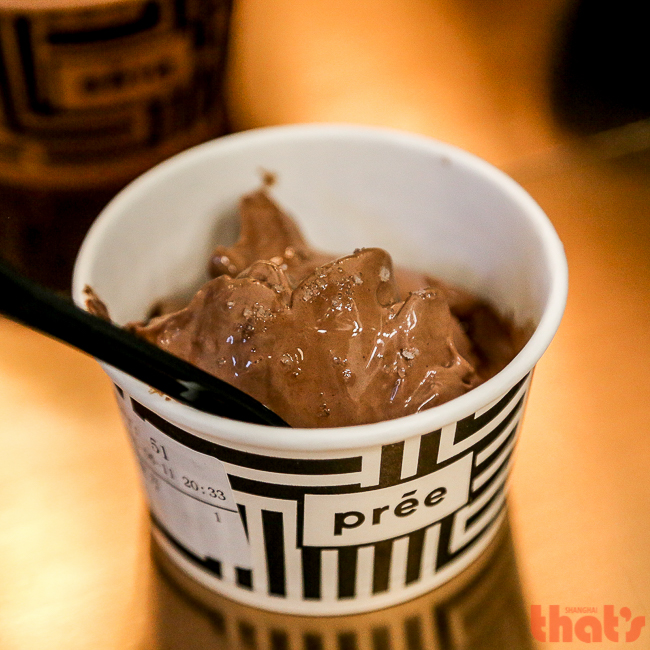 Unconventional 'innovation' flavors are geared towards the more adventurous, including 'goat milk with manuka honey,' 'peppercorn and pistachio', 'lemongrass and ginger.' Out of sheer curiosity we tried Prée's most expensive at RMB88: 'black truffle' (below). 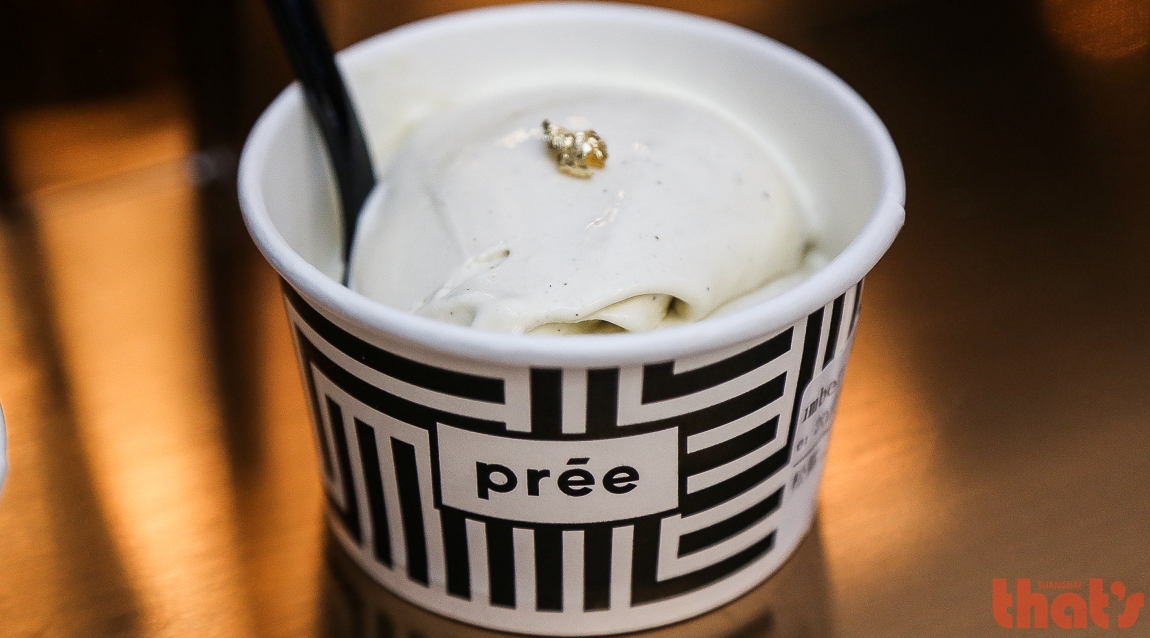 God damn it was good – salty, sweet and with a pronounced truffle kick that *almost* justifies paying 14 US dollars for a small tub of ice cream.

Other flavors on the menu can be paired with alcohol, namely 'England black ale' (RMB58, below) and 'bourbon with roasted cherries' (below, RMB68), which was also very tasty since they poured a whole shot of Maker's Mark on it. 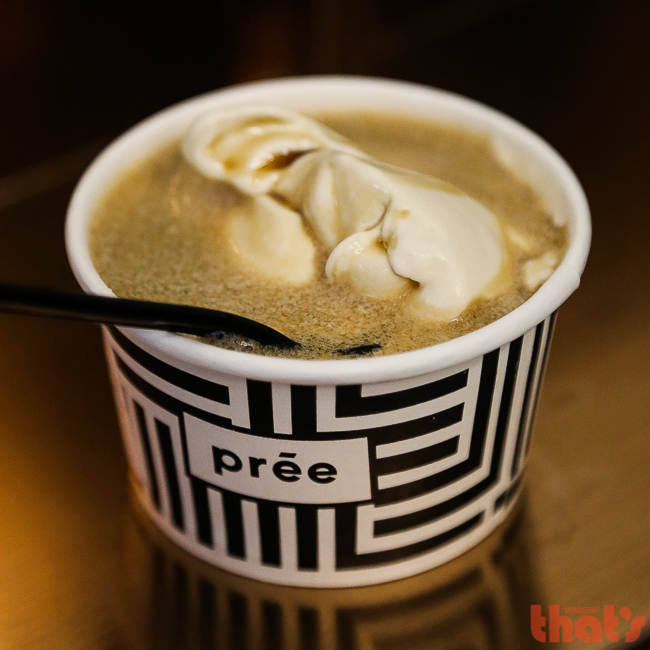 We would have tried more flavors, but literally ran out of money because Prée does not accept credit cards and is cash only. It's not busy here thanks to its discreet location, and exclusive prices.  Annoyingly, there's little in the way of information and/or explanation of Prées methods in the shop which would probably go some way in justifying those sky high prices.

There's not even so much as a company WeChat to scan, and while the servers are pleasant, none were forthcoming about the ice cream process or the overall experience. Goes without saying you're not coming here for good value. But with that said the ingredients here are premium and the ice cream is made to order, so if you're after just a little taste of luxury, Prée's creamy indulgences ultimately hit the spot.

> See a listing for Prée here.