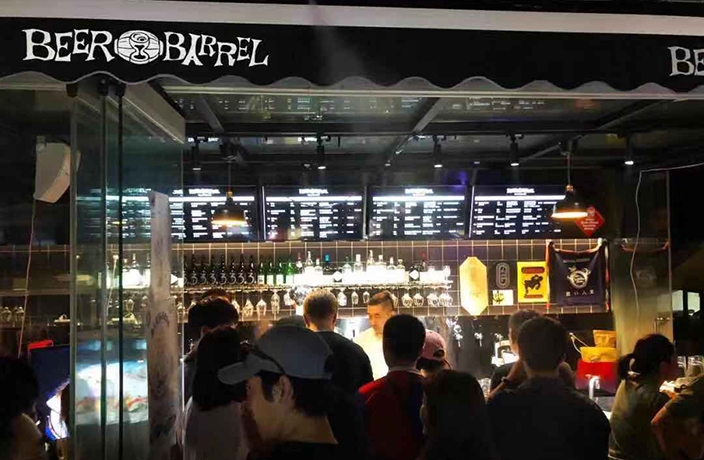 There could not be any greater difference between the two most famous cities in China. Shanghai is a posh playgirl's dream, pandering to bright lights and fancy nights. Beijing is the cultural mecca that oozes with history and a youthful underground rock ‘n roll scene. While 1,200 kilometers separates these two megalopolises, there is one thing that brings them together. Beer!

Jing-A is one of China's most renowned craft breweries, as their products can be found nationwide and at their Beijing-based brewpubs, there is always a new seasonal on tap that certainly must be sampled. Brewful Life is a Shanghai-based beer media platform that focuses on the promotion of craft beer culture and distribution of the most detail-oriented brews found in China. Together, these forces of craft combined to create a new beer that rings the bell for both cities, and the Bearded Bear was lucky enough to experience more than a few glasses of this featured gose at the recent Jing-A Tap Takeover at Beer Barrel in Shanghai. 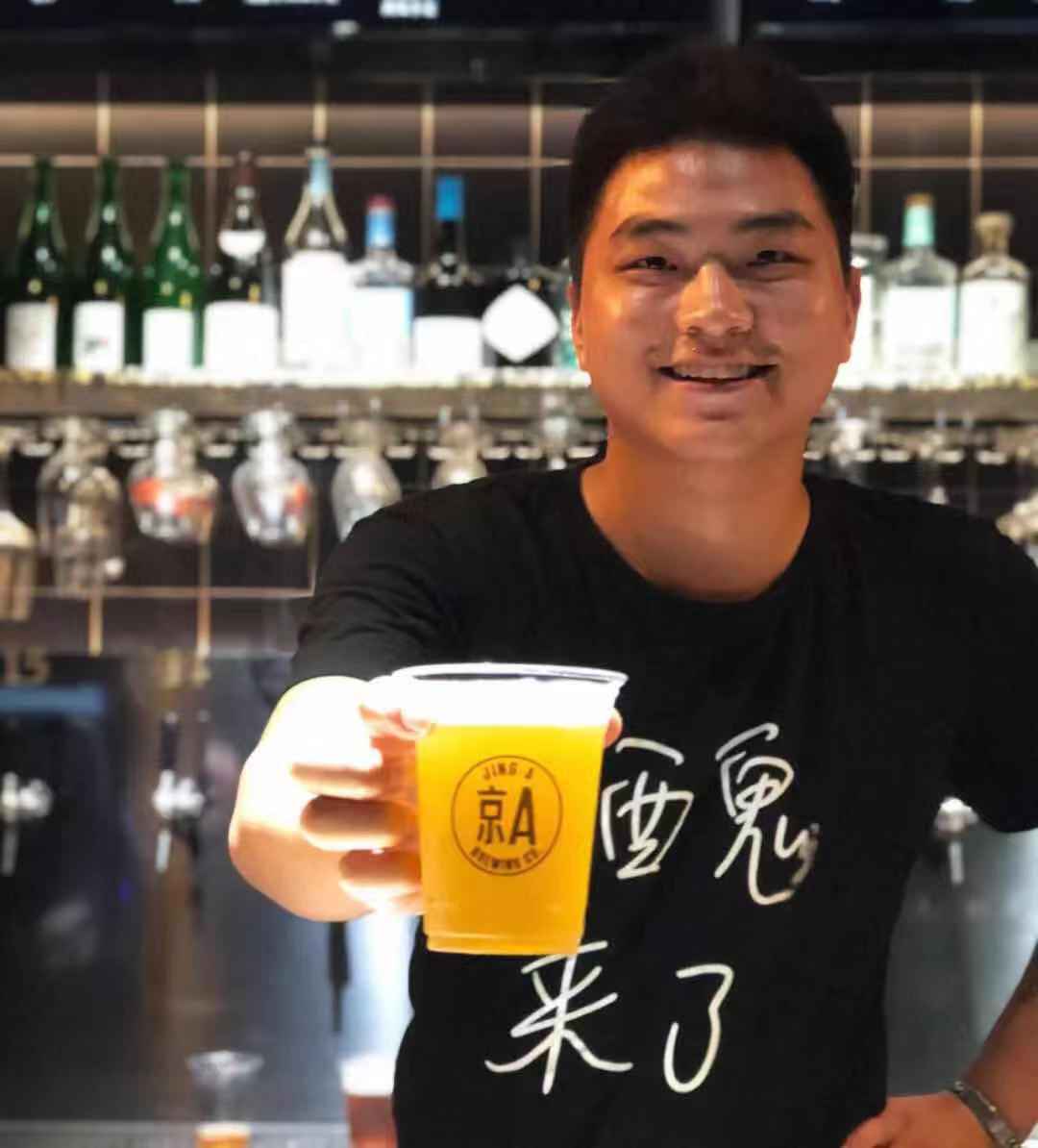 There is an orangish head that rests softly on the beer, with a rich and juicy aroma. The tartness can be sensed right from the nose but still reminds me of a sweet Orange Julius, that is if you are from America and remember that drink. Salty and sweet, the orange gives it plenty of body, almost like a candy that melts in your mouth. It is quite refreshing and combines classic Chinese carbonated beverages with oranges and alcohol. Way more juice flavor than beer, this one is smooth. You can really get a salted dryness at the end that balances out the usual tartness of the gose, and just that extra added salty bit really goes a long way into making the beer flavor much more complex. There is just a light touch of earthy herbal hops maintain a proper bitterness, resulting in a super sessionable brew. Leo, the head of Brewful Life, described the process both sides approached when brainstorming this fruity collaboration:

“Basically, [Brewful Life] has known Jing-A for many many years because we know how good they are doing in China these days but we feel so honored that they came to us and asked if we wanted to do a collaboration beer. We were thinking about Beijing and Shanghai as the two most famous cities in China, so we have to come up with some unique and special. We then got to thinking, what is the most popular soda drink in Beijing and Shanghai?"

“The answer from Beijing is definitely 'Beibingyang,' it's an orangish soda. But from Shanghai, if you are OG enough, if you are from the old generation, the 'yanqiquan,' the salty soda water is really popular. Beijing people think that it tastes like mouthwash. After that, we came up with the name because there is a celebrity that you know, Zoe Bing Bing, Fan Bing Bing, Li Bing Bing, so they are like every man's fantasy. So that kind of lights it up a little bit, yan means salty and bing bing means like baby yang, and altogether we tried that orange flavor and salty flavor in this beer." Shanghai Ren are not often afforded the pleasure of partaking in unique Jing-A brews, thus this beer geek prepared to sample as many kegged creations as possible.

The aroma is floral and fruity with a massively smooth load of passionfruit. Definitely smells like a Hazy IPA, where you can almost taste the richness and juiciness just from the smells emitting from the top of my glass. Strong bitterness, more than was to be expected but it balances out with a cool and crisp passionfruit punch. Those tropical fruit flavors are all dancing around my mouth, even a pinch of pineapple is peeking out from behind the flavor wall. Actually, this is a very mellow beer, assuming because all the passionfruit in it softens the malts and hops. Only a bit of bitterness is left in my mouth. Light yet filling, this beer has good carbonation to give that fruity flavor a lift. A very light aroma lifts from the glass. Smells just like a wheat beer with only a very subtle hint of watermelon. Taste is light like an American wheat beer, not much tanginess or clove that would be expected from a German or Belgian wheat beer. The watermelon is also very subtle and smooth, understandable why this one is their seasonal summer ale. Plenty of these could be thrown back on a weekend. Watermelon and wheat. It is what it is, and what it is a refreshingly good beer. Malt and toffee come off the aroma, as well as a very earthy and mild touch. The taste is quite bitter and a bit tart. This one is definitely the least sessionable of the beers but has an interesting flavor. The sharpness of the alcohol lingers in the throat and has a slight burn to it. It is a meaty beer with full body and high carbonation but very light on the hops. Maybe it's all the beers before this one, but all the flavors seem to muddle together on the tongue. Once it warms up a bit it is quite smooth and all the bitter, tart and sweet flavors make a much more harmonious union. Good thing for the Shanghai summer heat! Thanks to both Jing-A and Brewful Life for hosting the Tap Takeover and promoting craft beer vigilance within the Middle Kingdom!