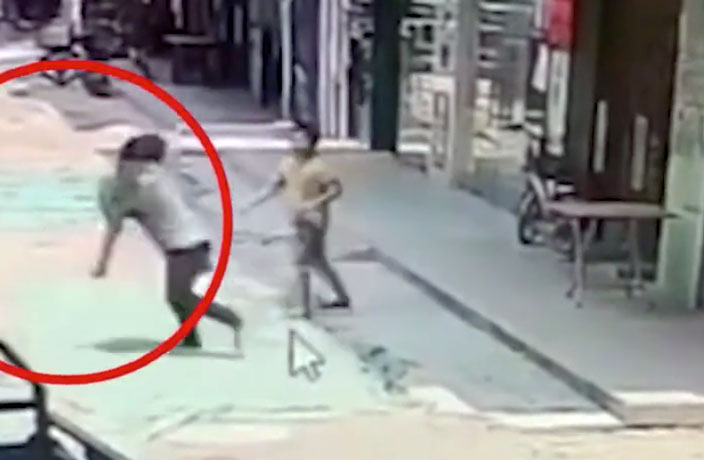 Police in Dongguan have detained a 30-year-old man for the attempted abduction of a 3-year-old boy from outside his grandfather’s restaurant on May 18, according to the Paper.

In footage of the child snatching, the man, identified by his surname Liu, can be seen running up to an older boy and attempting to lead him away. When this fails, he turns back and snatches the boy’s younger brother before running away with the small child. The older brother can be seen giving chase in the video, which was presumably captured by a nearby surveillance camera. 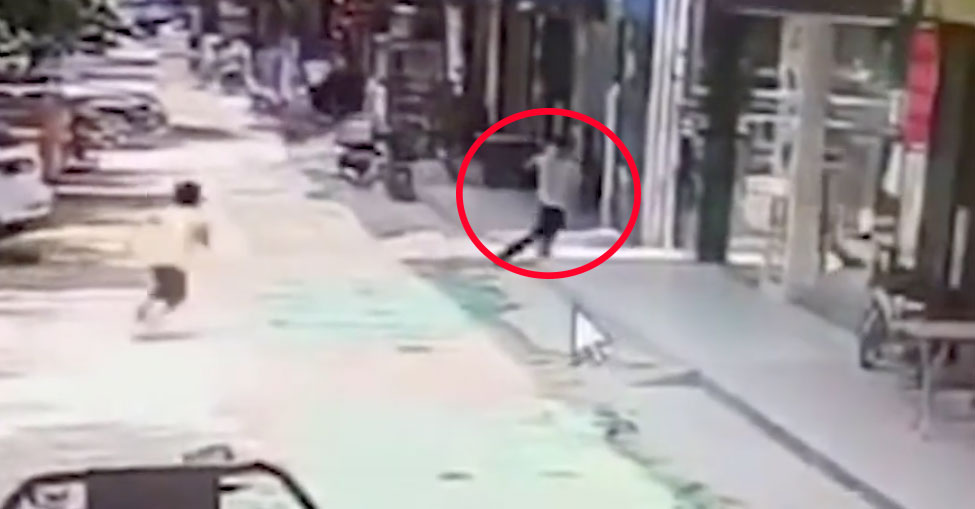 Liu was eventually subdued by the boy’s family members and local residents. Afterwards, police arrived to detain the child snatcher.

Watch below to see the man take off with the small child (VPN off):

A statement from Dongguan Public Security Bureau indicates that Liu had run away from home after having an argument with his family and that he was not emotionally stable. At the time of his arrest, he was allegedly unable to communicate and was suspected of suffering from mental issues.

According to authorities, Liu does not have a criminal record (prior to the attempted abduction, anyway) and has not been formally diagnosed with a mental illness.

Child abductions in China are not a new issue. According to China Daily, an estimated 70,000 children go missing each year in China, taken to participate in forced labor or prostitution or for adoption. Other estimates put that number much, much higher, at nearly 200,000. Where there is agreement, though, is “that only a very small number – perhaps as few as 0.1% – are ever found and reunited with their families,” according to Radii China.

Earlier this year, a man was arrested by authorities after he attempted to take a mother’s 2-year-old child in the middle of a busy shopping mall in Shenzhen. Late last year, three women forcibly took a mother’s baby from a stroller outside a shopping mall in Beijing’s Fengtai district. The baby was recovered moments after the incident took place and the whole thing turned out to be a misunderstanding.