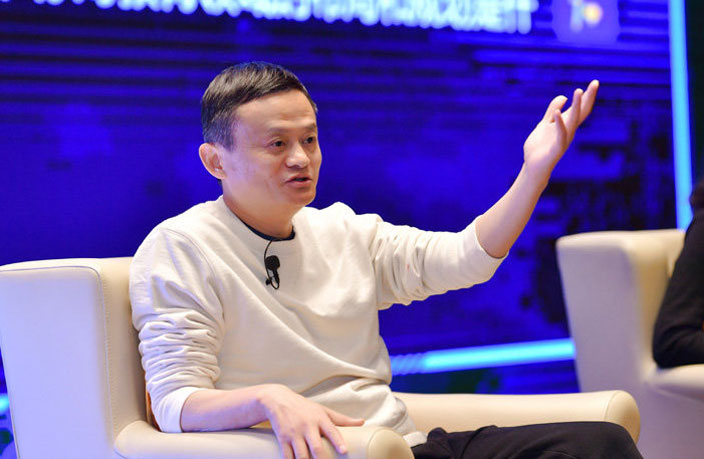 Alibaba CEO Jack Ma recently gave employees a tidbit of advice, telling his staff that they should be working 12-hour days if they want to succeed.

Ma spoke to colleagues on April 11, discussing the trending topic ‘996,’ a much-discussed term in the tech industry, describing how some people are expected to work from 9am to 9pm, six days a week.

In a Weibo post released by Ma the following day, he shared the transcript of his speech along with further sentiments on how “exerting oneself will bring happiness.”

Below, we’ve translated the opening paragraph of his transcript for our readers:

“Regarding 996, right now it’s currently a hot topic in the country, with many companies having this workplace issue. I personally think that doing 996 is a huge blessing, but many companies and people think 996 does not provide any good opportunity. If you’re young and you don’t work 996, then when can you? If you don’t work 996 in this lifetime, you think you’ll feel proud? In this world, every single person hopes for success, hopes for a beautiful life and hopes to earn respect. So I ask all of you, if you don’t put in more time and effort than others, how can you possibly realize the success you want to achieve.”

While we could imagine Ma has put in plenty of ‘996’ workweeks over the years, the timing of this statement comes as he nears his final stretch as the company’s CEO. He is expected to hand over the company in September 2019.

Ma’s comments heated up an ongoing debate amongst young Chinese workers on the demands of the modern workplace, especially in the tech industry.

Netizens on Weibo responded in a multitude of ways to Ma’s remarks on the topic. Some agreed with Ma’s philosophy, with one woman posting, “What Father Ma said makes a lot of sense because happiness is brought about by exerting oneself, but if you take his speech out of context you may not fully agree. He is the representative of Alibaba, and after all, the material wealth that Alibaba has gained can’t even be compared with other companies.”

Another Weibo user posted a photo of a parody ‘996’ T-shirt, which reads, ‘go to sleep at 9, wake up at 9, everyday work six hours.’ And, of course, it’s available on Taobao. 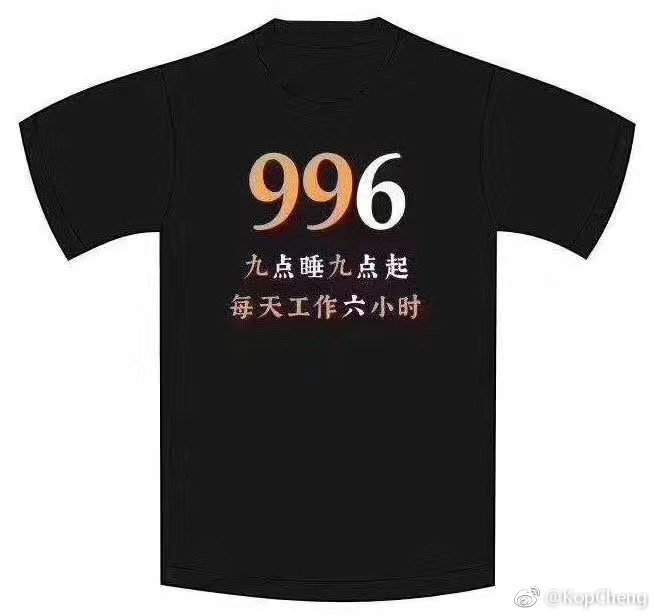 But, while some have endorsed Ma’s big talk, others argue it’s not always the hours that bother them, but rather the lack of compensation for overtime work.

One netizen posted, “I disapprove, overtime work should mean overtime pay.” Others pointed out the strain that so many working hours can have on one’s life, “[996] virtually deprives the individual of their life, study time, family time, etc. Spending long hours at work can indeed bring about more value to the company, but if more companies start to imitate this style, it’ll just be another form of exploitation,” another user expressed.