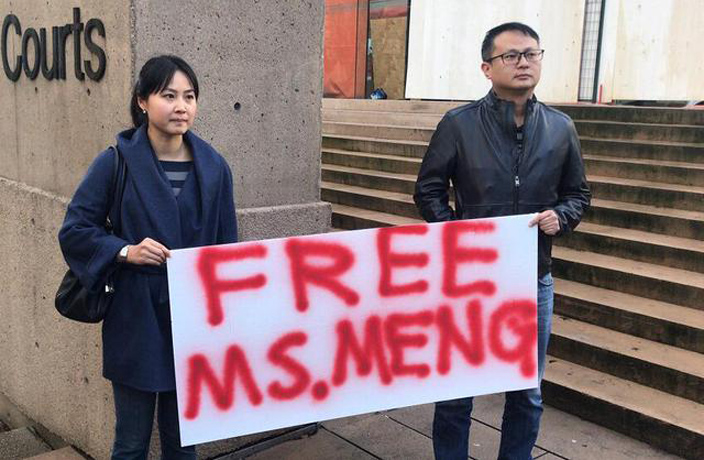 Huawei CFO Meng Wanzhou has been held in Vancouver, Canada since December 1, after being detained over an alleged violation of US sanctions on Iran. Now after two days of court hearings, the judge has yet to make a decision on whether someone can post bail for Meng, releasing her from Canadian custody while she continues to stand trial in Vancouver. 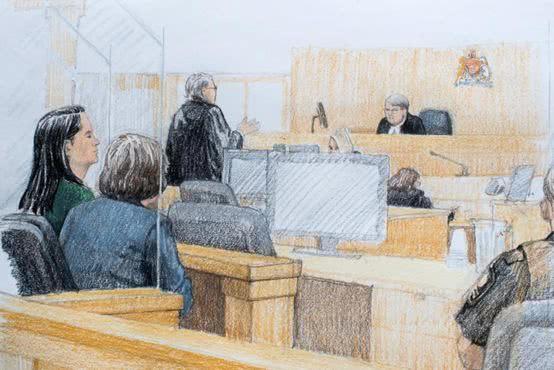 Meng Wanzhou in court for bail hearing. Image via @传奇人生201807/Weibo

Justice Ehrcke, the judge presiding over this high-profile case, delayed the decision hearing into Tuesday citing concerns that Meng and her family could “lose CAD15 million and go on with their life, and their lifestyle wouldn’t be appreciably different,” according to CBC news.

Meng’s team of lawyers have argued that she should be released ahead of her US extradition hearing due to health issues and doesn’t pose a flight risk because of her close ties to Vancouver. As a survivor of thyroid cancer, Meng needs daily access to drugs, according to her lawyers.

Meng's arrest appears to have been in the works for months, as a warrant for her arrest was issued August 22. Canadian authorities prepared for the arrest as soon as learning of her travel plans through Vancouver.

Meanwhile, in China, the government has repeatedly called for Meng’s immediate release, claiming her detention is a violation of human rights. Both US ambassador to Beijing Terry Branstad and Canadian Ambassador John McCallum have been summoned by China to protest Meng’s detention. According to Business Insider, Canada canceled a trade mission to China due to Meng’s detention and fear of retaliation. 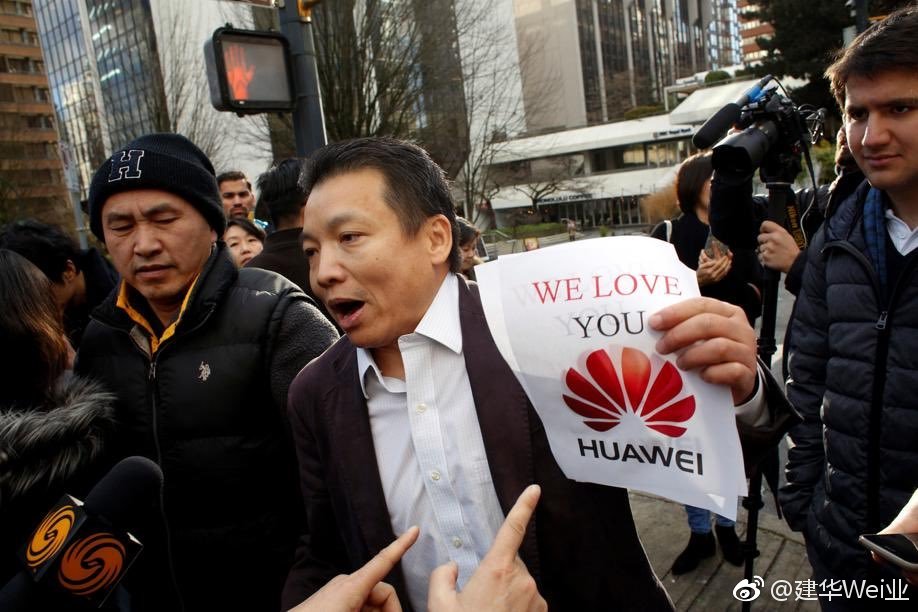 A man protesting outside the courthouse in Vancouver. Image via @建华Wei业/Weibo

This has been, to say the least, a curveball in US-China relations as President Trump and President Xi look to strike a deal to normalize trade relations after meeting at the G20 Summit on December 1.

Canada has played a significant role in the matter and received condemnation from Chinese officials. Meanwhile, Chinese netizens are raising qualms over the Great White North's cooperation with the US. One netizen wrote, “Canada has transformed from a sovereign country to a hatchet man of the US.” Others are voicing strong support of the country’s largest mobile phone maker, with one person posting, “[My boss] has said Meng Wanzhou was kidnapped by America, let the 5G war begin,” adding that his boss will offer everyone a Huawei phone to replace their iPhones to show support for the Chinese company.