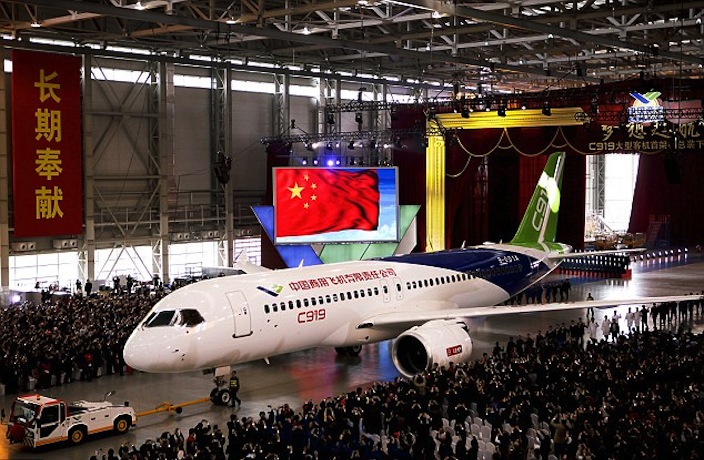 The C919, manufactured by Shanghai-based firm COMAC, could soon compete against France's Airbus and America's Boeing when it makes its maiden flight later this month.

The first round of tests for the 168-seat and single-aisled jet were completed in December, according to People's Daily. The jet is now ready for ground tests.

There have already been 570 orders for the C919 since China Eastern Airlines became the first company to sign for a model. China's SPDB Financial Leasing and CITIC Financial Leasing have also ordered 20 and 36 jets, respectively.

While the plane's price tag is still unknown, China National Radio made predictions last June that the aircraft would be priced at around USD50 million. That's up to thirty percent cheaper than similar Boeing and Airbus models. The C919 is set to make its first flight later this month, though the exact date is yet to be confirmed. But don't expect to fly on the plane just yet — follow-up tests will take another three years before the plane can be used commercially.