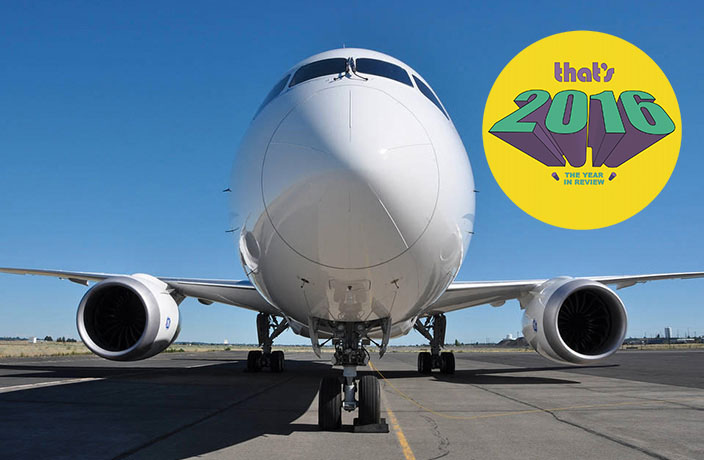 A look back at some of China's most lavish purchases of 2016. Buying a house can be easier than ever before, because apparently all you need is 20 phones and 20 boyfriends. That's supposedly how one woman did it, anyway, in a story that made waves on Chinese social media in November. It's unclear if the story is actually true. Over the summer, an 11-year-old used his mom's debit card information to blow more than RMB100,000 on the Chinese social media platform QQ, much of it spent on games. The mother didn't have a clue about what was happening right under her nose until she was notified that there wasn't enough money in her bank account. She later told local media: “I went to ICBC to check my account and then got scared to death. I was missing about RMB100,000.” We all know that truffles are an expensive commodity. But white truffles are something really special. They are so special that Dong Zhenxiang, the founder and owner of Da Dong Roast Duck, was willing to pay a whopping RMB772,000 (USD112,000) for a giant white truffle at an Italian auction in October.

7. The UK pub where Xi Jinping and David Cameron shared a pint A Chinese firm bought a Buckinghamshire pub visited by President Xi Jinping last year. The pub, called the Plough at Cadsden, became a symbol of the ‘Golden Age’ between China and Great Britain of 2015, when Xi met there with then-Prime Minister David Cameron. A Chinese letter dating back nearly 1,000 years was purchased for RMB207 million (USD31.7 million) at an auction in Beijing back in May. The relic was bought by billionaire Wang Zhongjun, chairman of Huayi Brothers Media. A classical Chinese painting entitled Five Drunken Kings Return on Horses recently sold for RMB303 million at an auction, making it the highest amount paid for a single Chinese work of art this year. The artist’s name was Ren Renfa, who was a high-ranking official during the Yuan Dynasty (1271-1368). 22-year-old "Super Girl 2016" contestant He Chengxi has undergone a string of cosmetic surgeries over the course of eight years to be a doppleganger of superstar celebrity Fan Bingbing, who is widely accepted as the classic Chinese beauty. It's unknown how much He has spent on the procedures, which are likely very costly. Speaking of Fan Bingbing, the celebrity recently put a payment down a super luxurious home. Photos of the estate leaked online for everyone to judge and admire/envy/hate. Sigh. #housegoals. We've all heard about private jets, but the latest creation by Kestrel Aviation Management is outrageously kitted out with everything you'll probably ever need. The jumbo jet serves as a high-flying hotel, kitted out with exquisite bathrooms, bedrooms and dining suites. Costing roughly US$325 million (RMB2.1 billion) with a US$100 million (RMB667 million) maintenance fee, the jet was recently bought by an anonymous Chinese person and delivered sometime in August.

AC Milan (sale not completed yet) Football club AC Milan, owned by former Italian Prime Minister Silvio Berlusconi, was in talks to be sold to a group of little-known Chinese investors this year. But the purchase hit a snag when reports emerged that the investors allegedly used false bank letters during initial deal negotiations. The sale has been pushed back to March 2017, the South China Morning Post reports.